Sounds of the Skies: Beyond the Dream

When asked by Mishio what her dream is, Kanata is unsure how to answer. Kanata is given a letter sent to Rio from the Roman Emperor, and goes to find Rio so she can sign it. Whilst in town, she runs into Yumina and learns why Mishio asked her. Kanata later learns from Naomi and Maria that Rio might have wondered off somewhere. Kanata later finds Rio at some ruins, who was wondering about the true story behind the Maidens of Fire that Aisha had told them. Rio then explains that outside of Seize, there are a lot of wars going on. Later that night, Rio takes Kanata on a hot air balloon ride, where she tells her her dream of rebuilding the airplane. The next day, as Kanata is picked to play the role of a fire maiden, Kanata decides her dream is to follow Rio on her dream. 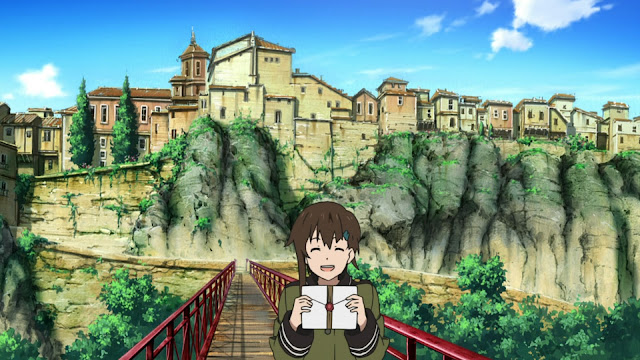 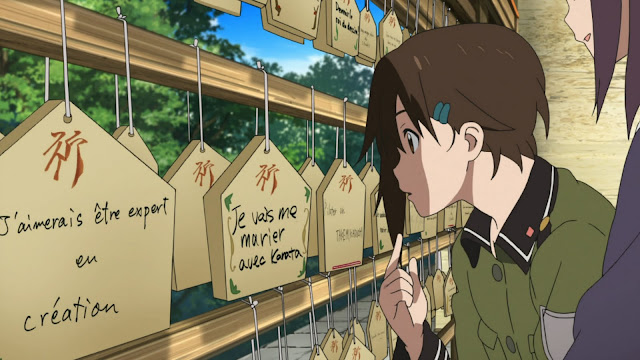 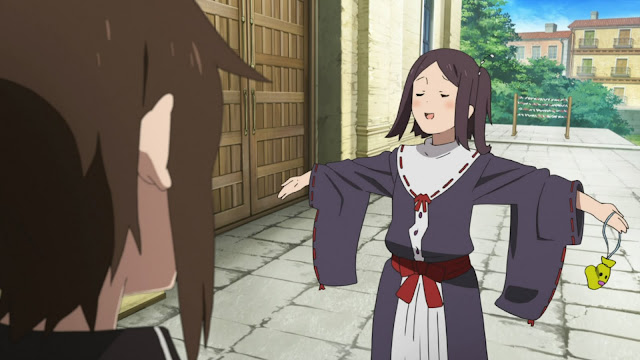 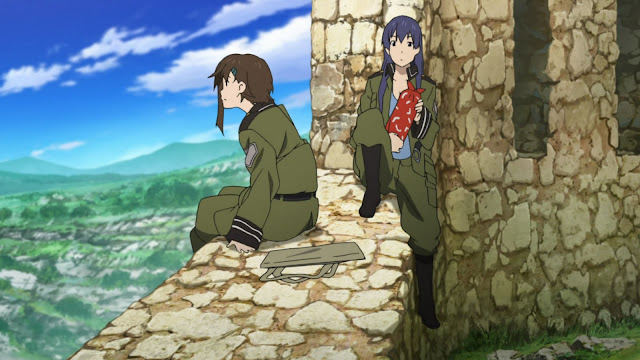 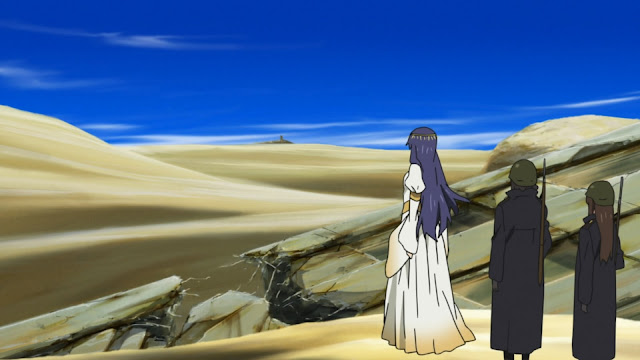 Occurring after the cease-fire between Helvetica and Rome, this episode was distinctly more serious compared to the previous OVA. The primary focus of the episode is the concept of self-actualisation, casually brought up when Katana goes around asking people what their dreams for the future are. When she speaks to Rio about the latter’s dreams, she comes to realise that her own dream is to follow Rio on her objective of seeking out lands untouched by the great war. Rio is content with this arrangement primarily because she realises that Kanata’s journey with her will eventually lead KanataThese aspirations offset the initially depressing mood when it becomes clear that the war had accelerated the desertification of the world, reflecting on how while there are always a set of larger issues that need to be addressed, there also is the potential for a positive future that is worth working towards. A curious and rather nice touch to this episode was the return of events to the Water Festival, bringing things a complete circle to from where everything started, except this time, Katana is the fire maiden. The OVA also features some curious, small details, such as Seiya’s ema wishing to marry Kanata one day and Noël’s desire to be a ‘cute wife’. Ultimately, this bonus OVA comes across as being a more suitable ending to the entire anime, especially with respect to Rio’s monologue about taking the initiative and grasping the future. 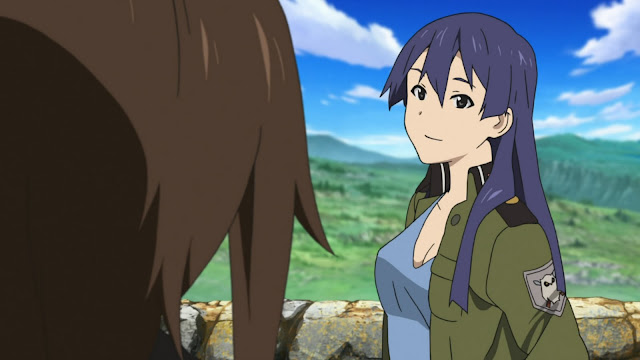 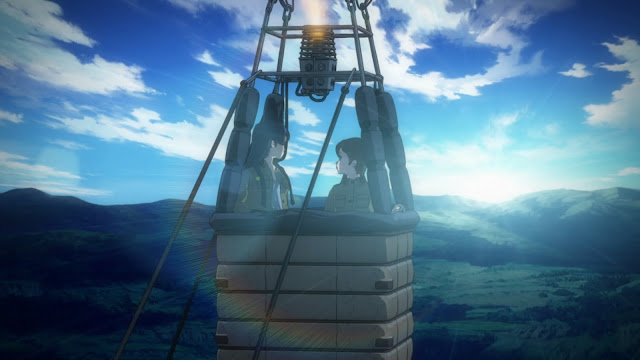 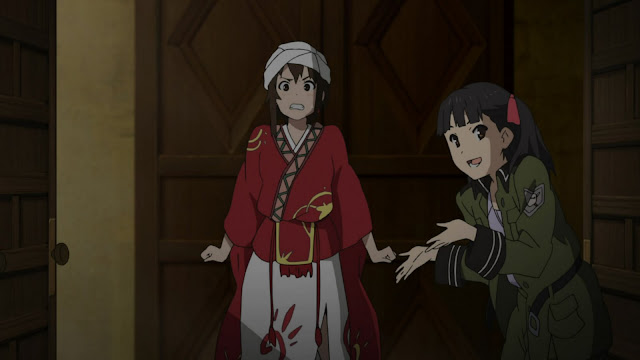 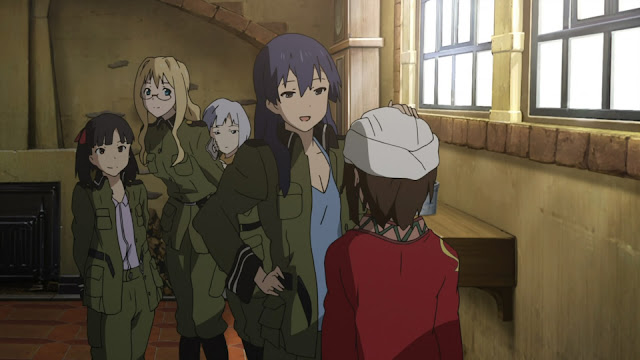 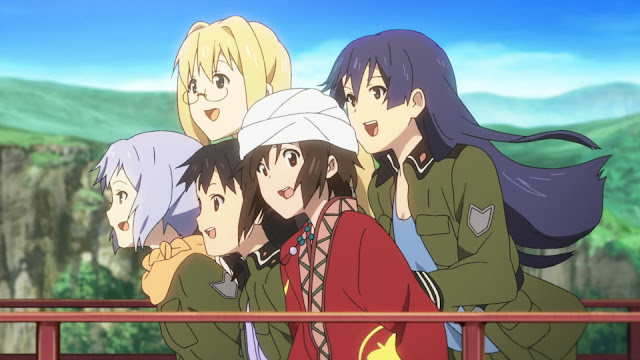 I initially encountered Sora no Woto during the summer of 2011 and downloaded it out of curiosity of its unusual setting. I’ve found time and time again that some of the best anime out there are around 12 episodes long. This arises from the idea that a concise, simple story can be told in a relatively short time-frame.

One response to “Sounds of the Skies: Beyond the Dream”