Medieval Mode is one of the most amusing gameplay variants in Team Fortress 2. Set in an alternate universe where the Red Soldier displeased a wizard, the only permissible weapons are the melee weapons, the Crusader’s Crossbow, the Huntsman and the heavy’s lunch box items. DeGroot Keep is the only official map and is a control point gametype. Compared to conventional games, there are several differences, notably the fact that players drop small health kits on death and the Übersaw does not build up the Über Charge meter. However, I came across an unofficial Medieval payload match today. Armed with the Half-Zatoichi and the Splendid Screen, I charged and cut my way to victory. 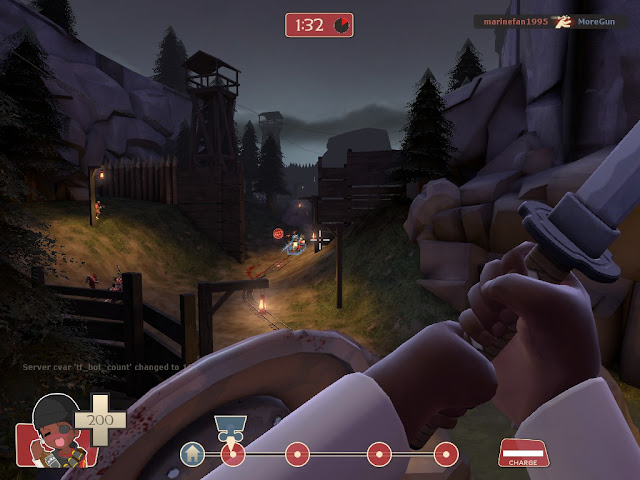 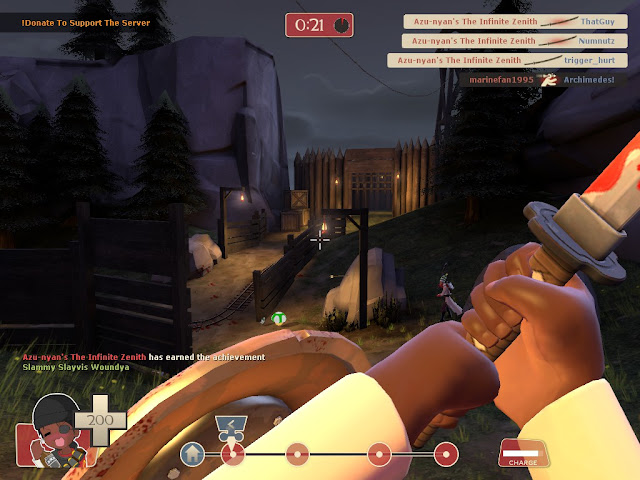 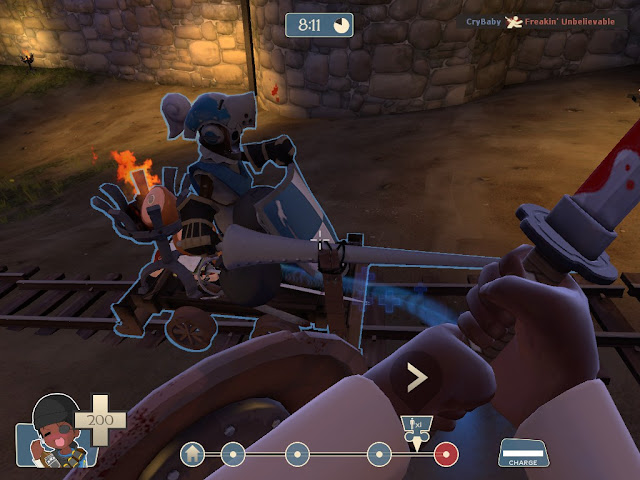 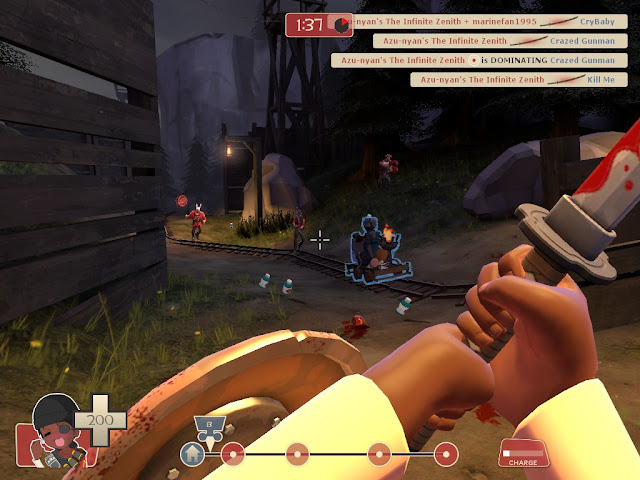 I had acquired the Half-Zatoichi and the Splendid Screen recently; while I previously did not play as the demoman, the acquisition of these awesome new melee weapons has made Medieval mode one of my favourite gametypes in Team Fortress 2. The former is an honour-bound weapon that can only be sheathed on a kill, and the latter offers less damage resistance compared to the Chargin’ Targe but compensates by doing 70% more charge impact damage. This unusual combination proved to be remarkably effective, despite the Half-Zatoichi’s reduced range compared to the Eyelander and Nessie’s Nine-iron. This is thanks to the sword’s awesome capability to restore one’s health completely on a successful kill. With a base damage of 65, the sword can deal up to 195 damage on a critical strike; pairing it with a shield will allow one to easily dispatch the weaker classes in a single shot.