“Magnum and sprint? That’s it?” “It’s all I need.” -Arbiter on the awesomeness of the pistol. Arby n’ the Chief, Digital Fruit Cakes.

Halo PC was released way back in 2003, being a direct conversion of Halo for Xbox (released in 2001). Shortly after, a free trial was released, including the campaign level “The Silent Cartographer” and the now-classic multiplayer map “Blood Gulch”. Given that this trial was free, it is hardly any surprise that many bored gamers downloaded this version and began getting familiar with the mechanics of Halo PC. As such, following its release, “Blood Gulch” servers were the most numerous of the Halo PC servers. This is an article I found sitting around on my hard disk, and was once posted to my website. I now revive this article in its original glory.

Contrasting Halo PC and Halo 2 PC, there exists a very unique set of tactics that players adopt when playing solely on Blood Gulch, a wide open map set in a closed valley. There are two bases at the ends of the valley, with cliffs and caves lining the edges of the map. The original Halo for Xbox involved a multiplayer by system link and involved up to 16 players. As such, most strategy guides out there assume that one is on an Xbox and are playing with their buddies on a weekend. However, when paired with other players online, elements of communication fracture, and as such, so will any notion of teamwork amongst most players. Halo trial comes with two main modes of gameplay: slayer and capture the flag. The two modes start a player off with different weapons (plasma pistol and assault rifle plus pistol, respectively). However, the techniques generally remain the same with the weapons. Thus, let’s begin by considering slayer. 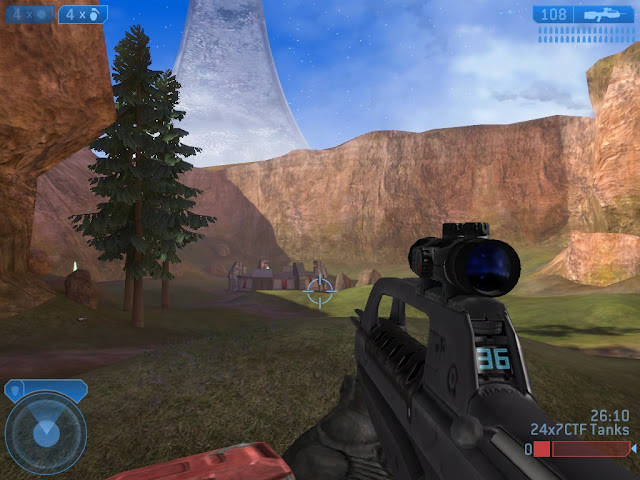 Slayer is the most straightforward of the gametypes; the goal is simply to get as many kills as possible to either reach the limit (usually 25) or until time runs out. In Halo PC, the only map is Blood Gulch, and as such, a mid-range weapon is always advisable. This role is satisfied by the M6D Personal Defense Weapon System, better known as the pistol. Its scope, coupled with heavy hitting rounds and high rate of fire, makes it behave like a designated marksman rifle; four shots will decimate any player without overshields. The choice of secondary weapon depends on one’s preferences: a shotgun or sniper rifle are advisable for extreme range combat. From a personal experience, having a sniper rifle and a pistol plus a handful of grenades is more than sufficient to easily dominate a match. Capture the Flag (CFT) is driven by bringing the opposing team’s flag to your team’s base. Teams usually have several players on offense, several providing support and several on defense. These concepts go out the window in Halo Trial; players usually stand still and are generally useless all around, or else go on the offense and leave their flag completely undefended. Typically, winning teams in Halo trial have a single player who carries out the offensive roles, and a handful of players who do little more than decimate opposing players. 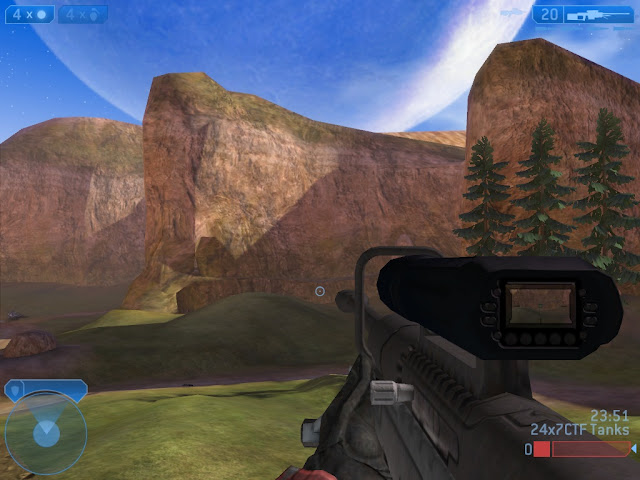 With that in mind, there are four main classes of players in Halo trial: 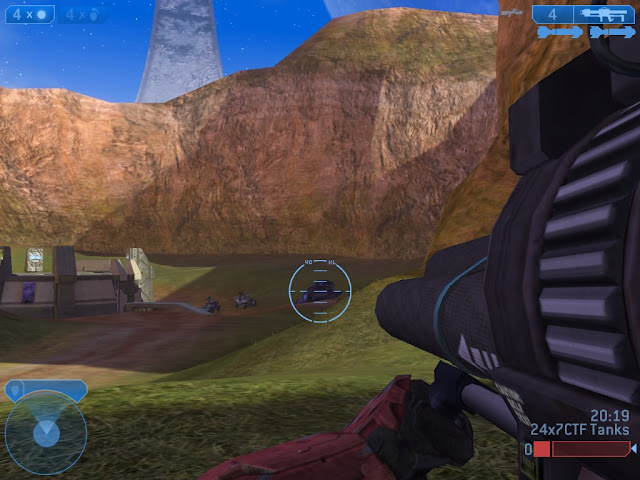 Generally speaking, players who use vehicles tend to be the most irritating to engage. There is a specific set of tactics that may be used to defeat players using Warthogs. 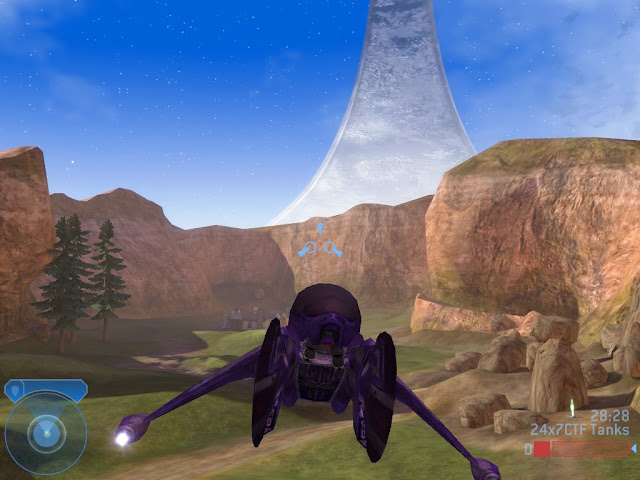 Players piloting the banshee are the most difficult to eliminate. Players out on foot in the middle of the map have very little chance against a banshee, so it is advisable to take cover in the bases or the caves near blue base immediately when the distinct wail of a banshee is heard. There are several special techniques one may attempt to defeat one, all of which are context sensitive.

Other than these tips for handling vehicles, the traditional rules of FPS apply here: always keep moving and strafing to avoid being sniper targets, use grenades to suppress an area, and always carry the pistol in conjunction to another weapon. Moreover, the old adage of aiming for the head holds true: four well-placed pistol rounds will finish any player. There is a slight delay in pistol shots at longer ranges, so leading shots and predicting where a target is going becomes important. 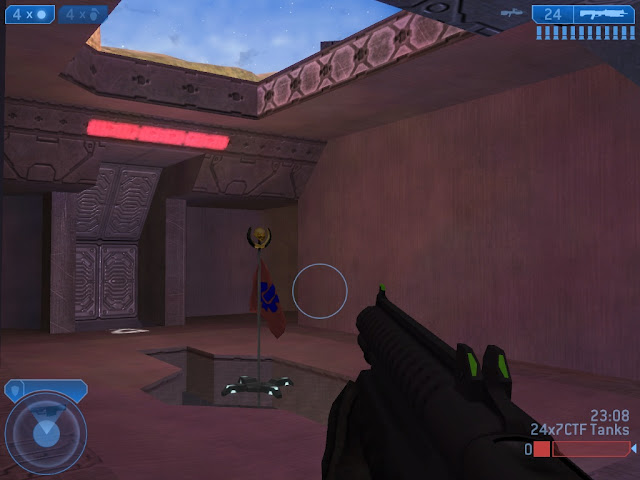 These tactics become indispensable when one goes up against inexperienced players who decide that the Banshee is the only way to get kills. Of late, most of the servers I’ve encountered are hosted by Spanish speakers…who appear insistent on using the Banshee. Playing on 48k modems, their servers are plagued by significant lag, and they will exploit this. Fortunately, most of them are not particularly skilled with the standard weapons: use one of the aforementioned techniques to remove them from the vehicle, and subsequently dominate the game using the pistol. Expect them to insult you in Spanish should that happen, but ignore them and demonstrate that the pistol is mightier than the insult. You may also choose to quit before the lag gets too particularly bad.