The Frontier Justice is a large pump-action coach gun-style shotgun with a wooden stock and ornate engravings on the metal receiver, to which a team-colored cylindrical capacitor with an antenna is attached. While it cannot randomly deal critical hits and has half the shell capacity of the regular Shotgun, it deals “Revenge Crits”: for every kill acquired by the Engineer’s Sentry Gun, two Revenge Crits are stored, while an assist kill stores one. Upon the machine’s destruction (including destruction by PDA), the Frontier Justice is granted with all of the Revenge Crits to use as actual critical attacks. The Frontier Justice is only able to store up to 35 of these crits at one time, which is the maximum ammo the weapon can have; three shots stored in the magazine and 32 stored in reserve. 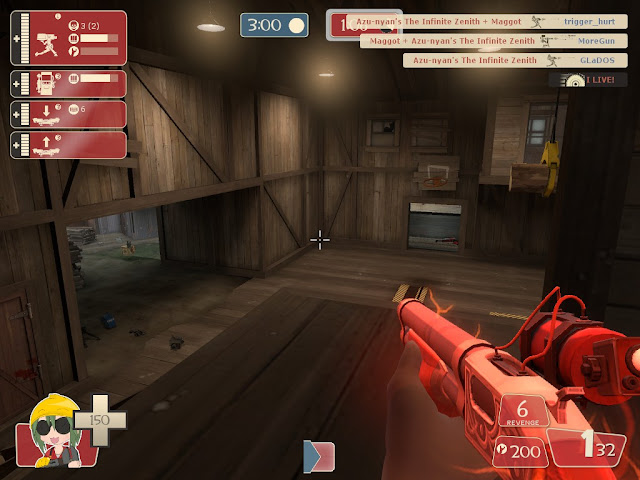 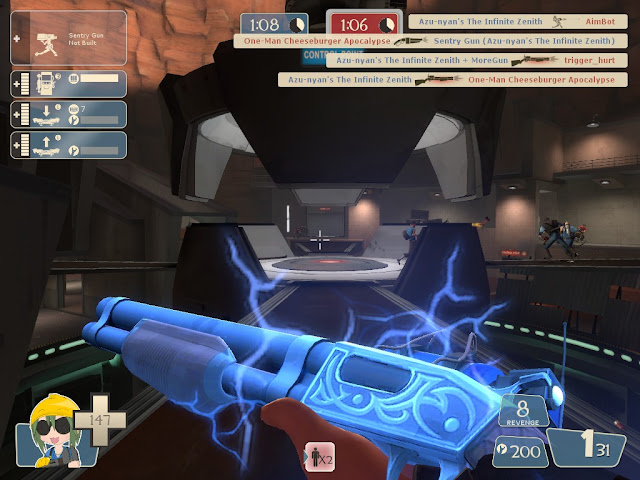 The Frontier Justice is statistically identical to the Shotgun, save the magazine size. This factor makes it difficult to kill multiple enemies with revenge kills, so ideally, the revenge crits are saved for dispatching isolated enemies. It is most effectively paired with a sentry in a combat position, allowing one to get several kills before its destruction; when paired with the gunslinger and its mini-combat sentry, the weapons allow for a reasonable number of revenge crits to be accumulated. The faster build time of the mini-combat sentry makes it a great distraction against other players and may contribute to getting assists that translate to revenge crits.