According to a Twitter post made a week ago, the final two chapters to the Kirara K-On! manga (documenting the university side of the story) will be released on June 9. The Kakifly side of the story (following Azusa and her Fresh Leaf Girls) will continued onwards. 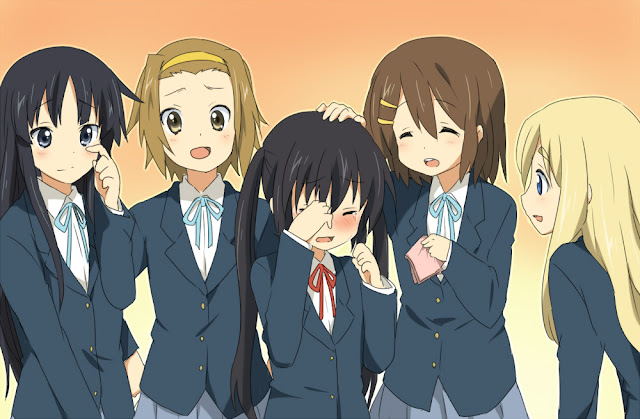 The decision to drop Yui, Ritsu, Mio and Mugi’s side of the story with the university crew was motivated by the difficulty in creating an engaging and realistic story, including exploring aspects of being a university student that are decidedly more mundane (like griping about GPA and courseloads) and social elements. The latter is especially problematic given the format of K-On! In my experience, university students are rather more social than their high school counterparts; on BHSc post-term celebrations and gatherings, there are over 20 different people that show up to events. The implications of this are that a more diverse range of characters will be needed to replicate the good times conferred by these gatherings, something that isn’t practical in terms of production. This aspect might account for why most anime are not in the university setting. Meanwhile, the Fresh Leaf Girls side of the story is capable of continuing, given that it is still set in the familiar high school setting, and having delved into each of the new girls’ backgrounds (such as Sumire’s relationship with Mugi), yields a  new yet familiar dynamic that the original K-On! was well-known for. Their story will continue for an undefined period of time, and likely explore the girls preparing for their school festival and welcoming performances. 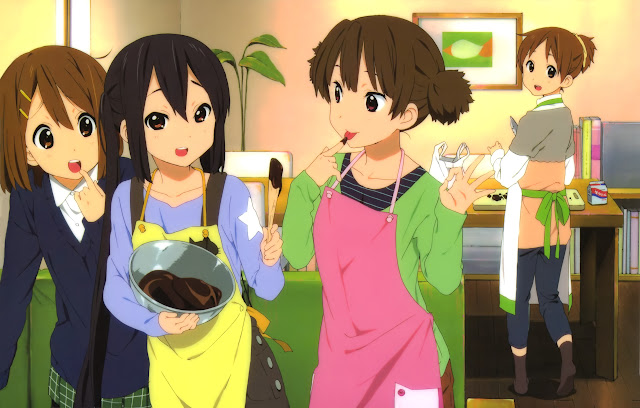 News of this has more or less raised a firestorm within the K-On! community, with fans undergoing a split as to whether or not it should have been the university or high school side of the story that should have gotten the axe. Proponents of the university side of things justify its continuation as necessary to take K-On! to new directions, while naysayers believe that the university setting is too difficult to maintain the manga’s previous feel. Supporters of the high school side of the deal, on the other hand, have to contend with claims that K-On! is effectively returning to its roots with different characters. Those who wish to see the high school side of things continue maintain that the manga is about a light music club rather than the characters. 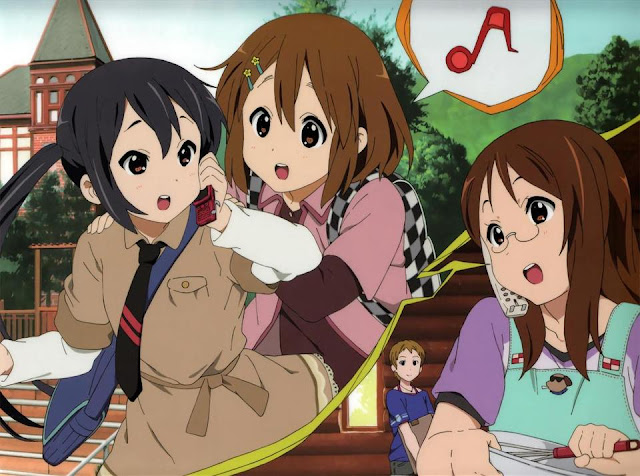 For the time being, it appears that the university side of things will conclude with a performance of some sort. It is plausible that the two stories will merge when Azusa graduates, but realistically speaking, unless Azusa plans on attending the same university as the original four, this is a long shot. This can be said because Japanese post-secondary systems differ from Canadian ones: in Canada, most people attend the largest institute closest to them (such as the University of Alberta, University of Calgary and so forth), whereas the choice of post-secondary institutions are more varied and diverse in Japan. Azusa appears to be a pragmatic individual, so it is more probably that she will choose a college/university that will lead her to her career of choice. That said, it is also possible for the writers to push her towards the same university as the others for the sake of story, although this remains merely a possibility at this point in time. 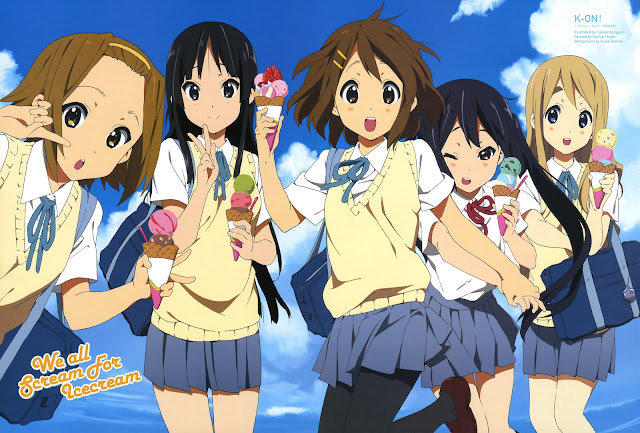 I’ve poked my nose into some of the well-traversed anime forums, and, let’s be honest: there is chaos, with forum-goers discussing potential future developments (some remain convicted that it will restart), arguing amongst themselves about trivialities within the manga or else raising concerns about otaku reaction to these announcements. What do I think about all this? The amount of discussion on this matter out there on the internet is an excessive overreaction. I have presented several of my own (rational) points on what could potentially be driving these decisions, but at the end of the day, the end of the manga is irrelevant in the grand scheme of things, as there is plenty of other media out there to enjoy.