Chernobyl Diaries- One Shot, One Kill

“The wind’s gettin’ a bit choppy. You can compensate for it, or you can wait it out, but he might leave before it dies down. It’s your call. Remember what I’ve taught you. Keep in mind variable humidity and wind speed along the bullet’s flight path. At this distance you’ll also have to take the Coriolis Effect into account.”

Captain MacMillan and Lieutenant Price will spend three days at the roof of the Hotel Polissia Terrace, awaiting Imran Zakhaev’s arrival. The second of the Chernobyl missions will focus on the blotched assassination attempt on Zakhaev and the subsequent rush to the extraction point through Pripyat. Contrasting All Ghillied Up, the mission is spent entirely within Pripyat. Moreover, the Ultranationalists are alerted to the players’ presence, so this mission makes a return to more traditional FPS elements. There aren’t any ghosts in this level, and the sheer number of Ultranationalist forces will make the town a combat region rather than merely an eerie abandoned area. 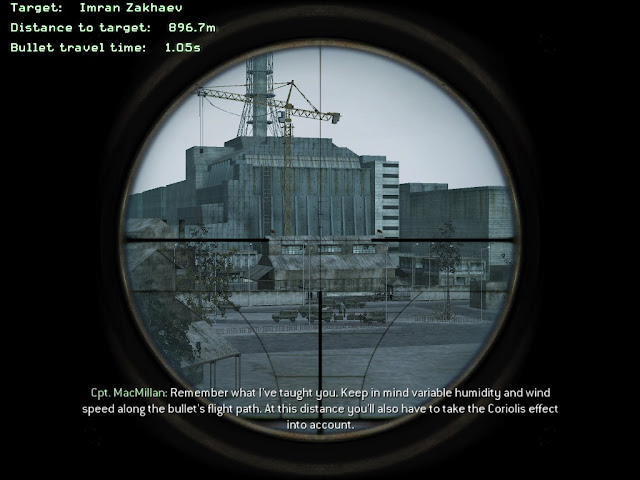 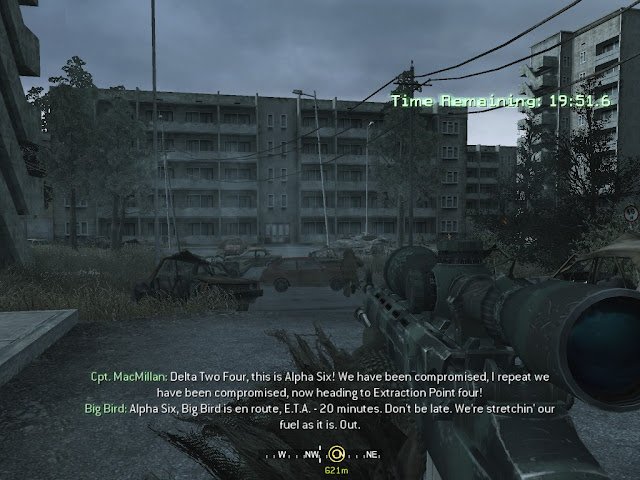 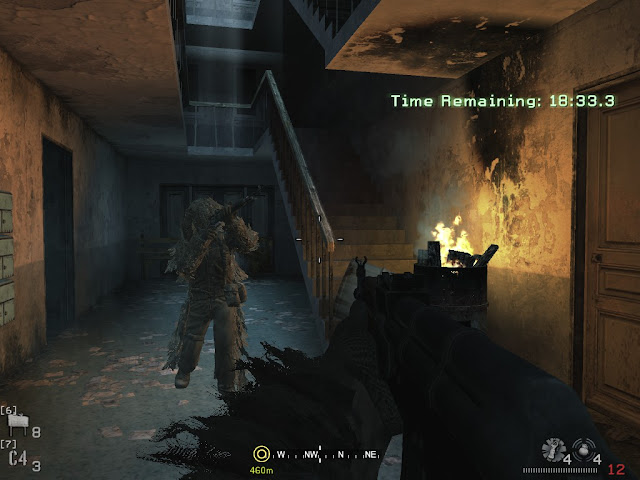 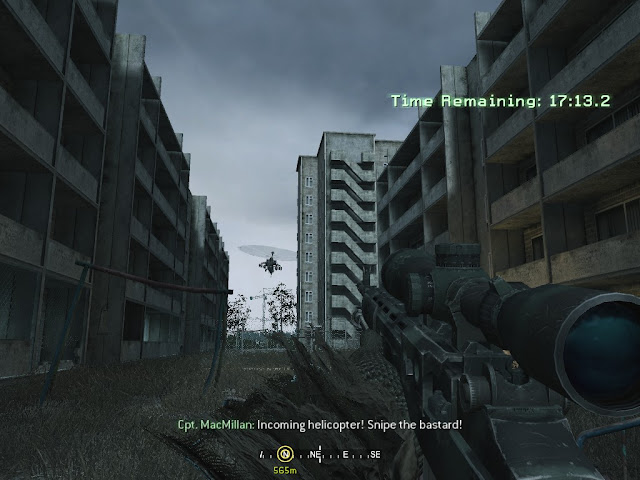 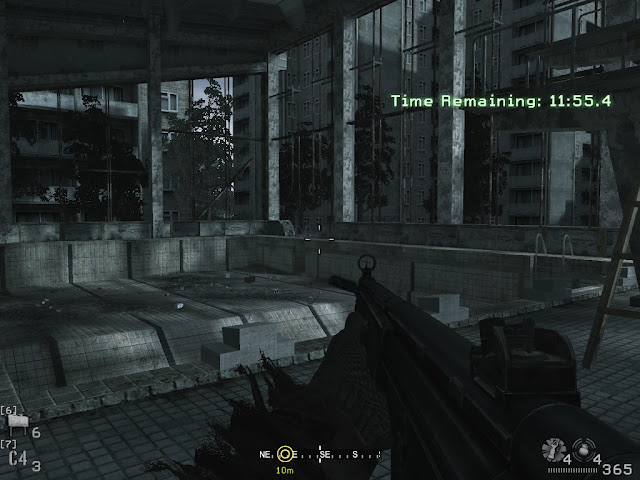 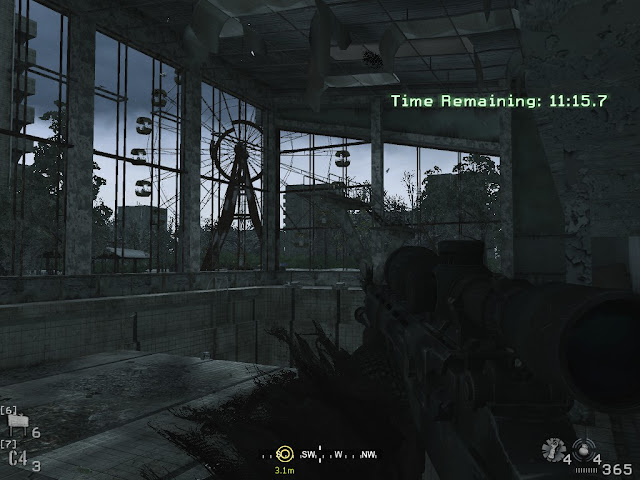 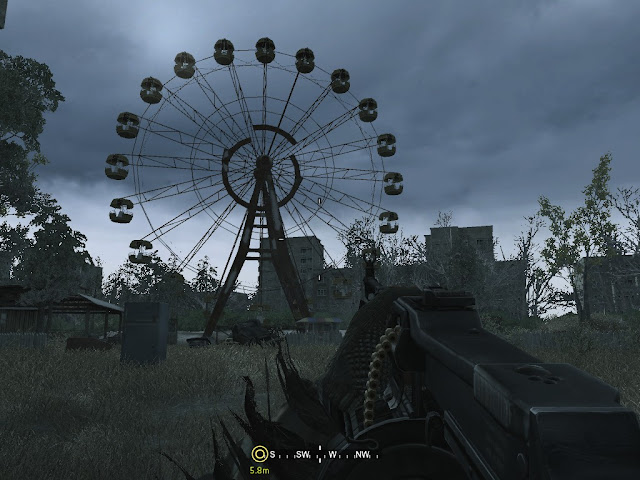 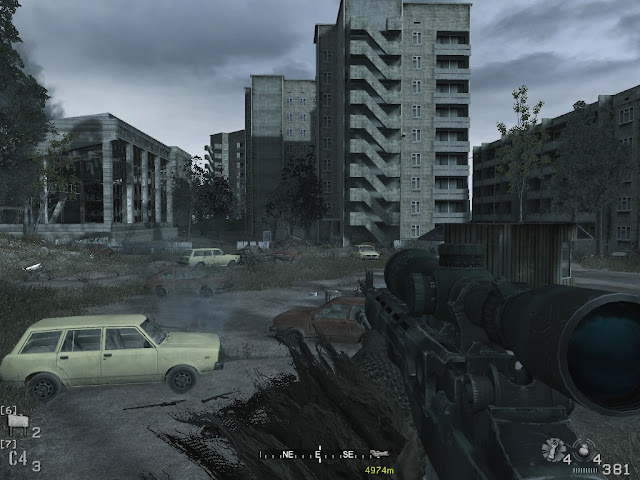 Altogether, both All Ghillied Up and One Shot, One Kill make up two of the most interesting missions in Call of Duty 4. The degree of realism found in the level design make the missions worth playing through just to experience the atmosphere evoked by a ghost town. The mission concept itself is almost a textbook perfect example of the classic “sneak into an area, neutralise a high-value target and get out as fast as possible” paradigm in the sense that stealth is a necessity for the first half of the mission. Once compromised, the priority switches to survival and reaching an extraction point, returning gameplay to the run-and-gun styles found in other parts of the game. The exposition that these missions bring to the game, coupled with the unique setting and atmosphere, make these two missions among the most awesome I’ve seen in any FPS.