Portal 2 brings to the table several new mechanics that add to the gameplay complexity compared to its predecessor. It’s old news, of course, but having only recently seen these mechanics myself, I’d figure I show off some screenshots of these implements, along with their official descriptions. 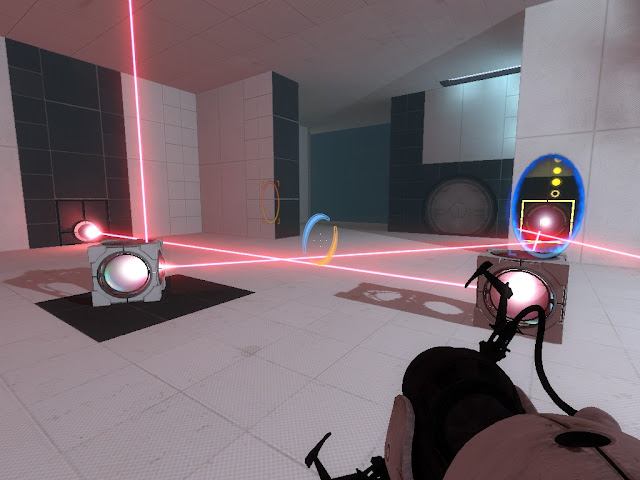 Thermal Discouragement Beams are fired in a straight line from an immovable device built into the wall or ceiling of a Test Chamber. Each Beam is usually coupled with one Receptacle, and multiple Beams with multiple Receptacles may be present within a single Test Chamber. Directing the Beam into the Receptacle will activate certain mechanics that are crucial in reaching the chamber exit. The Beam can also be used in conjunction with Relays, which are small nodes built into the floor of some Test Chambers. Relays are activated when the Thermal Discouragement Beam passes through them, and multiple Relays must often be activated using a single Beam. Once all Relays are activated, specific Test Chamber mechanics will be triggered, similarly to the activation of a Receptacle. Thermal Discouragement Beams can be angled in certain directions with the use of the Discouragement Redirection Cube and portals. Additionally, the beam holds the ability to travel through transparent objects such as glass. It can also be used to destroy Turrets that block the player’s access. Touching the beam will push the player away, as well as deal a small amount of damage. Prolonged exposure will result in death. 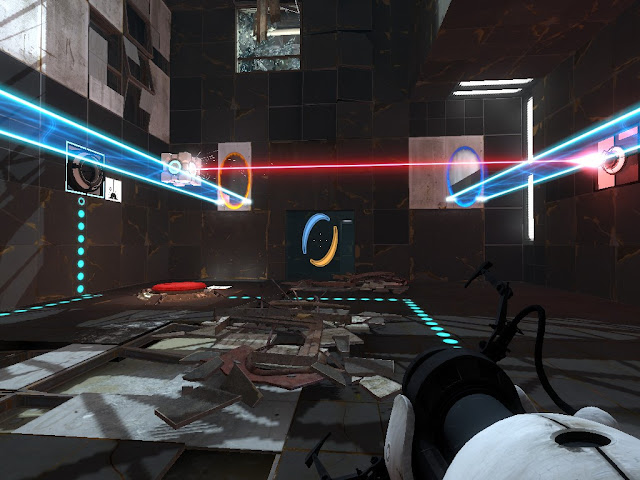 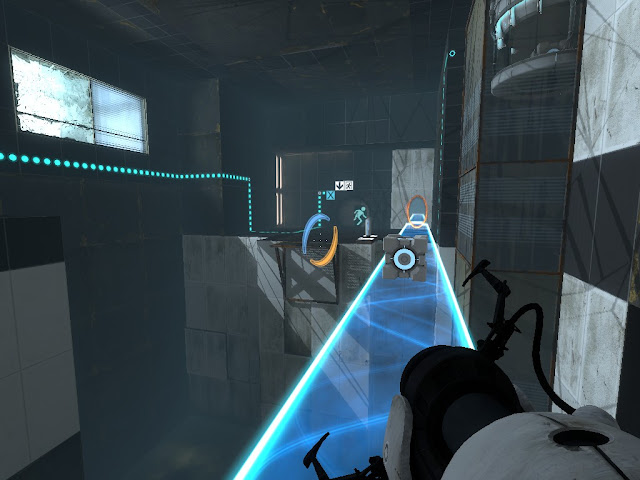 A Hard-Light Bridge (simply known as a Light Bridge,) is a semi-translucent solid made from natural sunlight beamed in from the surface. It can act as a bridge for the player, a shield against turrets and other hazards, or even a wall for more complex puzzles the player encounters later on. The bridges span an infinite length or until stopped by another solid, meaning the player won’t have to worry about the length of the bridge being a problem. Although the bridge is made of light, if one portion of the bridge is stopped by a solid object the rest will not continue as a beam of light normally would. 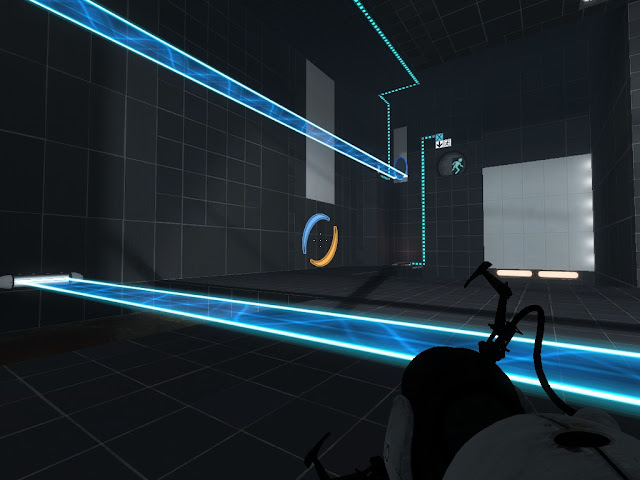 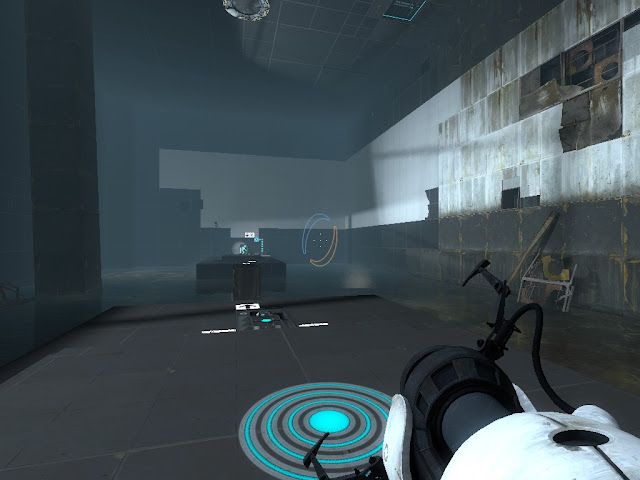 The Aperture Science Aerial Faith Plate is a mechanism introduced in Portal 2. This device launches players over a gap or to a specific destination at a set velocity and height. It can be used in conjunction with portals, and the Plate’s ability to preserve the velocity of the user makes it an effective means of travel to far or otherwise inaccessible places.Aerial Faith Plates can also launch any object that is placed on them. Their mechanism is designed so that the player is launched either directly upward, forward or backward in motion. 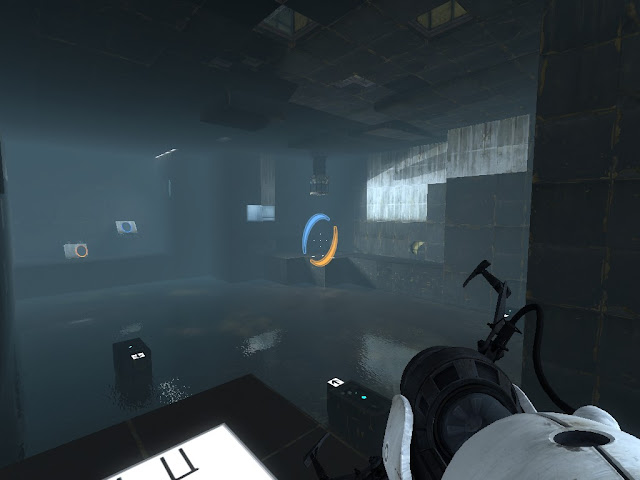 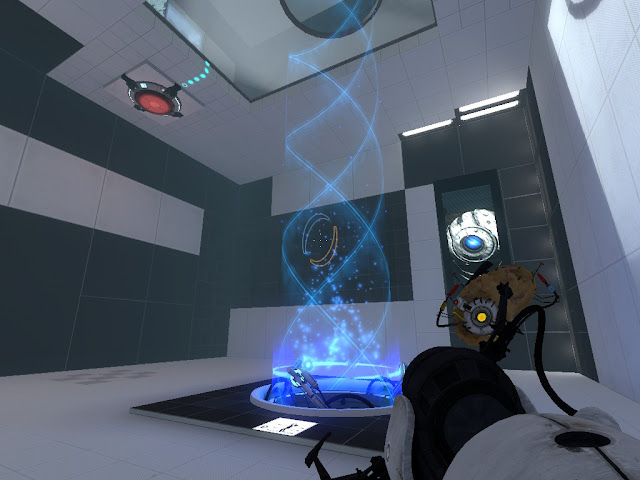 The Excursion Funnel is a game mechanic introduced in Portal 2. The mechanism creates a wide beam of blue light that the player may enter or exit at any time. It seems to defy the laws of gravity, allowing any who enter to become weightless and travel along the path of the Funnel. Anyone or anything caught inside the Funnel travels in the direction that the Funnel is flowing, unless the Funnel is made to reverse, which is usually accomplished through the activation of a button. Excursion Funnels can pass through portals and can cross vast distances, and can therefore can be used to solve puzzles in which Funnels may not initially appear to be useful. If an Excursion Funnel is reversed, then it is possible for objects to use the portals through which the Funnel is acting. Excursion Funnels can also act as a mode of transportation for the player or objects across large gaps, as well as Gels. Gels caught in the Excursion Funnel will slowly follow the direction of the Funnel until the substance collides with a wall or until the Funnel suddenly disappears, making funnels useful for coating large areas in a short amount of time. 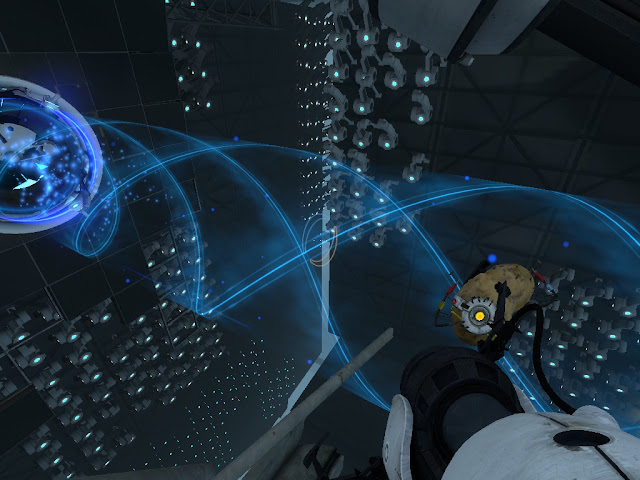 The excursion funnels become increasingly common towards the end of the game when Chell is forced to solve a rampant Wheatly’s puzzles, which are decidedly more irrational and challenging. Caution must be taken to ensure that one does not propel themselves to certain death.