Tari Tari: “This and That”

Tari Tari is one of the few anime out there whose title remains somewhat of a mystery to those not familiar with Japanese. This question had remained with me until I spoke with a Japanese professor, who provided a succinct and remarkably insightful answer and also reminded me of the days when I took introductory Japanese. For the curious, the hiragana is たりたり, which roughly approximates to “doing this or that” in English (たり is ‘or’), and is a fitting title for a show that’s seemingly about exactly thus. 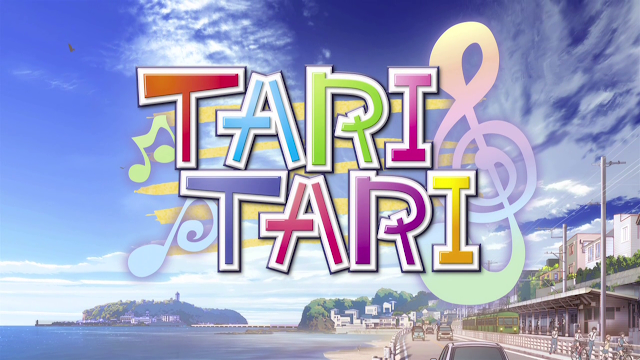 Tari is used to denote ambiguity; the Japanese language places emphasis on politeness, and a part of that is the use of indirect means of conveying an idea. For instance, if I wished to decline an invitation on Saturday, I’d say “土曜日はちょっと” (lit. “Saturday is a little [inconvenient]) rather than outright saying “いいえ” (no). Similarly, tari is appended to the end of a sentence to imply that in addition to what was explicitly said, other things are present. Thus, in this context, it approximates to ‘amongst other things’. Its usage ranges from implying the occurrence of other events, to the presence of a variety of other items in a list. 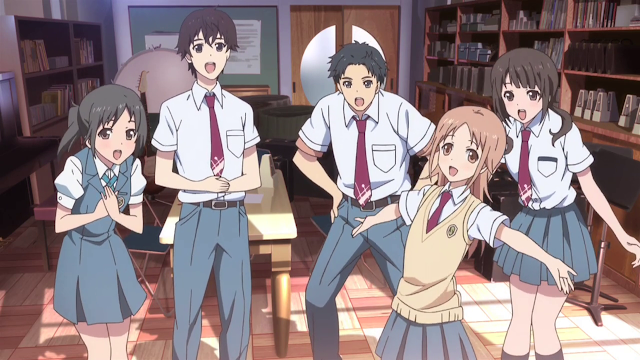 The title, then, reflects on how the characters in Tari Tari are undifferentiated and so, still have the potential to become whatever they wish. This thematic element was explored in Hanasaku Iroha, and from episode one, appears to be the main thematic element in Tari Tari. The entire idea of ‘this and that’ carries directly over to the naming convention of the episodes; all episodes are named in the ‘x-ing and y-ing’ form for two verbs x and y. The end result of these seemingly trivial elements is that everyone is doing this or that in every episode, consistent with Tari Tari’s nature.