The Hitman’s Heatmaker (affectionately referred to as the heatmaker) is the latest of the rifles to grace the Sniper’s loadout. It is a suppressed rifle outfitted with a sleek scope and features a wooden stock with a brown leather rest. The heatmaker is unique in that it decapitates the enemy on a successful headshot. The heatmaker also incorporates focus, a system similar to the Bazaar Bargain’s Headshot system: this time, the bonus is simply gained on kills or assists, rather than on successful headshots, and does not disappear on missed shots or body shots. Once the meter is full, the subsequent shot will activate the Focus state, granting the wielder an increased firing rate and  removing the necessity of unscoping after every shot. Like the Bazaar Bargain, the Hitman’s Heatmaker is made for accurate Snipers; bodyshots from this weapon suffer a damage penalty. 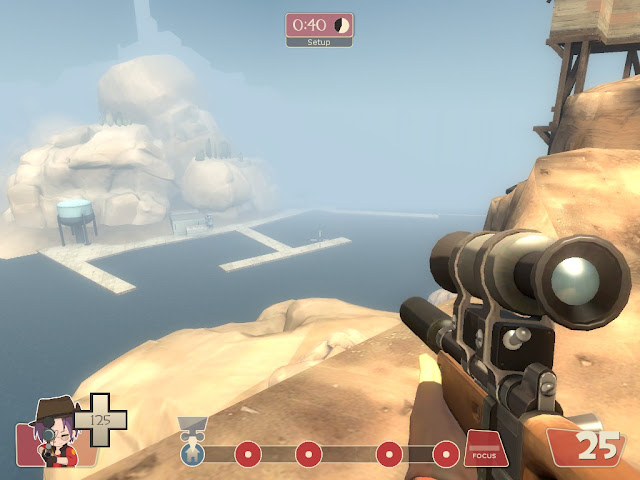 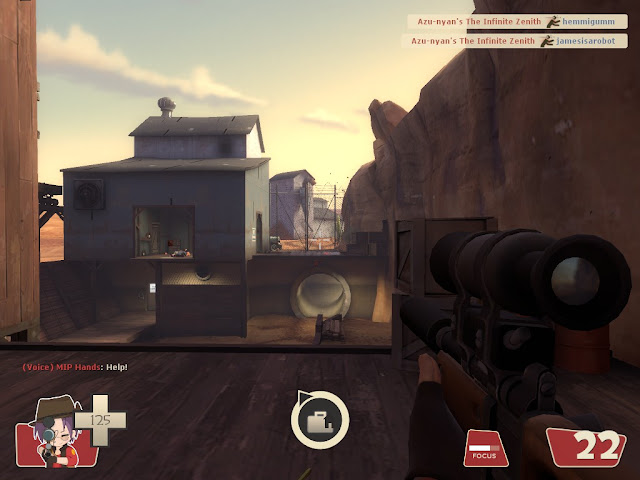 The weapon requires 3 kills (or 9 assists, or any combination of those) in order to fill the Focus bar entirely. It triggers automatically if it is filled with a killing shot. While focused, the weapon will charge 25% faster, fire tracer darts similar to the Machina, and will not unscope after firing. This does not increase rate of fire, but the weapon will still charge while reloading.