Joining the Hitman’s Heatmaker in the rank of supressed weapons, the cleaner’s carbine is sniper’s latest secondary weapon and was introduced in the Meet the Pyro update. A submachine gun with a suppressor and folding skeletal stock, this weapon grants three seconds of guaranteed critical hits when it kills an enemy, similar to Killing Gloves of Boxing. To offset this boost, it has a reduced magazine capacity that is 20% smaller than the SMG and is further handicapped by a 35% reduction firing speed. Killing someone during a crit buff will reset its duration time to 3 seconds instead of adding it. When critical hits are active, the user gets the bonus for all weapons, rather than for just the cleaner’s carbine. 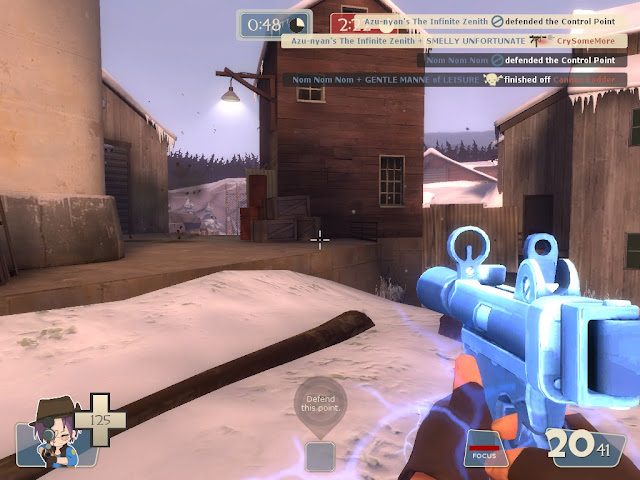 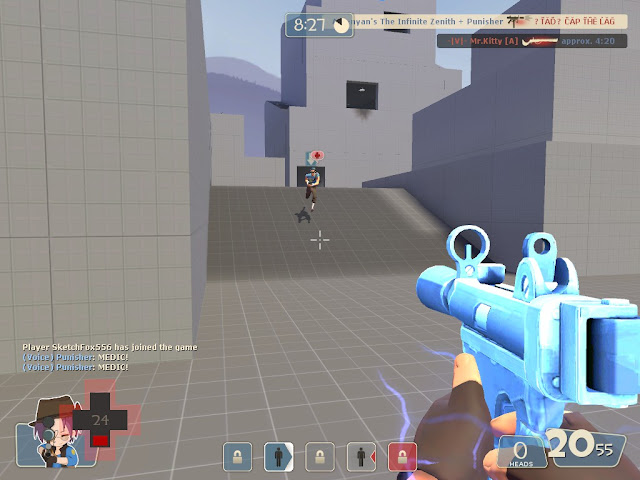 The cleaner’s carbine is more suited as a finishing weapon rather than a close quarters weapon for the sniper, given that it deals less damage per unit time compared to the standard Submachine Gun. The guaranteed critical hits for three seconds upon killing an enemy gives it utility in opportunistic situations, allowing for a handful of opponents to be dispatched. Given that the cleaner’s carbine fires more slowly, precision is more effective; reloading will consume a little over a second of the weapons’s critical hits.