Sky Gambler is a combat flight simulator designed by Bandai Namco, released somewhere back in March 2012. Originally costing 4.99 in the app store, I chose to pick it up during a sale out of curiosity. The app drew my eye with its incredible graphics- while the gameplay and concept do not introduce anything new to the table (Metal Storm Wingman is one of the first combat flight simulators designed for iOS, and is free of charge), the game was advertised as having a diverse range of missions, and unlike Metal Storm Wingman, permits for offline gaming. The idea of offline combat, coupled with a half-off sale, were sufficient for me to decide on the purchase. 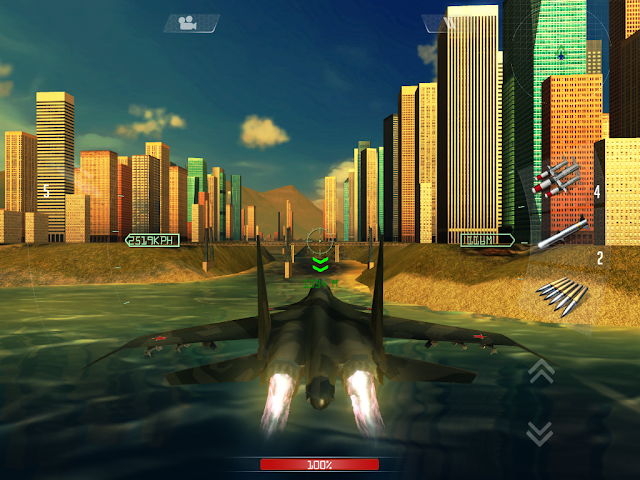 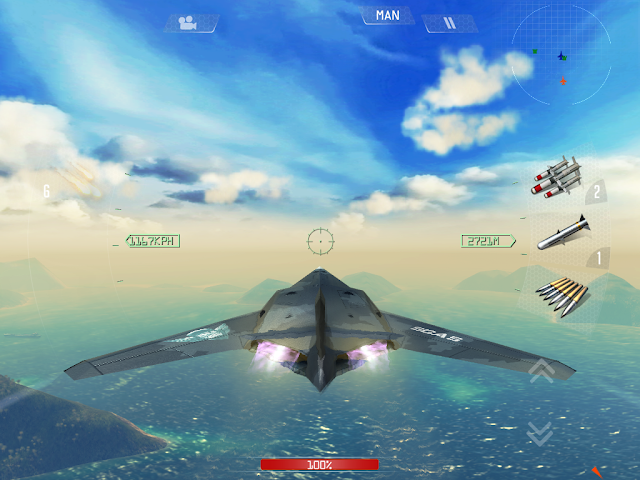 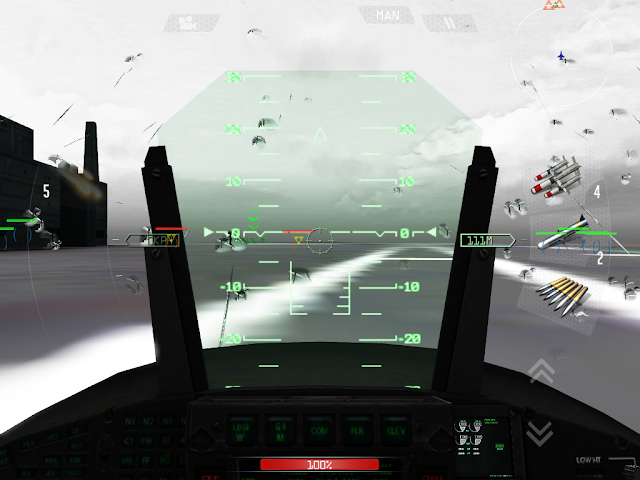 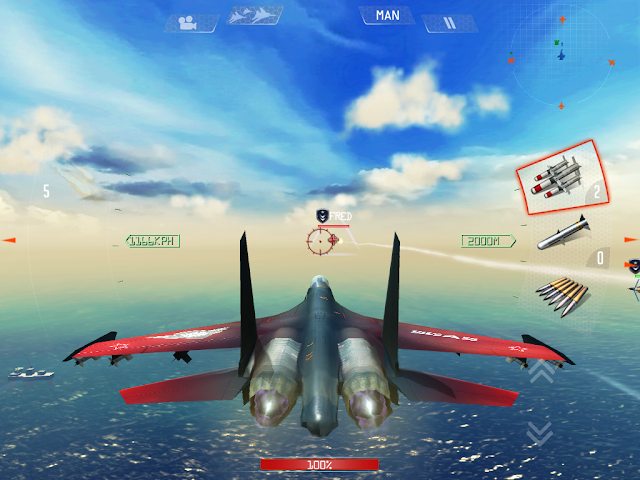 Sky Gambler puts the player in the role of a fighter pilot, allowing them to fly various missions to complete objectives. The aircraft can be controlled in one of four means: two of these are intended for novice players, and the other two are designed for hard core players who desire more control of their aircraft. Both novice and advanced controls can be accelerometer based or touch-based. Players can also accelerate/decelerate their aircraft through on-screen touch controls. Finally, combat implements, namely the auto cannon, missiles and countermeasures, are deployed via on screen controls as well. Players are offered several perspectives to fly their aircraft from, including third and first person. The gameplay options are varied and diverse. Aside from a campaign, players may also wish to complete dogfight missions, or go head to head with other players in online matches. In the event that one is offline, they may also go head to head against computer players. Players are rewarded new aircraft and experience points for completing missions; with sufficient experience points, players attain new ranks and unlock additional aircraft in the process. 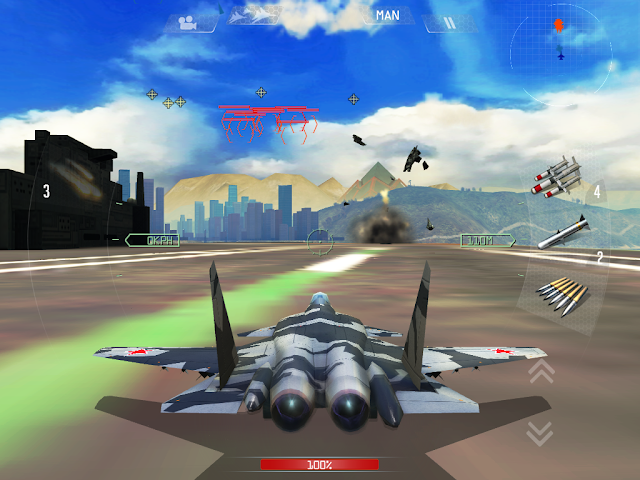 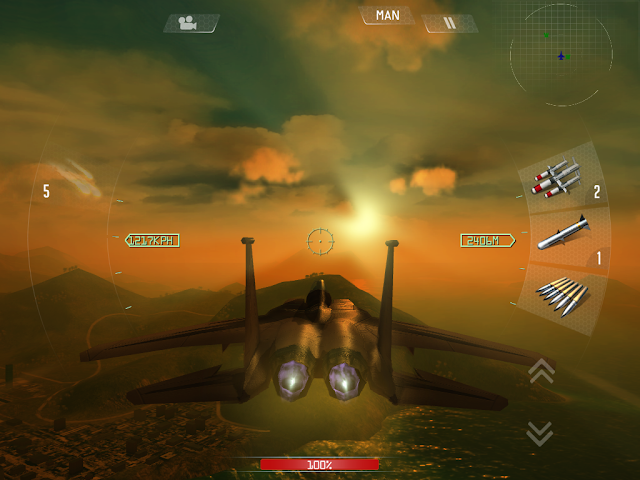 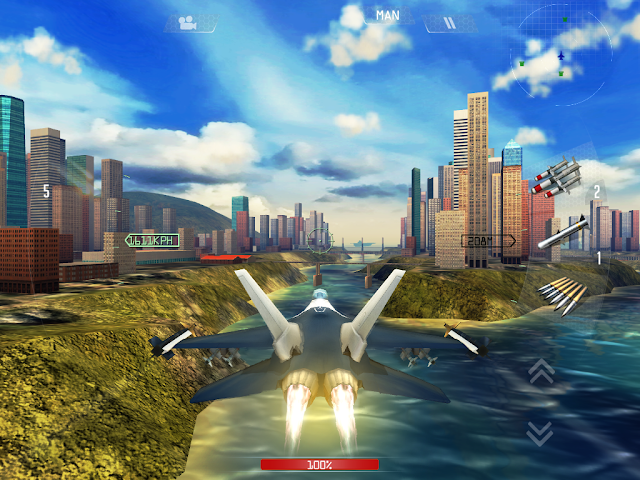 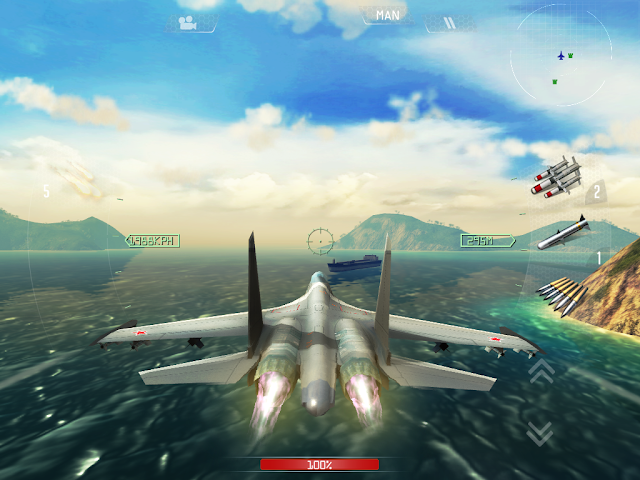 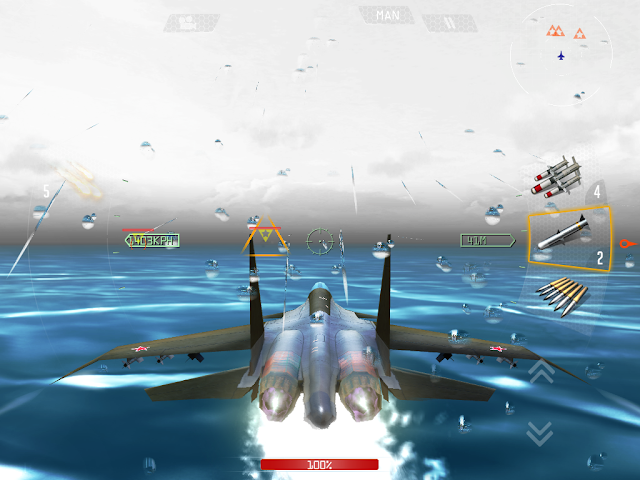 The graphics are the probably strongest elements of Sky Gamblers. Locales and aircraft are beautifully textured, and the scenery in general is amazing. Players may notice that there is weather in the game: on occasion, clouds roll in and it will start raining, and other times, haze appears, covering the battlefield and forcing the player to slow down. Particle effects like explosions and fire are visually stunning, and destroyed aircraft sometimes will break up in the atmosphere. The gameplay element is particularly important: as a novice to combat flight simulators, having the option to control my aircraft through simple mechanisms is particularly welcoming, allowing me to familiarise myself to the game without a particularly steep learning curve. Finally, planes are unlocked rather than bought with real-world currency, giving incentive for me to join the occasional match for experience points (that said, there is an option to purchase the aircraft, although this is unobtrusive and given as an alternative to unlocks). Coupled together, these factors give Sky Gamblers immense replay value.