In 1945, Yoshika Miyafuji, who lost her witch powers during the Strike Witches‘ last assignment, has been studying to become a doctor. Shizuka Hattori, one of her cadets in the Imperial Fuso Navy, then arrives to deliver a message: Yoshika is to be transferred for study abroad in Europe.

Like the K-On! review, there is a review written at my main website, providing an alternate set of screenshots and discussions. The post here is more plot-oriented, while the review at the website is more similar to a discussion of various elements in the movie.

The Strike Witches Movie is an extension of the TV series set in the movie format, as per its title, and as such, inherits all of the characteristics of the TV series. These traits include the casual plot progression and impressive visuals, as well as the formulaic development of the story: in fact, the movie can be said to draw inspiration directly from the TV series, featuring a similar exposition, rising action, climax and falling action. That said, the joys of watching Strike Witches lies not in the story itself, but the presentation and delivery of the material. Given that the movie is essentially a subclass of the TV series, everything seen in the latter can be seen in the former, but, like all subclasses, the movie introduces several new elements that takes the form of other witches, giving insight as to the sheer number of characters in the universe and their interactions with the witches in the 501st. While these stories are being told, Yoshika’s own travels with Shizuka Hattori form the backbone for the other side of the story. Upon reaching Europe, Yoshika finds herself unable to participate in combat operations and medical missions to the same extent she was once capable of in the TV series, but nonetheless attempts to help in any way she can. In a sense, the Strike Witches Movie draws some curious parallels with the Gundam 00 Movie: firstly, fans of Strike Witches will enjoy the movie, much like how Gundam 00 fans will have found their movie enjoyable. However, the assumption that viewers have a general familiarity with the story means that, like the Gundam 00 Movie, the Strike Witches Movie will leave new viewers behind in some of the terminology and expository elements. It is certainly possible to enjoy the movie as it is, although the experience is improved with a bit of knowledge concerning the aforementioned expository elements. The second set of similarities have to do with depiction of the Neuroi, which exhibit ELS-like attributes with respect to appearance and swarming behaviours, and finally, there is an uncanny parallel between Setsuna’s activation of the 00 Qan[T] and Yoshika’s recovery of her magical abilities in the final moments of their respective films. The last element is a textbook example of deus ex machina, and conveniently clears up the conflict that the rising action built on. While some view this as laziness, alternative interpretations would suggest that unique circumstances may arise in the midst of a crisis and act to produce miracles of sorts. These events are not impossible even in reality, so an open-minded viewer may be willing to suspend their disbelief and merely enjoy the story as it progresses. This claim neatly summarises my own opinions of the Strike Witches Movie: for current fans, it is most enjoyable, although newcomers will probably find that their time would be better directed at other shows, if only for the fact that such series require a bit of background that not everyone may commit time to familiarise themselves with. The movie is strong where the TV series is strong (character interactions, graphical and audio details), and weak where the TV series is weak (story progression rate, derivation in plot-advancing elements): overall, it serves as a worthy extension to the TV series and is sure to be an enjoyable watch for fans of the franchise. 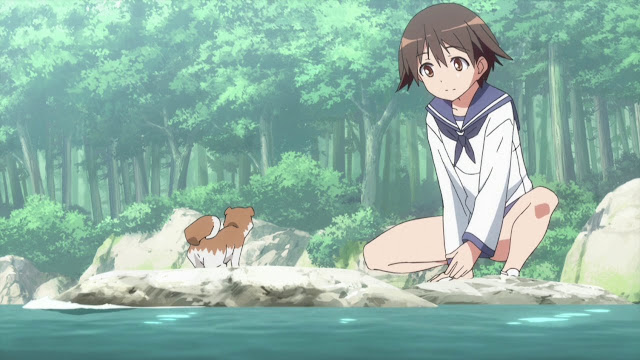 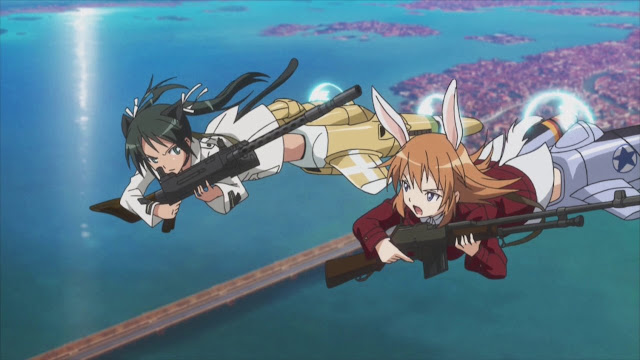 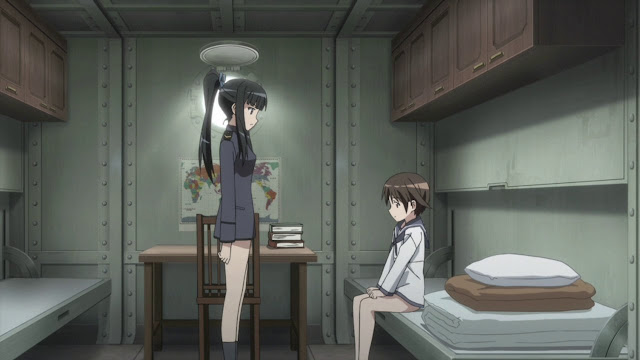 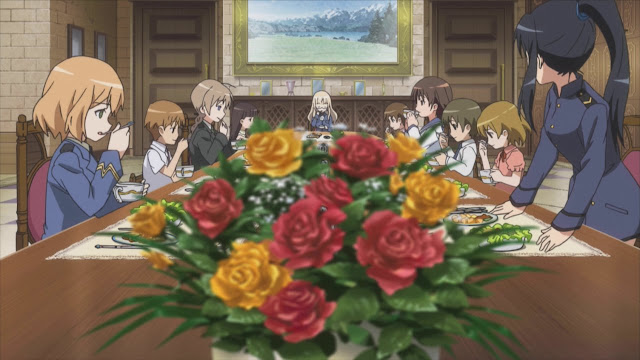 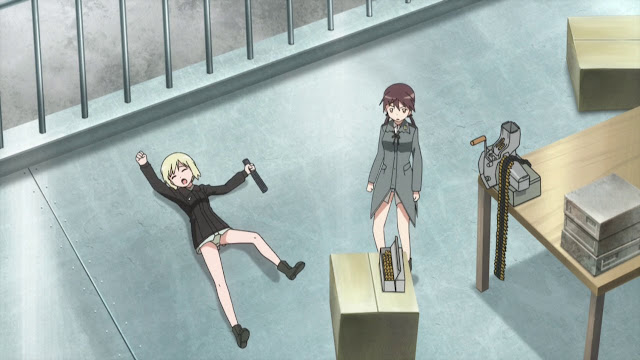 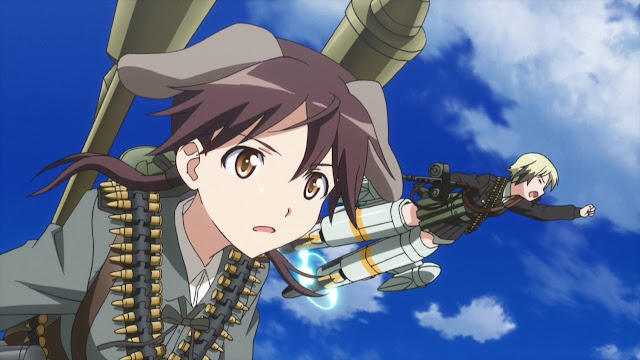 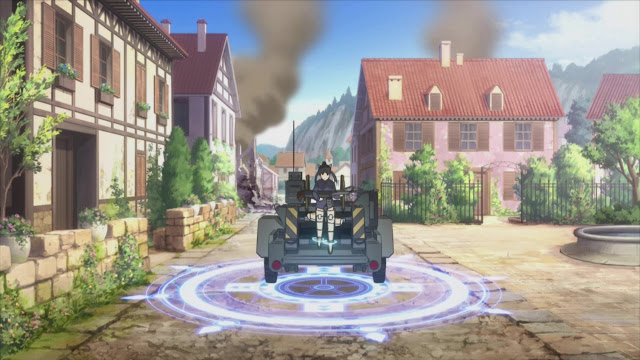 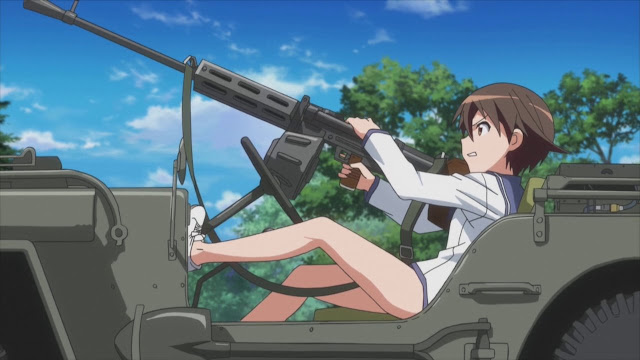 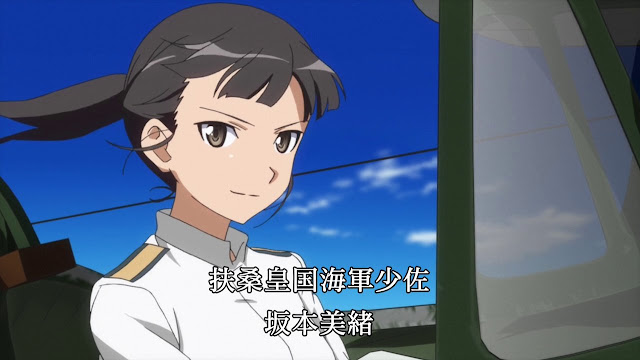 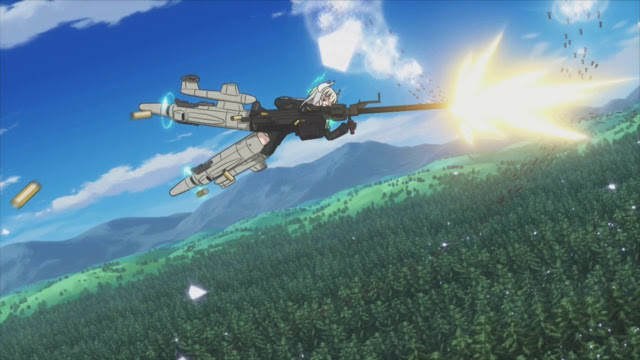 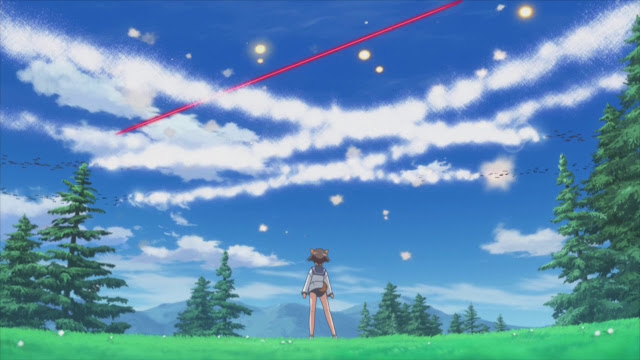 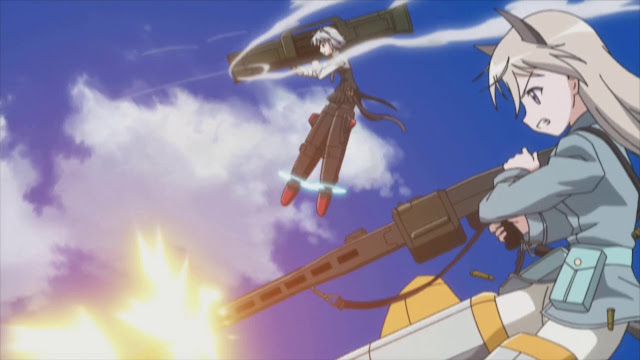 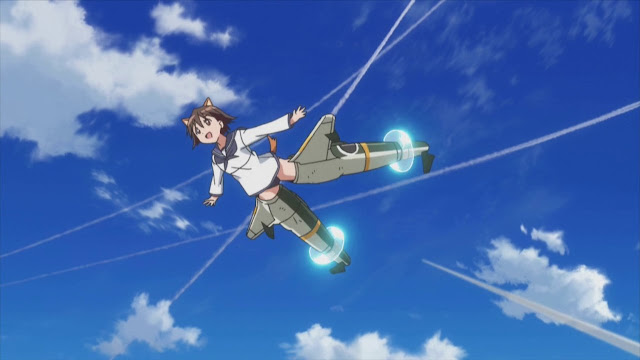 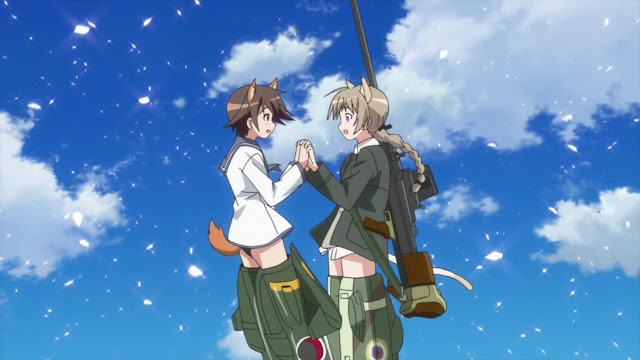 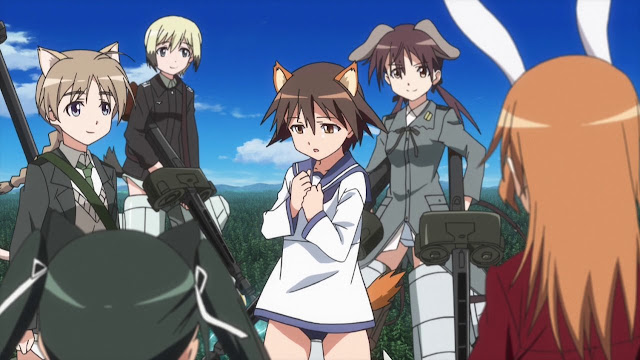 Contrasting my usual posts, this review was made from the RAW material rather than a subbed version. With what appeared to be very little interest from the community in general, I figured I would create a reasonably detailed post about the movie such that interested parties would be able to decide if the movie was worthwhile or not. My opinion stands as thus: fans of the series will enjoy the movie, while newcomers could probably do something more constructive with 94 minutes of time.