In the near future, a Virtual Reality Massive Multiplayer Online Role-Playing Game (VRMMORPG) called Sword Art Online has been released where players control their avatars with their bodies using a piece of technology called Nerve Gear. One day, players discover they cannot log out, as the game creator is holding them captive unless they reach the 100th floor of the game’s tower and defeat the final boss. However, if they die in the game, they die in real life. Their struggle for survival starts now…

This is the premise for Sword Art Online, an anime released way back in summer 2012. The basic idea is simple: this is more or less an extension of the impact of MMORPGs on the online community and the ever-changing face of video games, as well as human interaction in response to changing technologies.

On November 6, 2022, the VRMMORPG, Sword Art Online, is officially released, with 10,000 copies released and sold immediately. Kirito, who beta-tested the game, logs-in to the world of Aincrad and meets Klein, a new player, who asks him to teach him the basics of the game including the Sword Skill battle system. Later, after several hours in the game, Kirito and Klein discover that they cannot log out. Shortly after, the pair are teleported to the town square, where they see that all other players have also been transported to the location. A red-hooded Game Master then appears in the sky and reveals himself to the crowd as Akihiko Kayaba, the game’s creator. He tells them that he intentionally removed the log-out option. He cautions that they cannot log-out by simply removing the NerveGear, the VR helmet they use to log-in the game, as it will kill them instantly. The only way to log out is for the players to beat and clear all 100 floors of the game. Should they die in the game, their real bodies will perish as well. As a parting gift, Akihiko gives them a mirror which alters their in-game avatars to resemble their real appearance. Kirito asks Klein to follow him to the next town to level up before resources are depleted, but Klein politely declines as he wishes to remain with his friends. Kirito then heads out, vowing to be free from the game. By the end of the first month, 2,000 players have died and the 1st floor has yet to be cleared. 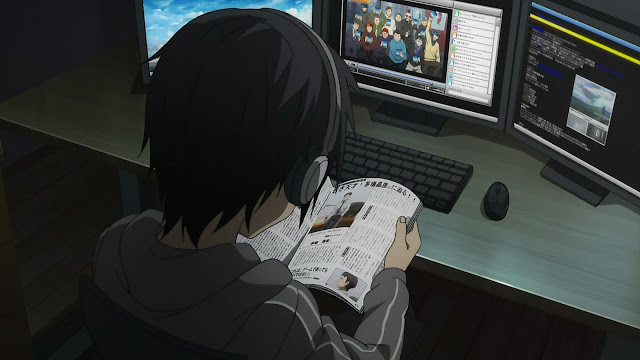 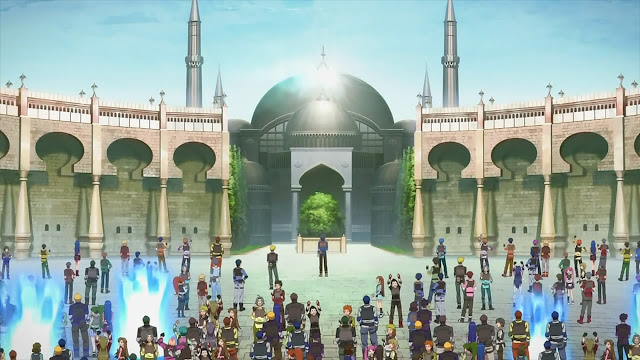 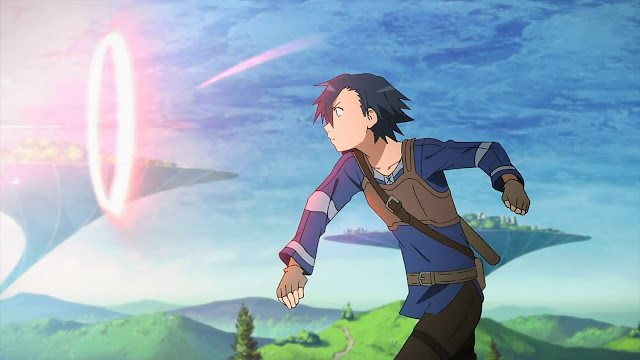 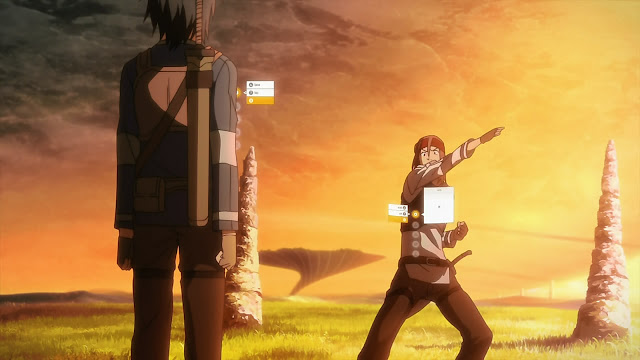 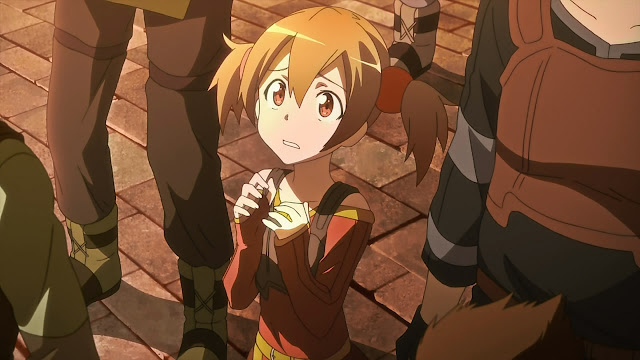 Sword Art Online takes the (now outdated) model of MMORPGs to its logical conclusion: full immersiveness in a video game has long been cited as a determinant of addiction, but Sword Art Online poses the question of what happens where virtual reality cannot be escaped and its implications. The first episode sets the stage for everything that is to happen in subsequent episodes, and is projected to explore aspects of MMORPGs from levelling to bosses, jobs, quests and player-player interactions as they group together to overcome increasingly difficult challenges. These interactions are as simple as giving tips in earlier levels (as Kirito does for Klein). With seemingly all the loopholes covered, the plate is set for Sword Art Online, and having once been an avid World of Warcraft player with several level 80 characters, this series will appear most promising, especially for MMORPG gamers who have played games like World of Warcraft, Everquest and so on. Modern MMORPGs take a slightly different approach towards marketing and promoting player incentive, meaning the model used in Sword Art Online appear old-school, but that is merely a semantics issue.