Whilst shopping for some flowers in her local market, Tamako Kitashirakawa, the daughter of a mochi shop owner, encounters a peculiar talking bird named Dela Mochimazzi that decides to follow her home. As Tamako and her younger sister Anko go to the public baths later that evening, Dela has Tamako’s childhood friend, Mochizō Ōji, take him to the baths as well. As New Year’s Eve arrives, with Dela having put on weight after gaining an affection for mochi, Dela almost chokes on a mochi, prompting the neighbourhood to help him out, overlooking Tamako’s birthday. 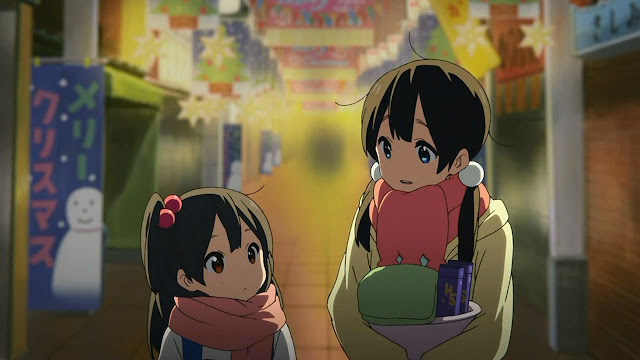 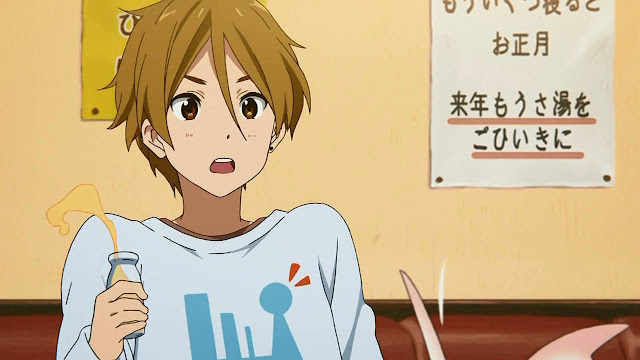 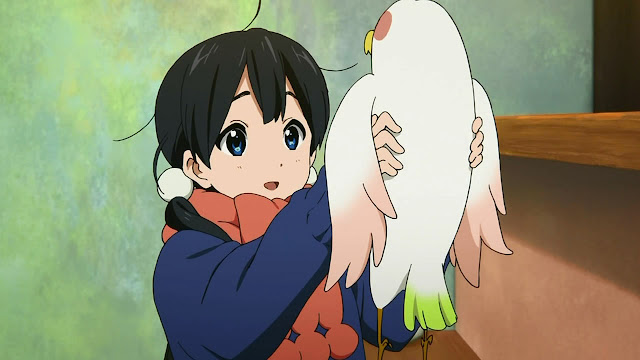 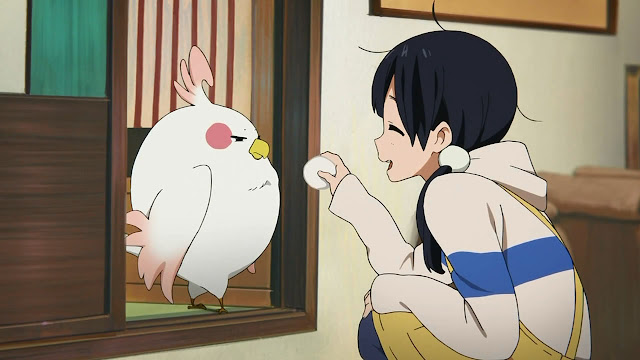 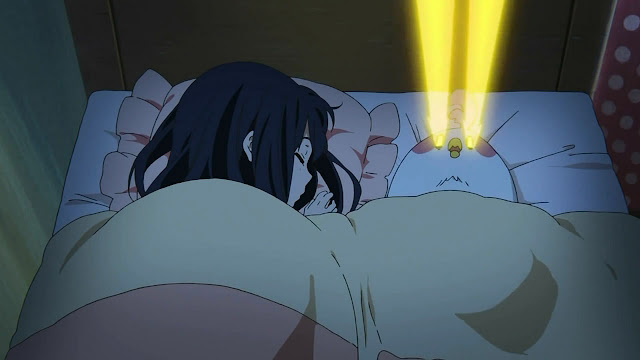 KyoAni’s latest work features something whimsical and novel: an anthropomorphic bird whose tendencies give Tamako Market a decidedly unique and fun twist. Identifying himself to as Dera Mochimazzi, the prince of a tropical monarchy, the inclusion of a talking bird with the intent of finding a bride sets Tamako Market up as something that could potentially reach outside the scope of a slice-of-life, making this into a work that could very well be a heart-warming kind of anime. These elements are already emphasised by episode one, which sees the introduction of Tamako and her family, as well as their interactions. The presence of a large and diverse cast further, set in a microcosm that is Usagiyama, reinforces that this anime is a step towards family-oriented entertainment, contrasting some of KyoAni’s previous works. With friendly characters and an environment encouraging socialising, Tamako Market ultimately takes a bold step in a new direction, presenting something that might very well transcend their well-established reputation of designing K-On! like anime.