Ooarai manages to escape Black Forest’s ambush by using a smokescreen to conceal their retreat, where they take up defensive positions on top of a hill. A fierce battle begins, with Ooarai managing to disable several of Black Forest’s tanks. Thanks to a distraction created by the Student Council, the Ooarai manages to retreat again while Black Forest stops to regroup. However, in order to reach their destination, Ooarai has to cross a deep river. Unfortunately, Rabbit Team’s M3 Lee stalls in the river. Faced with leaving Rabbit Team behind or risk having Black Forest catch up to them, Miho is reminded of her previous finals match. However, the rest her crew encourages her to go and help Rabbit Team, much to her relief. Miho takes a rope and leaps across several of Ooarai’s armour in order to reach Rabbit Team, and the other tanks tow the Rabbit Team out of the river. They then make their way to a nearby town, destroying a bridge to force Black Forest to take the long way around. Miho hopes to use the time to prepare and lure Black Forest into urban combat. However, they run into Black Forest’s trump card, the Panzer VIII Maus. Impervious to Ooarai munitions, the Maus effortlessly annihilates Mallard and Hippo Teams, leaving Miho to wonder how to fight it. Meanwhile, Black Forest has regrouped and is quickly closing in on the town. 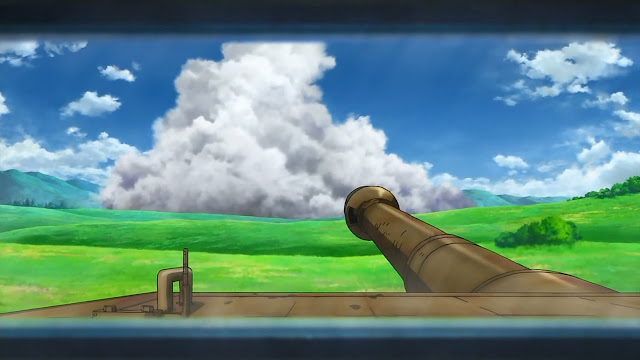 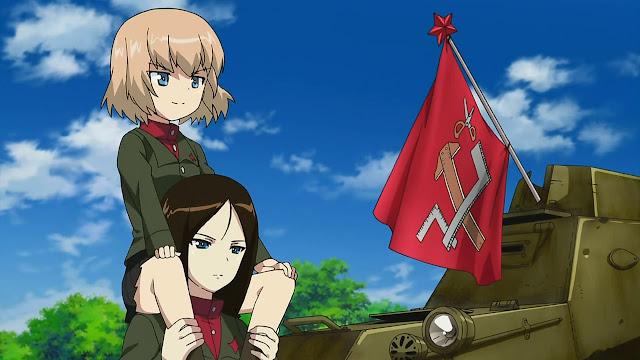 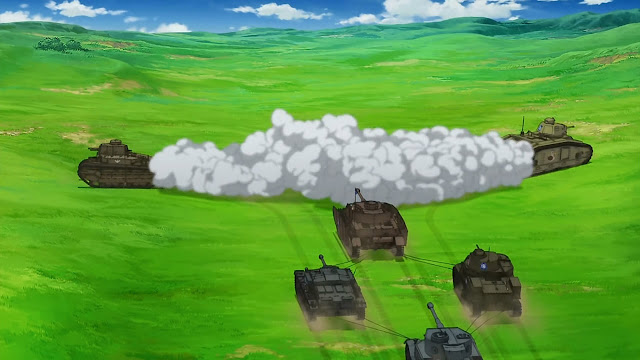 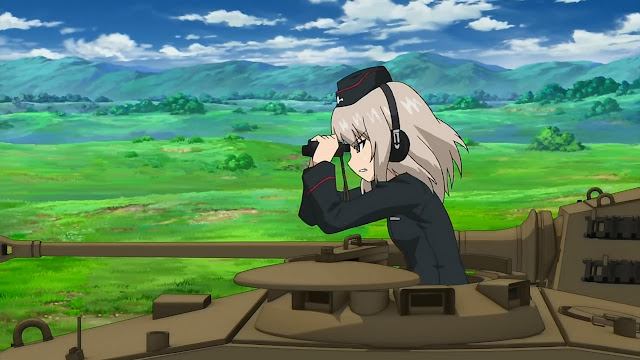 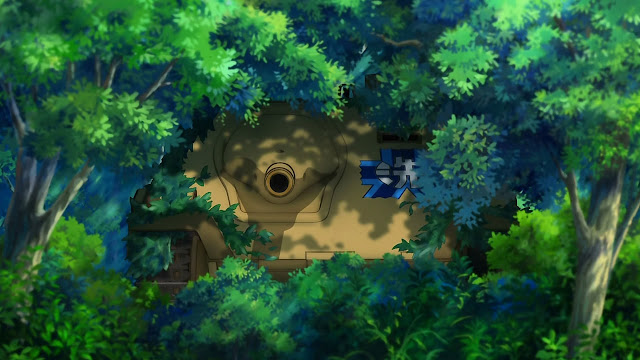 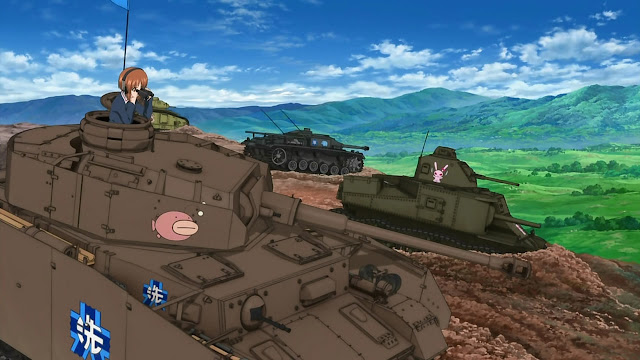 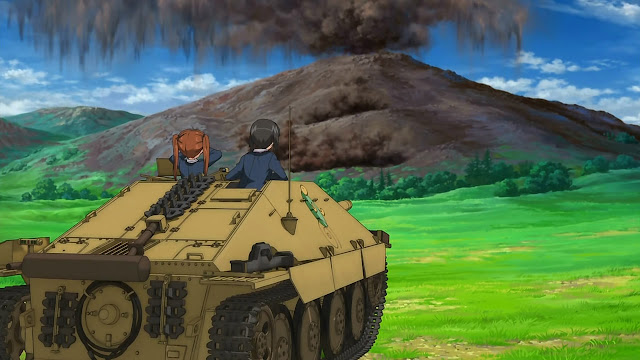 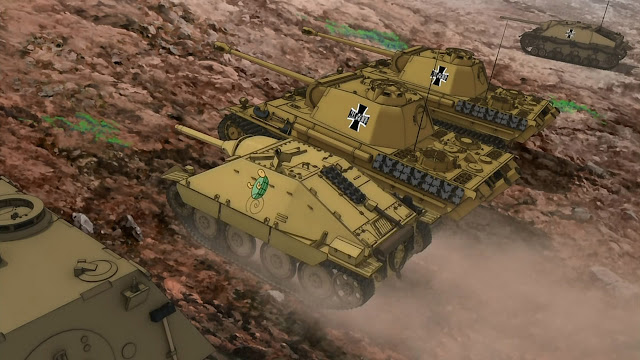 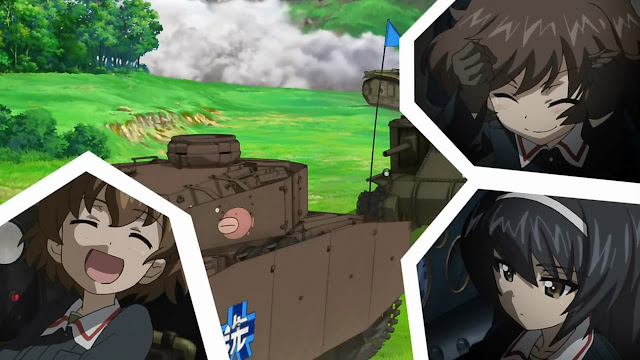 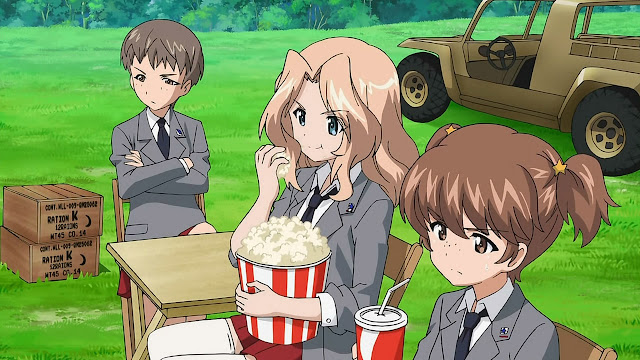 It has been quite a while since I’ve seen Girls und Panzer, but this episode was all it took to remind me of why the wait was worth it. In particular, this penultimate episode bears direct resemblance to the Gundam 00 episodes from four years ago: back in 2009, the second-to-last episode was released, featuring  the 00 Raiser’s Trans-Am Burst system and Tieria’s heroic activation of the Seravee’s Trial Field. However, this is a Girls und Panzer post (a Gundam 00 post will come shortly, strangely enough). As such, discussions will shift towards what I’ve seen thus far. Episode 11 proved to be an incredibly amusing watch from start to finish, bringing to light the nature of both schools’ strategies. Whereas Black Forest is inclined towards organised campaigns against an enemy approximately equal in strength, Ooarai emphasised more hit-and-fade tactics, striking as needed and retreating before considerable retaliation could be dispensed by a superior enemy. Thus, I am most pleased to say that my forecast has proven to be correct, and hope that its accuracy continues to hold as the finale comes around. Miho’s capacity to adapt to the ever-shifting situation on the battlefield leads her to utilise bold strategies not dissimilar to Sumeragi Lee Noreiga’s from Gundam 00, whether it be towing their Tiger P or capitalising on their diversion to launch a short assault from the hillside. The engagement also illustrate that Black Forest plays things best by the book. From a real-world perspective, this is not dissimilar to American and Soviet Doctrine during the Cold War. Both parties trained and prepared their forces for conventional warfare against an enemy roughly equal in size and capacity, so when their forces were deployed into Vietnam or Afghanistan against insurgents, their technological superiority did not guarantee victory. Indeed, both the Soviets and Americans would withdraw their forces following a costly, consuming combat that raised the public’s discontent. While powerful, Black Forest suffers from the same drawbacks, being unaccustomed to handling a frustrating enemy that can deal damage and disappear before retaliation can be exacted. The main reason why the fight has remained reasonably even (i.e. without things tipping towards Ooarai completely) is owing to Maho’s caution and capacity to anticipate Miho’s next move. 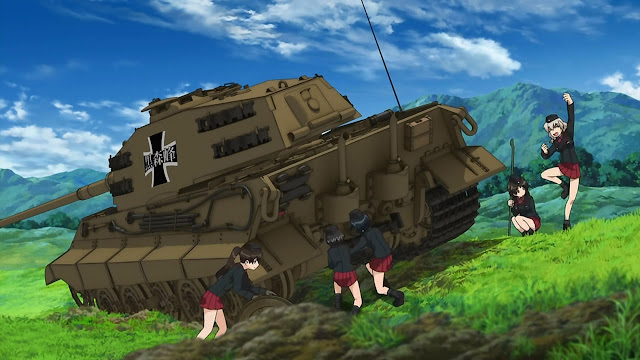 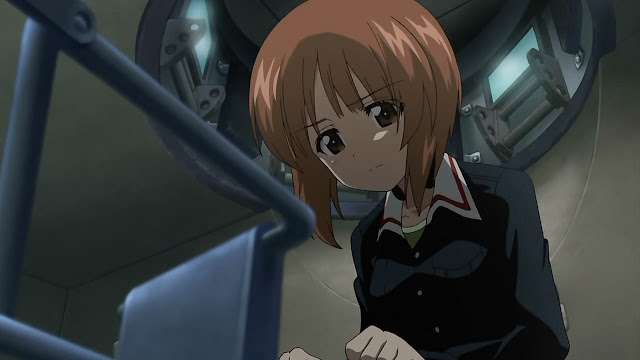 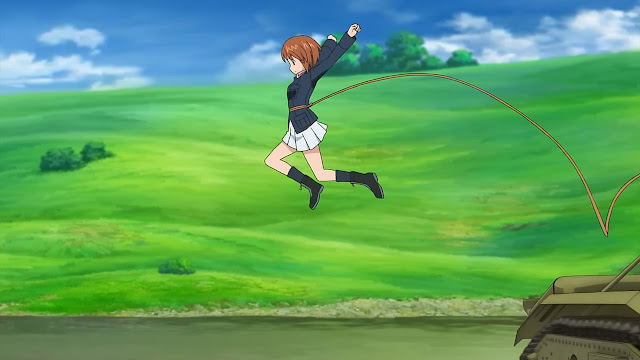 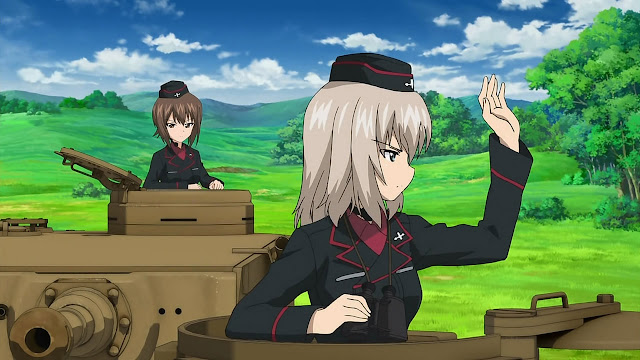 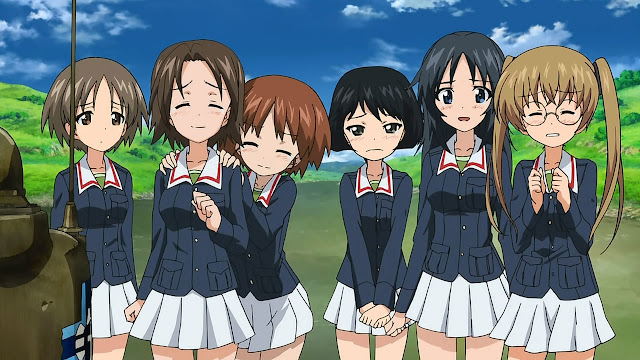 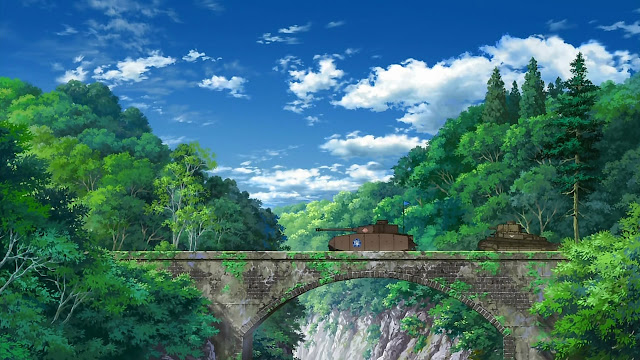 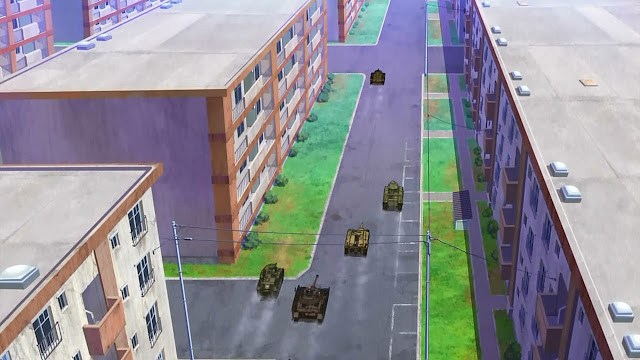 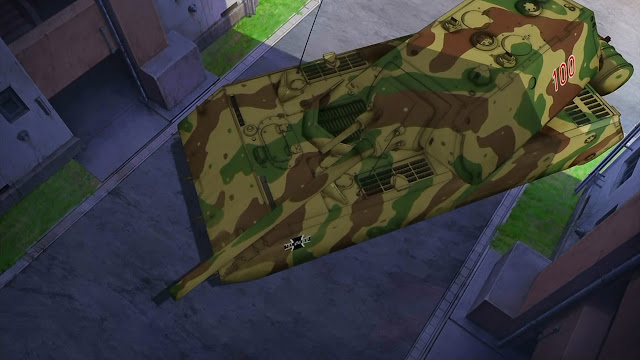 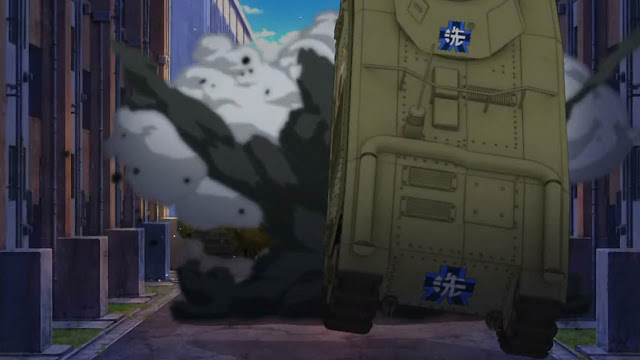 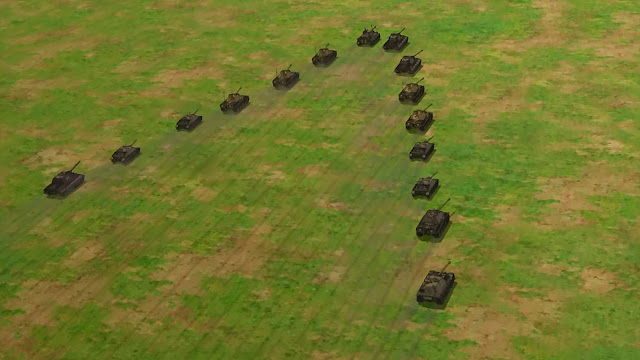 Miho’s own stratagems, on the other hand, are equally, if not more impressive. Ooarai’s innovative deployment of the Hetzer, coupled with her capitalization of the terrain and compassion for her teammates are excellent examples of why she is so well-respected as a commander. Sun Tzu said that:

Regard your soldiers as your children, and they will follow you into the deepest valleys; look upon them as your own beloved sons, and they will stand by you even unto death.

While the situation obviously won’t involve death, Miho’s relationship with her team is remarkably deep, and the respect from her teammates is reciprocated; after Rabbit Team is immobilized in the river, Miho faces the exact same situation as she did previously. This time around, her teammates fully back her decision to rescue Rabbit Team, and with this scene in mind, it is not unreasonable to conclude that Miho has successfully overcome her past limitations. After nearly 20 minutes of riveting combat sequences, Miho directs her company into an unoccupied urban area. Contrasting all expectation, a Panzer VIII Maus shows up and effortlessly shrugs off Ooarai’s assault, before wiping the floor with two of Ooarai’s units. This was somewhat surprising, but hardly unexpected. Ooarai clearly has demonstrated tactical superiority, so to even the odds up, Black Forest is granted some brute force to rectify the differences. With the finale releasing in a mere two days, I expect a brilliant engagement. Because the objective is still to eliminate the flag tank, my position has not changed since I posted my own speculations.