The Ooarai girls go on a camping trip. After setting up tents and going for a swim, Yukari offers her selection of rations with the others, only for everyone to opt for barbecue instead. The freshmen end up burning everything, but the student council manage to salvage the meal. 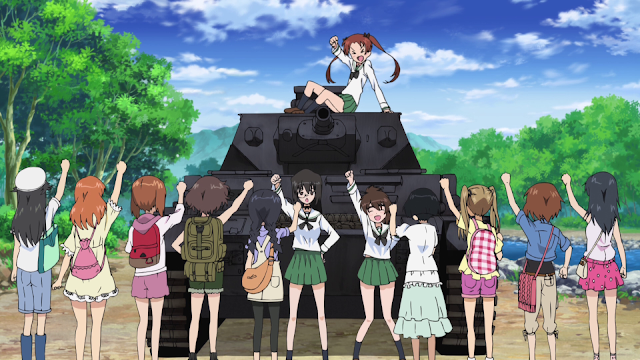 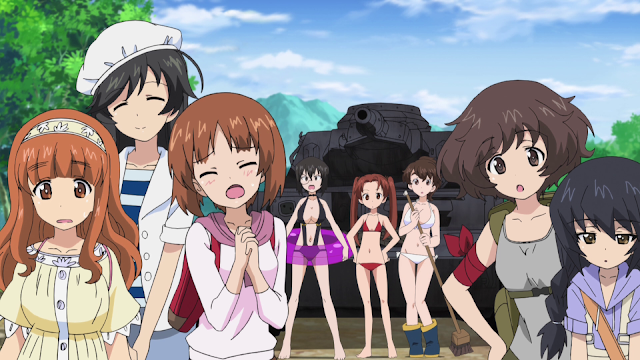 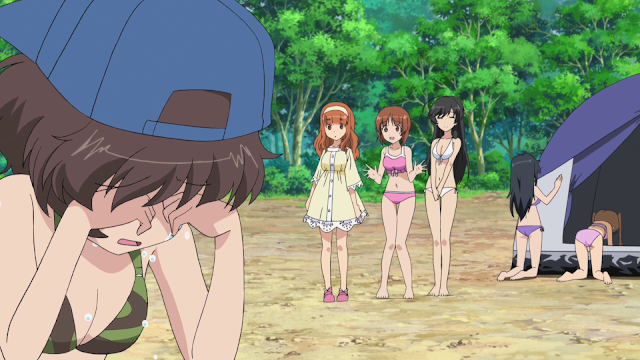 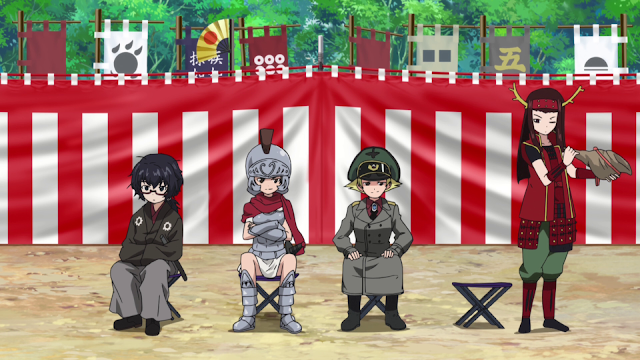 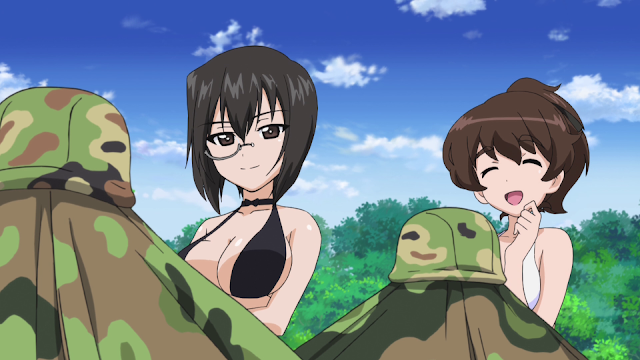 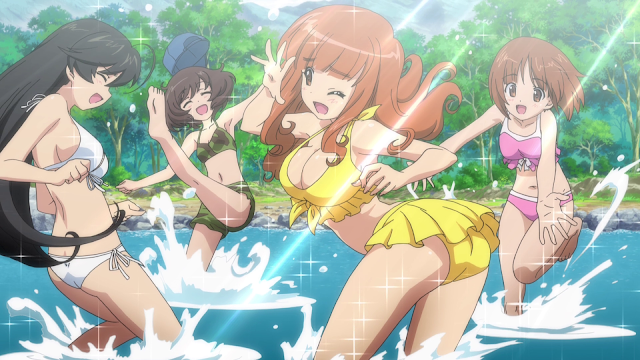 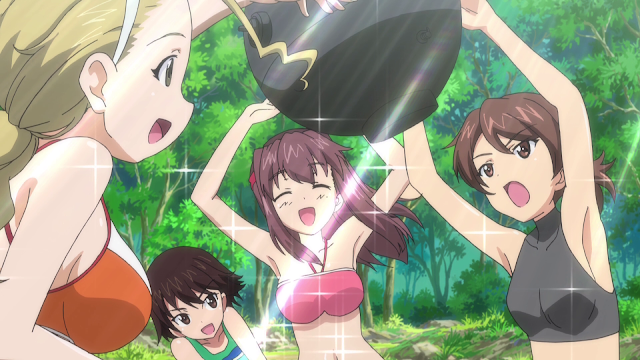 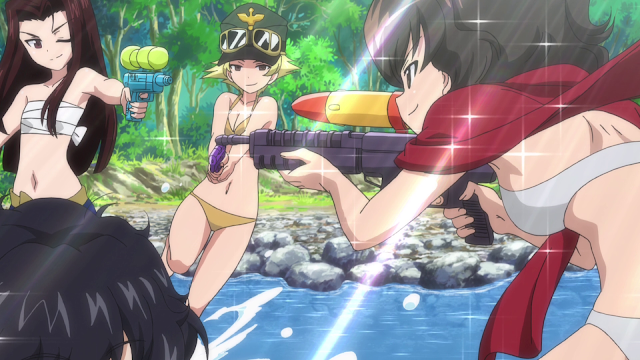 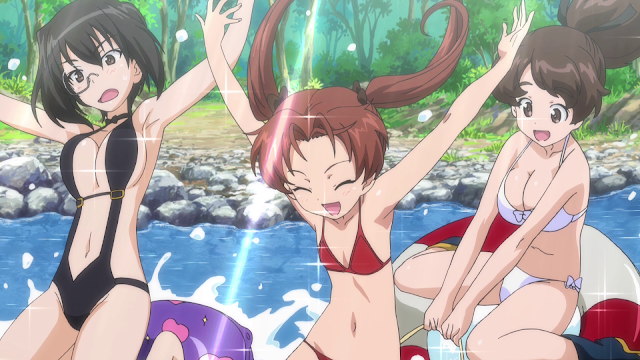 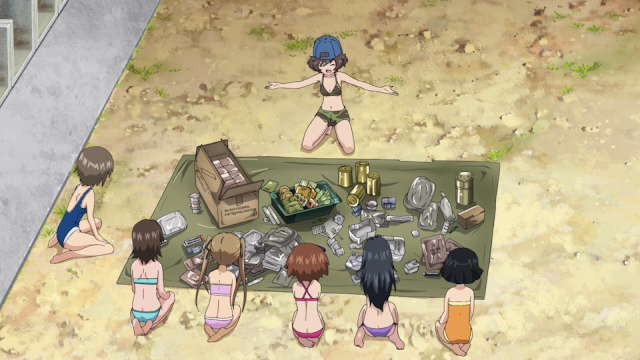 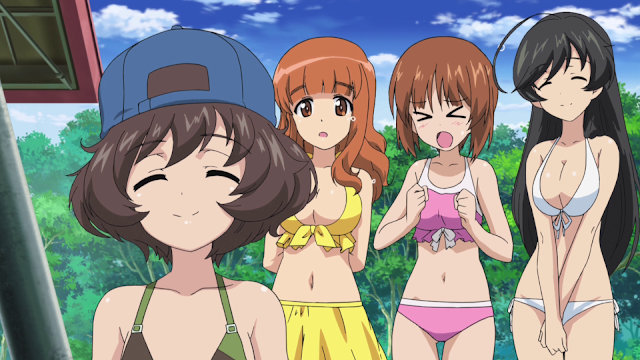 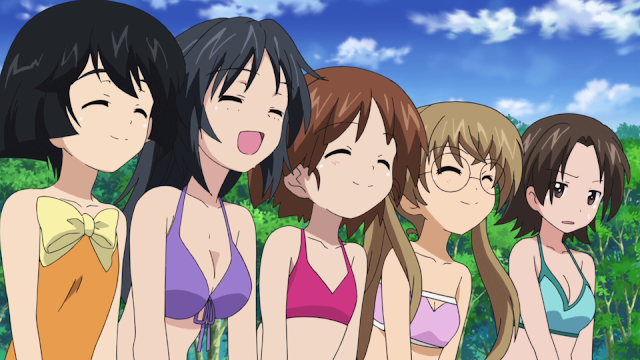 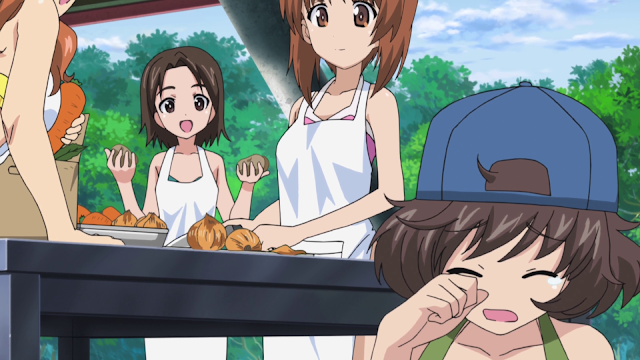 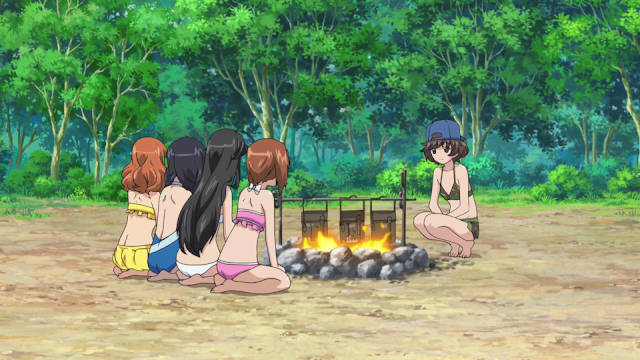 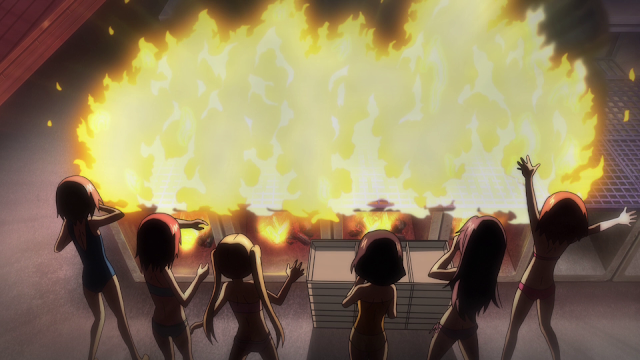 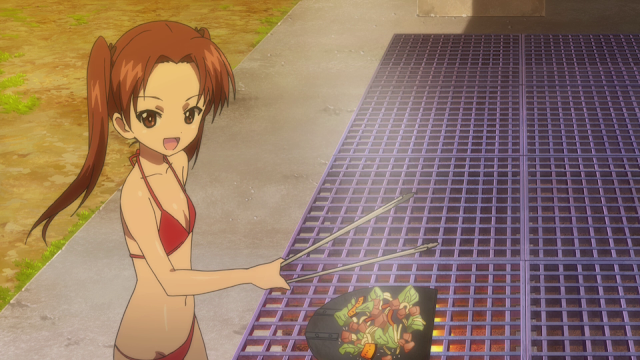 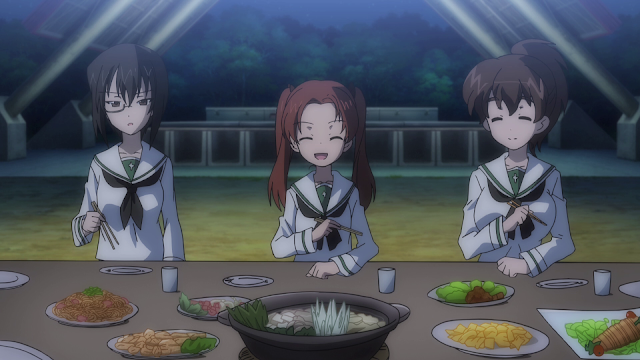 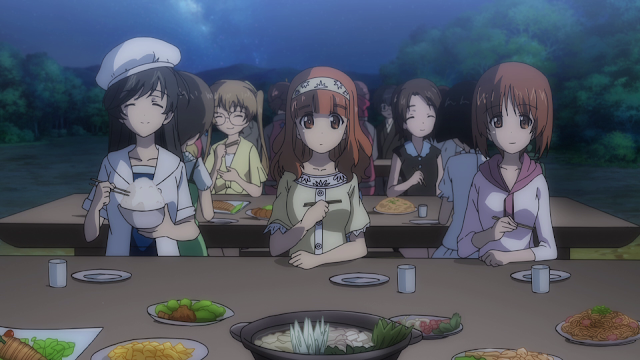 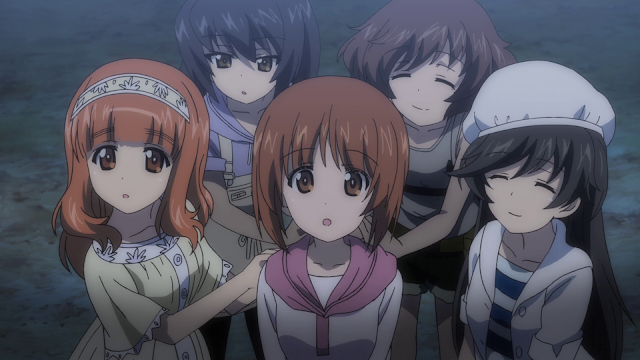 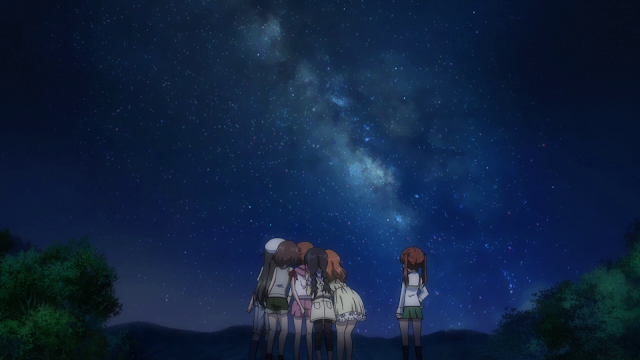 The second of the OVAs is roughly 10 minutes in length and thus, acts in the same manner as did the previous OVA, Water War!, being light-hearted and fun to watch. The irony here is that there’s more water and more swimsuits than in the previous episode. At its core, this is a camping episode with a great number of Monty Python references thrown in, especially concerning the spam.