This is the ending that fans might not have needed, but definitely deserve.

Ooarai’s team manages to defeat the Maus through a team effort, but Turtle Team’s tank is damaged and disabled. The main Black Forest force descends on the town. In the fierce fighting, Ooarai’s tanks are dispatched, but Leopon’s team blocks off a doorway, cutting off Miho and Maho’s tanks from the rest of Black Forest’s forces. A tank duel ensues between them, and Miho barely emerges victorious, winning the match in the process. The Ooarai crew and their fans celebrate their victory, ending with a parade through the town. 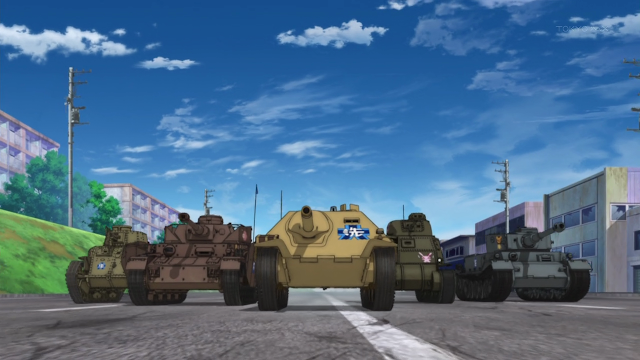 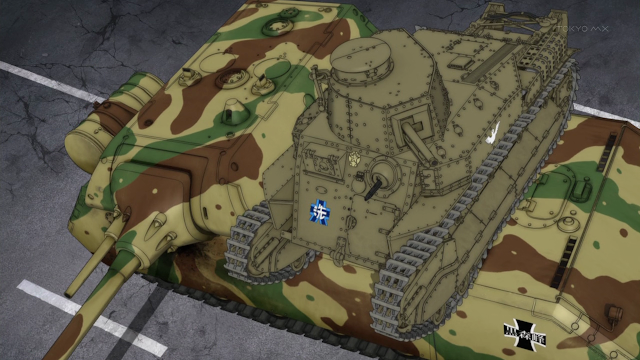 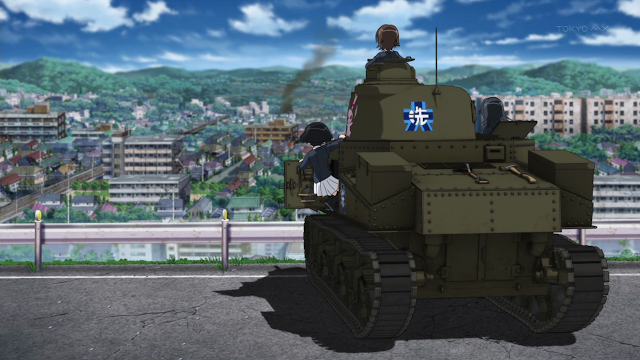 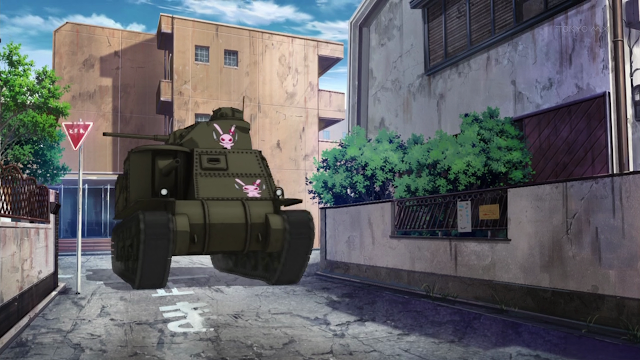 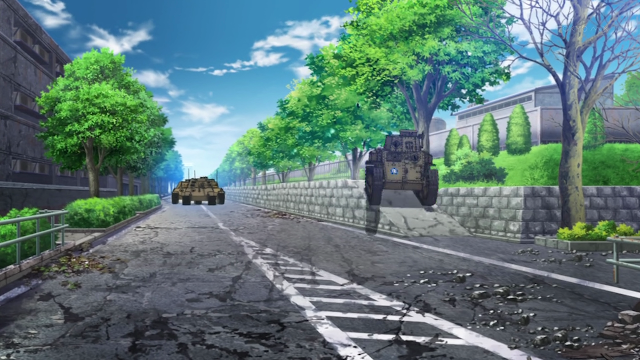 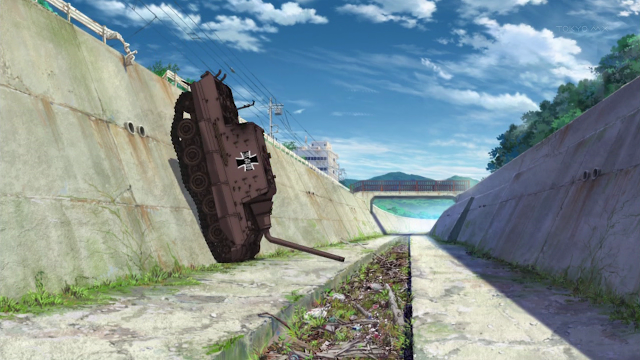 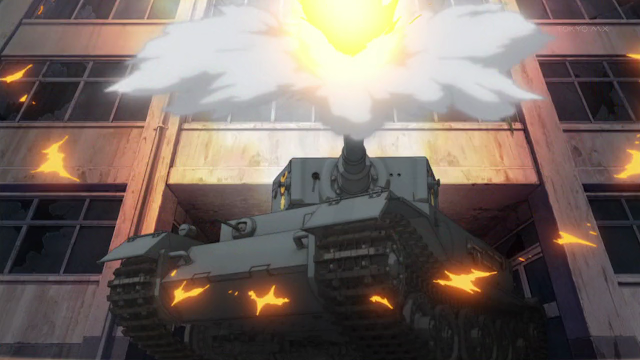 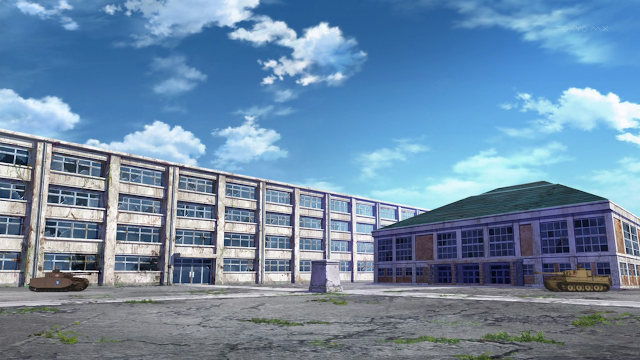 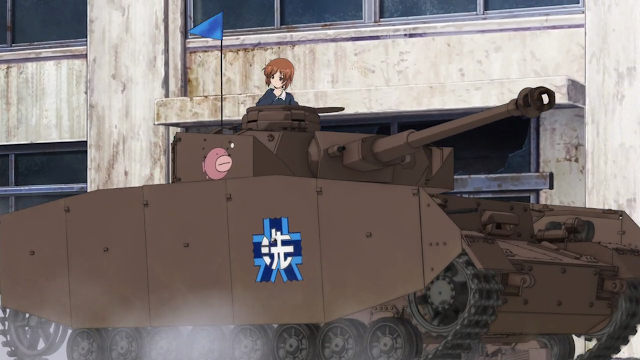 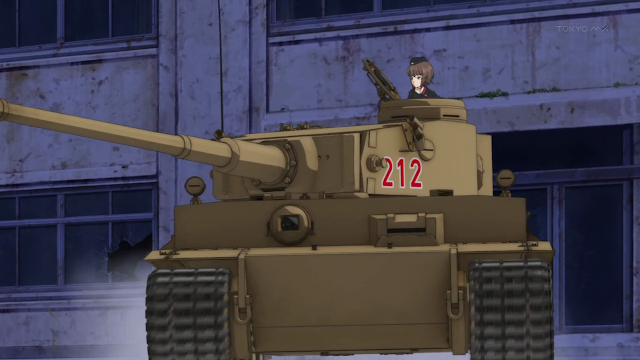 My heart was racing throughout the entire episode, something that insofar, no anime has been able to do. This honour is reserved for The Dark Knight Rises and Skyfall, two movies that were able to keep me on the edge of my seat the entire time, and as such, when an anime is able to invoke the same sense of excitement, it would not be unreasonable to conclude that the anime is well-crafted. From start to finish, this finale was a hugely satisfying watch, as we see Ooarai strive to fight off total annihilation through a combination of teamwork, ingenuity and determination. Miho’s decisions and methodologies allow her to keep her team composed even against overwhelming odds: not even the deployment of a prototype super-heavy tank is enough to keep them from putting in their best efforts. Moreover, it appears that Miho’s tendencies as a leader are now propagating through the entire team, with all of the tank crews beginning to adapt to situations and attempt to make the most of it, whether it is the first years’ capable use of terrain to annihilate the Jagdtiger, the volleyball team’s successful diversions or the mechanics team’s last stand against the enemy column, each and every team has illustrated that they have, for better or worse, completely embraced Miho’s unique approach to Panzerfahren. As the other units buy time for Miho, she enters an abandoned courtyard for one final confrontation with Maho. Subsequently, the one-on-one battle is about as good as it gets for armour. Miho’s final move is the same as against St. Gloriana, and this time, having a superior main gun, she is able to succeed in taking Maho out. It is a tense few seconds, but a glorious final outcome for the episode. 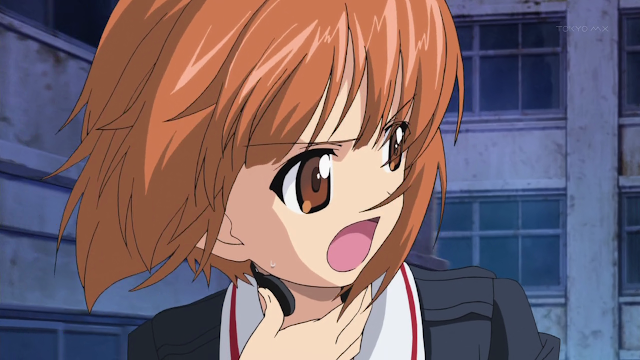 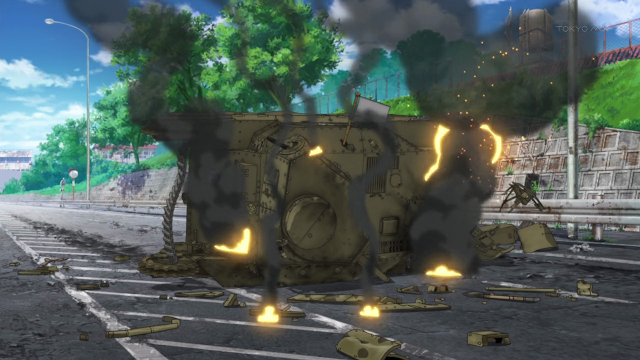 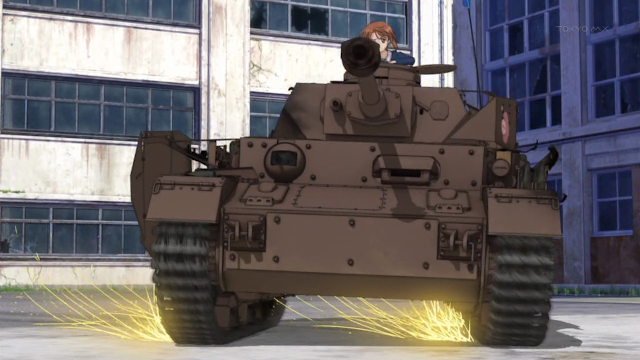 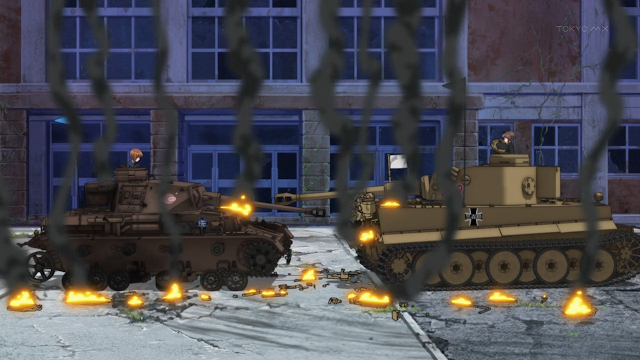 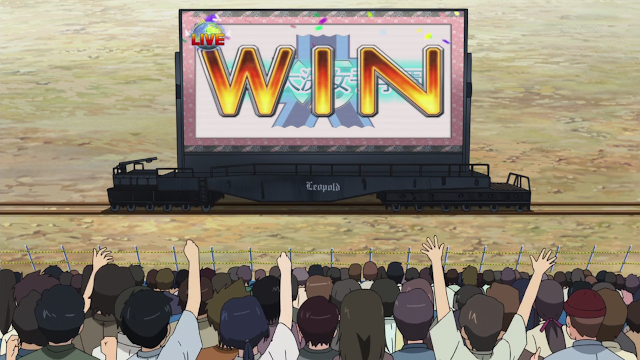 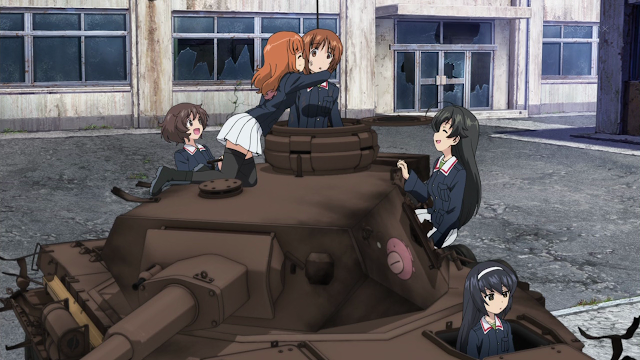 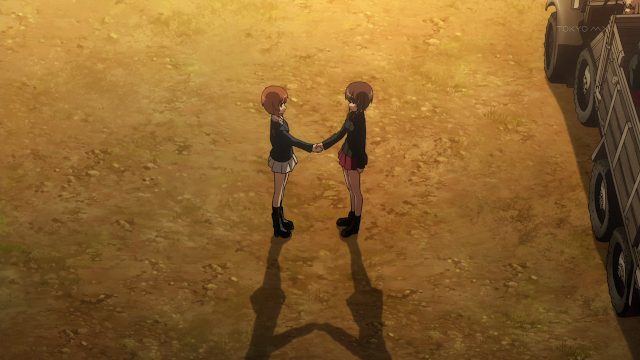 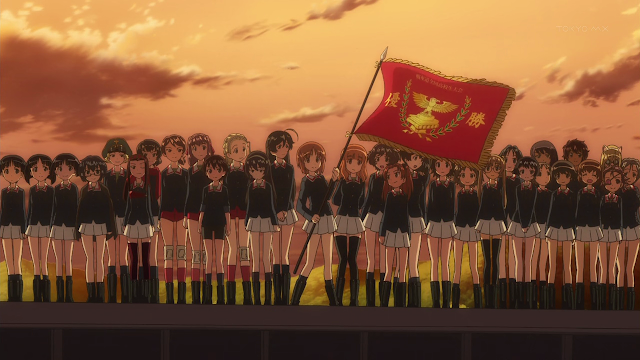 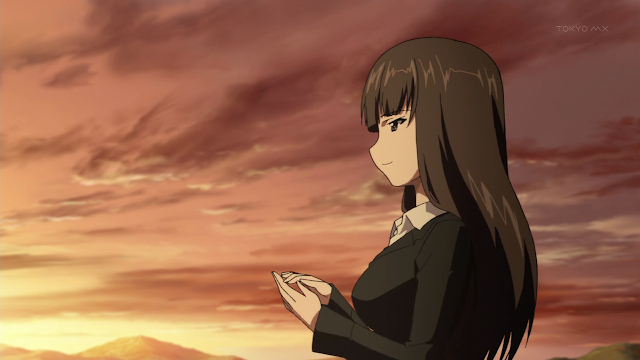 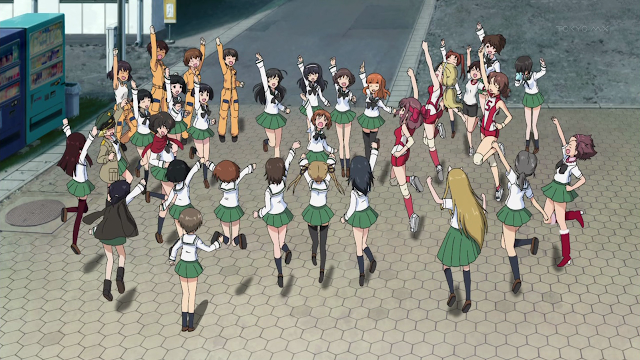 Girls und Panzer is, for good reason, the top anime of the Fall 2012 lineup, reminding viewers that their prima facie expectations of a series may not necessarily be an accurate indicator of what an anime has the potential to be. I myself came in with moderate expectations and an open-mind, something that would later prove to be a viable decision. Having started the series later than most, I eventually caught up and found myself in great anticipation of the final two episodes. When said episodes delivered content that exceeded expectations, I was most impressed. The series ultimately reflects on the quality and quantity of research that goes into ensuring the minute details are correct, with the end result that the technicalities are polished, consistent and fun to observe. From a story-and-characters point of view, we have high school girls (common) doing Panzerfahren (completely unexpected): while this potentially had the risk of being reduced to cliché and unoriginal story, the directors of Girls und Panzer are able to completely avoid this. The story is standard, but the character interactions are not unrealistic, themselves being fun to observe. Thus, I conclude that Girls und Panzer represents what anime in general should be: unique, refreshing and most importantly, fun. Lacking any major fanservice and yuri during its main run to distract from its primary goal, the series is entirely dedicated to telling an underdog story and their journey towards the top. armed with a solid story and premise, reasonable animation (while generally good, the CGI moments are a little rough) and a fitting soundtrack, Girls und Panzer ends up being one of the most novel and innovative anime I’ve seen for a while. Individuals looking for a series with a great deal of mechanised warfare would do quite well to pick this up, although truth be told, this series could be enjoyed by almost everyone, save the most closed-minded of self-proclaimed anime critics.