Upon Mechya’s arrival, the whole shopping district’s attention shifts towards him, while Tamako feels a little confused by everything; the empty shopping district begins to remind her of when her mother died. When asked by Dera about what she thinks of the whole bride business, Tamako talks about how much the district has meant to her over the years. Tamako rushes to turn down Mechya’s proposal, only to learn that she isn’t actually a candidate, as Choi has misunderstood things. After the girls see them off, Choi and Mechya head back to their home country, only to realise they’ve left Dera behind. Come New Year’s, Dera attempts to head back home by hiding himself in a bouquet, only to wind up in a box Mochizou has ordered for Tamako’s birthday and end up right back on Tamako’s doorstep. 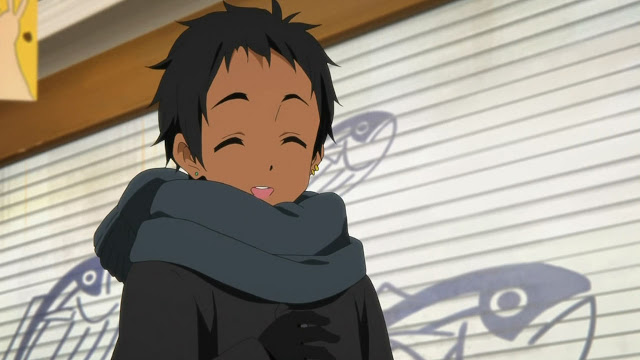 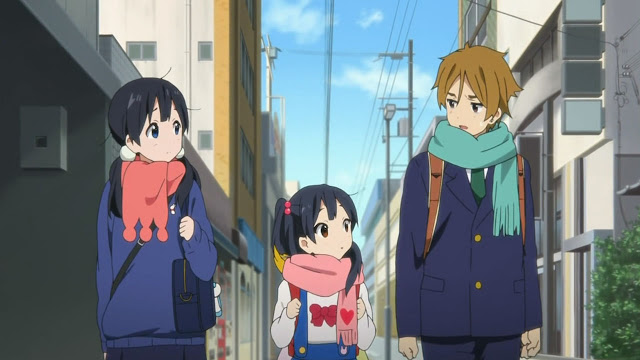 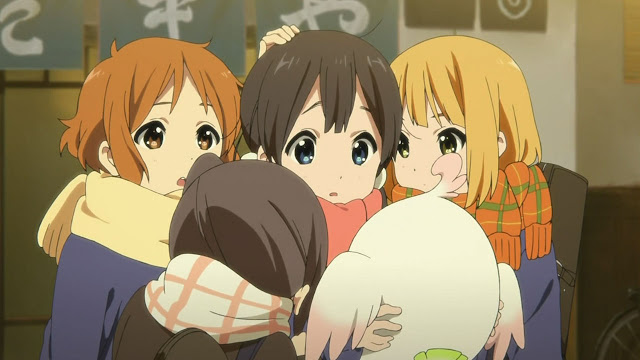 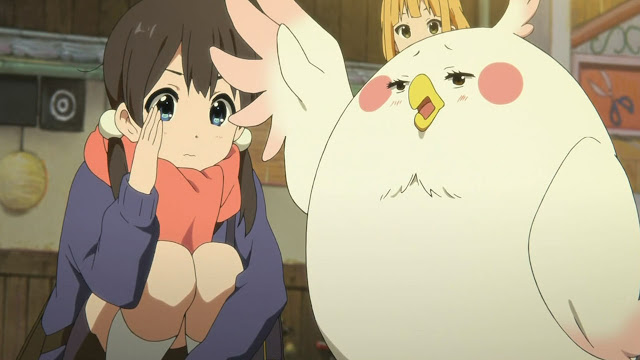 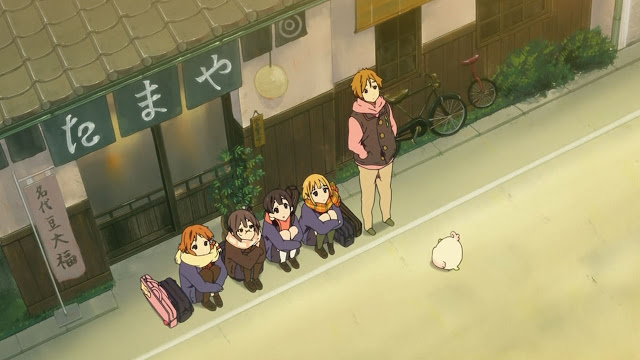 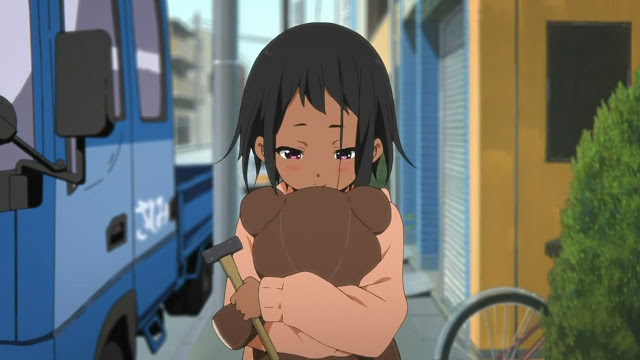 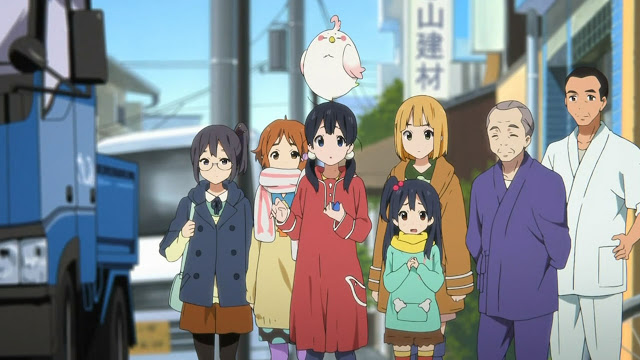 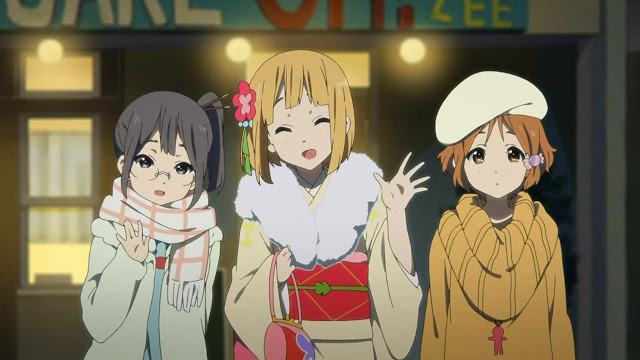 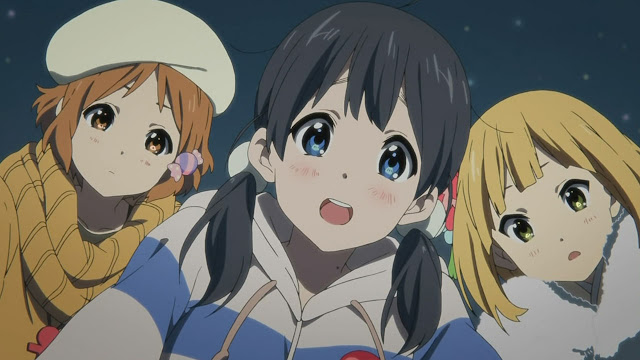 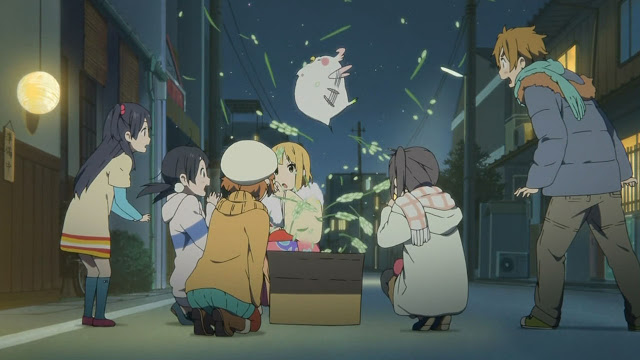 Tamako Market ends up being a simple anime that brings one unique element to the table: an anthropomorphic bird, Dera, that does much to add to the comedy behind the series. This single element lends itself to all kinds of amusement, whether it be Dera’s adherence to his homeland’s customs or the consequences of a diet, making each episode a riot as far as Dera is concerned. Overall, the series began as a simple slice-of-life anime about everyday life in the market district, but the narrative shifts suddenly in the final episodes, with elements that would have warranted exploration in greater detail: Tamako’s announcement and dismissal as a potential bride was an element that did not appear to contribute to the story overall. However, this does not appear to be a concern- as a whole, Tamako Market does an outstanding job of selling itself as a story about the daily life of Usagiyama market’s shopkeepers and their families, and perhaps more visibily, how the close-knit environment here allows them to maintain balance in their life even as extraordinary events occur. This simple, warm environment allows the anime to excel at invoking a sense of happiness and nostalgia in its viewers, even if the story does end up getting the short straw in the end.