The late afternoon sun falls silently on the unoccupied university corridor, illuminating the normally-occupied benches and desks. A space that would normally be crowded with students, talking about coursework and other ends, is now entirely devoid of activity. As I take a break from porting the computer model I developed for my thesis project to the next iteration of the simulation platform we use in our lab, I pull out my iPad and begin reading The Disappearance of Nagato Yuki-chan. Watching Yuki’s embarrassment and struggles to make her feelings known to Kyon evokes a sense of nostalgia and longing in me. As I scroll through the manga, the shadows lengthen as the sun approaches the horizon, blanketing the hallway and university grounds in a warm yellow glow. The sun won’t set for another three hours, but the light already makes it feel like the end of the day. Realising the lateness of the hour, I pack away my iPad and make my way back to the lab, where I will commit my code to the SVN repository, before I make my way home. As is typical of early May, research is beginning, and the workload is relatively light; as the summer wears on, I will direct more time to design, implementation and testing of biological models, leaving less time to read manga. 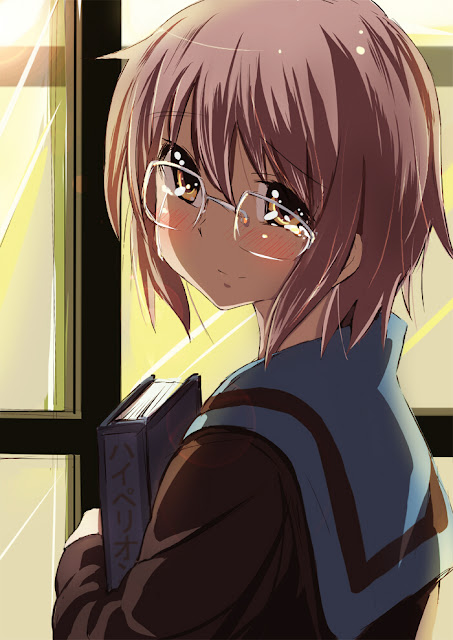 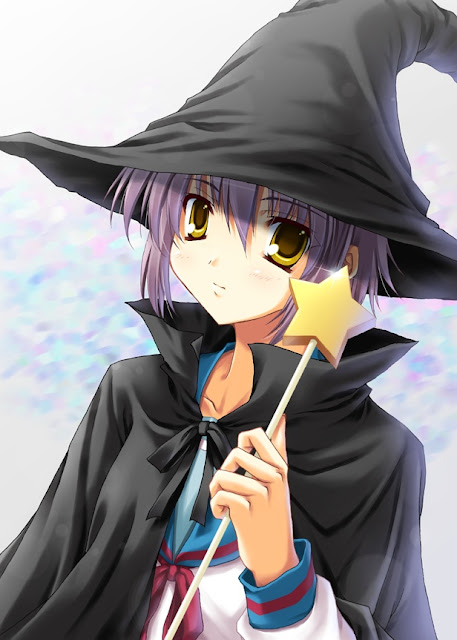 It was around this time of May, two years ago, that I came across The Disappearance of Suzumiya Haruhi; my interest in the movie was piqued by a chance encounter with the opening song, Bouken Desho Desho? and subsequently, I resolved to watch the entire TV series and the movie, despite having opted against the TV series previously. It was on a sunny day in the late summer, after work had ended, that I began the movie. My assessment of the movie was an overwhelmingly positive one; in particular, the depiction of one Nagato Yuki made the movie a completely different experience compared to the TV series. Compared to her stoic, emotionless self, the movie version of Yuki is the shy president of North High’s literature club and has feelings for Kyon. This characterisation paints Yuki in a far more human manner than previously illustrated and led to the creation of the spin-off, The Disappearance of Nagato Yuki-chan, a manga that presents Suzumiya Haruhi’s world as it would have been if it were normal. The aforementioned nostalgia and wistfulness in Nagato Yuki-chan is now associated with the empty corridors of the university; the extra time offered by the summer has allowed me to explore more anime and manga in general, with Nagato Yuki-chan being one of them. I found that Yuki’s movie incarnation and her subsequent portrayal in the manga to be her best side: she is quiet because she is shy and finds considerable difficulty in conveying her feelings to those around her. The manga is endearing and light-hearted compared to the original series, depicting a simple love story that is unfettered by aliens, time travellers and espers. I prefer it this way, as it allows for the story to focus solely on the character’s interactions, making them far more alive than they were in the original TV series. The reduction of other elements makes each of the characters more relatable. For instance, Haruhi is far kinder a person, while retaining her excitable mannerisms. Ryoko Asakura loses her psychotic tendencies, being represented as a sister figure to Yuki (periodically advising her on how to get along with Kyon) with a bossy personality and styles herself a paragon of proper behavior. Kyon’s snide attitudes are largely absent, making subtle returns where Haruhi is present, but otherwise, as with Haruhi, he is a nicer person all around. 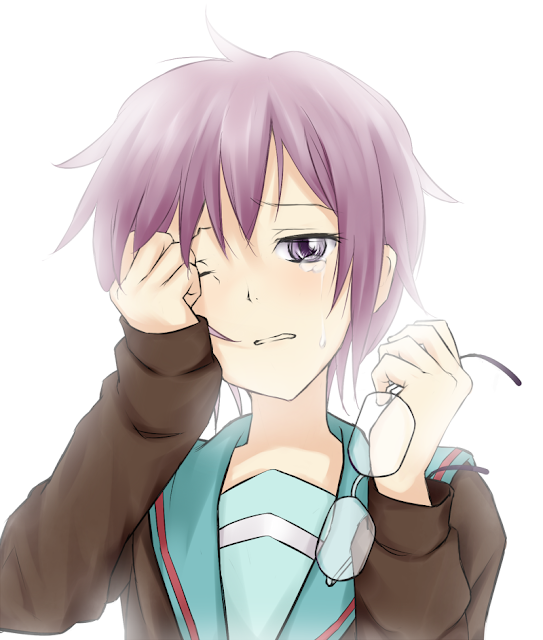 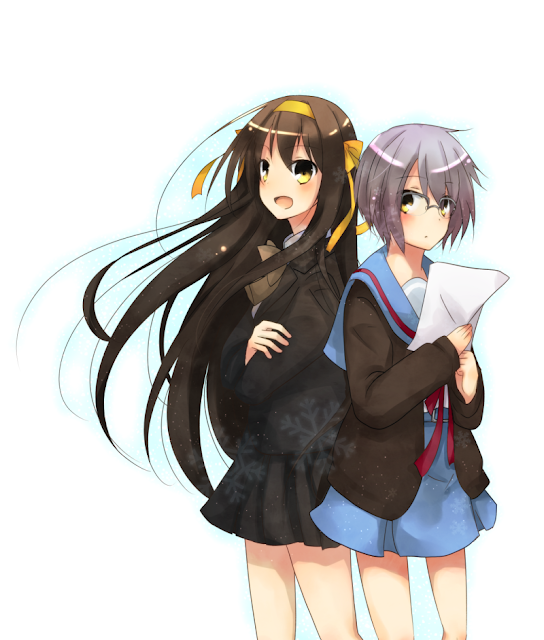 From a personal perspective, I would have enjoyed an animated incarnation of Nagato Yuki-chan, if only to see how things would have progressed between Kyon and Yuki in an ordinary world free of the supernatural. While the purview of such an anime would fall under the classic romance-drama or romance-comedy, such a series would have the potential to be highly engaging if paced properly. Such an anime would probably be best set to Satoru Kousaki’s orchestral genius. We note that love stories are interesting for what they bring out in their characters (and for that reason, I have omitted several plot-critical elements in this quasi-reflection post), so even if this ends up being yet another romance story about a nice guy and shy girl, I would contend that perhaps it is because we’ve seen Kyon, Yuki and Haruhi as they originally were, that brings intrigue to this alternate interpretation of both their characterisation and world.