The Garden of Words Review

We have met, for each of us to walk forward.

Takao, who is training to become a shoemaker, skips school and is sketching shoes in a Japanese-style garden. He meets a mysterious woman, Yukino, who is older than him. Then, without arranging the times, the two start to see each other again and again, but only on rainy days. They deepen their relationship and open up to each other. But the end of the rainy season soon approaches…

It has been two years since Children Who Chase Lost Voices from Deep Below was released, and the announcement of The Garden of Words admittedly took me entirely by surprise. I became aware of The Garden of Words through word of mouth, when one of the developers at the lab asked me whether or not I had heard about this latest Makoto Shinkai film while we were en route to Namaskar, a restuarant that serves Indian Cuisine. My interest piqued, I subsequently resolved to check out the movie and naturally, provide a short discussion of it here. As per usual, viewers are doubtlessly looking for the screenshots, and this is where my content will deliver. 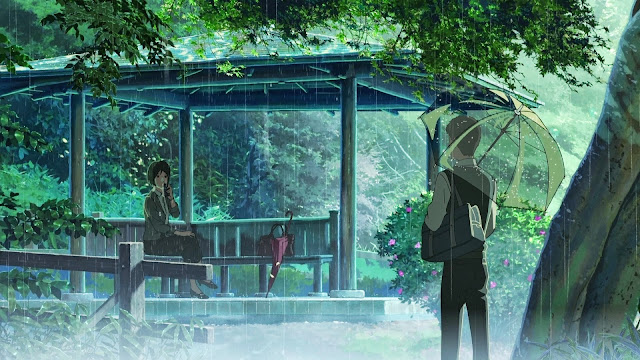 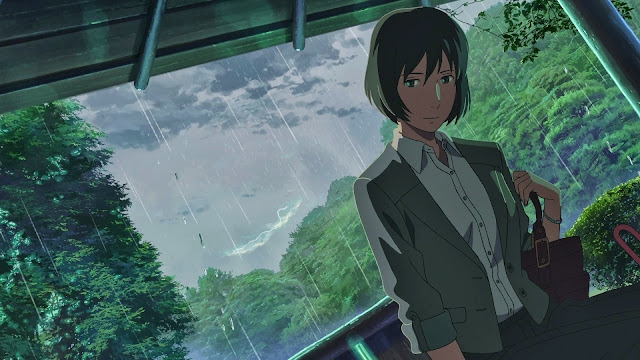 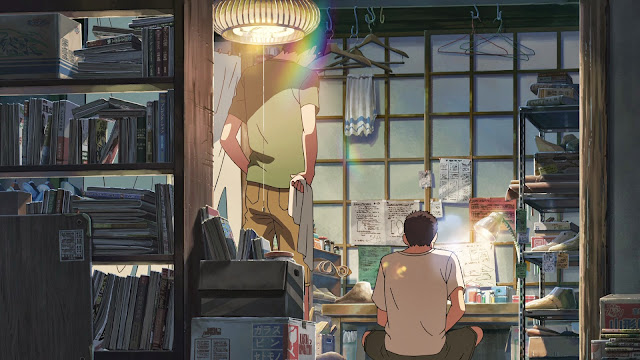 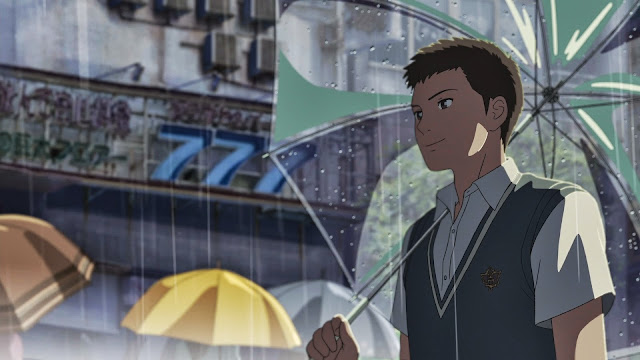 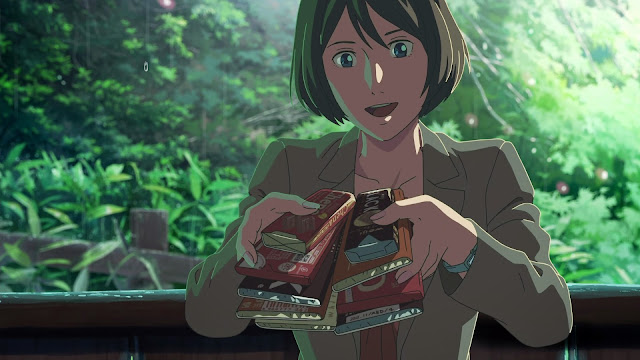 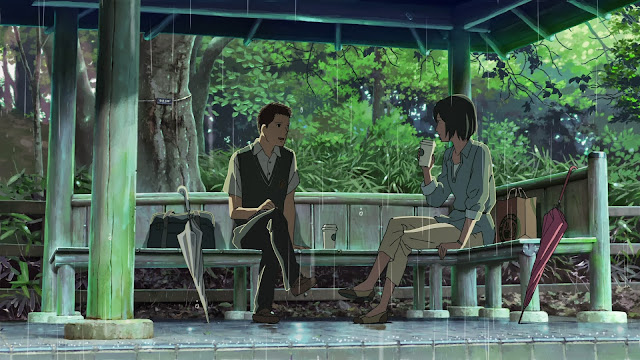 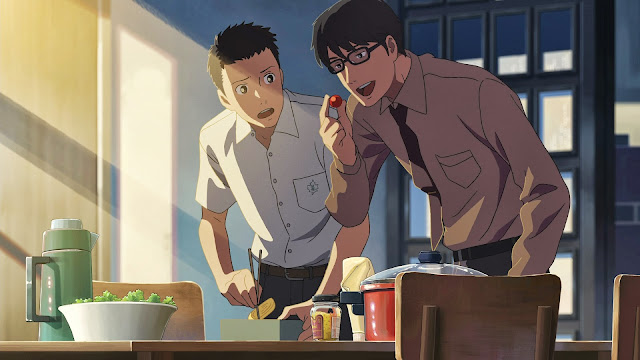 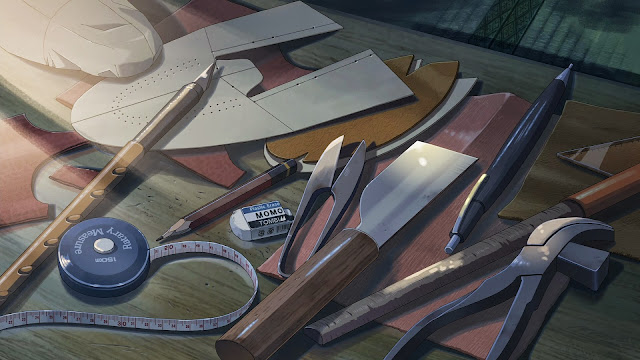 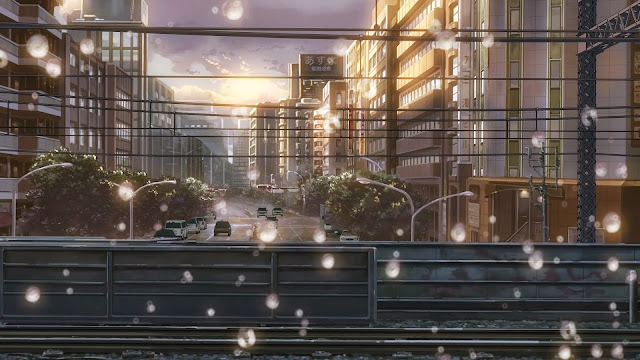 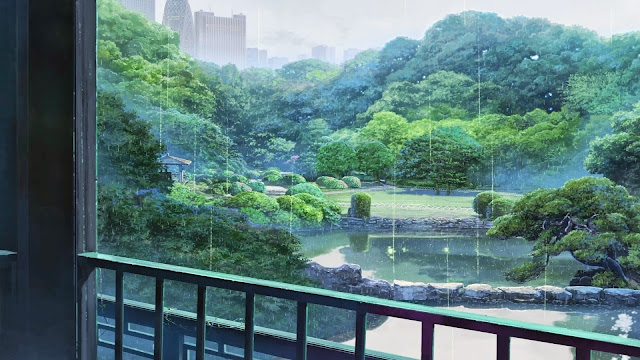 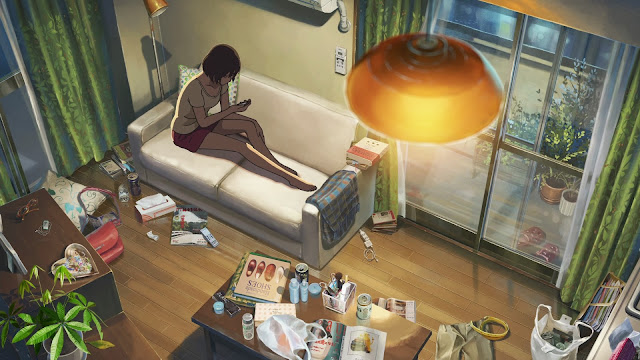 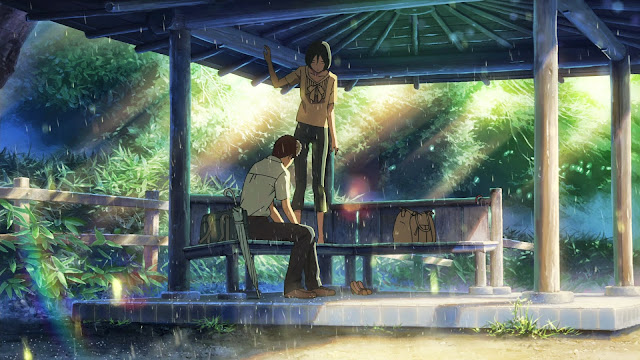 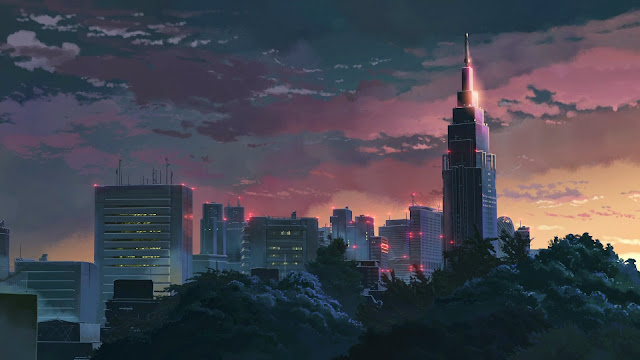 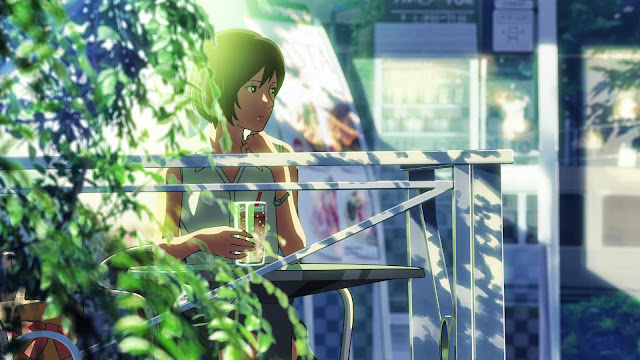 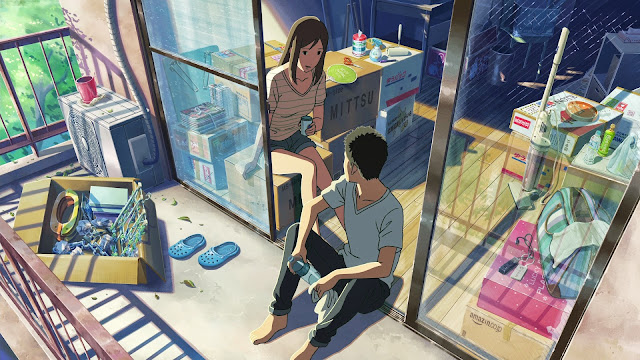 As the credits roll, and I am left to take in yet another beautiful Makoto Shinkai production, it hits me. The Garden of Words represents a refinement of Makoto Shinkai’s previous movies, binding together a love story with spectacular visuals. My words can do the artwork no justice, hence the decision to include some thirty images. By now, Makoto Shinkai has had sufficient experience in crafting yet another story about longing and loneliness, bringing a young, aspiring shoemaker together with a teacher caught in the midst of a scandal of sorts under raining skies in a tranquil park. As Takao Akizuki and Yukari Yukino get to know each other better, the viewer will probably recoil from the implications: Takao is merely a student, and Yukari is an instructor. By any stretch, romance between a student and teacher is a highly contested topic that I lack the background to dive into, so The Garden of Tears ends up pushing the limits for what is considered to be “socially acceptable”. Of course, this is merely one interpretation: Makoto Shinkai stated  that the original concept of “love” in Japan was to be a sort of longing in solitude, written in a different form prior to the importation of Han characters. Its usage here would therefore imply a sense of emptiness that both Takao and Yukari experience until they run into one another. As such, one might alternatively view their relationship strictly as a platonic one. 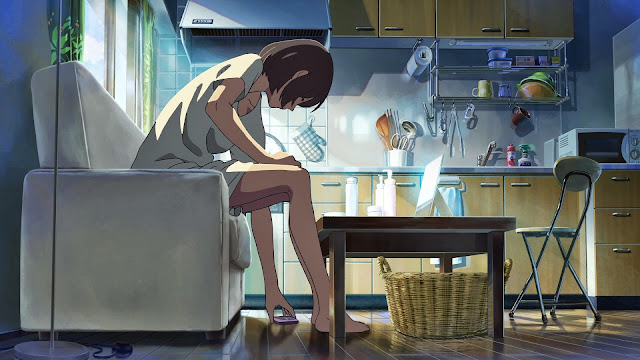 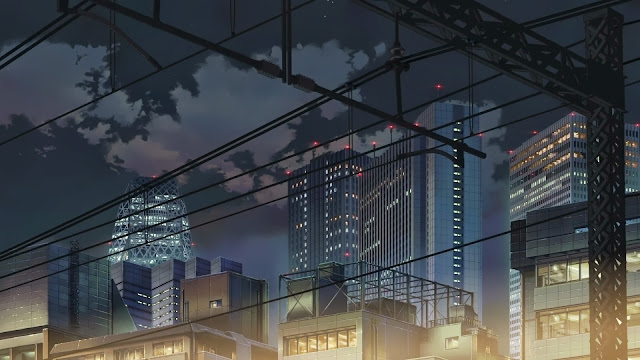 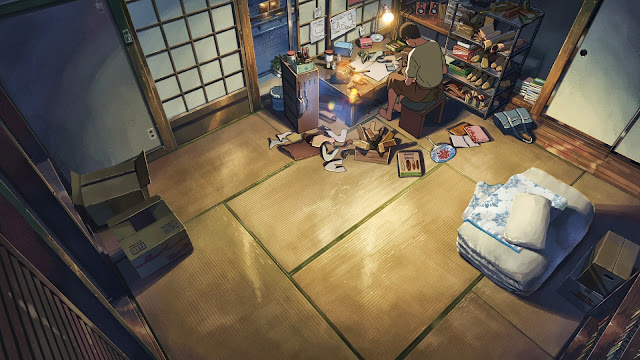 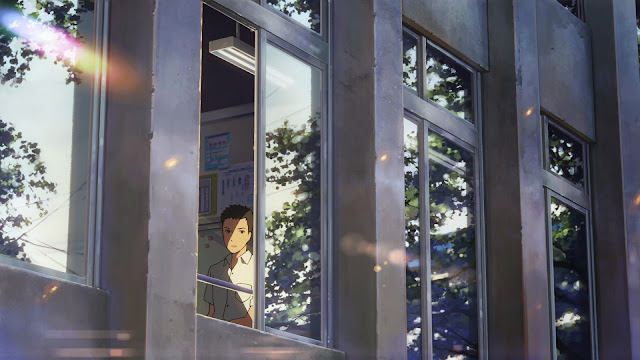 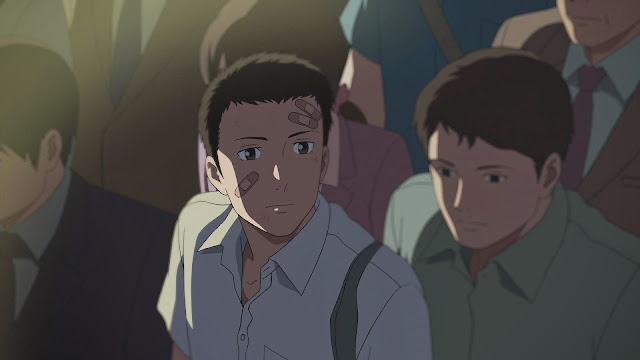 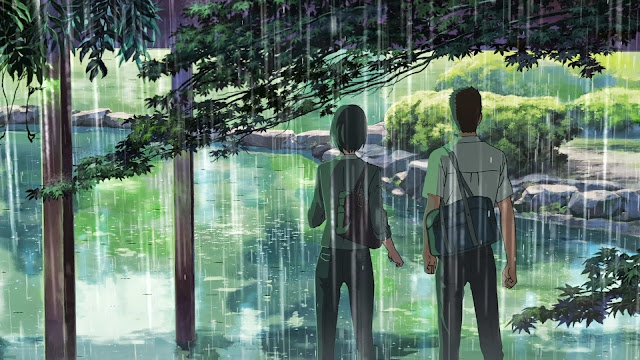 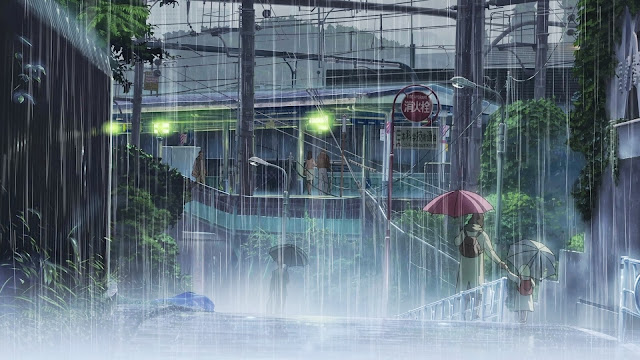 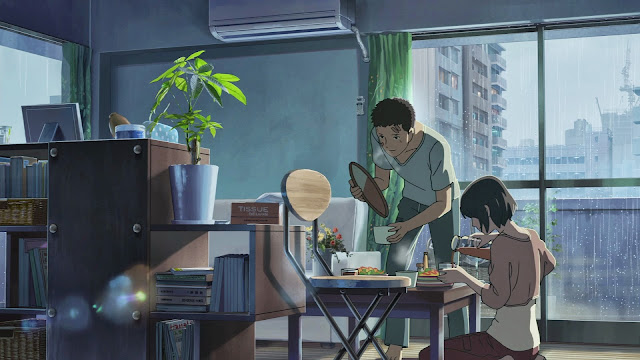 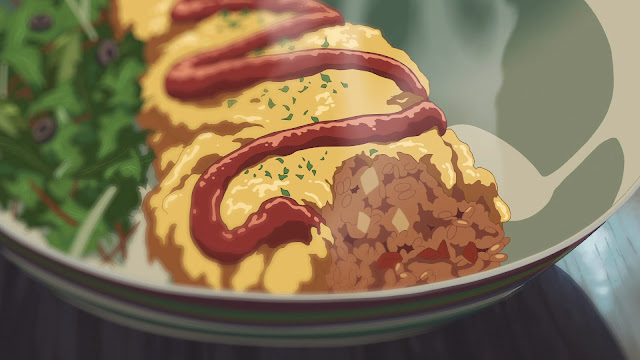 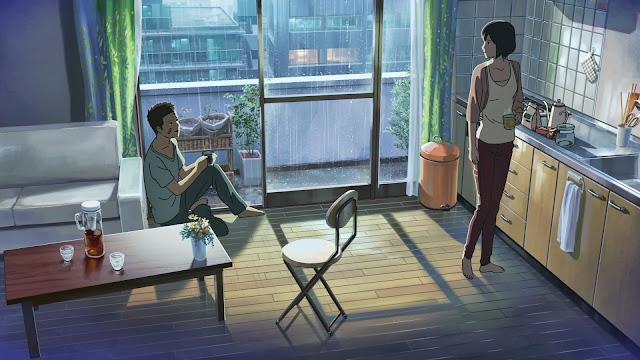 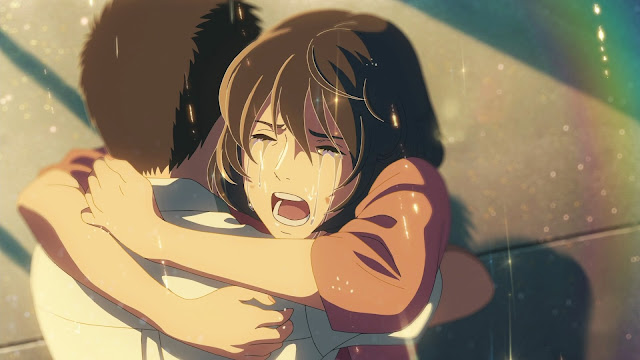 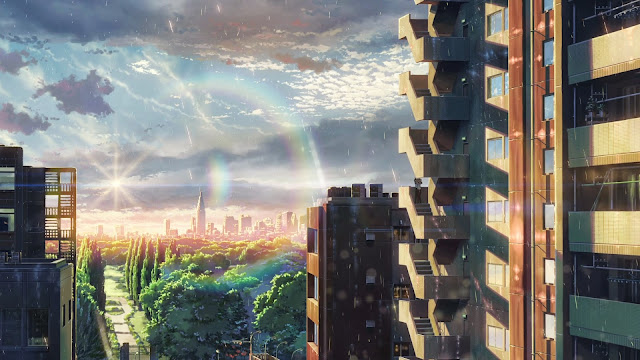 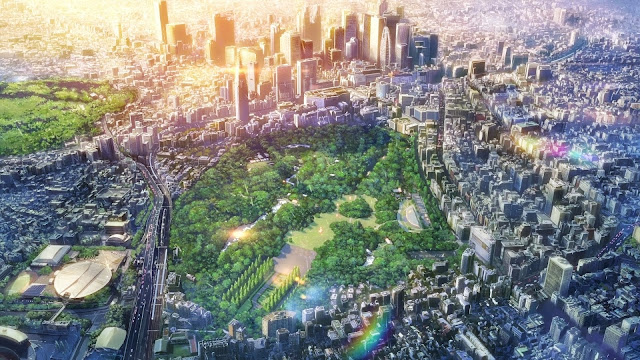 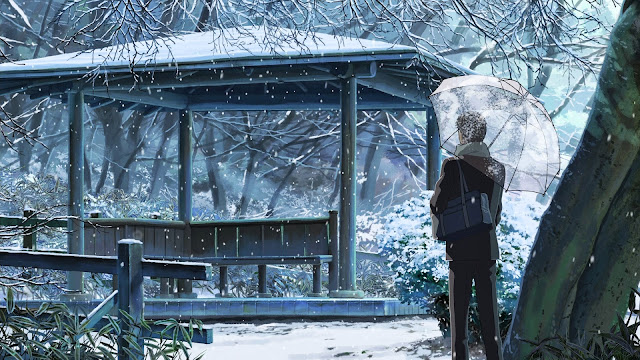 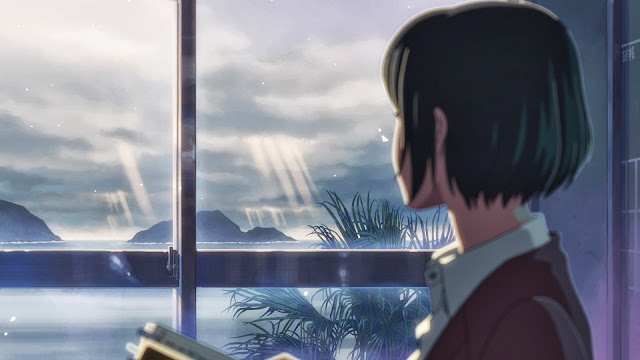 At the end of the day, what is the most relevant is The Garden of Tears itself; while the love story proceeds in a formulaic manner, Makoto Shinkai’s capacity to tell it in a simple, concise manner illustrate how he has since optimised the trends since Five Centimetres per Second. The story is uncluttered, concise and perhaps most importantly, decisive. For the literary-minded readers, the rain itself acts as a symbol of sorts: Takao only skips classes on rainy mornings, and much like its fleeting nature, his conversations with Yukari are similarly short until the movie’s end, where the old equilibrium breaks down completely. Unlike has previous works, the movie’s outcome is more explicit, making it clear that Takao is in control of his destiny, whereas Takaki is more prone to being swept away. Storyline aside, what shines most is (unsurprisingly) the artwork and visuals in the movie. The two years that have elapsed since Children Who Chase Lost Voices from Deep Below show in the anime, whether it be the ripples that propagate through puddles, the steam rising over cooking omelettes or the lens flare from the sun as the camera sweeps over Tokyo, Makoto Shinkai’s technique has improved, leading to vistas and visuals even more impressive than in his previous works. There is only so much I can do in words and screenshots, so my final verdict is, if, like me, the movie has not been watched yet, please go watch it.

10 responses to “The Garden of Words Review”