Suisei no Gargantia: Reflections on the first two episodes

The story begins in the distant future in the far reaches of the galaxy. The Human Galactic Alliance has been constantly fighting for its survival against a grotesque race of beings called “Hidiaazu.” During an intense battle, the young lieutenant Ledo and his humanoid mobile weapon Chamber are swallowed up into a distortion of time and space. Waking from his artificially induced hibernation, Ledo realizes that he has arrived on Earth, the planet on the lost frontier. On this planet that was completely flooded by the seas, people live in fleets of giant ships, salvaging relics from the seas’ depths in order to survive. Ledo arrives on one of the fleets called Gargantia. With no knowledge of the planet’s history or culture, he is forced to live alongside Amy, a 15-year-old girl who serves as a messenger aboard the Gargantia fleet. To Ledo, who has lived a life where he knows nothing but fighting, these days of peace continue to surprise him.

This is the official description, and had been one of the most looked forward to series on my list of things to watch for the Spring 2013 season. The only problem was that I was up to my neck in shows to catch up on, and as such, had virtually no time to follow it. However, as I am only following a single series to follow this summer, I am presented with sufficient time to go back and look at some of the anime from the Spring season: Suisei no Garantia is one of them, having caught my eye two weeks into the Spring and raising my interest in a science fiction anime, where the other offerings did not. 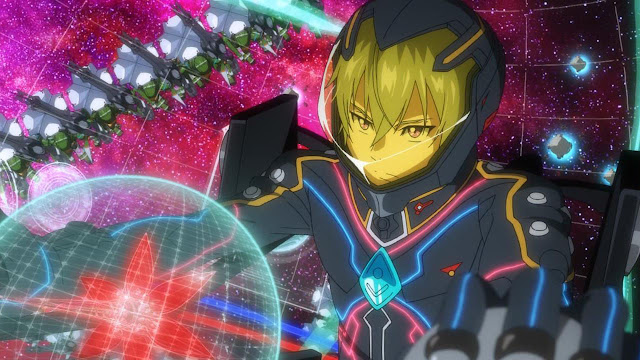 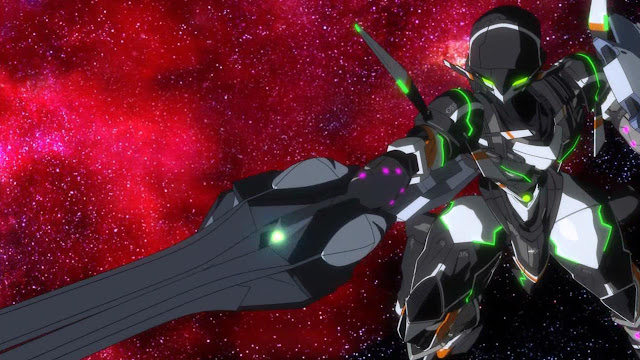 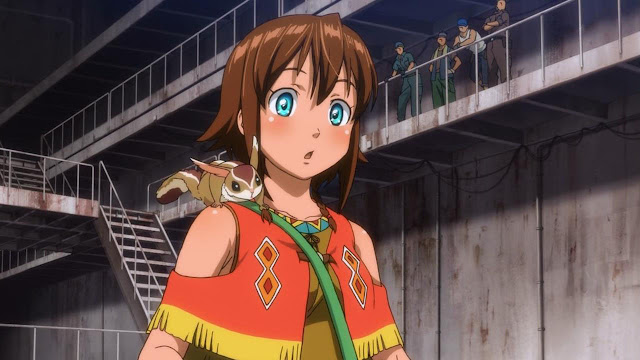 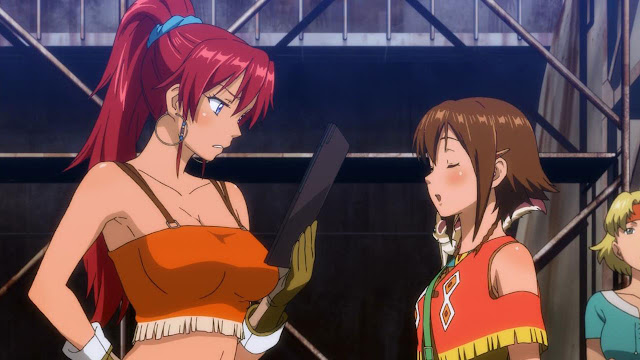 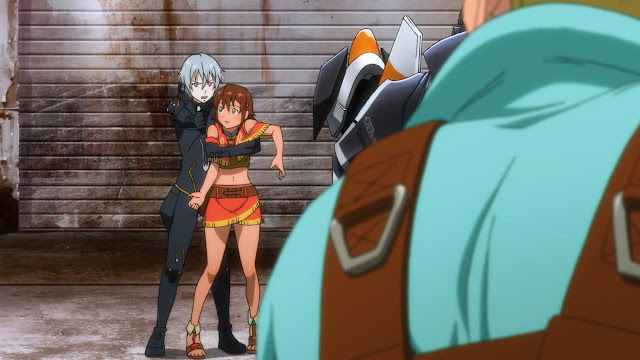 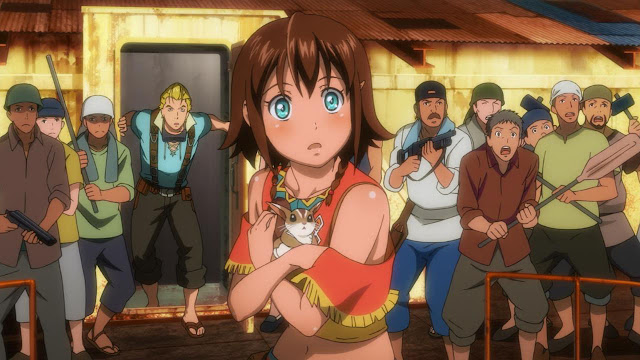 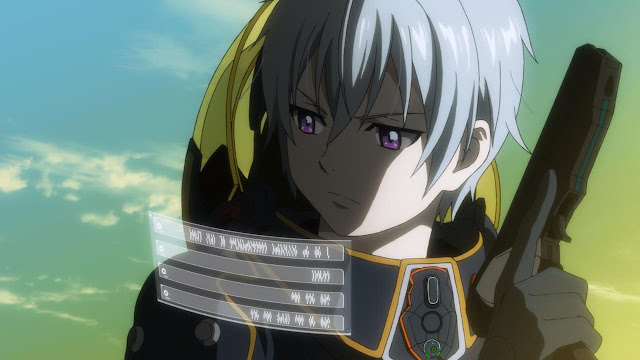 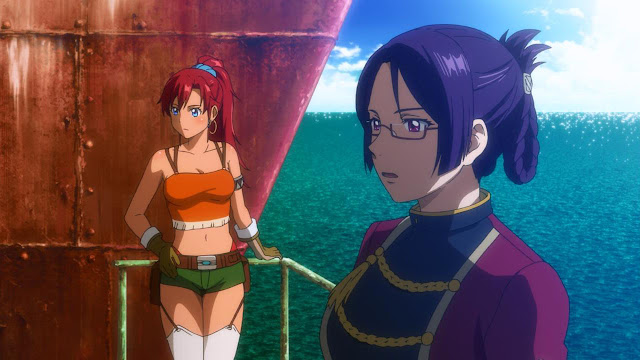 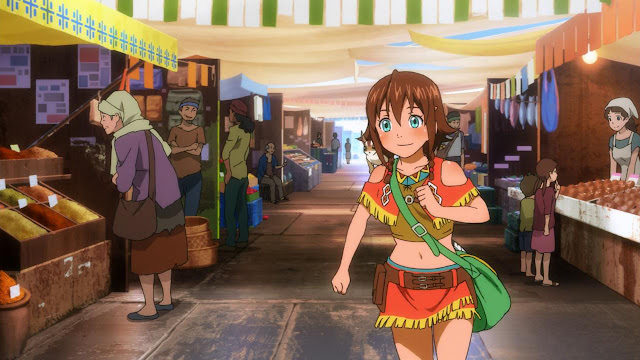 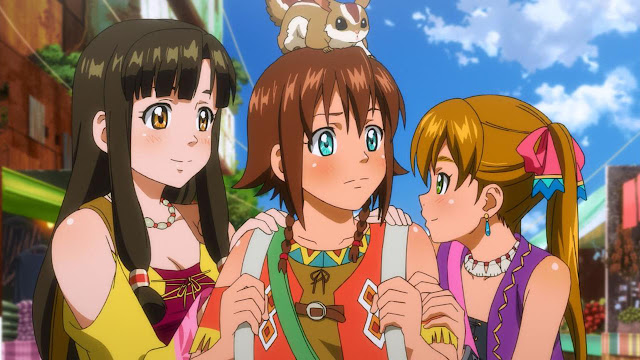 Insofar, Suisei no Garantia is an intriguing series that will fulfill my wish to see a science fiction anime. This time around, the setup is essentially the opposite to that of Futurama: our protagonist finds himself on a technologically-inferior world and finds himself out of place with the customs and language. Of course, no actual time travel is involved, contrasting Futurama, where Philip J. Fry ends up a thousand years in the future after being frozen, but at least the future citizens of Earth can still speak English. Here, the inhabitants of Gargantia have experienced a divergence in language: I’ve heard that language shifts at a gradual but brisk enough pace such that languages become difficult to interpret after 500 years, and beyond a thousand years, is effectively unintelligible. This element is depicted very well, with what appears to be mangled German being used in place of Japanese to represent this communication barrier. 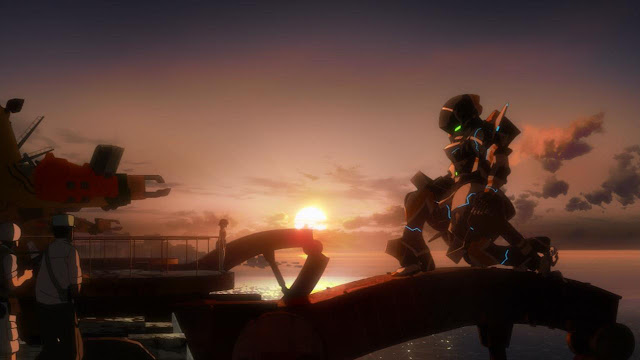 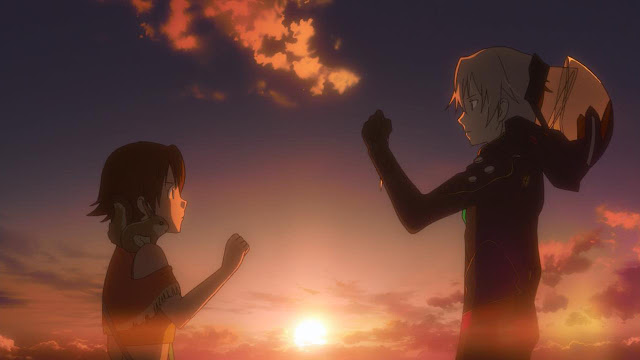 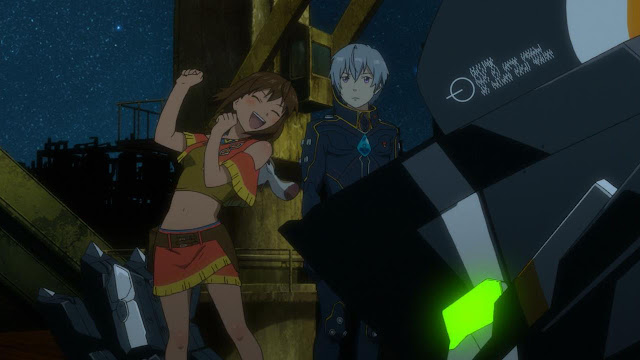 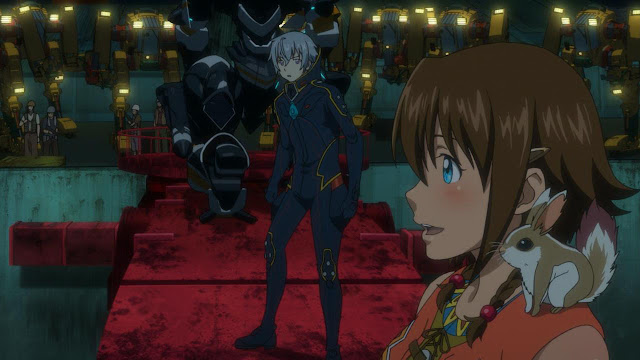 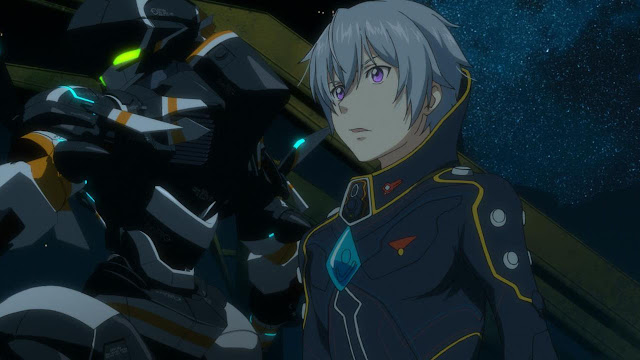 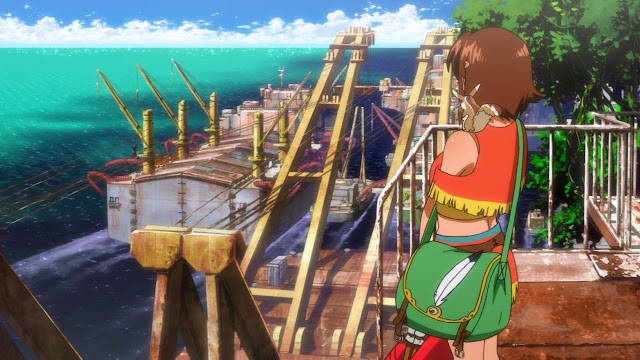 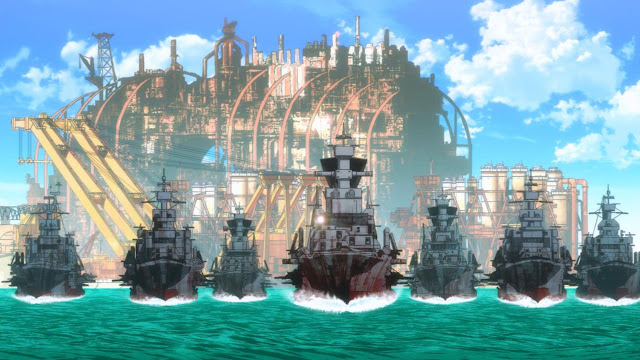 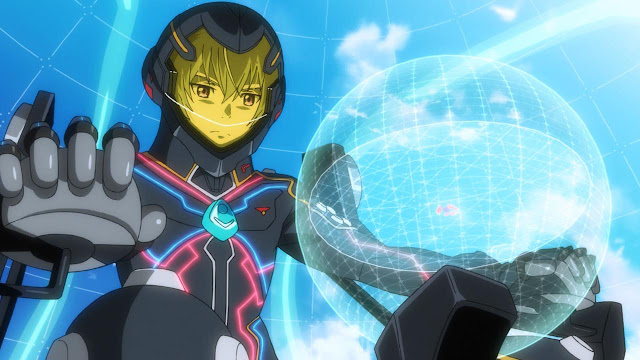 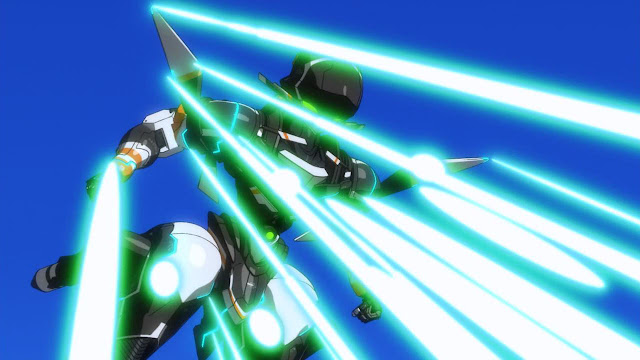 I am considering the first two episodes simply because the second episode is tied quite closely to the first one with respect to exposition. Much of the first episode is dedicated towards depicting the scale of the interstellar war that Ledo and the Human Galactic Alliance are involved in. It’s a brilliant light show that brings to mind the first battle we saw in Samurai 7, with hundreds of vessels on screen and laser illuminating every corner. The mysterious entities the humans are fighting, the Hidiaazu, bring to mind the Flood from Halo. However, soon after Ledo is separated from his battle-group, the anime immediately begins to give off a BioShock feel. The Earth, it is explained, now is home to a seafaring human civilisation, as a result of glaciation activity and then total re-melting of the aforementioned glaciers. Of course, calculations put the change in sea levels to be around 200 to 250 feet higher if all the glaciers melted, so the situation in the anime might be a little more extreme than projected, but nonetheless, it does set up an interesting premise. The primary strong point insofar seems to be the closely-knit community shared between the Gargantia’s inhabitants, and perhaps a more subtle element, the divergent language that precludes Ledo’s capacity to communicate with them. As the proverbial fish out of the water, Ledo finds himself at odds with these humans, but with assistance from Chamber, he eventually familiarises himself with their customs. Chamber is somewhat similar to Cortana (Halo) as an AI, providing support where he can, and catalyses Ledo’s understanding of the Gargantia’s community. Suisei no Gargantia is perhaps best contrasted with Gulliver’s Travels in content, although presently, I do not see any satire of human society in Gargantia. In fact, one might say that Gargantia is the opposite: a community that values balance and respect.