Sawa and Taichi: Signs of a Dawning Relationship

This post is a little unusual compared to the ones I normally write, given that I typically have very little to say about signs of a relation in an anime. This factor is primarily motivated by the fact that most anime with a romance element will usually attempt to develop it in a clear manner, so as to ensure the viewers are aware that the story is going in such a direction. However, Tari Tari is an exception, being an anime about a group of friends coming together and trying to put on a opus magnum before they graduate from high school. Throughout the anime, the focus has been about this journey towards the end, the setbacks and successes that Wakana, Konatsu, Sawa, Wein and Taichi share together and ultimately, the significance of having done so. I was feeling somewhat nostalgic when I went back through and re-watched Tari Tari, but this time around, having already known what is to happen, I picked up more details in the anime on this second watch-through: in particular, there were some very subtle hints even as early as episode five about a point that has long piqued the viewer’s interest in the interactions between Sawa Okita and Taichi Tanaka. 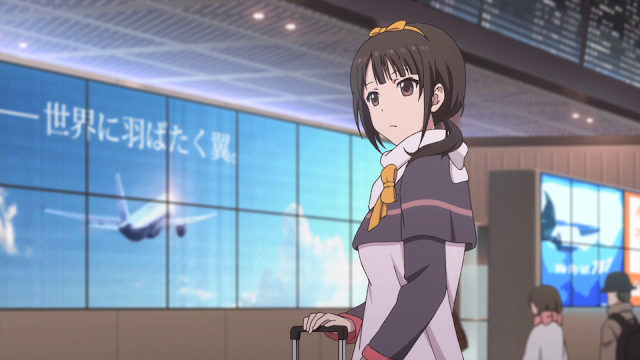 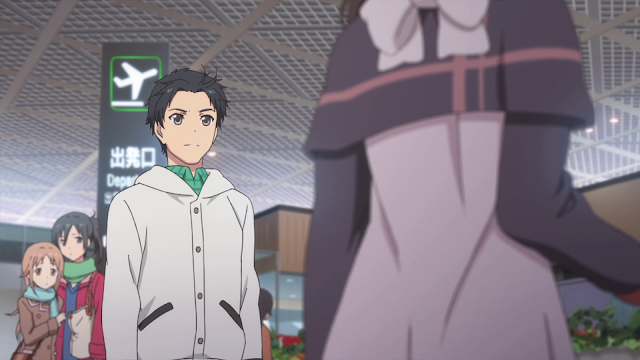 Subtle body language signals have long been noted to provide (if somewhat unreliably) indicators whether or not a girl is interested in a guy (or vise versa). The most commonly cited one is pupil dilation; where one is gazing upon something that is aesthetically pleasing, the pupils dilate as a physiological response. [1] This exact trend is seen in Tari Tari: in episode five, after Taichi failed to make the qualifiers in badminton, Sawa decides to speak with him in the hopes of lifting his spirits. Immediately after Sawa arrives (first image), one will note that on close inspection that her pupils are normal. She subsequently takes a seat to speak with Taichi, and here, the camera gives viewers a closer-up shot of Taichi and Sawa. In the second image, Sawa’s pupils are significantly larger, indicative of a physical attachment of sorts to Taichi. Of course, a screen with sufficiently high resolution and good contrast may also reveal that Sawa is blushing slightly. 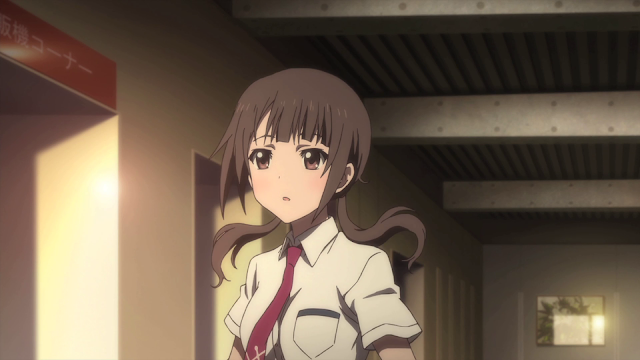 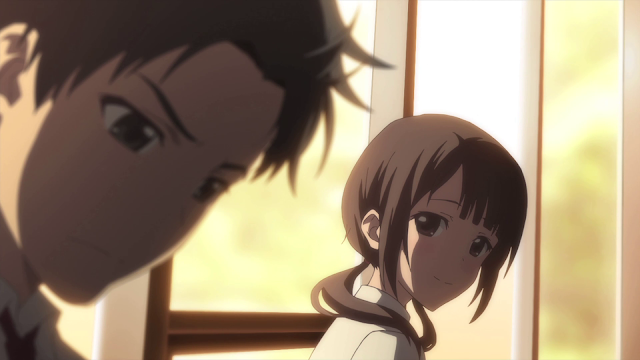 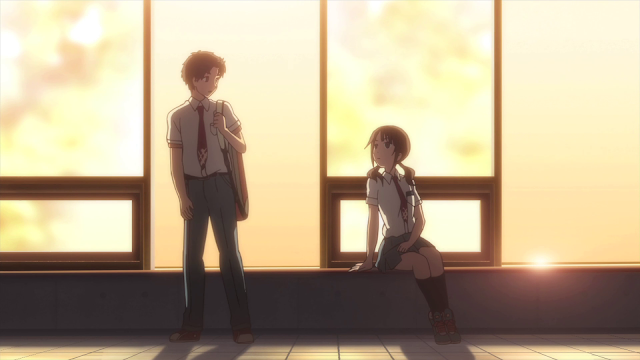 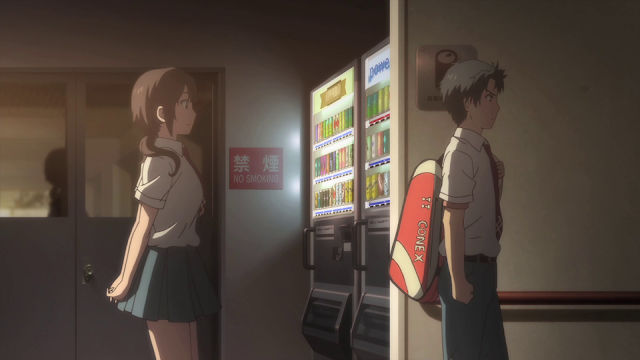 Pupil dilation is a very subtle but well-characterised aspect of attraction: it is improbable that this minor detail can be attributed to chance. Of course, PA Works doesn’t merely stop there: in the wide-angle shot above, Sawa exhibits virtually all of the signs that indicate that she’s interested in Taichi. She is sitting at an angle away from Taichi, with her head angled upwards ever-so slightly to expose her neck and is looking over her shoulder at him, signalling a degree of vulnerability and also to accentuate curvature [2]. Moreover, she is sitting with her legs are pressed together; it is supposed to accentuate the legs’ shape (although what we see is constrained owing to limitations in the level of detail found in anime), and lastly, Sawa’s hand is resting on her thigh, presumably to draw Taichi’s attention to her. When Taichi heads off, she follows him with a smile on her face, although Taichi is consumed by his own thoughts at the present and does not take a greater interest in Sawa until she performs her backflip come episode ten. 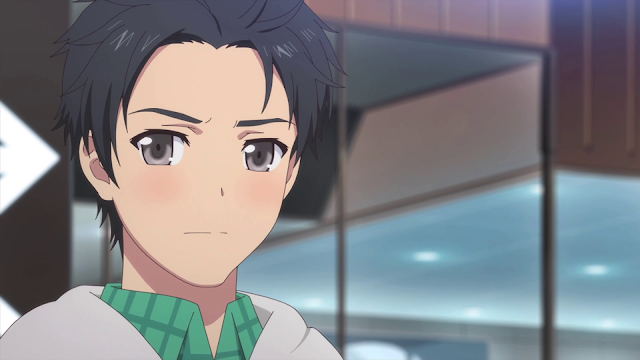 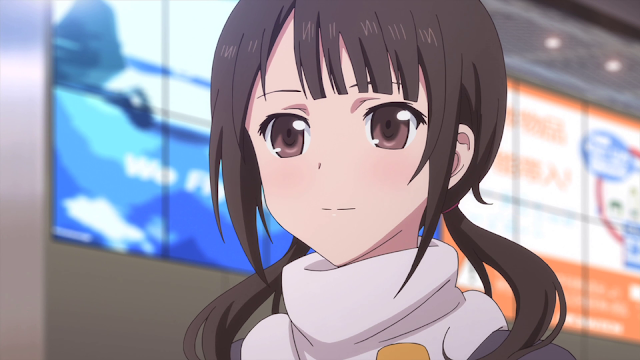 Taichi and Sawa’s relation never makes it anywhere in the series, and instead, culminates at the airport when Taichi confesses his love to her before she goes abroad to study. We’ll have to see whether or not a future continuation of the Tari Tari, whether it be an OVA or movie, will pick things up, although, given at Tari Tari was a short thirteen-episode series, the chances of this happening are rather low. Nonetheless, the fact that PA Works were able to incorporate such minute, subtle details into the anime are nothing short of impressive, and it was only because I rewatched the series that I was able to pick this up.