Infinite Stratos²- At the halfway point

It’s no secret that I lag behind the rest of the world when it comes to things like anime and games, so it shouldn’t be unexpected that I’ve only gotten around to writing this post for the halfway point in Infinite Stratos². By this point, I see an anime that is, for all intents and purposes, a continuation of its predecessor, armed with similar jokes and situations. As such, today’s talk is shorter than usual, because I don’t have many remarks I can say about Ichika’s situation. I can, however, talk briefly  about the introduction of at least two new characters, Tatenashi Sarashiki, the school council president and Madoka Orimura, Ichika’s sister who is part of the so-called Phantom Task organisation. The former adds a bit of complexity to the number of individuals out for Ichika’s heart, while the latter’s organisation is strikingly disorganised and appears to have no further purpose beyond stealing IS. Previously, I noted that Infinite Stratos‘ strength lay within its humour, while more serious moments tended to lose their weight. Infinite Stratos² appears to be continuing in its predecessor’s direction; while Phantom Task’s appearance does not fit well with the rest of the series, I’m continuing to derive enjoyment from seeing Ichika presented with a bewildering array of uncomfortable situations no matter where he goes. 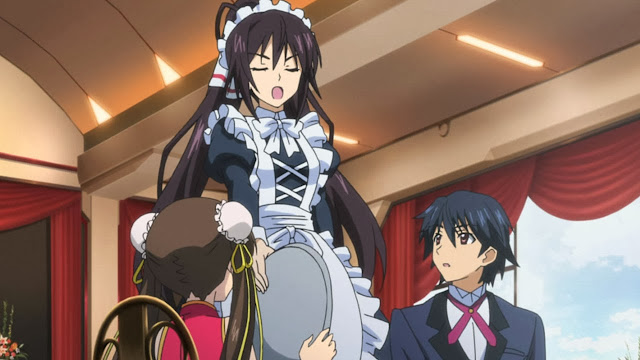 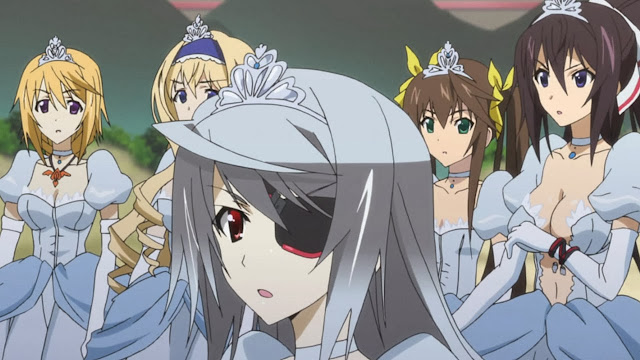 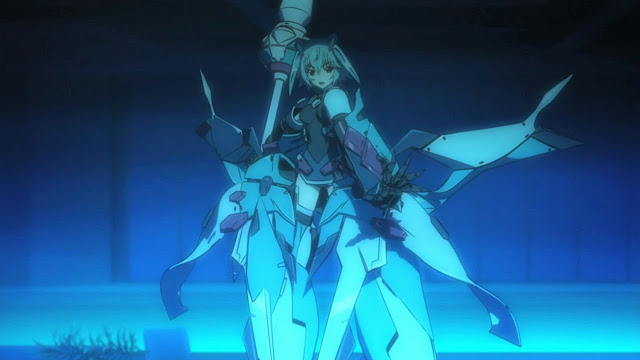 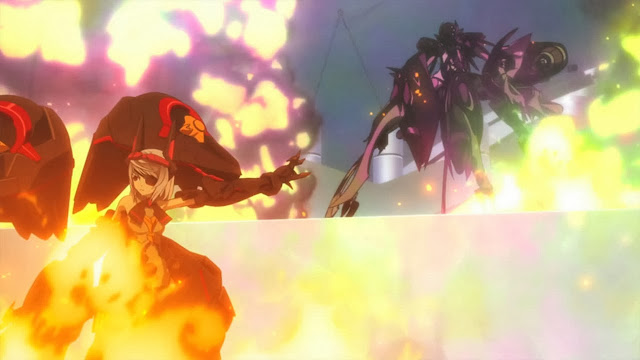 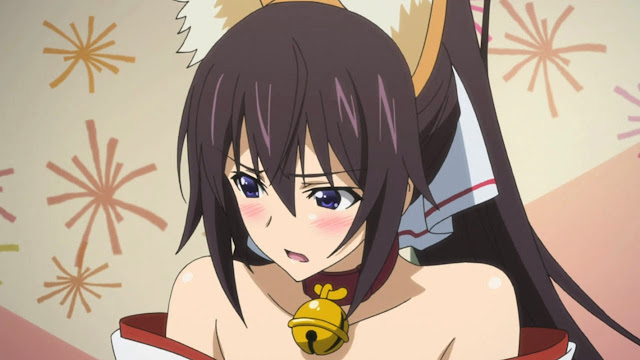 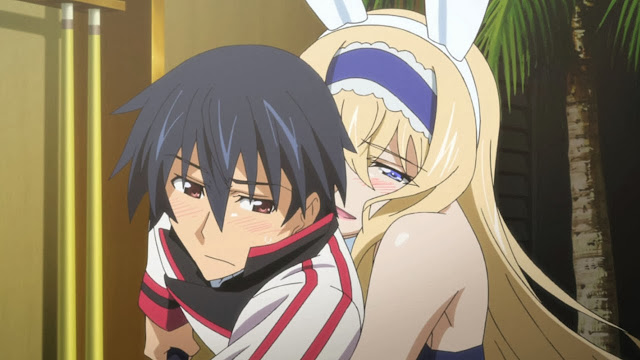 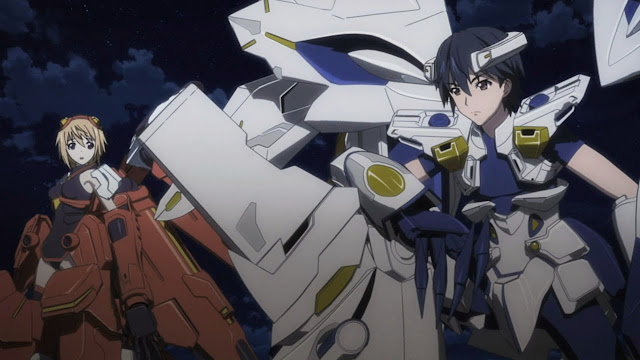 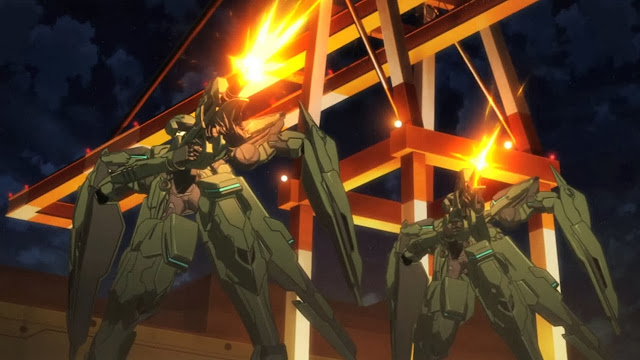 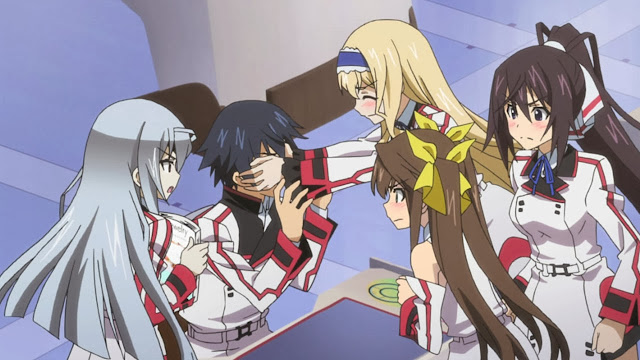 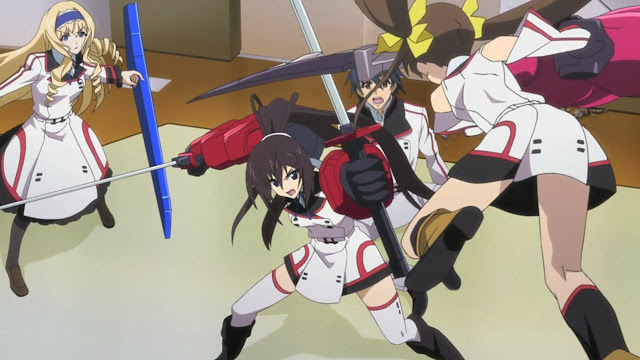 The contents within Infinite Stratos² make me incredibly thankful that I can watch this on a mobile device away from other observers: Infinite Stratos in general does not initially appear to be something I would willingly watch, but its use of anatomy lessons to drive the humour ends up being one of the more entertaining aspects of season two. Of course, I’ve heard much talk concerning Ichika’s incapacity to really decipher what is going on around him, but if I were to add my two cents, I would tend to believe that Ichika is deliberately feigning ignorance to continue with life at the IS Academy without breaking the hearts of six out of seven individuals. I’ve noted that I’m predisposed to seeing Houki getting together with Ichika in the end, although rumour has reached me that the light novels are suspended right now over a dispute around overseas distribution. I’m not sure what impact this will have on the anime, so for the present, I’ll continue rolling along and draft out a final impressions post once the finale airs, for better or for worse. I will retain my promise that I won’t go Behind the Nihon Review-style and use jargon to shred Infinite Stratos for not being thought-provoking, because sometimes, excessive fanservice can be entertaining.