3 Comments Posted by infinitezenith on January 24, 2014

According to my archives, I followed no anime from the Spring 2012 period, given that I was engaged with coursework during that time. However, the situation has changed somewhat, and I now find myself feeling a wish to take a second look at some of the Spring 2012 offerings. Ever since picking up and playing Battlefield 3, Upotte!! and Stella Women’s Academy are the two anime that come to mind wherever gun play is involved. In Upotte!!, events occur at a school known as Seishou Academy. Unlike an average school, all the students are actually anthropomorphized guns, training to one day become a useful weapon, and is divided up into elementary school (sub-machine guns), middle school (assault rifles), and high school (battle/sniper rifles). All students in Seishou trains to shoot their target (literally) using live ammunition. The series mainly focuses on an FN FNC assault rifle nicknamed Funco and her friends. The premise doesn’t really make sense from a practical perspective, but I had heard that Upotte!! was, in a way, similar to Stella Women’s Academy, which I had enjoyed back during 2013 prior to Battlefield 4‘s release. Of course, after having bought Battlefield 3, I’ve now put in some 15 hours and have figured out my play-style as far as weapons and aims go. In most games, I’ll act as a medic, gaining most of my kills while trying to clear out an area so I can revive people, or suppressive class, placing ammunition kits and laying down heavy suppressive fire at choke points. Because I favour close quarters combat, I typically equip a Kobra sight or holographic RDS for my weapons, a laser sight and extended magazines. Of course, there is no HK 416 or LMGs in Upotte!!, but how does the rest of the anime fare? 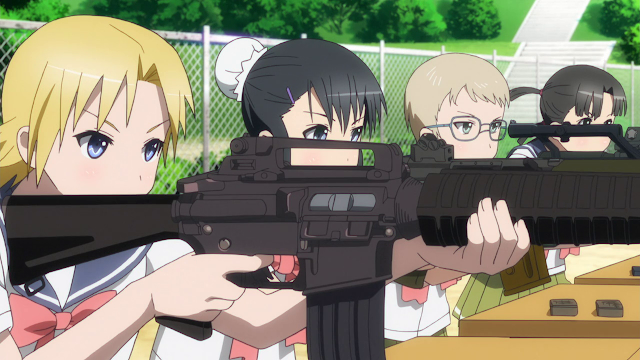 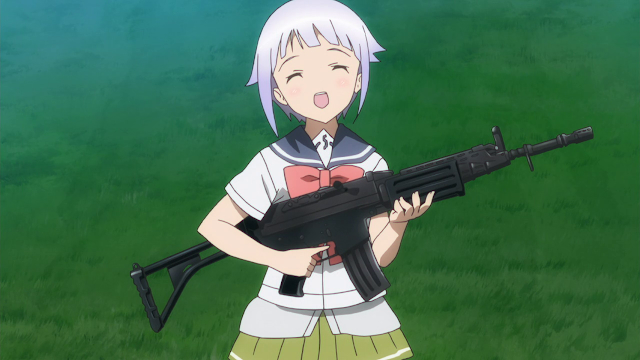 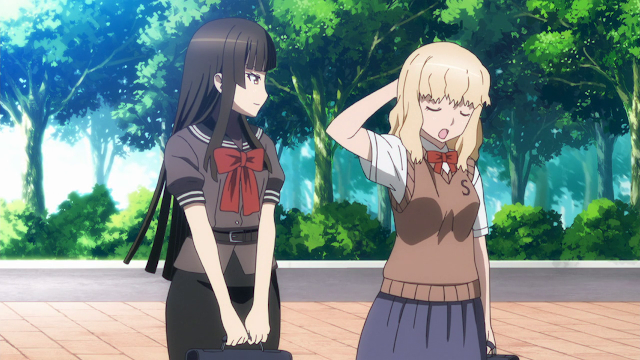 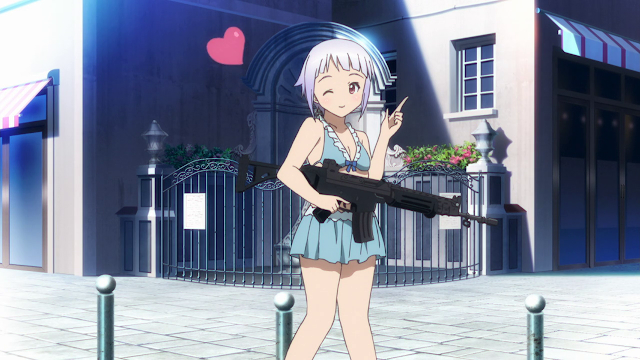 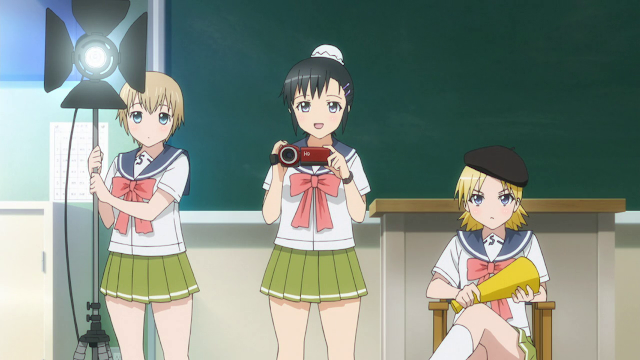 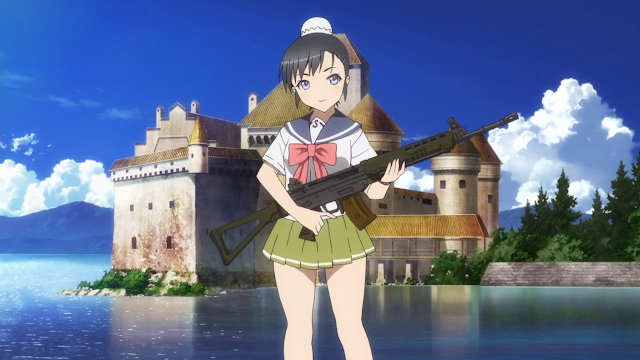 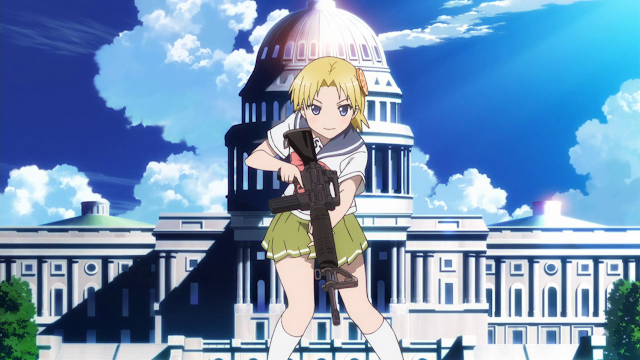 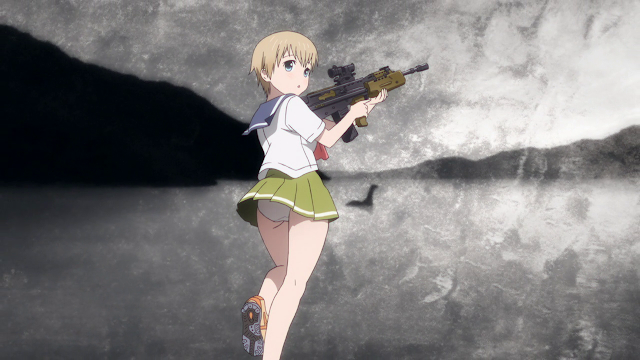 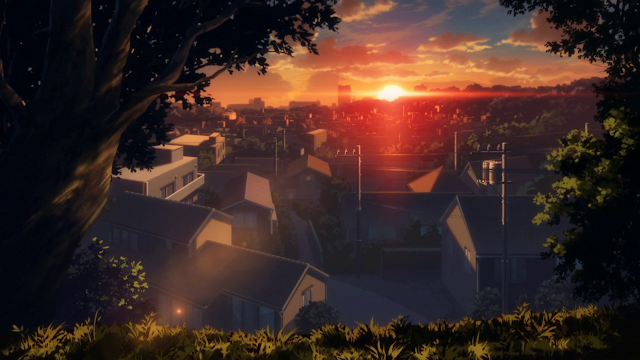 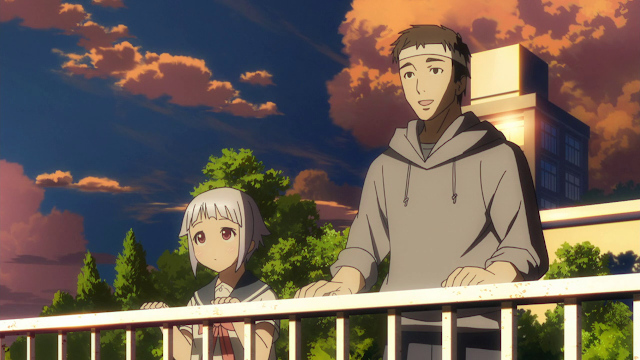 After the first episode, I realise this is going to be a purely comedy driven series with nothing in the way of story, which acts as a sort of promotional series for the various rifles used in modern warfare, whether it be the GP90 rounds used by the SIG-552 rifle for improved accuracy, or the M16A4’s burst firing as a means to conserve ammunition in closer-range firefights (I myself use semi-automatic fire at longer ranges on unsuspecting targets). Because the girls in the anime are anthropomorphic representations of the assault rifles, things get a little hectic as far as character interactions go (especially in regard to assault rifle design and how it translates to physical attributes for the girls). These elements do contribute to the humour, though, so I don’t particularly mind it (even the more risqué aspects, such as Funco’s rather indecent thoughts). Upotte!! is said to be one of the most controversial anime of the 2012 season, although a bit of inquisition finds that the controversy is limited to only a few locations, with criticisms being the oft ill-defended “wasted potential” and “mediocrity”. However, these points are invalid for the same reasons that one cannot perform in Battlefield when they treat their recon class as an assault class: Upotte!! is a fun anime above all else, emphasising ludicrous moments and set-ups in a light hearted environment to show off the personalities for service weapons, so it is hardly surprising that the story is of a lesser priority. I will continue with this anime for its entertainment factor and continue unlocking things in the assault kit such that I may try out the M16A4 myself: as I accumulate kills and accessories for the gun, I imagine I could turn it into a weapon that behaves like Halo 2, 3 and 4‘s battle rifles.