2 Comments Posted by infinitezenith on February 6, 2014

In Upotte!!, I will only say that it’s a better idea that we don’t find the trigger. Despite its more unforgiving premise about anthropomorphic firearms, Upotte!! ends up being a reasonably entertaining anime that is one part fan-service for two parts of insight and background about firearms set in a middle-school setting. The show provides some history into the design and development of modern assault rifles, taking care to reflect the strengths, limitations and peculiarities about the firearms into their respective personifications. While the knowledge itself isn’t particularly inaccessible (pulling up an encyclopaedia on modern weapons will do a similar job of explaining things), the entertainment factor seems to come from how each of the unique aspects about a weapon are translated into a physical or social aspect about the characters. For instance, the M16A4 is a burst-fire weapon, and Ichiroku similarly operates in bursts of activity, followed by inactivity. Similarly, because the L85A2 is prone to frequent breakdowns, Elle succumbs to illnesses frequently. These characterisations provide a rather unusual, but amusing, representation of firearm operation; the humour in Upotte!! derives strongly from giving firearm attributes to middle-school girls and watching them interact with one another. The comedy from the characters and setup drive Upotte!!, since the story in the series is about as complex as a round of death match or conquest in Battlefield 3. In retrospect, the battle sequences were reminiscent of those in Stella Women’s Academy (I say so because I watched the latter first), and proved to be mildly entertaining compared to the character interactions. Furthermore, the elements near the end with the Kalashnikov and other Russian rifles did not have sufficient exposition to carry much weight in the anime. Barring the occasional moments where Upotte!! attempts to capture (unsuccessfully) the feel of a Battlefield 3 match, Upotte!! is able to balance out these moments through its characterisation and execution of the more comedic moments. 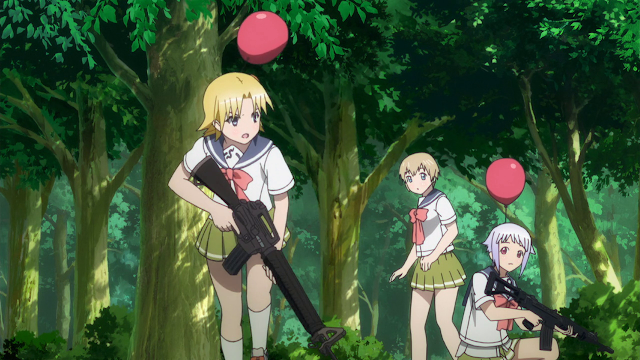 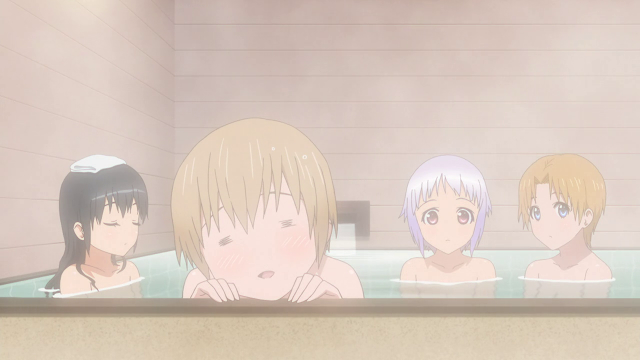 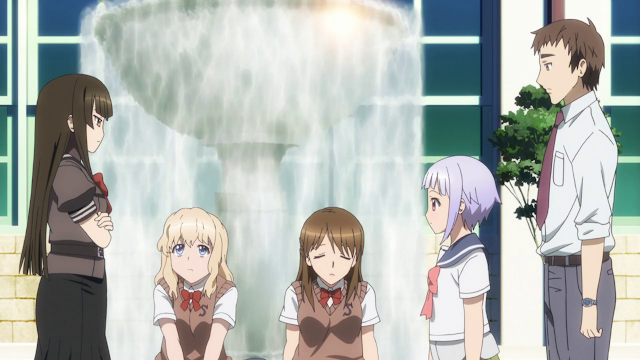 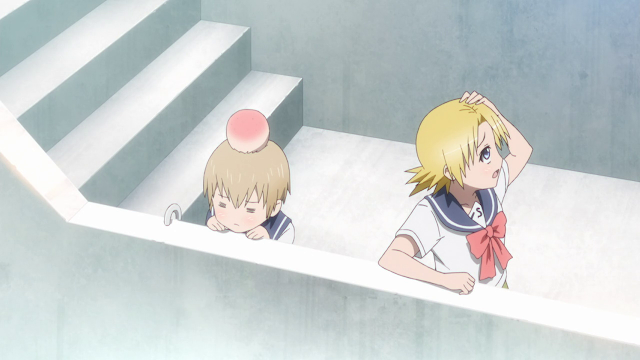 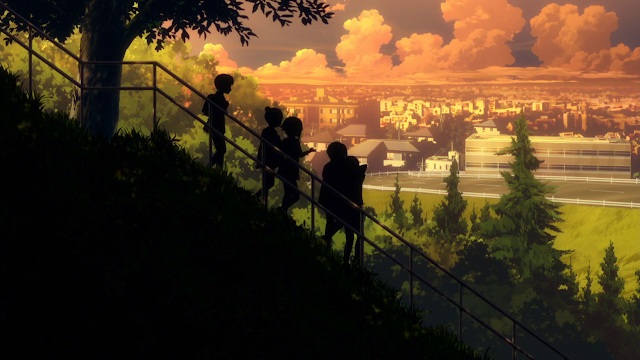 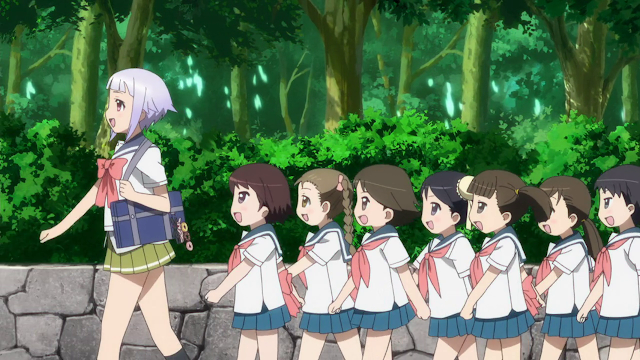 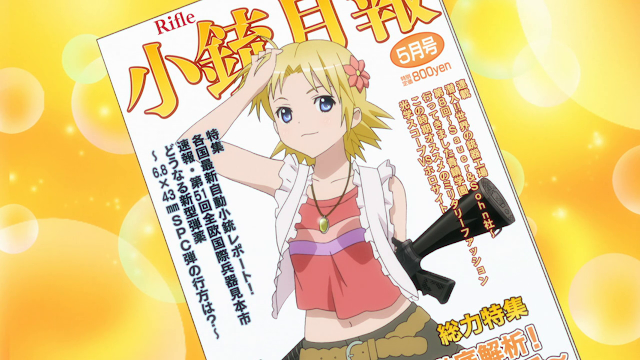 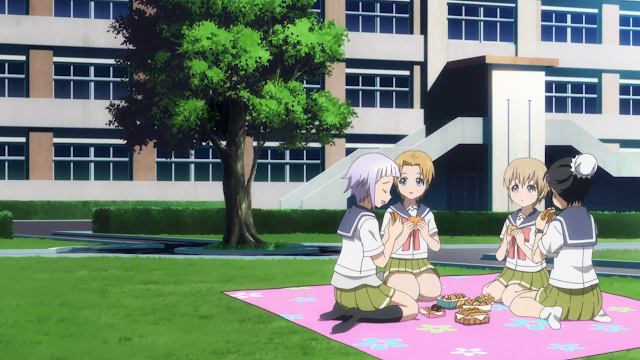 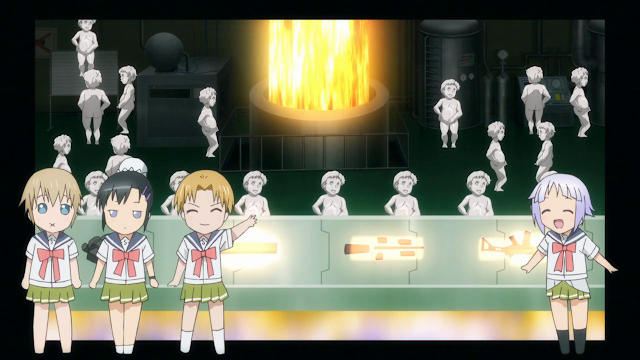 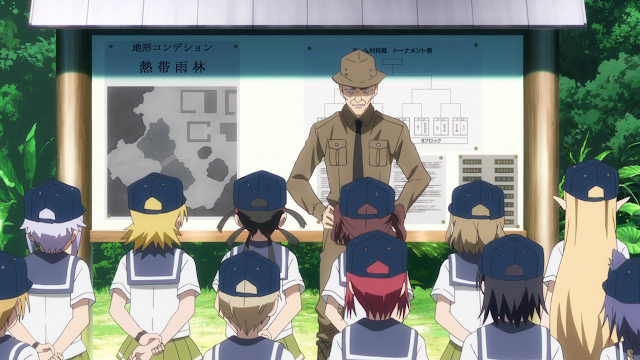 Upotte!! is, upon a cursory glance, completely outside the scope of my interests. Back during Spring 2012, the series didn’t capture my interests, and those who did end up watching it were polarised with respect to whether they liked it or not. The fairest assessments cite Upotte!! for excelling in the characterisation of different firearms, while criticising it for generic slice-of-life elements. Because of the unusual setup involving anthropomorphic guns in the high school setting, Upotte!! demands that viewers disengage their logical centres and watch the show with the expectation of having no expectations. From a personal perspective, that suits me just fine, since I watch anime with the intent of being entertained. I understand that some individuals demand intellectual content in their entertainment because it validates their reasons for watching to others (this is, in fact, something I should probably get around to discussing at some point in the future). This mindset is particularly troublesome, leading some to produce poorly-argued analyses on forums about works that never had deeper meaning. I view entertainment strictly as entertainment, and only write to reflect on any of my thoughts during an anime, rather than tell readers what to think of a particular work. As such, because I was able to crack a smile or laugh at the events in Upotte!!, I consider myself as being entertained, meaning that Upotte!! has done its job. 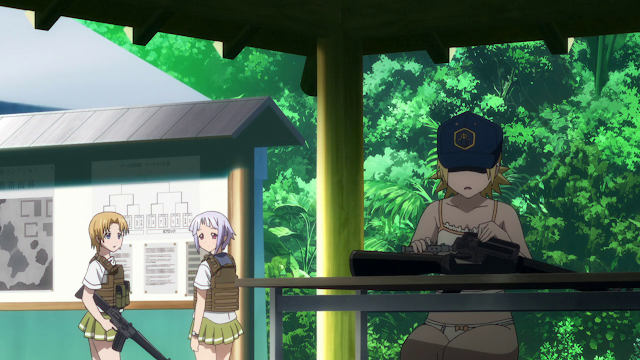 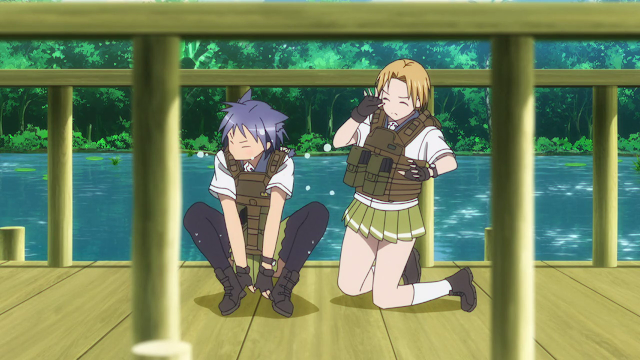 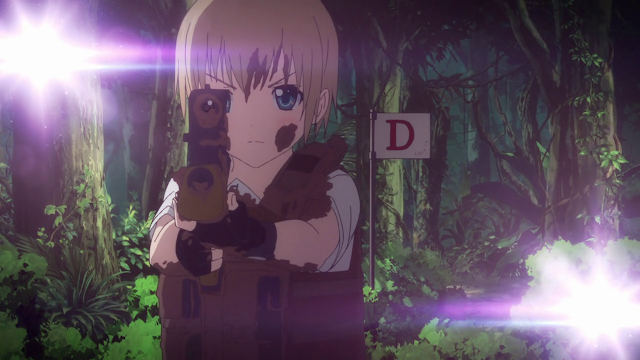 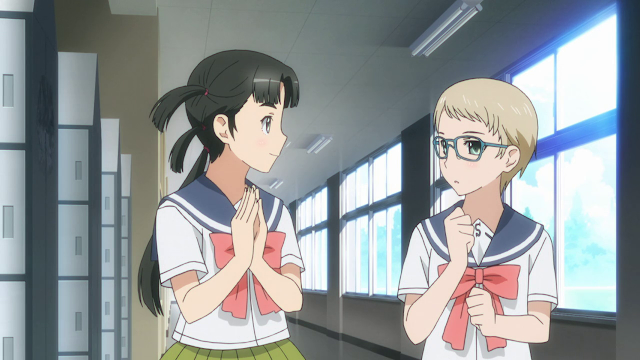 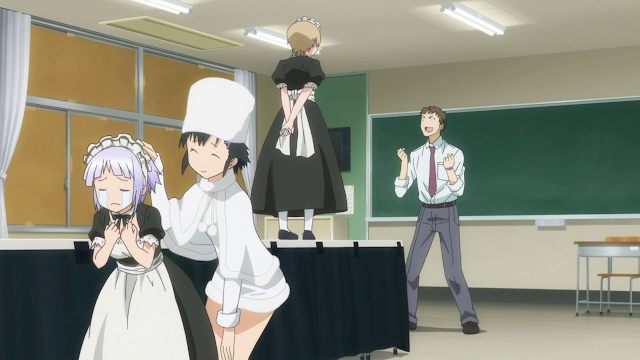 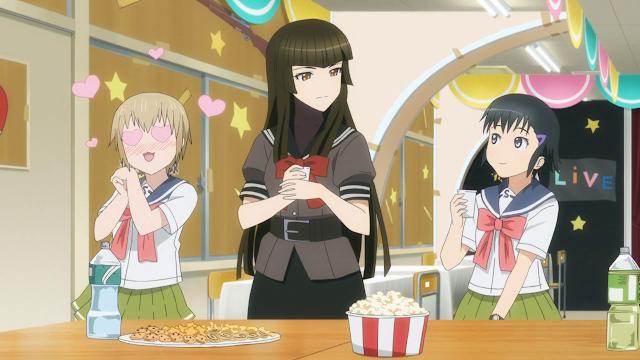 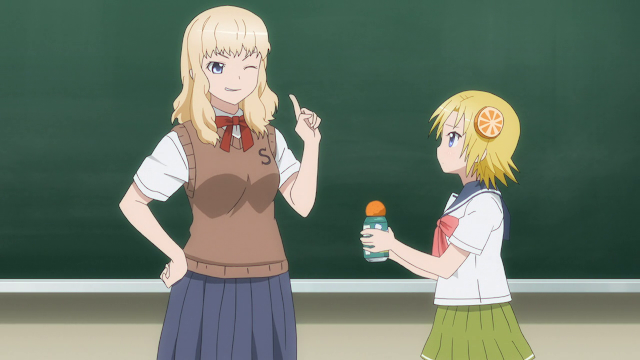 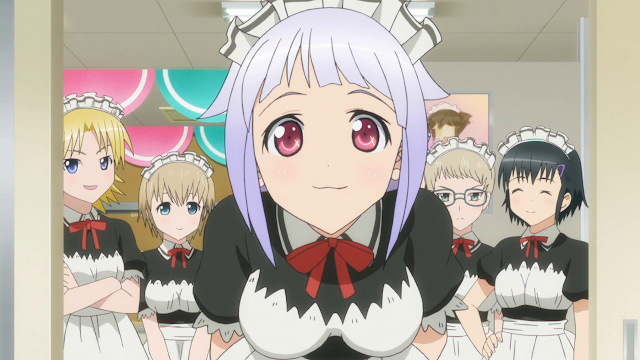 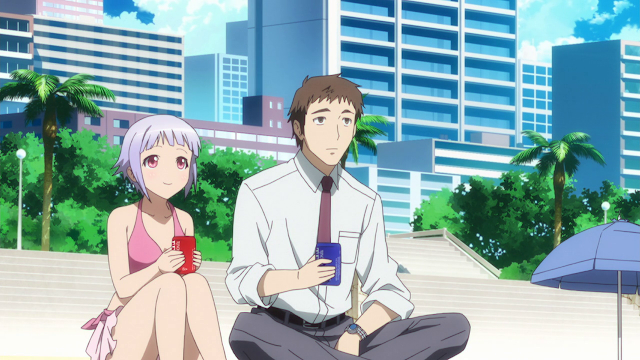 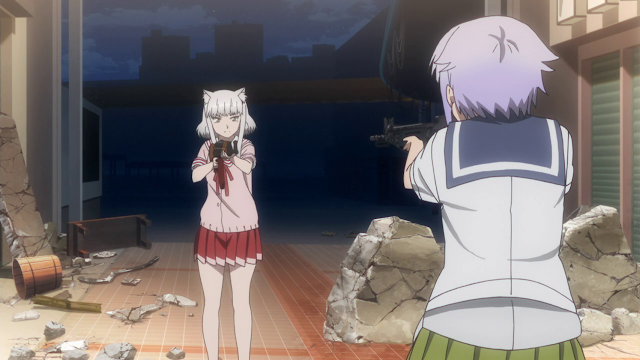 Readers are probably wondering if Upotte!! is worth watching. I will first ask whether or not one has a bit privacy, since there is a frightening amount of questionable content in the anime. Representation of the trigger (which has nothing to do with the Dark Knight’s quest to find one) was, while entertaining, also surprisingly risqué and left me immensely grateful to have been watching this away from observers. There is also another explicit scene in the middle of the series involving Sako’s (Rk 95 Tp) reaction to seeing Funco down Galil (a representation of the Galil AR). There are many moments in the anime that I am not permitted to capture for screenshots owing to their content. However, as this post indicates, there are moments I can share, and those moments are in the majority. Despite being an ONA only available for online viewing at the time of its release, Upotte!! features good colouring and lighting effects, especially where the firearms and landscapes are depicted. Summer skies are of a deep azure, and sunsets are rich with warm colours, adding a bit of a nostalgic air to Upotte!!. Together with the amusing, and occasionally endearing character interactions (especially where Elle is concerned), the positive elements are definitely present in Upotte!! and outweigh the negatives. Away from other observers and with an open mind, Upotte!! is surprisingly enjoyable: it is a riot and succeeds in setting up ridiculous situations that only can be accomplished with anthropomorphic firearms. There is also an OVA out, which was released four months after the original series finished airing. I will get around to talking about it eventually because it carries on the same humour in the series and is therefore worth watching.