10 Comments Posted by infinitezenith on February 19, 2014

This is the greatest deer hunting of all time.

Regions eight and nine have been released for a few weeks and few days now, respectively, introducing a new set of trophy hunts and missions in the frigid Klondike River region and the lush Zambezi River. While I found the Yukon to be disappointing as far as aesthetics go, the Zambezi River, on the other hand, is beautiful and a thrilling place to start lighting up rhinos, elephants, leopards and hippos. Between region seven and now, I had also accumulated 1.2 million dollars in-game, allowing me to purchase the region nine rifle and upgrade it fully, as well as pick up the region nine shotgun. 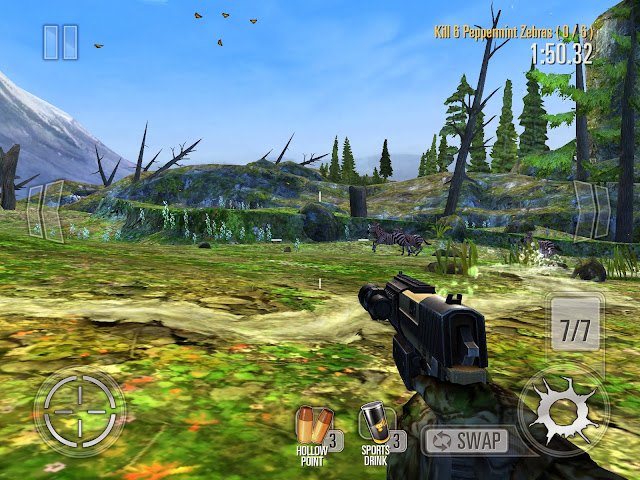 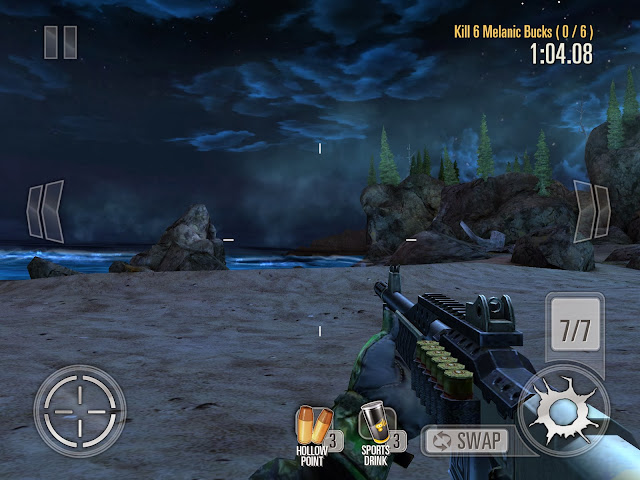 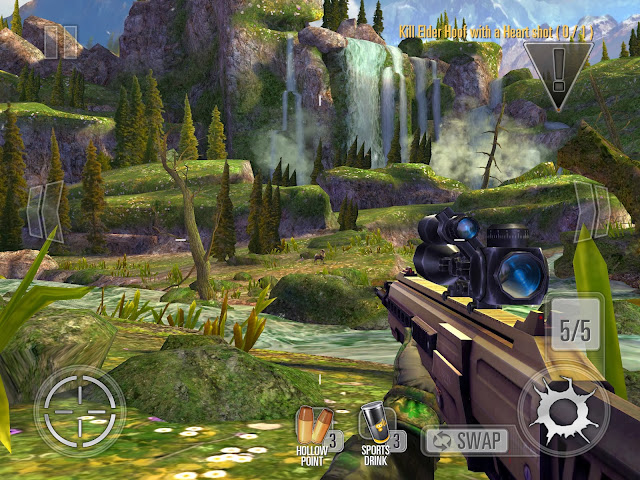 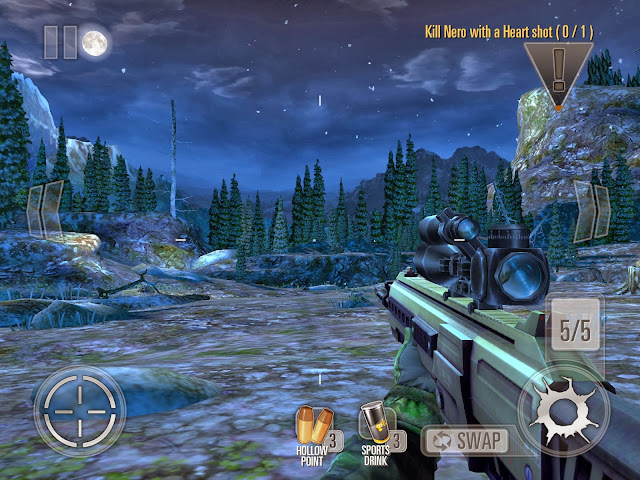 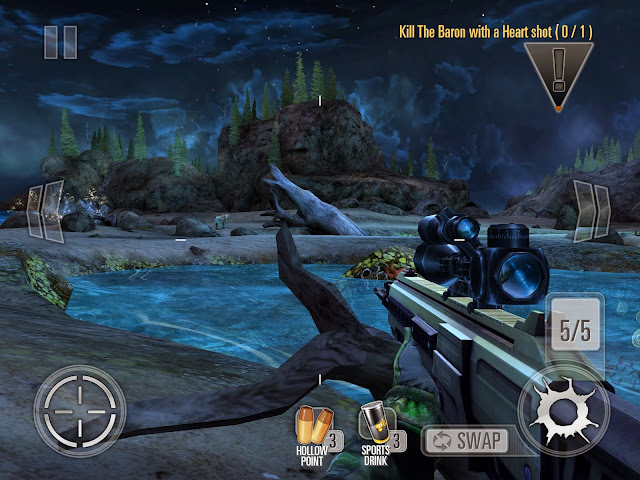 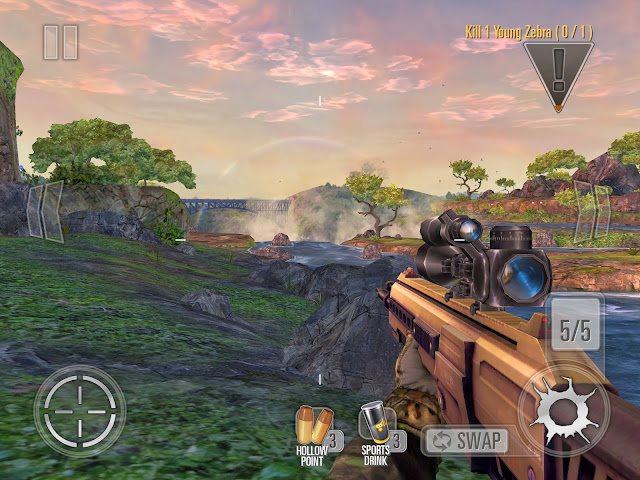 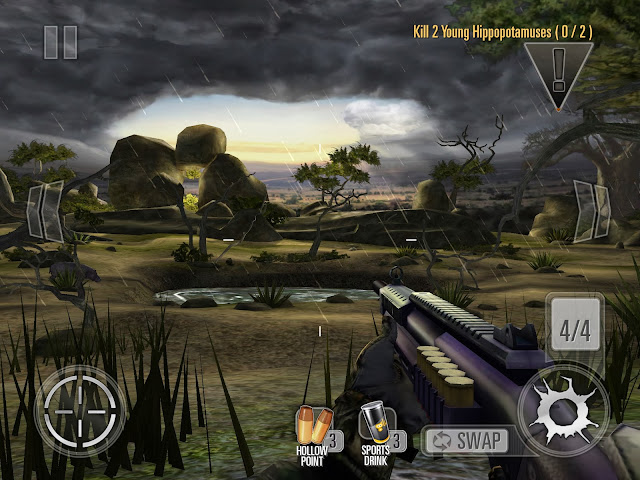 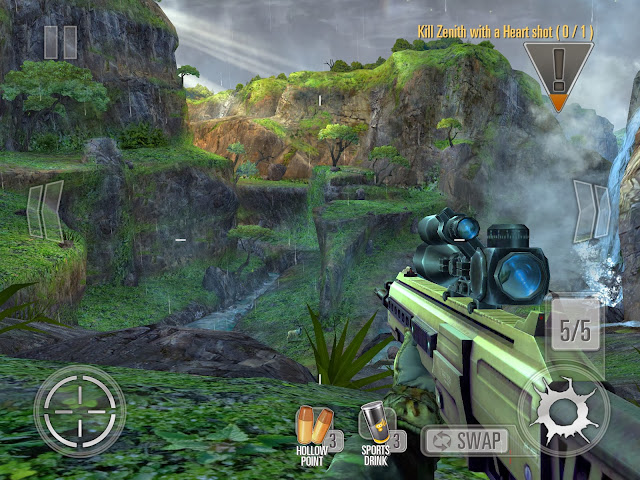 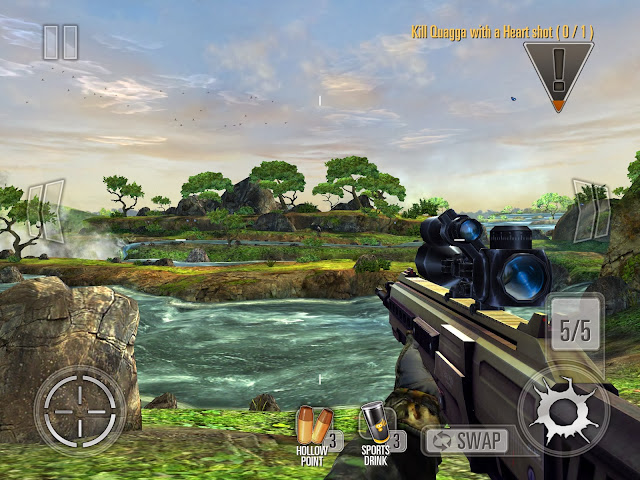 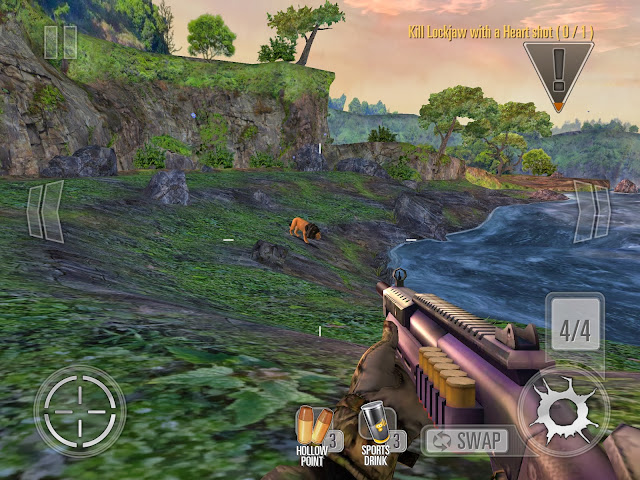 Because my Deer Hunter posts seem to be quite popular, I’ve decided that I might return every two regions to do a short talk on the latest and greatest landscapes, weapons and features. Factors motivating that include the amount of feedback I get surrounding Deer Hunter, and whether or not Glu Games continues to release new regions. I’ve also been picking up a lot of comments about whether not certain regions exist in other platforms, such as the Mac OS Deer Hunter 2014, Facebook’s Deer Hunter 2014 and the game for Android. The short answer is no: region nine is unavailable for other platforms at the time of writing. I play exclusively on the iOS platform, where the bulk of the updates are applied: things like rare hunts and holiday events are probably not implemented on the other platforms. In spite of a lack of cloud saving and repetitive nature my experiences with Deer Hunter 2014 have largely been positive, continuing to provide some amusement even five months after I picked it up.

10 responses to “Deer Hunter 2014: Klondike Yukon and the Zambezi River”