“I will do a talk on The Pilot’s Love Song. But first, I must apologise.”
“Apologise for what?”
“For this.”
—Me, to the readers

While on a trip to discover inspiration for her lyrics, Sonico converses another woman on the way to her stopover in Niigata. She encounters a glassmaker in Tainai City while taking cover from the rain; the latter teaches her to make a little accessory. The next day, Sonico heads towards the local hot springs, meeting people and encountering many sights along the way. After checking into the hot springs and taking a dip, she tries to find her way to an observatory but gets lost in the woods. However, she manages to follow a raccoon to where the observatory is, becoming awed by the starlit sky. 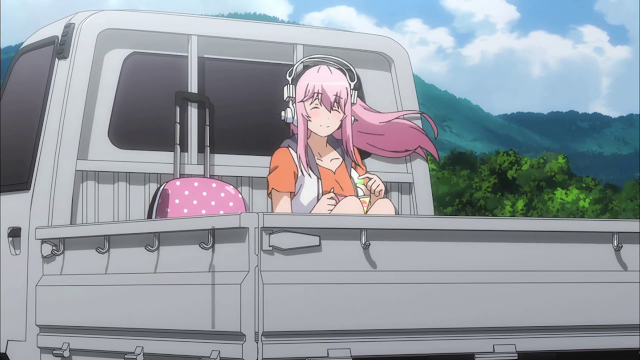 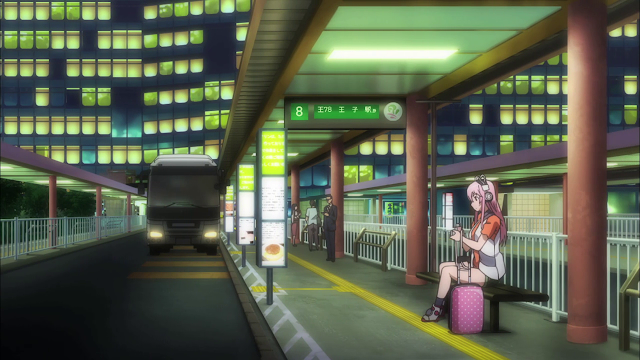 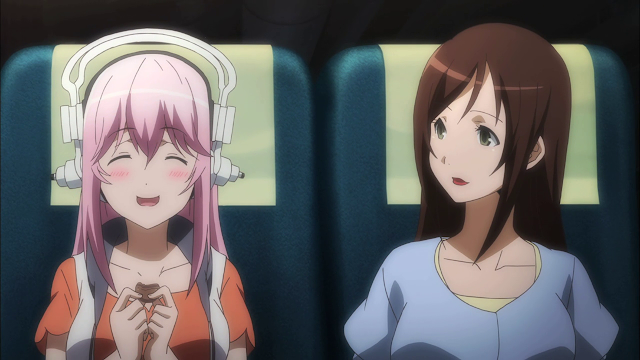 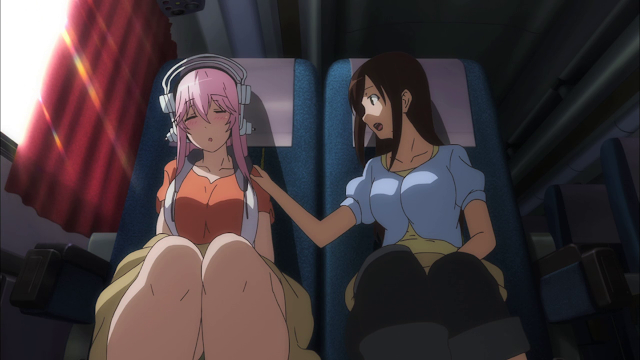 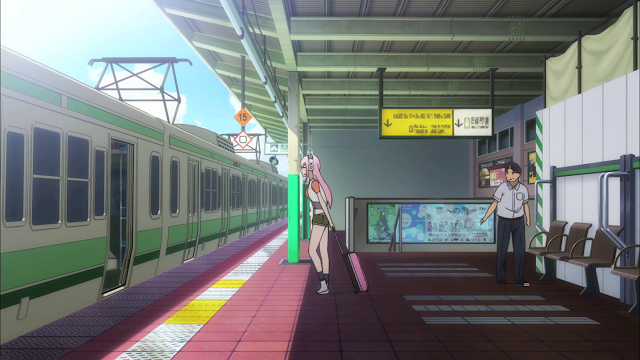 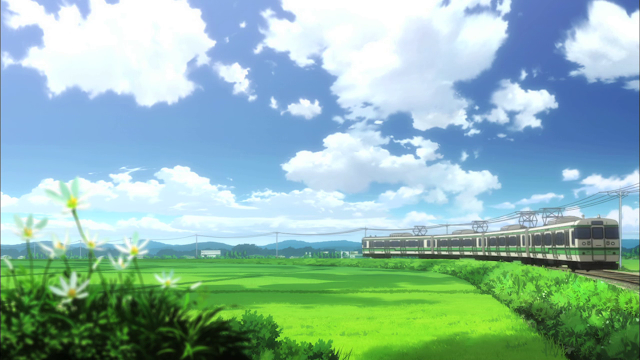 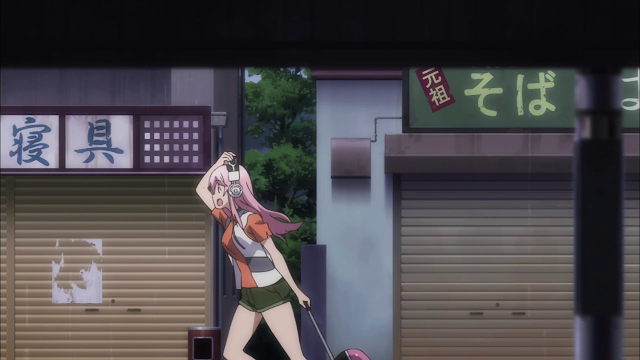 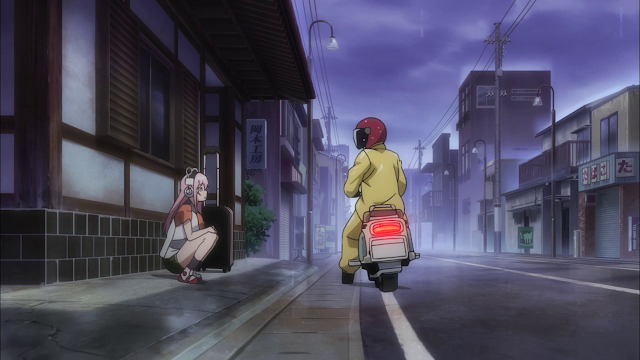 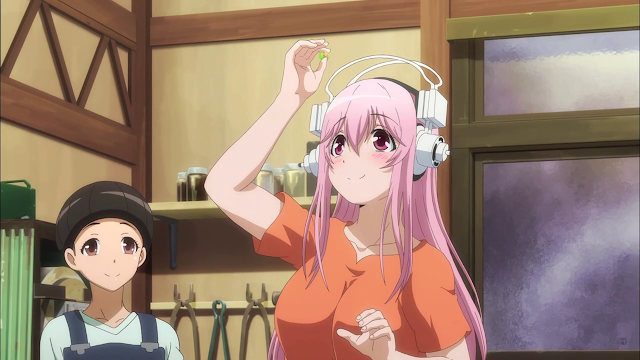 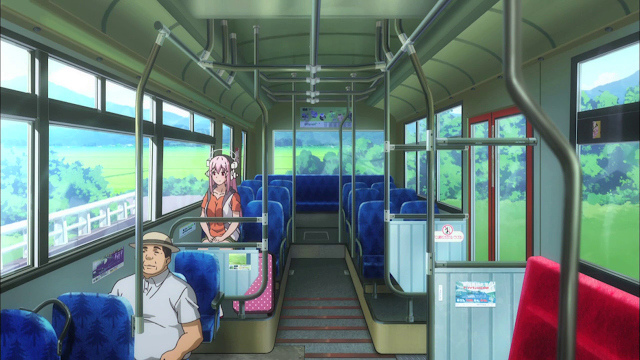 I don’t normally do single episode reviews mid-way into a season, and in fact, I was originally set to write the midway point review for The Pilot’s Love Song, but there was something about the seventh episode in SoniAni that particularly caught my attention. The episode itself wasn’t particularly substantial as far as comedy or story is concerned. However, as the episode progressed, the calming scenery, relative absence of dialogue and presence of subtle ambient sounds led me to recall a feeling I experienced while watching Tamayura ~More Aggressive~. This feeling was that, throughout my undergraduate career, I haven’t really been living; so focused was I on the future, that I completely forgot to really take things easy and go exploring. In “Star Rain”, Sonico travels about the distance of from my city to the Continental Divide on her own, with the aim of exploring for the sake of exploring. There’s no set objective and no central aim: Sonico discovers joys from the subtle things that can only be seen when the mind is content to go with the flow, seeing several para-gliders, learning (for presumably the first time) about glass-blowing, enjoys macarons with a fellow passenger and enjoys a brilliant star-lit sky after getting lost. 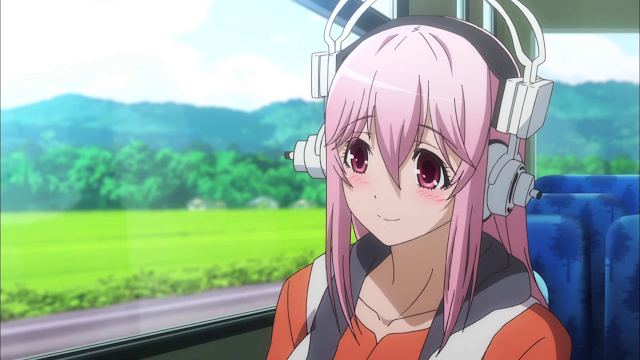 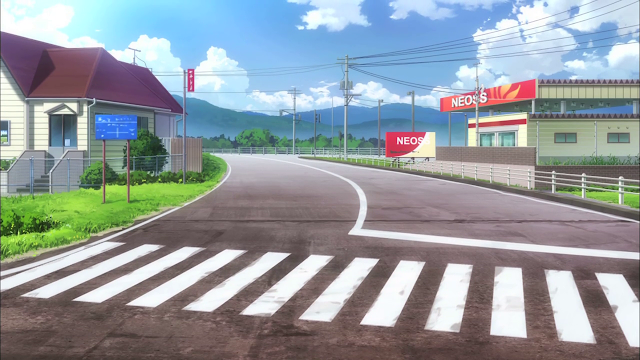 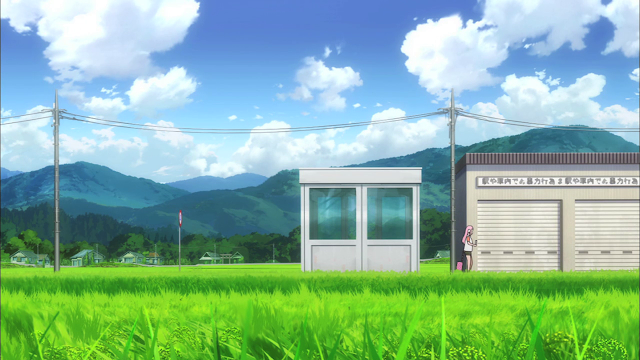 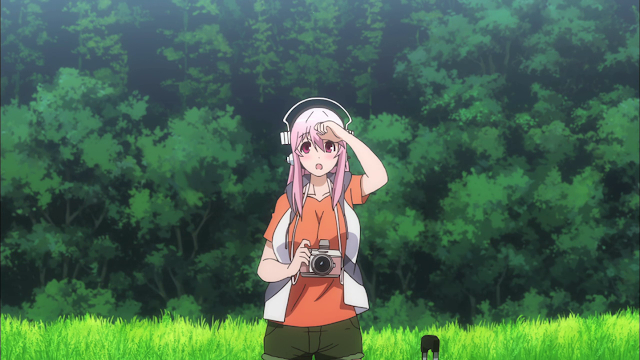 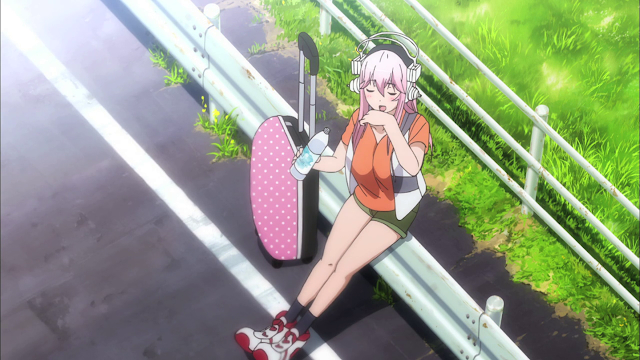 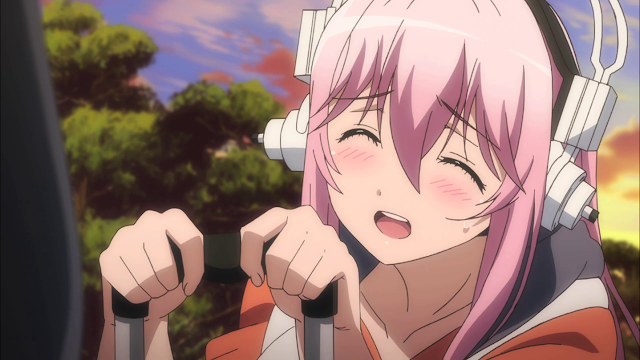 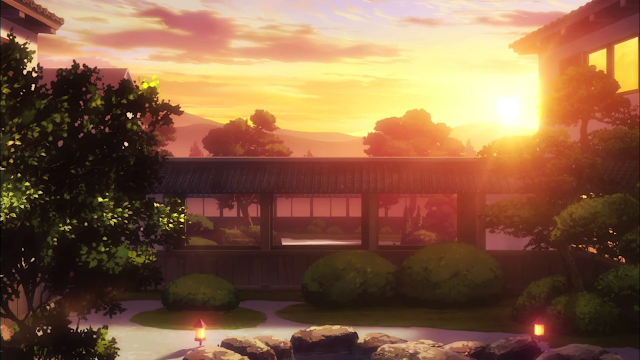 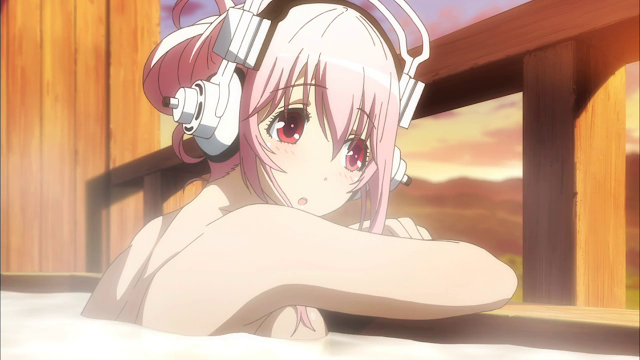 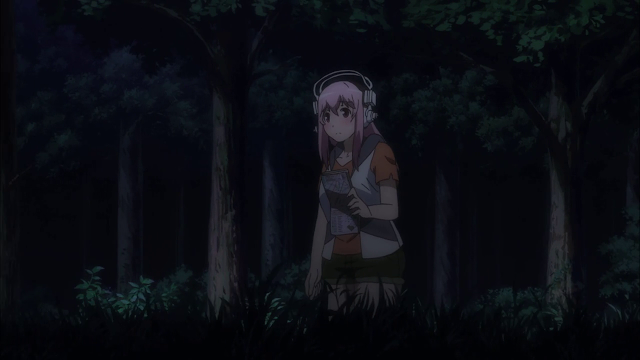 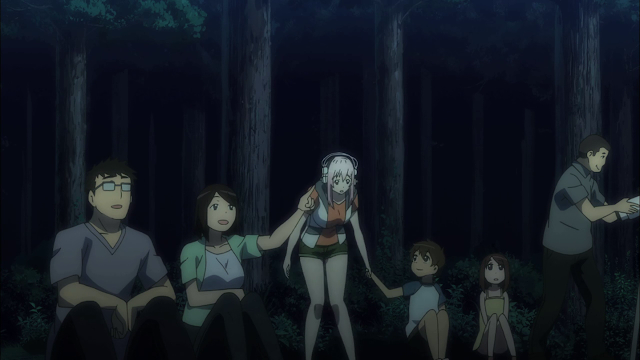 Soncio’s experiences would prima facie appear trivial, although for me, this is simply not the case. “Star Rain” struck a resonant chord with me because I have a friend who is in Japan right now on an exchange program and has analogous experiences. While classes are off, said friend is enjoying travelling in a foreign nation; there is the opportunity to travel the road less traveled, to see the more subtle elements that would be missed via traditional tours, but also, encountering the occasional unplanned hiccough. Sonico’s reactions mirror those of my friend’s: in both cases, inconvenience is overcome with an open mind and a bit of luck. This also allows me to segue back to earlier: when I mentioned that I wasn’t really living, my life has largely consisted of writing research papers, implementing and testing physiology software, going to classes, studying, and gaming in my off time. This episode gently reminded me that there is definitely more to life than that: I live in a moderately large city close to the mountains. I suddenly realise there are many, many attractions that I haven’t visited in my city for over ten years. Should I exhaust these local attractions, travelling outside the city is as simple as a Greyhound ticket. For summer 2014, I resolve to visit more of the local attractions in town, and the latter can be done if time permits. Where do I stand on the episode? This is a personal reflection, and I justify taking the time to do a full-length talk on one episode because “Star Rain” managed to evoke something in me. This episode made me think, and although SoniAni might not have been the deepest or the best anime, the fact that this episode helped me towards understanding what I seek definitely counts for something.