2 Comments Posted by infinitezenith on April 5, 2014

“You know, if you need 100 rounds to kill a deer, maybe hunting isn’t your sport.” —Elayne Boosler

A few weeks ago, Glu Games released the latest update to Deer Hunter 2014, adding to the game a host of new features, including bows and crossbows and special stealth hunt challenges. Moreover, bounties were added, encouraging players to play through older regions again to complete specific tasks (e.g. take down so many animals with lung shots, etc). Successfully completing a bounty yields gold and consumables. While the bounties and new weapons are exciting on its own, things get even more interesting with the addition of a new hidden region called the Lost Temple, which is unlocked by completing rare hunts and bow missions in regions four and five. As well, region ten, Glacial Bay, was released, as well, adding new weapons and hunts to the game. 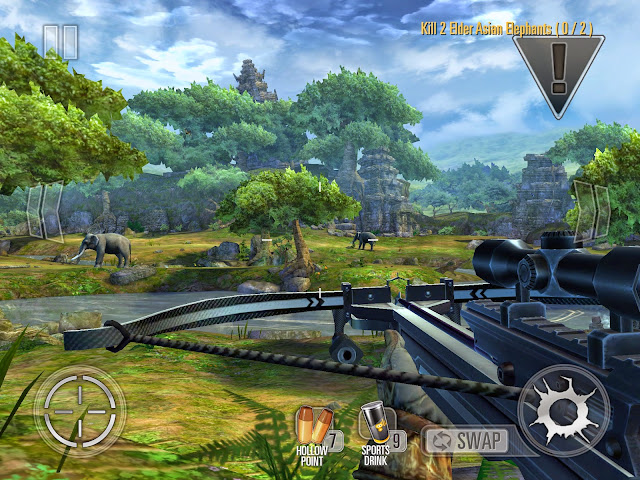 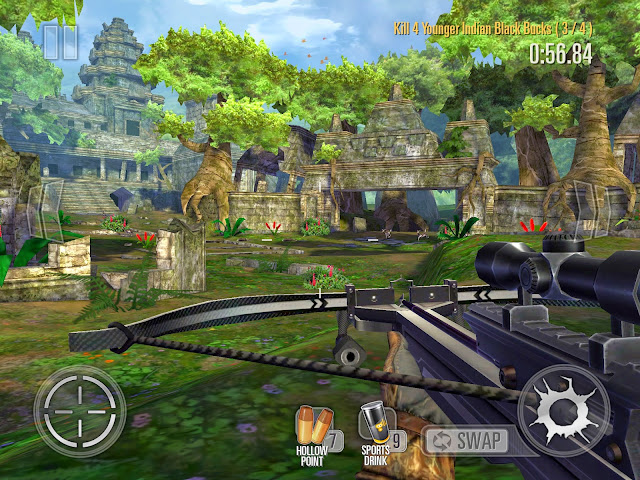 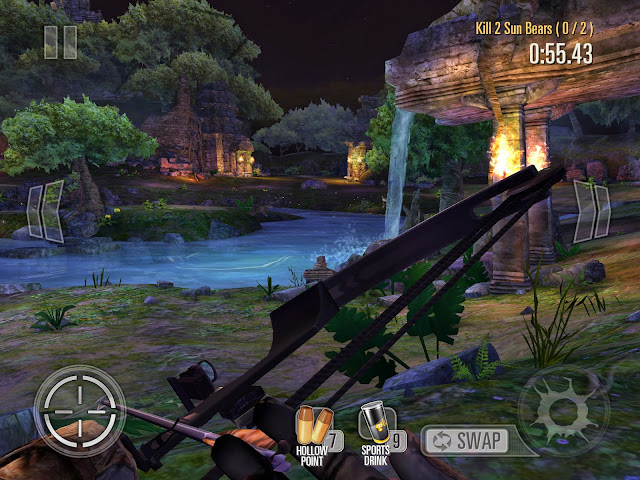 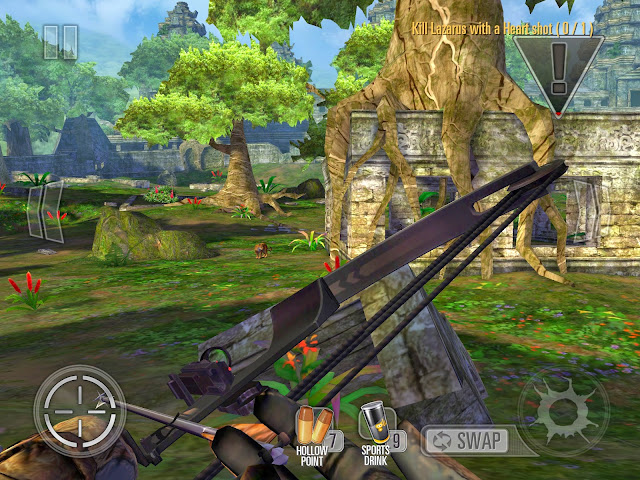 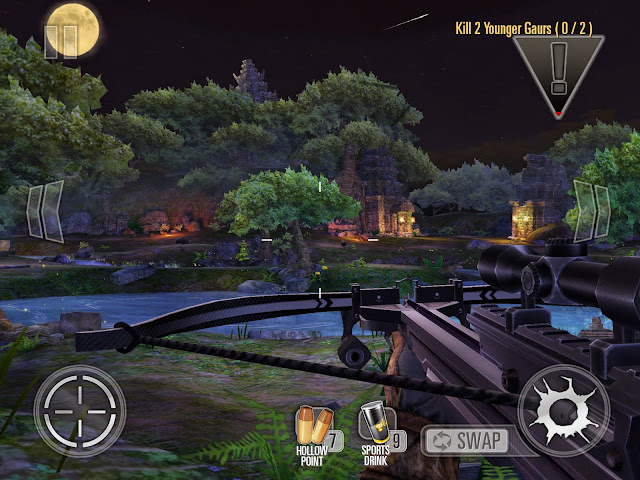 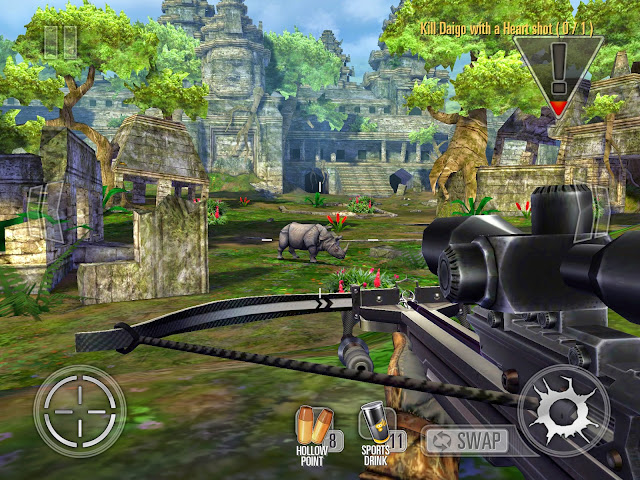 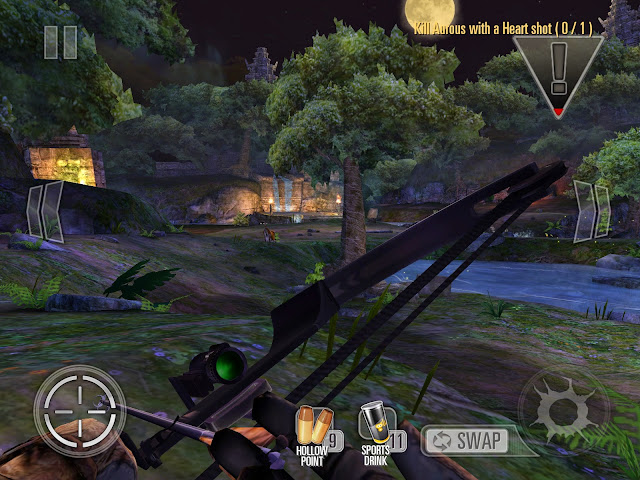 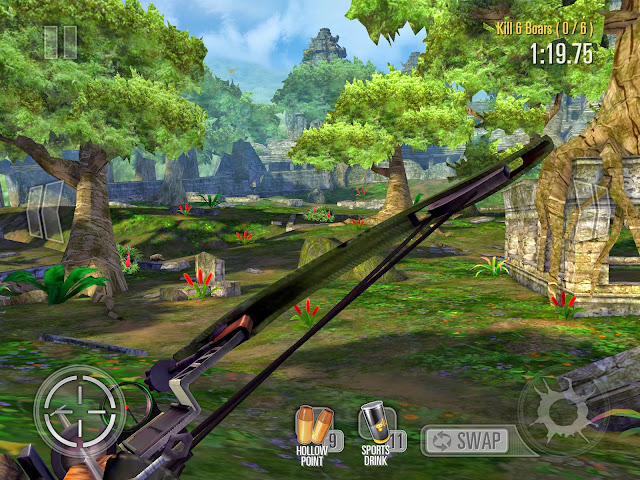 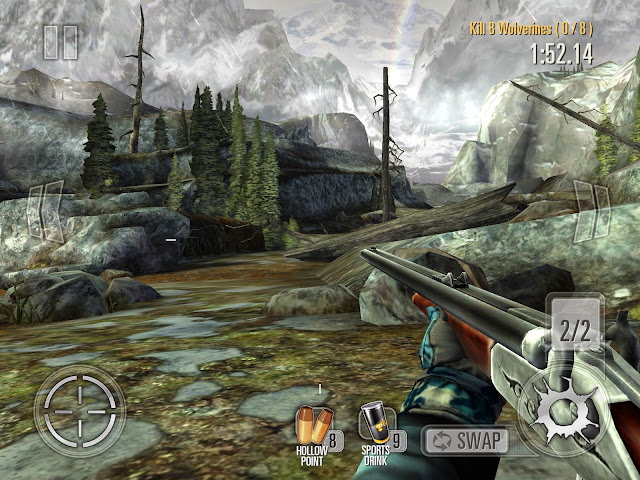 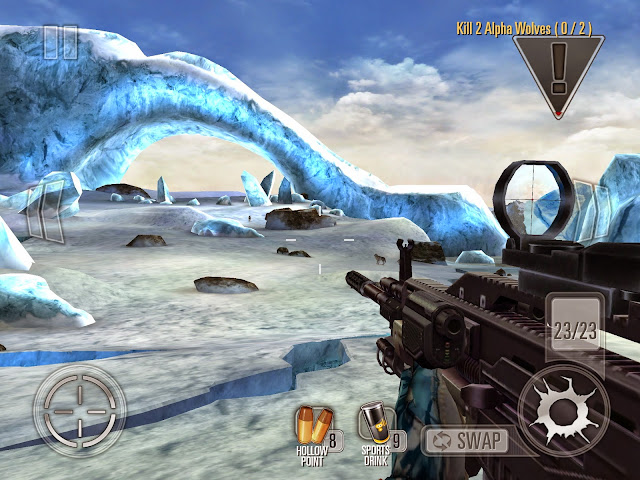 Set in the lush Southeast Asian jungles, the Lost Temple looks absolutely beautiful and is well worth the effort taken to unlock it. The region requires both the standard bow and crossbow to complete, and these are upgraded with a new earnable currency known as the Platinum Eagle, which is rewarded for successfully completing bow hunts and rare missions. These new additions to the game are refreshing and offer the incentive to continue playing, breathing new life into a game that quickly can become repetitive; at present, the lack of a cloud save feature is still the game’s biggest detractor, given that any error could undo months of progress in-game. Nonetheless, Deer Hunter 2014 remains a solid game, and I’m enjoying the inclusion of these new gameplay mechanics, although I think my time would be better spent blogging about other things.