So ends The Pilot’s Love Song, one of the more unusual anime of the Winter 2014 season. After the midway point is reached, the series takes on a much darker hue, stepping away from the everyday life at the Cadoques Academy and throwing the trainees into combat with the Sky Clan. The number of named characters begin falling to enemy fire, and in the midst of chaos, Kal-El finally learns the truth about Claire: that she is Nina Viento. However, as the Sky Clan’s intervention become more aggressive, only assistance from the Levamme forces saves Isla. Kal-El gradually realises that his feelings for Claire have eclipsed his hatred for Nina Viento, and after allying themselves with Levamme, Isla negotiates a settlement with the Sky Clan and is able to reach the End of the Sky to finish its mission. Kal-El and the surviving members of the Cadoques Academy, plus the citizens on Isla, return home, and Kal-El resolves to rescue Claire. 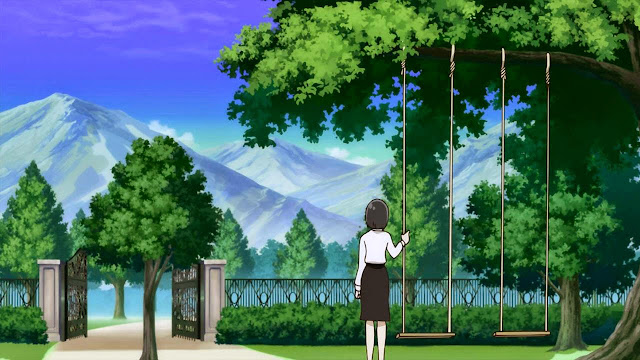 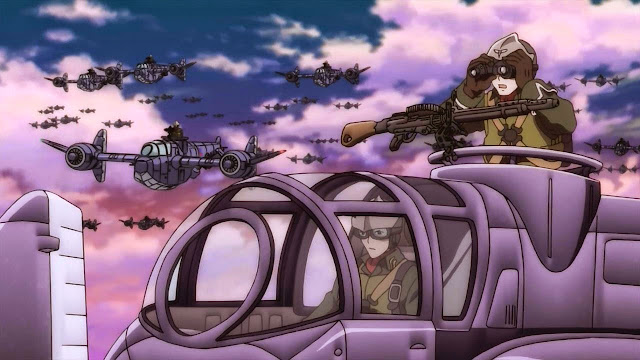 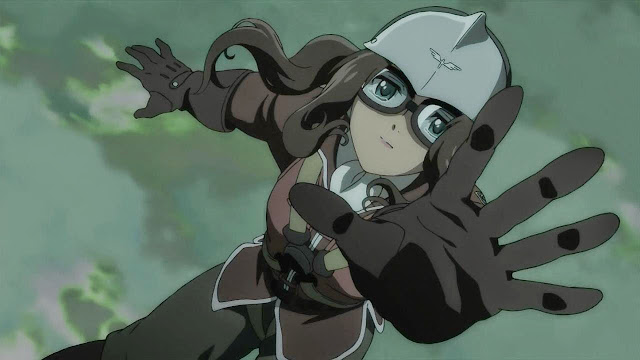 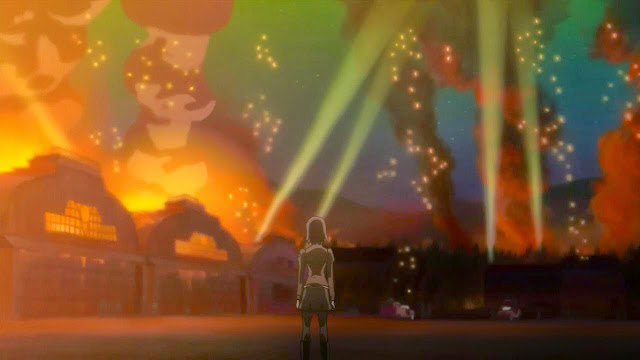 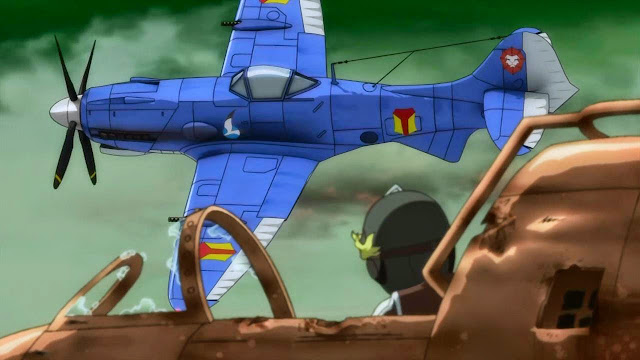 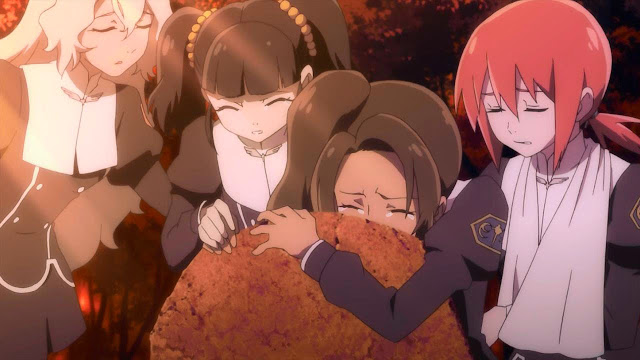 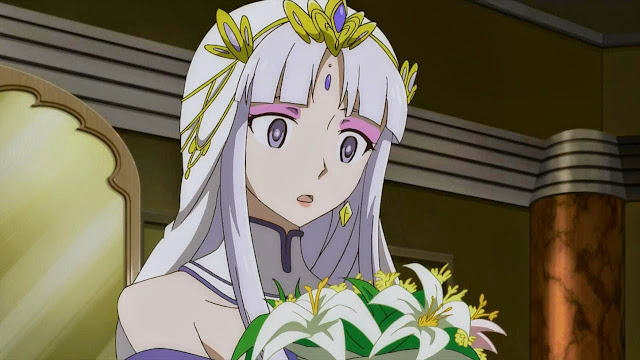 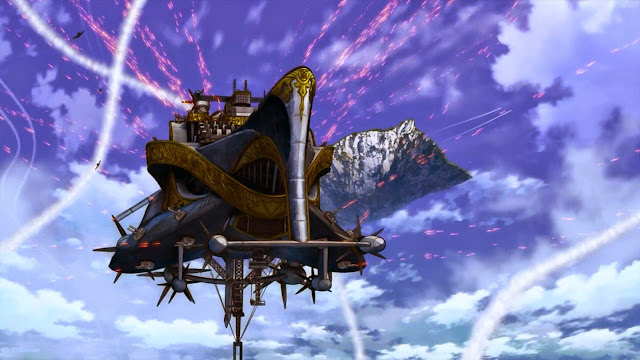 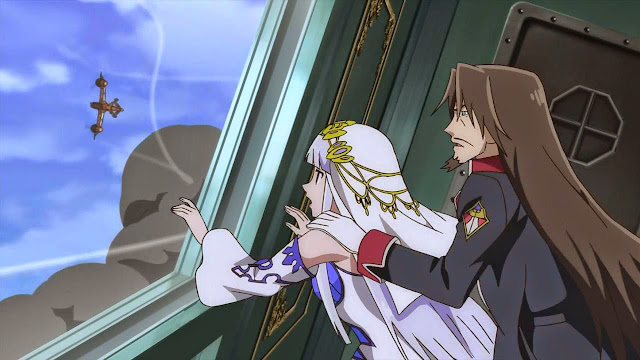 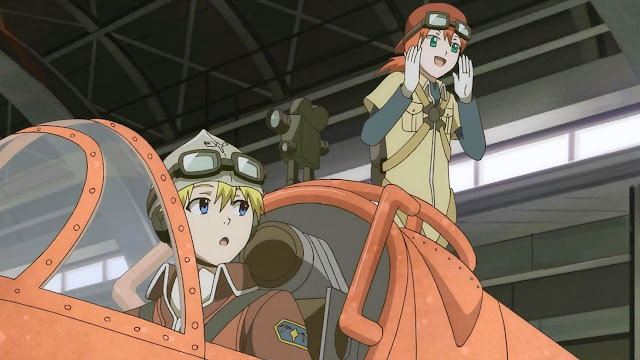 Despite offering a reasonable story and a brilliant world that looked to be filled with unique history and scenery, The Pilot’s Love Song suffers from a series of faults that arise from the anime’s short length: without enough episodes to evenly pace things, the first half starts out too slow, and the second half jumps right into the midst of things without taking the time to set the stage for what is to happen on screen. The motivations behind the Sky Clan or Levamme’s actions are never satisfactorily explored, leaving one to wonder what their intentions really are, and how Levamme fits in with their world. While The Pilot’s Love Song is technically about one man coming to terms with his past and present, the anime is quite similar to that of The Princess and The Pilot in that character development is placed ahead of world-building. Ordinarily, this is a more minor point, but in this universe, there is so much possibility for exploring lore and mythology. Something like this takes time, and as such, thirteen episodes is hardly sufficient to tell a rich, immersive story that strikes a fine balance between world-building and character growth. 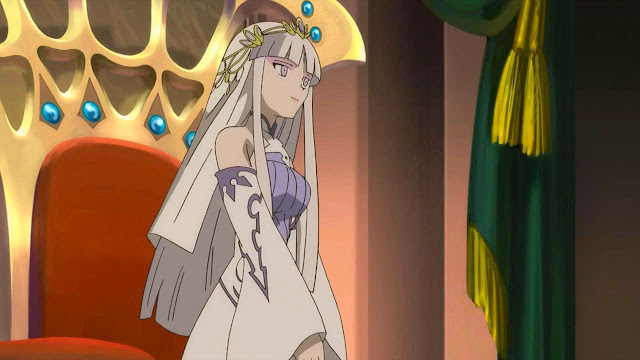 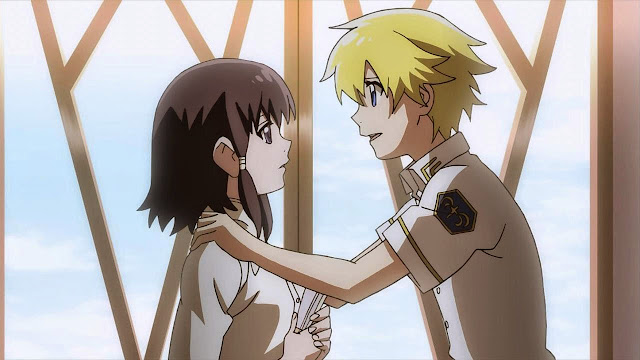 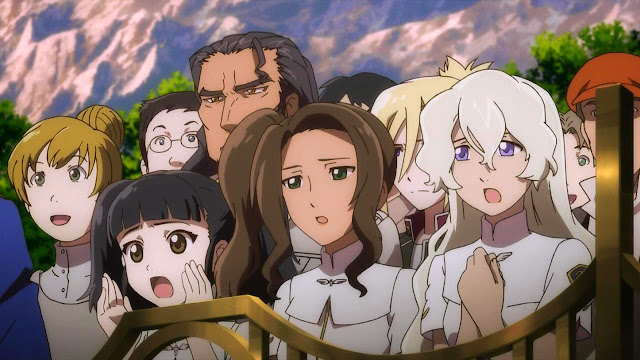 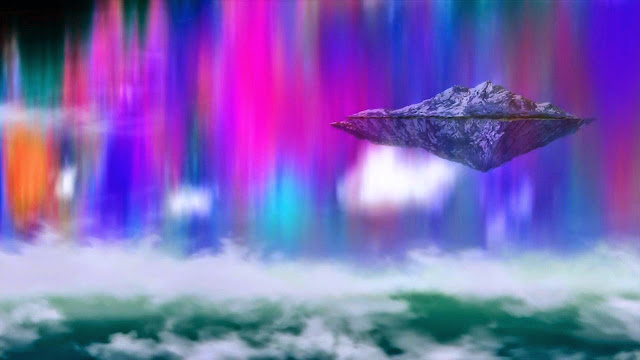 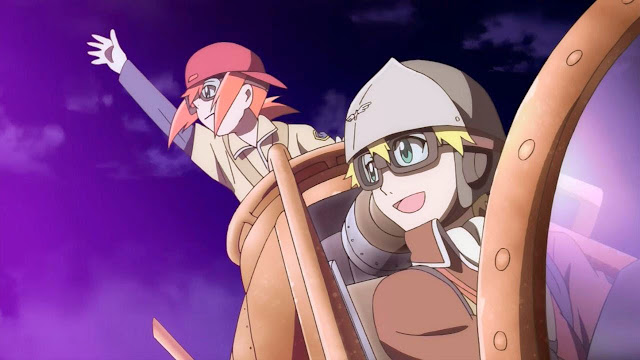 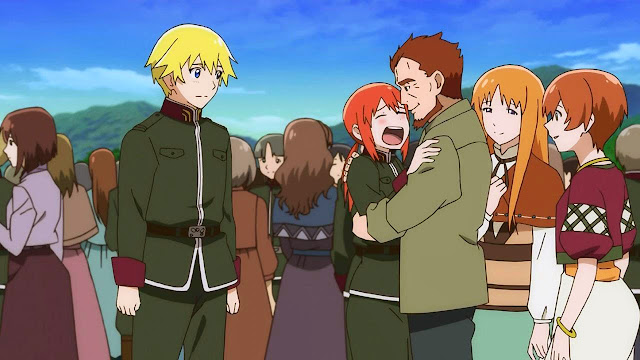 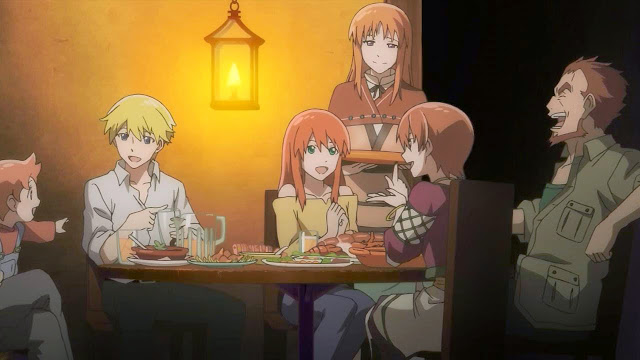 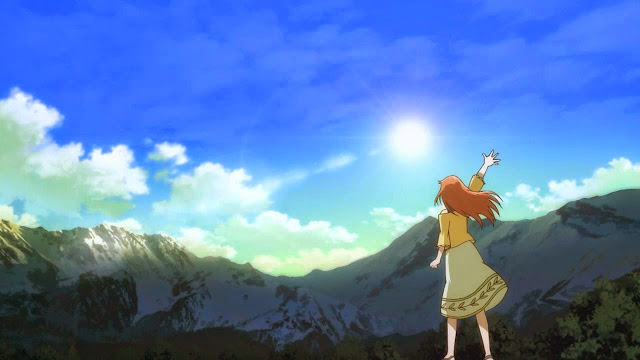 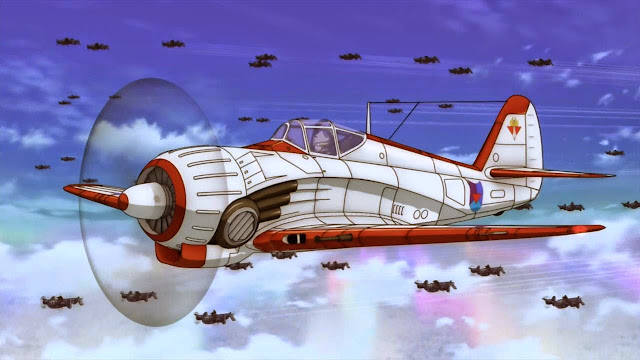 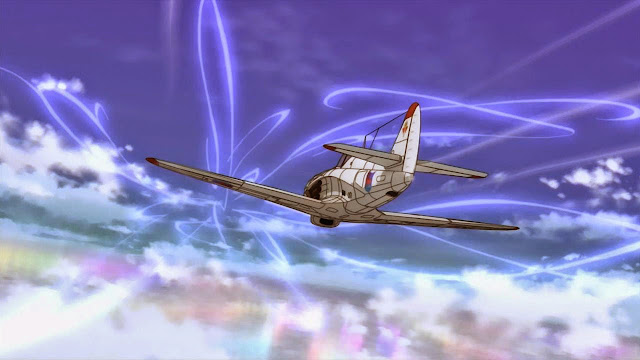 While constraints in The Pilot’s Love Song are quite obvious, the thematic elements surrounding love and forgiveness were solid; Kal-El emerges from the series as a changed man after falling in love with Claire. No longer consumed by hatred and revenge, he has moved on and has his sights set on being together with Claire again. After thirteen episodes, what I got was a strong, although familiar and decidedly optimistic love story that I ended up enjoying. There’s nothing intrinsically wrong with this, although individuals looking for an anime with more world-building will be disappointed. Thus, The Pilot’s Love Song might be worth checking out for the love story component; although a little familiar, it is nonetheless integrated nicely into their universe. From a technical aspect, the landscapes and air combat was reasonably well done, adding to the atmospherics within the anime. The Pilot’s Love Song closes with a character expressing intent to stop Kal-El’s mission, and Kal-El engaging the Sky Clan in his journey to rescue Claire. This could be prime material for future work, although as it stands, the series has provided reasonable closure and as such, I won’t be too disappointed if this is the only incarnation of The Pilot’s Love Song.

One response to “The Pilot’s Love Song- Final Impressions”