“You can have computer sights of anything you like, but I think you have to go to the enemy on the shortest distance and knock him down from point-blank range. You’ll get him from in close. At long distance, it’s questionable.” — Colonel Erich ‘Bubi’ Hartmann, GAF.

By beating mission eight (“Pipeline”) in Ace Combat: Assault Horizon, I’ve more or less come to the halfway point in the game. There are still eight more missions to go before I finish the game, and insofar, I’ve flown over the deserts of Africa, Dubai, the Suez Canal, and Derbent, Russia. After Colonel Bishop’s dream of being shot down by a plane with a Shark on its nose, he is sent to help the NATO task force suppress a rebellion in East Africa, but discovers the presence of a weapon with the power of a tactical nuclear warhead. Dubbed “Trinity”, Warwolf squadron is tasked with defending cities marked as targets by Stagleishov’s forces. I’m now at the point where I’ve shot down the Trinity warhead over Derbent following an intense close air support operation to take back the city from rogue forces. The story, set in the real world, has been criticised for being too similar to that of Call of Duty 4: Modern Warfare’s, but quite honestly, given that the game is set in the real world, such a story (though generic) is quite plausible; because we’re largely familiar with the setting, the plot isn’t as intricately developed as those of the previous Ace Combat games. However, there is enough of a story to link the missions together, and as such, the hunt for a weapon with the power of a tactical nuclear warhead is sufficient for me to get behind piloting cool aircraft, Ace Combat-style. 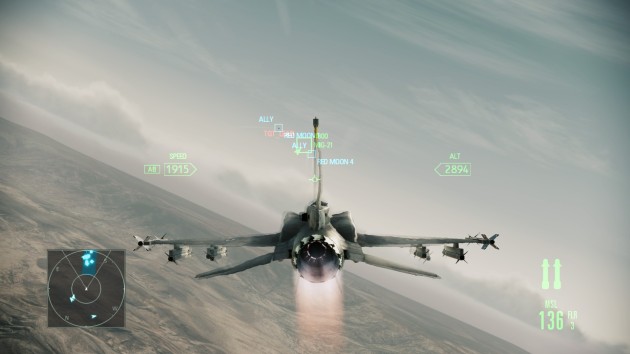 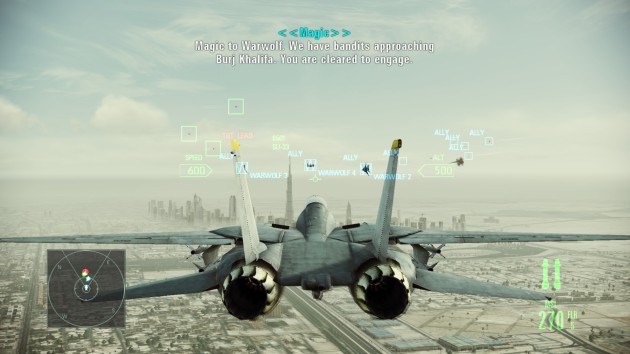 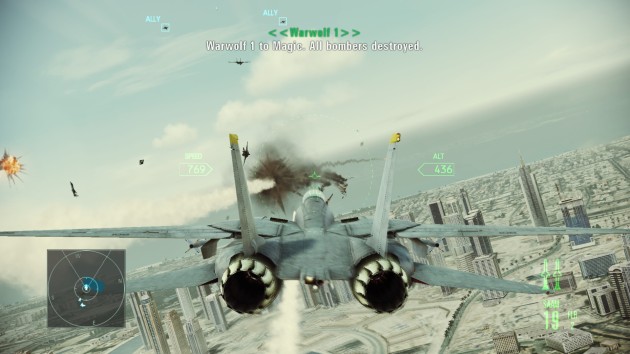 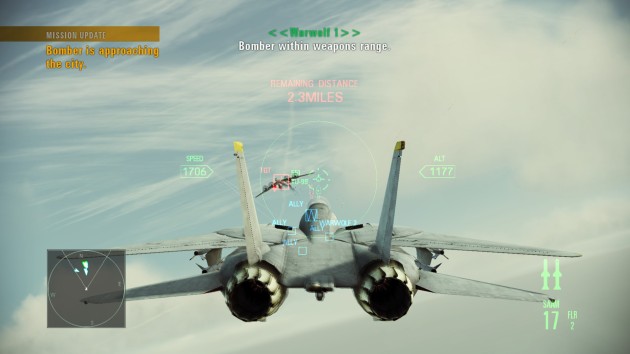 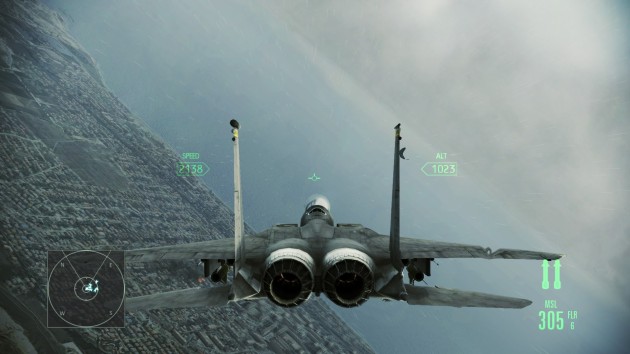 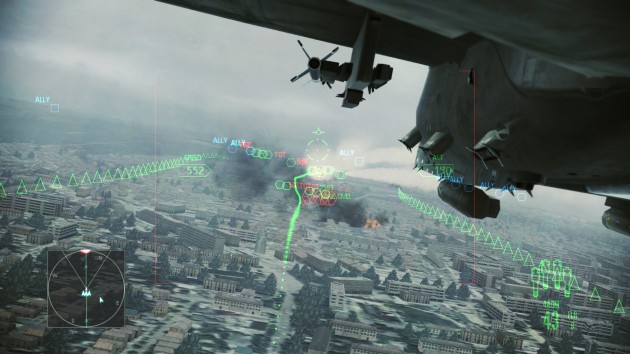 In previous Ace Combat games, all of the missions involved jets, whereas in Assault Horizon, a few of the missions allow the player to experience events from a Black Hawk’s door gunner, an Apache pilot and a AC-130 gunner’s perspectives. The shifts in gameplay are undeniably reminiscent of the style employed in Call of Duty 4: Modern Warfare, but they do add some pizzazz to the game; in fact, the Apache missions are rather entertaining, and I love using the rocket pods to decimate the ground targets. Now that I’ve gotten used to the controls (classic controls using keyboard only), flying is fun, and the dogfight mode adds a nuance to the game. I’m no longer circling opponents endlessly, waiting for my missiles to lock on, and instead, can fly behind an opponent and shred him with the cannon. Sometimes, these dogfights can be harrowing, taking me between skyscrapers or mere meters above the ground. The gameplay as a whole is reasonable, and I’m enjoying it. However, the thing that stands out most is the atmospherics for the later missions, especially those set under grey, moody skies. For some reason, this weather evokes a sense of excitement that’s perfect for flying, bringing to mind the cold, snowy days when I would go to one of the malls in my neighbourhood and see Ace Combat: The Unsung War in one of the video game stores.