Battlefield 3: Life in the Premium Club

“Your premium brand had better be delivering something special, or it’s not going to get the business.” — Warren Buffett

It was a warm spring evening last week, and news had reached my ears that Origin was having an Easter Sale that saw titles go for half-off. A sale paired the fact that I was looking to further my Battlefield 3 experience meant that fifteen dollars and an hour later, I would become the proud owner of a Battlefield 3 Premium account. I admit that, as fun as vanilla Battlefield 3 is, I was growing a little bored of playing team deathmatch on Noshahr Canals and Seine Crossing for almost three-quarters of all my matches. Coupled with the fact that I was nearing rank 45 (after that, I’ll have unlocked all of the all-class specialisations, shotguns, pistols and personal defense weapons), I was looking for something to extend my experience. Originally, I bought Battlefield 3 on its own to give the game a shot, but after all this time, I realised that Battlefield 3 is something that I genuinely enjoy, and as such, purchasing the Premium edition was not a particularly difficult choice. So, as the evening sun was setting, and the honey-glazed Easter ham was baking, I stepped into my first-ever premium match on Scrap Metal. Fortunately, all of my previous experience carries over here, and even though I would lose the match, I ended up with a positive KD ratio. Sprinting through the dark, crumbling remains of a warehouse, I suddenly felt that this is something I’d wished to do for a long time: fight in a haikyo. Battlefield 3 Premium won my heart over, and for the past week, I’ve been messing around with Gun Master and Scavenger, two incredibly fun gameplay modes that add spice to Battlefield 3. Whereas I only played Conquest Large and Team Deathmatch, there were now new gametypes to keep things going. The fact that I get 75 dollars worth of DLCs for fifteen dollars, plus Premium perks, is an incredible deal that I won’t soon forget. Thus, Battlefield 3 Premium does indeed deliver something special, and now, they’ve got my business. 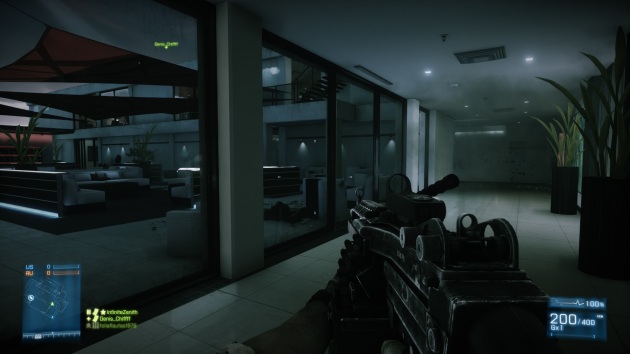 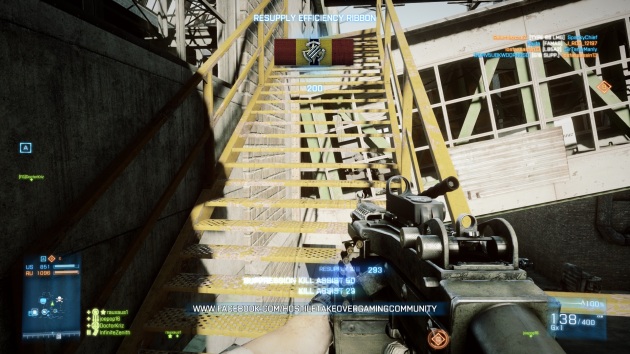 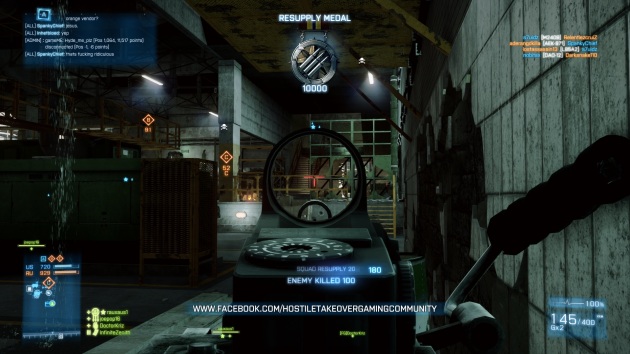 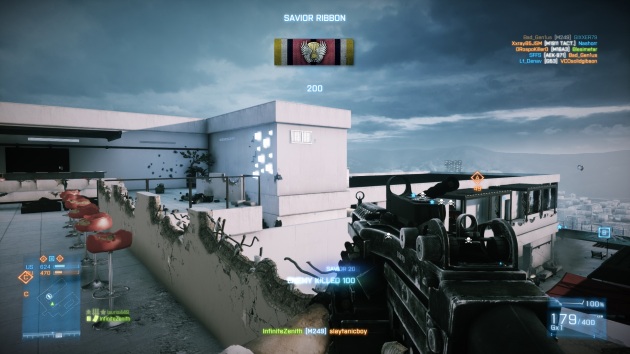 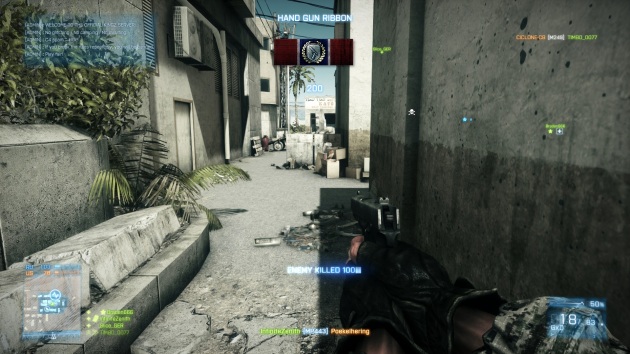 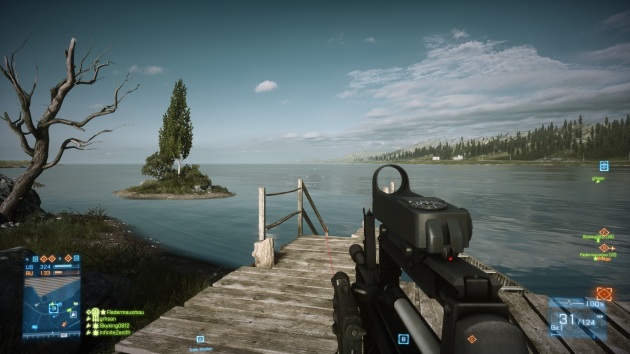 The question now becomes: what is life like as a Battlefield 3 Premium player? In all honesty, it’s actually not too different than being a regular player. I still win and lose like everyone else; other Premium players can be felled as quickly as they did before I upgraded, and I still die at the hands of ordinary players as I always have. Beyond having a plethora of awesome new maps, weapons, assignments, server queue priority and slick new dog tags for my opponents to steal, I’m still an ordinary player, and that’s the point. Being a part of the Premium Club doesn’t give me an unfair advantage over my teammates and opponents: my weapons are only as good as I am, and different weapons don’t confer a combat advantage compared to weapons of the same class. This point becomes particularly important because Battlefield 3 Premium is, although far from the ideal concept for distributing DLCs, able to remain as a reasonable setup for how premium accounts in general should work. Paying extra for the content doesn’t reward players from a combat perspective, and choosing not to pay won’t hurt combat per se, keeping it fair for those without the premium accounts. There is a way of how not to do premium accounts: in Wargaming.net’s World of Tanks, premium accounts yield 50 percent more experience and silver currency per match. This is prima facie equivalent to gaining 50 percent more experience per action in Battlefield 3, but when factored in with the mechanics in World of Tanks, it means ending up with more profit per battle, in turn translating to having more resources to train tank crews, buy new tanks and maintain higher-tier tanks. The increased experience rating allows players to spend less time with stock tanks, improving overall performance and ultimately leads to an improved win rate. If we were to convert this into an equivalent in Battlefield 3, it would be like saying that every round I fire deals 50 percent more damage, and I can absorb 50 percent more damage, allowing me to survive longer to complete objectives and turn battles in my favour. Doing so by paying, then, would defeat the purpose of improving in Battlefield 3: if my wallets were deep enough, I’d rapidly ascend. Thankfully, this isn’t how Battlefield 3 Premium works: premium here confers no advantages to the gameplay itself and follows the model of adding new features, content and customisations, which is precisely what payments should be conferring. 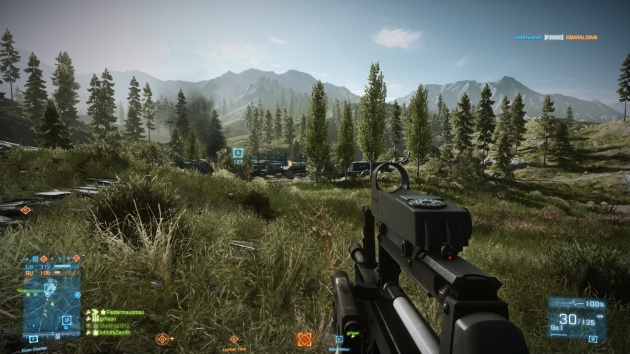 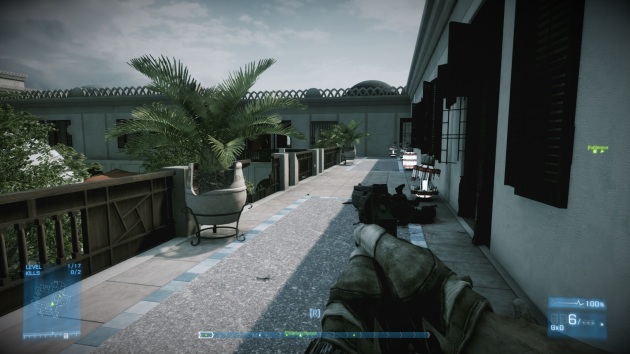 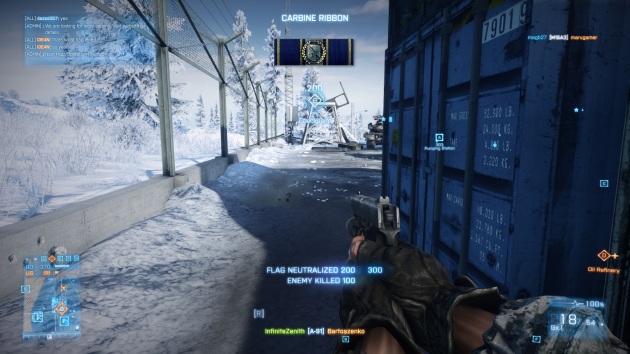 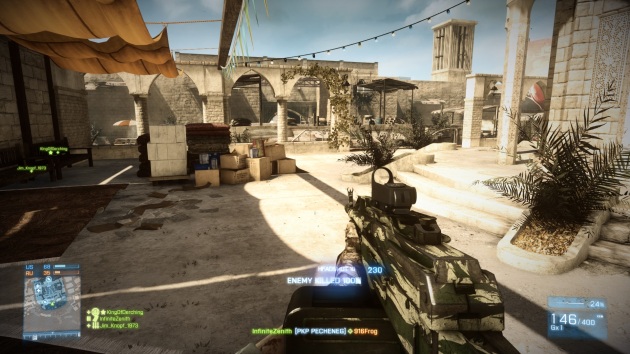 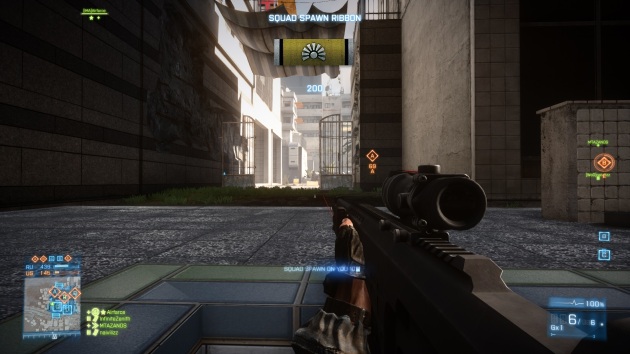 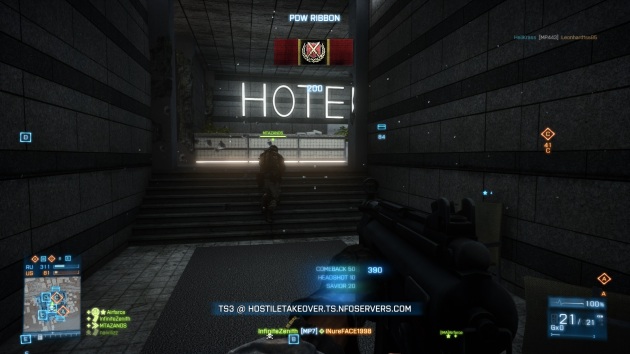 Battlefield 3 Premium comes with all of the content from Back to Karkand, Close Quarters, Armoured Kill, Aftermath and End Game. This means that, besides having twenty spectacular new maps and some twenty new weapons, new vehicles and gametypes are also included. As mentioned earlier, I get to take a break from Caspian Border and Noshahr Canals. Don’t get me wrong: I love those maps, and some of my finest moments happen here, but every now and then, some diversity is nice. Some days, I’d love the old-style CQC that Ziba Tower, Operation 925, Donya Fortress and Scrap Metal gives. Other days, I may itch for a map under winter conditions and play Sabalan Pipeline, or else wish to be air-dropped onto the battlefield from the air in Nebandan Flats. Assignments also give incentive to try out new things: just recently, I unlocked the G53 for the engineer by killing someone with the repair tool. Thanks to my overwhelming affinity with the support class, I’ve unlocked the QBB-95 and L86A2 already. Because the PP-19 (a weapon that I’ve been itching to try since watching TheRadBrad’s playthrough of Call of Duty: Modern Warfare 3) requires that I arm ten M-COMs, I’ve diversified a little, and so, played a few more rush matches I ended up winning. I still have a few more M-COMs to arm before I get the weapon, but I will get there. The new maps are very scenic, and sometimes, I wish that they were empty so I could just run around and explore. I recall another article out there about another player’s experience in Battlefield 3 Premium; he concludes that “it’s a better idea to hang back and only buy the expansions you really want to play”. Said article was written by someone with vastly more gaming expertise than myself, and is dated back to June 2012, when Battlefield 3 Premium started taking off. Back then, there were more unknowns than knowns, and while some might have been disappointed with the way some expansions turned out, now, everything is now known: I’ve seen all the maps, weapons, vehicles, game types and perks, allowing me to make a better decision. My verdict is that the normal cost of premium (thirty dollars for those who currently own Battlefield 3) isn’t worth it, but when sales happen, one can get everything imaginable for the price of one DLC. So…how’s life in the Premium Club? It’s allowed me to experienced a new side of Battlefield 3 that I’d never seen before, with Easter Ham under a spring sunset that manages to evoke a mid-summer feeling. I’d say this is quite the club 🙂