Six Days of Gundam Unicorn, Part One: The Day of the Unicorn

“You’ve come this far, but are you confident your conviction will not waver? The weight of the burden she has to bear is immense. You’ll need the resolve to carry the weight of the world on your shoulders if you go with her. Do you have it?” —Cardeas Vist

It’s been four years since I watched the first episode to Mobile Suit Gundam Unicorn, and since then, much has happened. For one, I’m no longer an undergraduate student, and I’ve learnt much over the past few years through all of my experiences. However, through all of this, Gundam Unicorn has subtly been there, airing at unique points during this time. Each episode has a specific memory attached to it, and after the finale releases, I will do a special talk on what Gundam Unicorn is for me. Of course, each episode also has its unique points for me, and that acts as the motivation for this mini-series of posts. In the countdown leading up to the finale’s release, I am writing about each of the episodes, drawing out what I saw as each episode’s main theme, and linking them to the overall picture in Gundam Unicorn, before setting out to draft out a talk about the finale, followed by a talk on the epilogue and a “whole series impression”. All of this will culminate in a final personal reflection about how Gundam Unicorn held additional significance for me; amongst other things, I will draft out what this blog’s future will be like, given that my own circumstances have now changed and the path to my future is now clear. While this is excellent for me, it also means that I’ll wind up with less time to blog.

A Neo-Zeon remnant group called the “Sleeves” travels to Side 4’s Industrial 7 colony, so that its captain, Zinnerman, can receive a “key” to something known as “Laplace’s Box” from Vist Foundation leader Cardeas Vist. The item is said to be capable of either restoring the future or destroying the world. Audrey Burns seeks to meet Vist first and convince him not to turn over Laplace’s Box, believing the Sleeves will use it to start another war. Along the way, she is rescued by 16-year-old student Banagher Links, who agrees to take her to Vist. Meanwhile, a battle breaks out between the Federation’s Londo Bell taskforce and the Sleeves. As the collateral damage rises, the colony is evacuated. Amidst the chaos, Banagher discovers the fatally-wounded Cardeas Vist in the cockpit of the Unicorn Gundam. Before his death, Vist entrusts the Gundam to Banagher, who realizes that Vist is his father. Banagher then launches in the Unicorn and confronts the Sleeves’ elite pilot, Marida Cruz, who is piloting the Kshatriya. 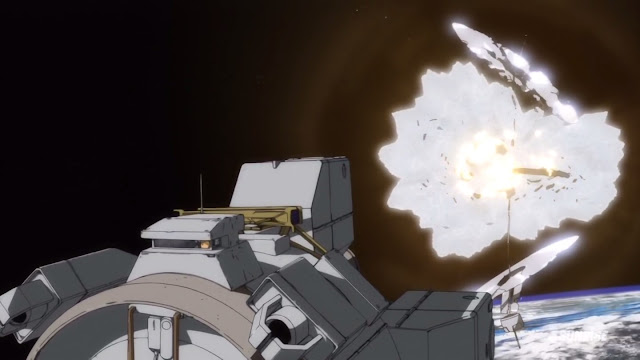 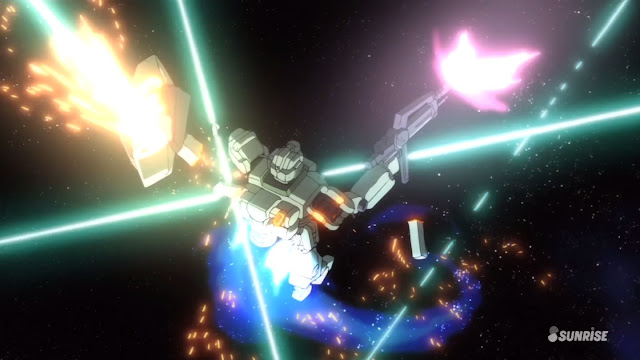 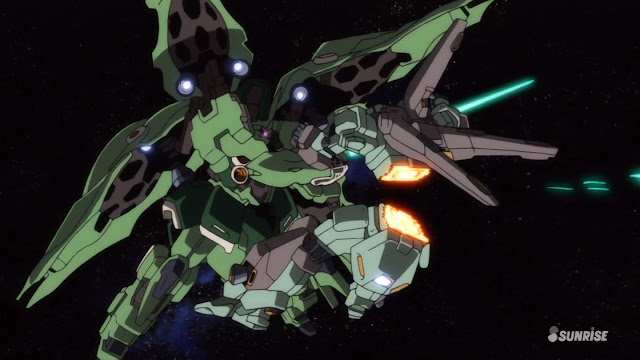 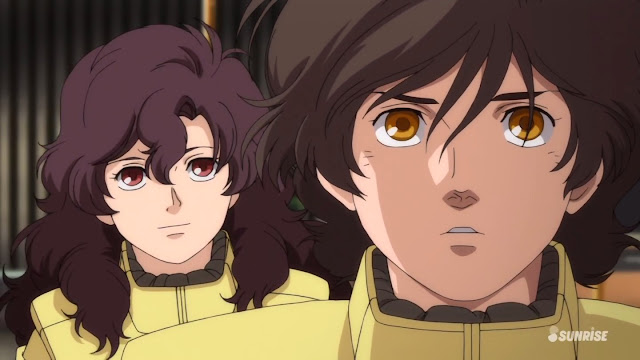 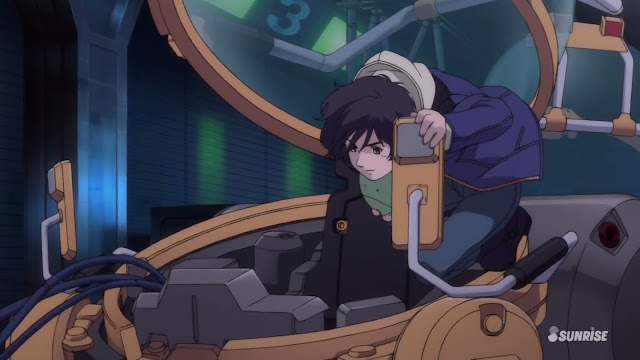 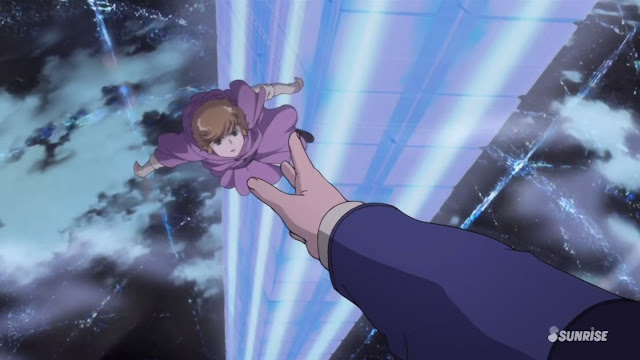 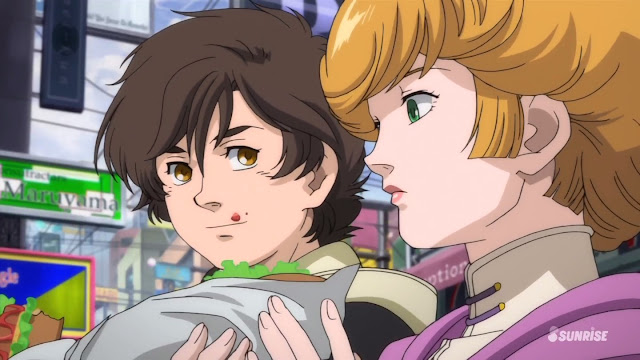 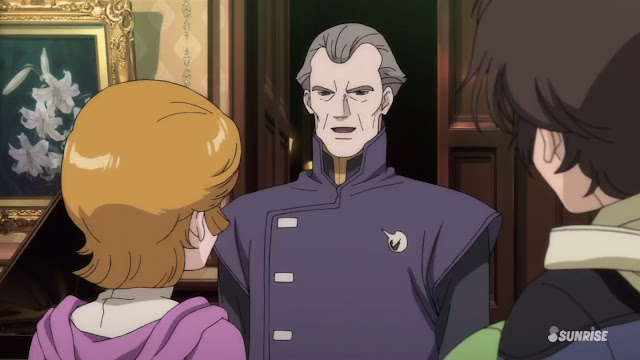 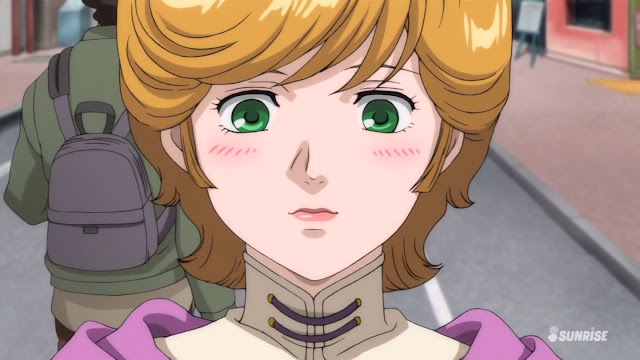 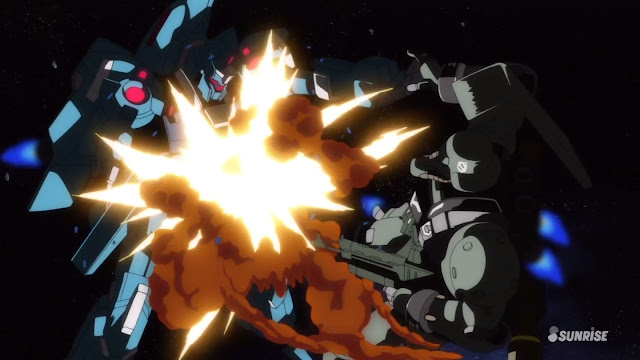 In addition to the overarching themes of possibility and the innate human desire for guidance and stability, each of the Gundam Unicorn episodes have a distinct aspect that drives events. In the first episode, emphasis is directed towards the significance of timing for certain events, specifically, how being in the wrong place at the right time, or being in the right place at the wrong time can have severe implications on the future. This is how the events in Gundam Unicorn (and by extension, all of the Universal Century) starts, when a terrorist attack on the Laplace Space Station kills the Prime Minister of the Earth Federation. Moments earlier, a younger Siam Vist was performing an EVA before the blast severed his tether, sending him into the depths of space. Following the blast, Vist comes across the Universal Century Charter, and uses it to build a new world, with the Vist Foundation at its centre. For over a hundred years, the Vist Foundation and Earth Sphere Federation (ESF) hold its secrets to maintain power, leading to the One Year War and subsequent conflicts. The way these early scenes are composed suggests that Siam was an ordinary space technician before the Laplace incident, and that he came into power by sheer luck. His fortunes are tied to those of the Universal Century, and a hundred years later, Cardeas Vist, his son, decides that the time has come for the truth to be revealed. Cardeas also appreciates the significance of timing; in his meeting with Captain Zinnerman and the crew of the Garencieres, noting that the ESF feared the power of Newtypes, but time was on the ESF’s side, allowing them to become victorious over Zeon. Thanks to being able to keep the status quo, the ESF had lasted to this point, and with the hundred-year mark approaching, Cardeas believes the time is appropriate for the truth to be known. Timing also affects Gundam Unicorn‘s protagonist, Banagher Links. Through chance, Banagher encounters Mineva Zabi (introduced as Audrey Burne) and manages to save her. Likewise, his encounter with the Unicorn Gundam and last meeting with Cardeas Vist happens by chance, setting Gundam Unicorn‘s events in motion. The upshot of this is that everything that is to happen over the series began because things happened to have turned out a certain way: now that because things have turned out in this manner, the characters must now address things in the manner most appropriate given their circumstance. 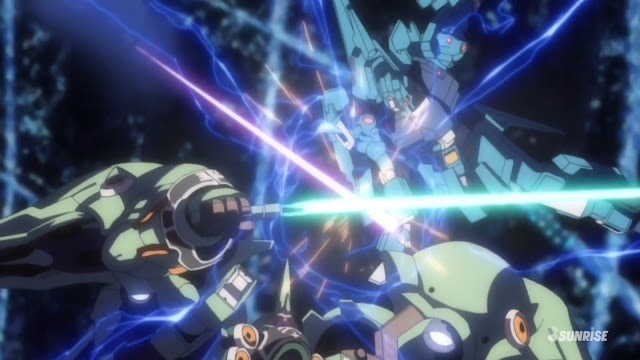 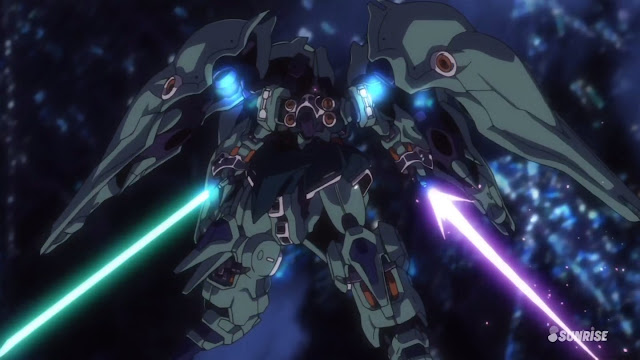 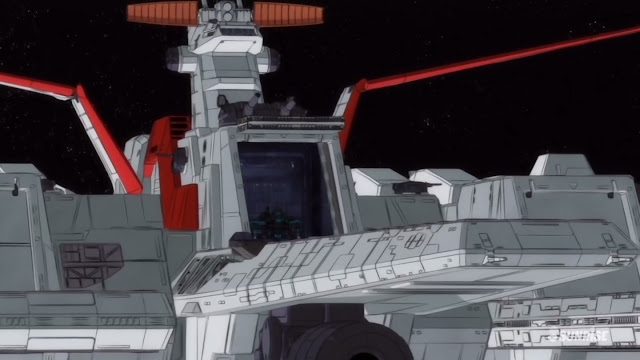 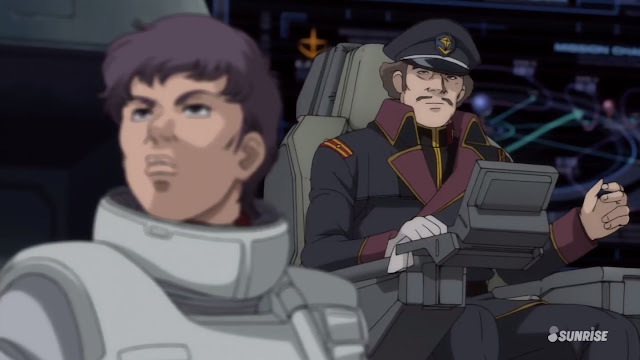 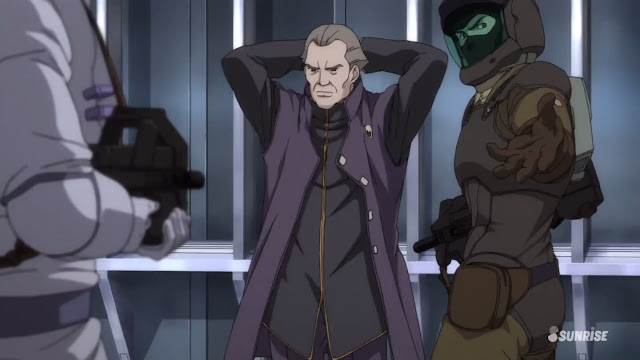 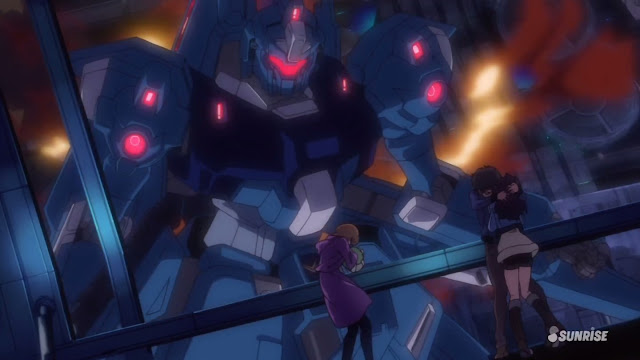 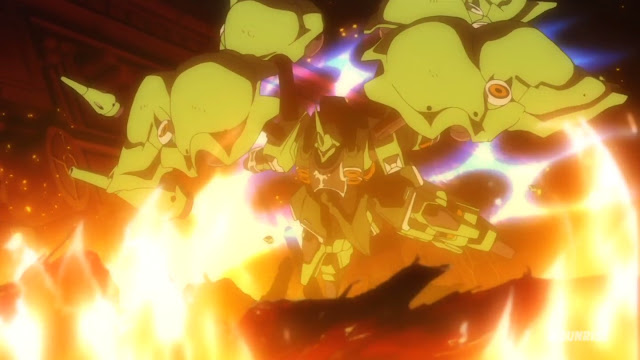 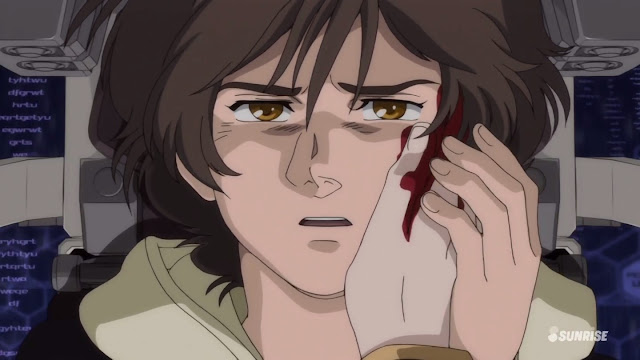 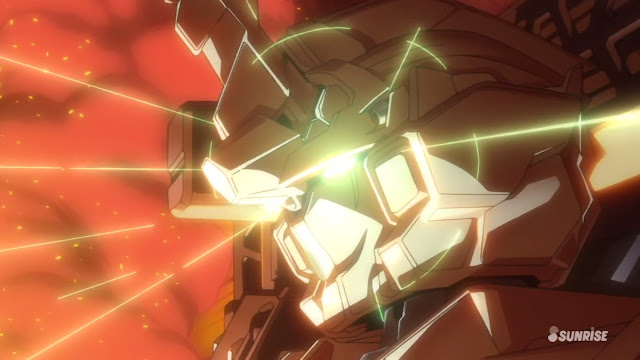 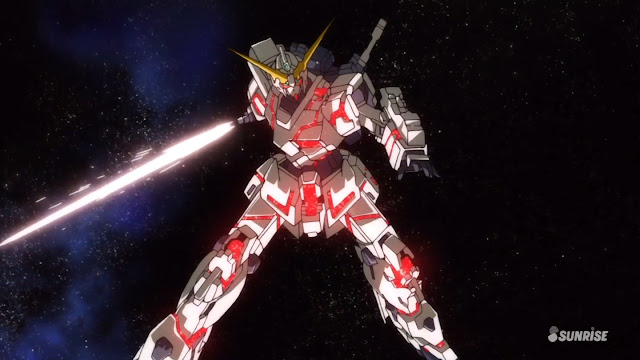 The first episode in Gundam Unicorn was released all the way back in February 2010, when I was still completing my first undergraduate year. The first thing that came to my mind, upon finishing the episode, was the overall atmosphere in the episode. Marking a departure from more recent Gundam series, Gundam returns to its Univesal Century roots and focuses on improving the realism factor. Aged men lead soldiers into battle rather than youthful female commanders. Insightful conversations breathe life into an immensely detailed world with history as complex as our own. When mobile suits do battle with one another, they move slowly, purposefully, and give off a sense of power, comparing the more agile, quick-footed mobile suits from other universes. These nuances bestow a very mature feeling in Gundam Unicorn: old time fans will immediately rejoice in hearing references to older Gundam, although new fans, such as myself, will find Gundam Unicorn to represent a refreshing change of pace in Gundam. Involving a long-lost political MacGauffin, Gundam Unicorn‘s first episode sets the stage for what will come; through a solid balance between exposition and combat sequences, this episode definitely captures the viewer’s interest for will would happen next while simultaneously providing viewers with enough background such that it is easy enough to figure out what is going on.