Operation Eternal: The Joys of Otafest 2014

“Success or failure depends more upon attitude than upon capacity successful men act as though they have accomplished or are enjoying something. Soon it becomes a reality. Act, look, feel successful, conduct yourself accordingly, and you will be amazed at the positive results.” —William James

For three days of the year, the University of Calgary undergoes a dramatic shift in atmosphere. Rather than being an academic institution home to some of the most cutting-edge research labs in the world, hallways and lecture halls are adjourned with signs of festivity. Conversations about physiological fly-throughs and optimal UI paradigms are displaced by spirited talks about anime and games. Instead of quietly illuminating corridors after hours, the evening sunlight falls into busy hallways and open areas brimming with excitement, throwing the cosplayers and convention attendees into sharp relief. This is Otafest, an anime convention that is aimed to promote Japanese popular culture and encourage community charity. This event had humble origins in 1999: since then, has become Calgary’s (and Southern Alberta’s) premier anime convention. My first time attending was last year, right when Otafest was celebrating its fifteenth anniversary. I had a wonderful time, even though my day lacked any sort of real coordination. I have since attended Otafest’s winter incarnation, Otafest Aurora, and subsequently, a pin-trading party. With an overwhelmingly positive experience, I convinced a greater number of friends to attend Otafest 2014, and, after my last exam ended late in April, I pre-ordered my tickets. Soon after, my work with the research lab began. Before this, though, I had an opportunity to dine at the Levilla Chophouse. As a gentle drizzle fell outside, I sat down to lobster bisque and the Steak Neptune, a charbroiled beef tenderloin filet topped with seared scallops and prawns. The steak brought to mind the steak I was thinking of a year ago, in The Matrix, and that evening turned out to be most pleasant. With a week left to Otafest, I fixed some of the bugs in my iOS version of the physiology software, and over the past week, I’ve been working on importing the brain model from the lab’s in-house physiology software suite into Unity.

Of course, this isn’t a talk about my work, and so, on Friday, I committed my first prototype to the repository. As I was working to ensure the first prototype could work out of the box, the first of the attendees began arriving, forming an immensely long line for registration. Cosplayers became more frequent, and soon, my friends would arrive for registration. All of us had pre-ordered, and I picked up my wristband on Thursday evening. While I was waiting, I purchased three Otafest pins, looking to trade them. Registration proved prompt, so we made it to the opening ceremonies in time to get good seats. As I entered the lecture hall, I recalled the fact that not more than a month ago, I sat just a few rows below, jotting down notes about magma compositions and differentiations between stony and iron asteroids. On the first day of Otafest, though, the lecture hall held a different atmosphere: relaxed and excited. The opening ceremony saw the clarification of convention rules, exciting new events, and the special guests. The emcees delivering this presentation did so with a humorous flair, and after the events finished, I had the fortune of acquiring one of the “Angel of Time” pins via trade. I would leave shortly after, preparing for the second day. 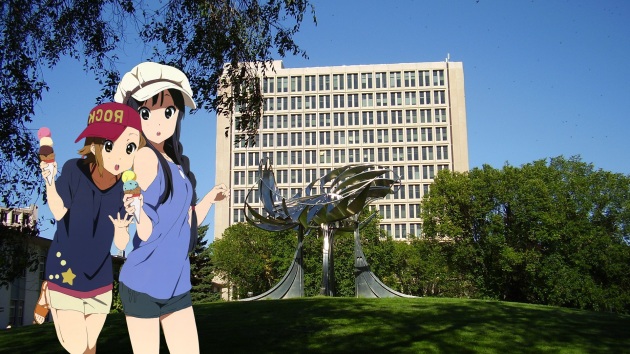 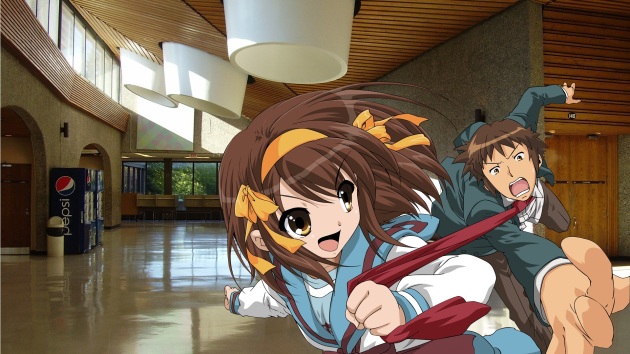 The weather forecast had predicted thundershowers for Saturday, although upon waking up, the skies had been as pleasant as they were the day before. Making my way to the University of Calgary, I was able to make reservations for the Maid Café, which my friends had expressed interest in attending the previous year. This promise was made a year ago: at the previous Otafest, a lack of knowledge on my part meant that by the time we tried to reserve, all of the tickets had been distributed. Fortunately, with knowledge of how things worked, I was able to obtain tickets for all of the party (a grand total of seven members). With that done, I made my way to the vendor hall in the same manner as I had last year. Back then, I had nothing in mind, but this time, there was a single item I was aiming to purchase: the HGUC 1/144 Full Armour Unicorn Gundam (Destroy Mode). The Unicorn Mode was available last year, I decided against buying it, as it wasn’t the Unicorn Gundam’s ultimate form. I would not be disappointed: after circling around some of the vendors, I encountered a vendor who had the model in stock. The transaction was made, and I rendezvoused with the main party. We decided to walk around the campus; during this time, I was able to make three more successful pin trades, acquiring rare pins in the process. As with last year, the food trucks were available: this time, I opted for Tao Rex‘s bratwurst on a bun, as that could be finished more easily. The rationale for this was to be on time for the voice actor Q&A panel, featuring Yū Asakawa, Brad Swaille and Chris Cason. The venue this time was my old primatology lecture hall, although morphological differences between Old World Monkeys and New World Monkeys fell from thought (for reference, New World Monkeys have prehensile tails), as my attention turned to the voice actors’ responses to the audience’s queries.

The next hour saw some of the most amusing answers from the voice actors as they replied to questions from the audience, who were treated to entertaining and informative stories and answers. Yū Asakawa’s English proved excellent, and she answered questions expertly. Our group dispersed to pursue independent activities, and then reconvened at the Maid Café for a milk tea, tiramisu and dance from the maids. Once this concluded, my friends decided to visit the vendors: having informed them of the lines, they had set aside a two hour slot to explore the vendors. The hours elapsed on short order, and soon, it was time to attend the most anticipated event: the voice actor autograph session. This proved incredibly taxing, and even though I’d arrived fourty minutes prior to the event to secure a spot, the line was already massive. However, the wait yielded returns: my K-On! Artbook now bears signatures from all three of the voice actors. Returning to the office space to pick up the stuff I’d left up there, I returned home, closing off Otafest 2014. By now, it should be immediately apparent that I only have good things to say about Otafest. Even though I myself don’t cosplay, I find absolute enjoyment in sharing a friendly environment with fellow anime fans. This year, owing to superb coordination and communication (thanks, Nokia Lumia 520!), my friends and I were able to visit a vast majority all of the events and venues, more so than last year, illustrating the difference that preparedness and open-mindedness makes in a convention. All in all, I attended two of the three event days: today, I took time off to rest following the previous few days’ excitement, and spent the evening at a local Japanese restaurant, where tonkatsu, beef yakiniku, takoyaki and tempura were amongst the things I enjoyed during dinner, acting as a fitting close to a weekend celebrating Japanese culture. I end with the remark that, while I’m not sure whether I’ll be available to attend in a year’s time, I am certain that next year’s attendees will experience an event that will be equally (if not more) spectacular, thanks to the efforts put in by the staff and volunteers. ありがとう、皆さん!