A personal reflection on Gundam UC, the aptly named “U of C” Gundam and Future Directions for the Infinite Mirai

“You don’t have to worry. I’m not going tell you pack of lies to make you feel good. I’m just going to tell you what happened.” —Yuri Orlov, Lord of War

Mobile Suit Gundam Unicorn began when I began my undergraduate program, but unlike most anime, this one released every half year, and for its final two episodes, at yearly intervals, accompanying me as I went through my undergraduate program. The lessons and themes surrounding each episode seemed to fit with what I was doing at the time, and in that sense, Gundam Unicorn became something I associated very closely with my experiences in university. It began on a chilly night in November 2009, when I finally finished one of my linear algebra assignments and handed in a lab write-up for chemistry. Midterms were nearly over, and while on a break, I decided to look up information surrounding the then-unreleased Gundam 00: Awakening of the Trailblazer movie. Details were scant, but in the related results sidebar on YouTube, something intriguing caught my eye: the first Gundam Unicorn trailer. A space station appeared on screen, exploding, and soon after, the Kyshatriya began engaging ReZELs inside a colony. In space, a pilot aims his rifle at a distant target, and as the battle rages through the colony, a pure white mobile suit with a Unicorn’s horn prepares to sortie. This captured my interest immediately, and when the trailer finished, it announced a release in March 2010. As Winter 2010 began, my coursework meant that Gundam Unicorn fell to the back of my mind, but by mid-March, news had reached my ears surrounding the Gundam Unicorn soundtrack. A thought stirred in my mind; this meant Gundam Unicorn‘s first episode was out. After watching the episode, everything about Gundam Unicorn felt appropriate for university: the themes discussed felt more mature. Mobile suit combat was intense, feeling heavier and more powerful than those fights in Gundam 00. 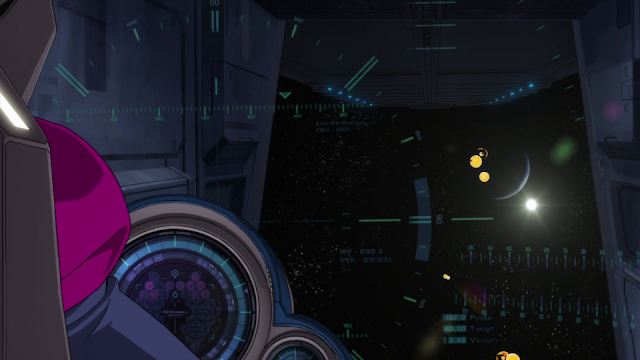 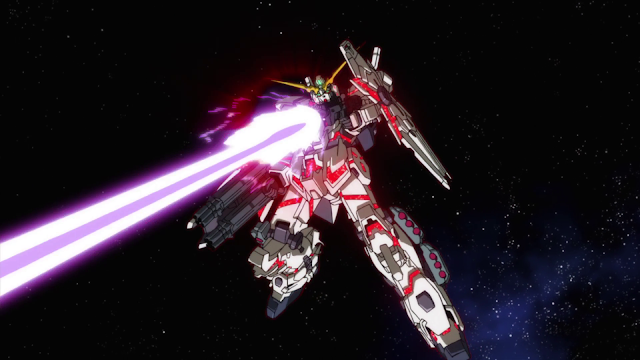 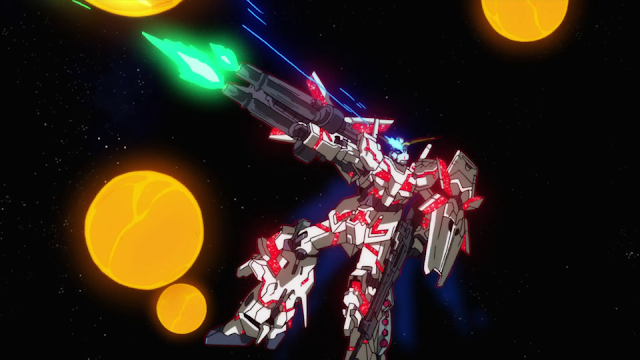 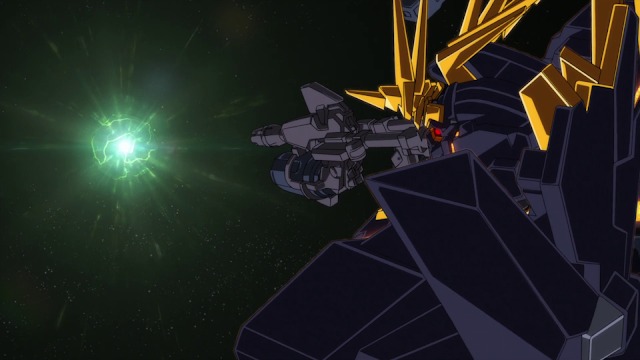 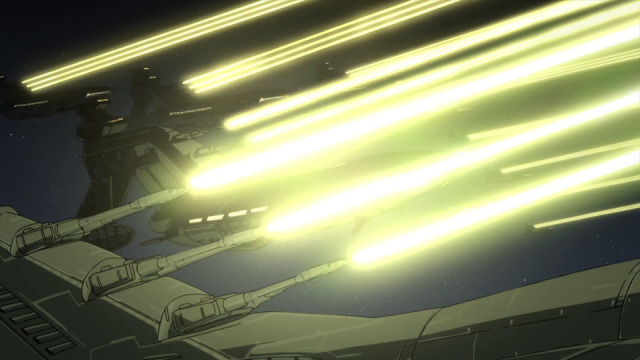 Four years have passed now since episode one was released: after the finale had released, I recall a journey filled with memories. Gundam Unicorn has accompanied me for the entirety of my undergraduate career, and each episode brings to mind a very specific set of memories from each of the years I was on campus. The second episode would recall my efforts to stay up to speed with SN1 reactions, TATA boxes and algorithmic complexity during Fall 2010. Every time I watch the Nahel Argama’s rescue operation or the fight between Banagher and Full Frontal in episode three, the challenges I faced in my Winter 2011 semester return to me, as clear as day. On a November weekend in 2011, I returned to the lab to work on a project, listening to the soundtrack to the fourth episode even as Otafest Lite 2012 was happening, seven floors below. Banagher’s actions during the Garuda transfer and determination to see his duty through in episode five remind me of the summer I directed towards studying for and writing the MCAT. When episode six came out in March 2013, I was gearing up for a thesis defense and was close to submitting my thesis paper. RE:I AM was released on the first day of Spring, the same day Left 4 Dead 2 went on sale and the same day I was offered an NSERC. I entered my thesis defense and finals with the same emotional tenor as Banagher and Riddhe had in episode six’s final moments, ending my undergraduate career on a solid note. 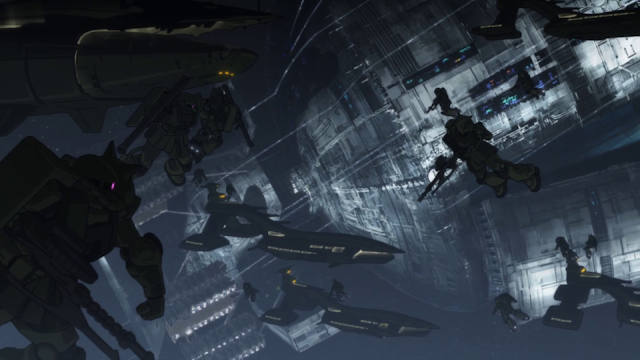 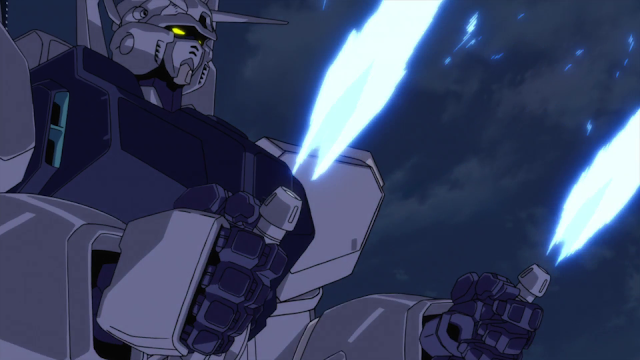 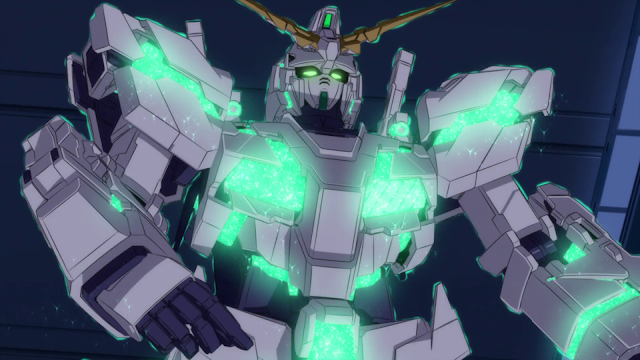 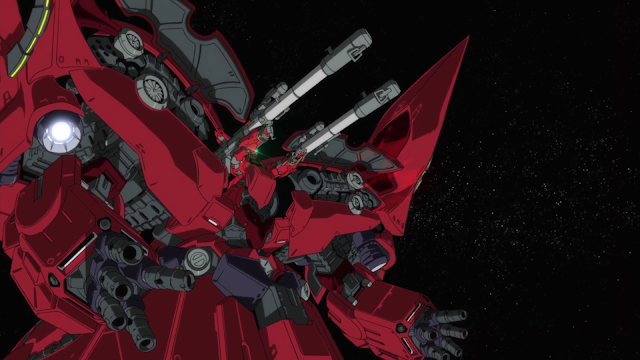 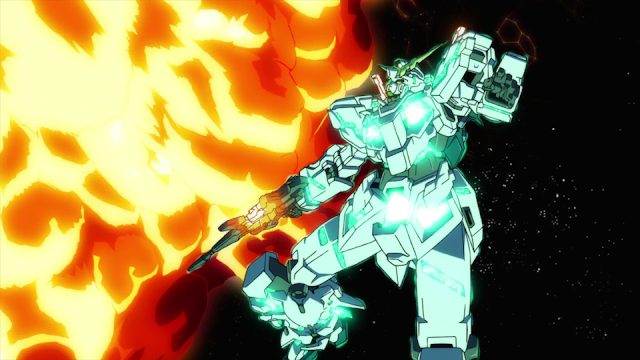 The conclusion of Gundam Unicorn is now irrevocably tied with Otafest 2014 and coincides with my admission into graduate studies for computer sciences. Starting in September, I will begin a new journey as I work towards the future. It’s very exciting, and in order to make the best of this opportunity, I have decided that I will gradually slow things down here at the blog. For the past two-and-a-half years, I have been writing about anime and games here. This was very rewarding; I’ve been able to converse with other anime bloggers and fellow fans here. However, writing blog posts is a time-consuming process. An average post does take around two to three hours to plan, prepare and proofread. Posts pertaining to movies typically take around five hours, while the larger posts (or multi-part series) take anywhere from eight to twenty-five hours of time. Considering that this blog is maintained by one person, there is a substantial time commitment involved: I spend roughly seven hours a week preparing posts. I throughly enjoy blogging, but there are a limited number of hours in a day. As I settle into the graduate program, I will prioritise getting my coursework and thesis project finished. In my downtime, I will continue to pursue my hobbies as I have previously. To keep a fine balance between work and rest, sacrifices must be made somewhere, and I have decided that spending less time blogging will allow me to maintain harmony in my schedule, translating to a reduced frequency in posting, especially once the summer draws to a close.