4 Comments Posted by infinitezenith on August 2, 2014

Today, I will be kicking off Infinite Zenith’s Mail Sack, which I was originally going to call the Query Cave, but “Mail Sack” seems to sound cooler. Today’s questions were kindly supplied by Ninety Beats and Vimitsu; the former had motivated me to kick off the mail sack. Ordinarily, I would do a talk on portions of or entire series, which serve to provide my reasons for why I liked it, but those are typically very structured, and sometimes are not the most conducive to further discussion, depending on the topic. On the other hand, the Mail Sack will hopefully allow for more varied discussion; they’ll be shorter than ordinary posts, but the format will also allow me to address things on a case-by-case basis. The formatting is as follows: the question comes first, followed by an image somewhere with a super-concise answer, followed by a proper answer. Longer answers will have the image in between paragraphs. So, without further distractions, let us open the Mail Sack for the first time and take a look at the first three questions…

Out of curiosity, I see that you refer to your blog as the “Infinite Mirai”, which is also the blog URL. But elsewhere on your blog it seems to be referred to as “Infinite Zenith”. What is the actual name of your blog (if there is a single one)? —Vimitsu 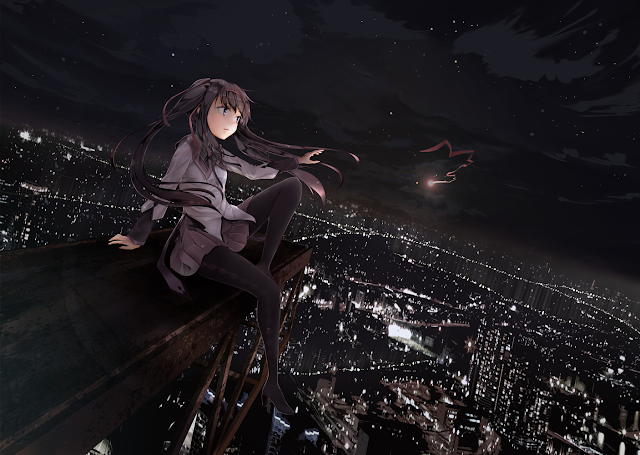 From a semantics perspective, “Infinite Zenith” refers to the guy writing here, and “Infinite Mirai” is the blog itself. However, I consider Infinite Zenith and Infinite Mirai to be interchangeable because, I used to forget that this was the Infinite Mirai, and it’s since stuck as a force of habit. The “Infinite Mirai” came out of a naming collision that precluded me from using infinitezenith.wordpress.com back when I first registered for a blog. I would’ve used my original name, but the name was already taken, leading the name to where it is today.

Did Anime make you more tolerant as a person? —Ninetybeats

Surprisingly enough, it would seem that anime has indeed had that effect. This is, not coincidentally, the perfect time to indulge in a story of sorts; prior to entering the world of anime, I had largely been neutral towards anime and regarded it as animation with a unique art style, and even though I was reasonably open-minded before picking up anime, I was somewhat more close-minded about things that were outside of my scope of interest. Following my acquisition of anime as a hobby, I’ve been much more open to trying new things and more accepting of some things I used to dislike in the past. I would imagine that this is probably because of the incredible diversity anime offers; since every anime I was initially recommend had strong points that I found thoroughly moving or enjoyable, I learnt that this could hold true to a great many things provided that I give it a fair chance; even if some things have a few detracting points, they might also have positives going for them that outweigh the negatives. 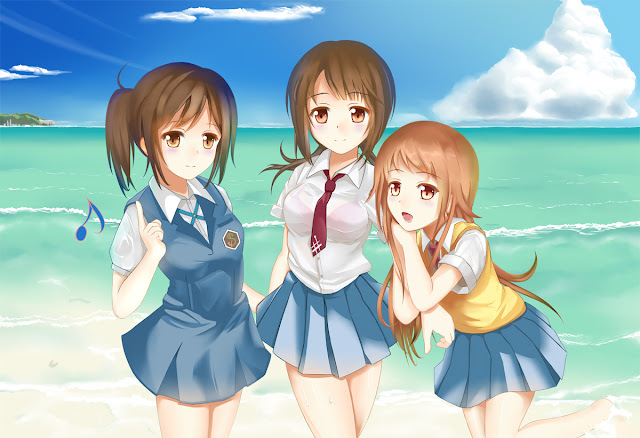 From an anime perspective, this outlook is precisely why when I post about shows, I focus on the big picture and rarely make mention of animation studios and voice actors: good anime does not depend on the constituent elements like plot, setting, characters, animation, artwork or music alone, but rather, how all of these aspects come together. Being more tolerant, or even accepting of some limitations, allows me to enjoy something more completely than I might have otherwise, and this approach has permeated how I conduct myself elsewhere: compared to when I first began watching anime. Naturally, I still exercise caution when treading new waters, and some shows will never work out for me for well-rationalised reasons, but I am far less likely to decline something on the grounds that it was outside my scope of interest or contains too much fan service, which segues to the next query. As for anime’s impact on real-world interactions, the impact is probably subtle, but I do feel that I am more open-minded and willing to hear other perspectives before drawing my own conclusions now.

What do you think of certain fetishism that are very present in anime (pantsu and the like)? —Ninetybeats 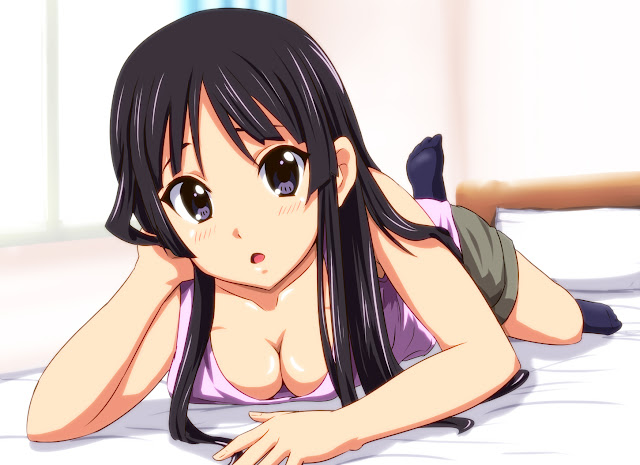 In most cases, I find that having boobs and pantsu shoved in my face is effective for comedy, and as such, I don’t mind it too much, as it lends itself to a few good laughs out of the moment’s sheer absurdity. Anime that do this sort of thing tend to follow a generic pattern (usually involving a male character face plant into the most inconvenient of spots whenever falling), but taken in context, the character’s reactions often speak volumes about their personalities and might even aid character exposition. The key here is moderation: sparingly used, it adds bit of charm to the series and makes particular moments more entertaining, but when such fan service is present in excess (especially in the inappropriate genres), it may either detract from time otherwise spent on more relevant materials, or even become disturbing to viewers. For the most part, though, I don’t typically watch anime that pair fetishism side-by-side with graphic violence or disturbing imagery; in the anime that I do watch, things like pantsu and accidental groping winds up being comedic in nature. While I don’t mind most fanservice of that sort, artistic and cultural differences means that there is a greater level of detail and, in some cases, intimacy in a particular scene. While may amplify a scene’s visual impact, it also makes it a little more difficult to explain to observers who happen to be passing by when such things happen on-screen.

That’s it for this time: three questions, and three answers. This is roughly what the Mail Sack will look like in the future, and every Saturday of this month, I will be answering anywhere from two to four questions. More recently, I realised that I tend to answer queries in the comments rather quickly, even if some of them might be intended for the Mail Sack. If I may add a small request: please designate questions destined for the Mail Sack as such. Almost any indicator will do as long as it’s clear that it’s a question going to the Mail Sack, but #MailSack could work rather nicely. Also, last but not least, I am accepting questions via Facebook, too.