6 Comments Posted by infinitezenith on August 4, 2014

“The human brain has a hundred billion neurons, each neuron connected to ten thousand other neurons. Sitting on your shoulders is the most complicated object in the known universe.” —Michio Kaku

The Girls und Panzer Movie approaches; even though there’s no solid release date yet, the recent release of a PV that depicts St. Glorianna engaged with Ooarai and what appears to be Chi ha-tan’s forces engaged in the exercises after the former wishes to participate in a drill using a much greater number of tanks. Anticipation for the movie is mounting, and for good reason: Girls und Panzer turned out to exceed all expectations and presented an excellent story to audiences about sportsmanship and teamwork. The series’ protagonist, Miho Nishizumi, is seen as a suitable hero, being competent, compassionate and humble. However, there have been ill-conceived beliefs that Miho is in fact a “frail emotional young girl”, motivated by over her actions during a Panzerfahren match that would cost Black Forest their title. During this match, Miho chose to save her teammates who had fallen into a river, in the process abandoning the flag-tank and allowing it to be shot down. Naturally, even after all the discussions, debates and investigations that had happened during and shortly after the season’s run, no one was able to reach a satisfactory conclusion. The issues were soon completely forgotten, leaving behind the myth that Miho is “frail” and “emotional” in some circles. This myth might have been allowed to endure, were it not for the Giant Walkthrough Brain. I was observing a rehearsal of the Giant Walkthrough Brain at the Banff Summer Arts Festival, and while the visualisation software was guiding viewers to the frontal lobe, Jay Ingram mentioned that the frontal lobes played a role in decision-making. I read this moment a thousand times in the script while fine-tuning the software’s timing for this section of the brain, but after hearing the entire presentation for the first time during rehearsal, I soon realised the brain holds the explanation to bust this myth for good. In this post, I will show that there is substantial evidence to illustrate that Miho is, in fact, a calm, collected hero and her decision during her ill-fated match, far from illustrating her deficiencies, further shows that Miho’s personality is one befitting of a commander, regardless of whether or not it was inappropriate in its context. 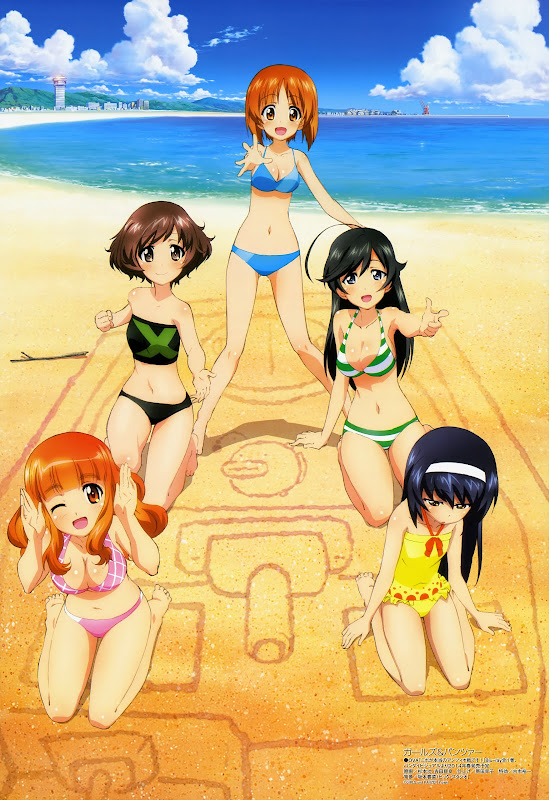 As a quick bit of background, decision-making processes are carried out in the frontal lobe; this area of the brain assesses the future consequences of a given set of options and drives individuals to pick the optimal solution, while dissuading individuals from poor decisions (usually those with detrimental consequences for the future). Important as they are, the frontal lobes do not fully develop in humans until around the mid-twenties, accounting for why youth are more predisposed towards risk-taking [1]. This is particularly important: Miho’s decision during the now-infamous championship match can no longer be attributed solely as a product of rational thought, but rather, partly influenced by the complex chemistry within the immature frontal lobes. At the time, Miho was fourteen, so physiologically, her frontal lobes are not yet developed. Thus, Miho’s actions would then be driven by a combination of her innate personality (compassion towards her teammates) and an incomplete decision-making process, explaining why she chose to take the actions that she did. With this in mind, whether or not the downed tank was in any actual danger is no longer of any relevance: what matters is that Miho believed them to be in danger, and her subsequent actions have a physiological basis based on her belief, leading to what we ultimately see. Expecting anything more from a high school girl, especially with the frontal lobes’ incomplete development and the corresponding impact on decision-making, might prove to be unreasonable, and Miho might even be said to have acted as one might expect someone around her age to act. 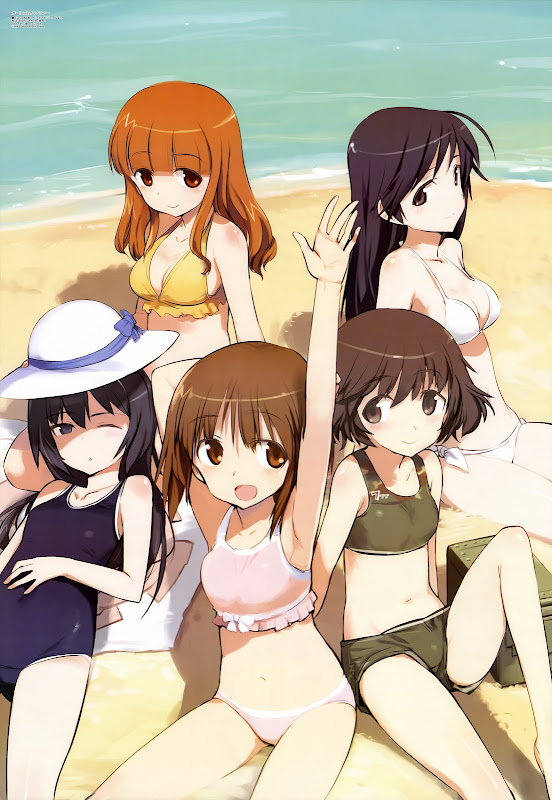 For the present, we will briefly set aside the matter of Miho’s frontal lobes. As with everyone else, they are constantly maturing and so, we can assume that Miho will be less prone to impulsive action as time wears on. Throughout Girls und Panzer, Miho is depicted as kind and caring, almost to a fault. In the series’ opening, she is willing to take up Panzerfahren against her will solely for her friends’ sake. In training, she offers her teammates advice and never demands the impossible of them, while in battle, she continuously reassures her teammates and does her best to help all of them out of tight spots. She treats all of her opponents with respect, befriending those she meets on the battlefield and forging long friendships. This temperament leads Miho to save her teammates; even if the decision was rash, she is compelled to act in this manner because to Miho, her teammates’ safety is worth sacrificing a victory for. This is an admirable branch of thinking, and although the moment is tarnished by immature frontal lobes, it illustrates that Miho’s priorities are in the right place. We recall Sun Tzu, who notes that a commander who cares for their subordinates and treats them accordingly will eventually find themselves commanding subordinates who are willing to follow them wherever they go. It becomes evident that Miho has the characteristics of a good commander; perhaps with more developed frontal lobes, Miho may have assessed the situation more carefully and have been able to pull off a victory, while reassuring the downed tank that they’re going to be fine, and make a more well-reasoned decision as to whether or not hopping into the river was in fact necessary. 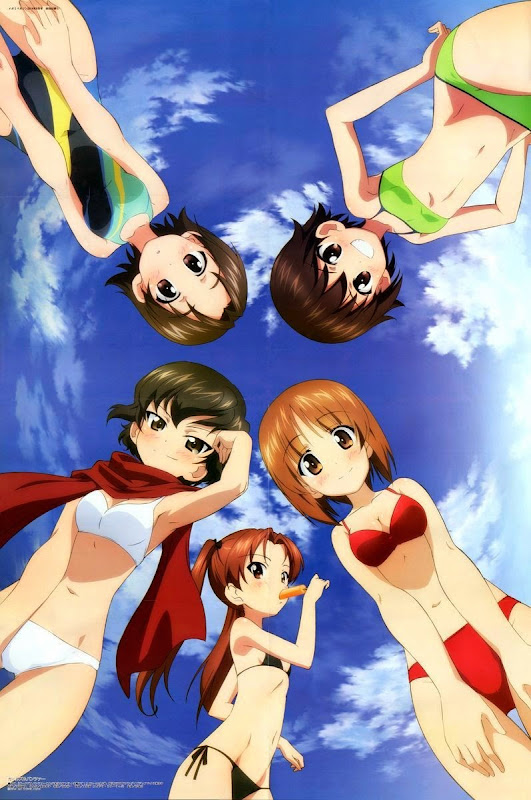 Brain physiology is a complex subset of medicine, and although I am nowhere near qualified to delve into it with more a more rigorous approach, an abstraction already provides a succinct outside-the-box approach towards explaining Miho’s actions, without requiring a full understanding of what conditions can cause a Panzerfahren match to be suspended. I’ve tried to look at things from all possible perspectives, and while I find opposing viewpoints to offer well-argued positions (i.e. that Miho’s actions might not be necessary), using a rational, methodical  analysis, it’s clear that Miho is a suitable hero for Girls und Panzer. The facts and footage have been assessed with a critical eye: while Miho’s decision during the championship may not be appropriate, it also has a physiological basis, meaning that Miho did not act after a reasoned thought process. However, when taken in conjunction with her general demeanor and decisions throughout Girls und Panzer, it shows that Miho has a calm and kind heart, traits equally as vital as forward thinking and flexibility for a highly competent and capable commander. This evidence would suggest an appropriate and logical conclusion: the championship represents a one-off for Miho, serving to illustrate that even though impulsiveness may have far-reaching consequences, one can never be sure about the correctness of their decision until they resolve to make the most of things. Here, Miho succeeds in rediscovering her love for Panzerfahren, and with this in mind, we may finally speculate what awaits Miho in the Girls und Panzer Movie without being troubled by doubts surrounding how capable of a commander she is.