A Tari Tari Review: Reflections and a Full Recommendation

3 Comments Posted by infinitezenith on September 12, 2014

“It’s the possibility of having a dream come true that makes life interesting.” —Paulo Coelho

Despite being two years since its release in 2012, Tari Tari remains one of my favourite slice-of-life anime in my library. Its basic premise was quite simple: in their final year as high school students, five unique individuals, each seeking a new meaning for themselves, are brought together by music and, in the process, come to know one another better. With the thematic elements focused on creating an opus magnum before graduation, Wakana, Konatsu, Sawa, Taichi and Atsuhiro (better known as “Wien”) participate in a variety of events on the route to putting on one final musical performance as the “Choir-and-sometimes-Badminton” club before their school is closed down to make way for a development project. The anime captivated me when I first watched it, and since then, very few slice-of-life anime have had quite the same impact. There are several reasons Tari Tari stands out from other anime in this category, starting with its characters. Focus is predominantly on the female characters; Konatsu, Sawa and Wakana each have a few episodes where their individual problems are brought into the spotlight, and regardless of whether it is Sawa’s aspirations to become a jockey, Wakana’s struggle to come to terms with her mother’s passing or Konatsu’s desire to do something grand with music before leaving high school, each story emphasises that support from friends is precisely what allows everyone to overcome a problem they would not likely have rectified on their own. Even though Taichi and Wien have proportionally less time, their own struggles are presented adequately. Taichi aims to become a professional badminton player, while Wien finds himself out of place in Japan, having lived in Austria previously and wishes to fit in more with the others. Similar to the girls, Taichi and Wien learn to find themselves with everyone’s support. Ultimately, the journey everyone takes together leads them to become closer friends with one another, and their determination to end high school on a positive note results in an uplifting performance that brings the the entire school together. 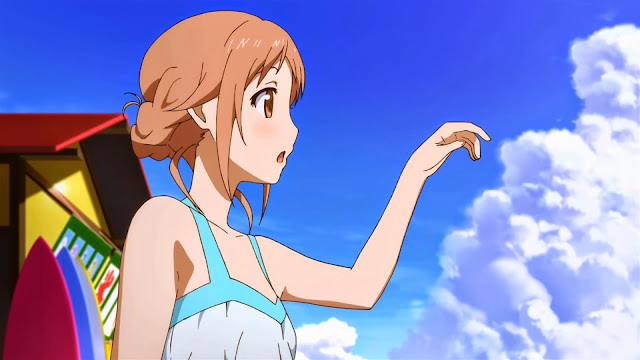 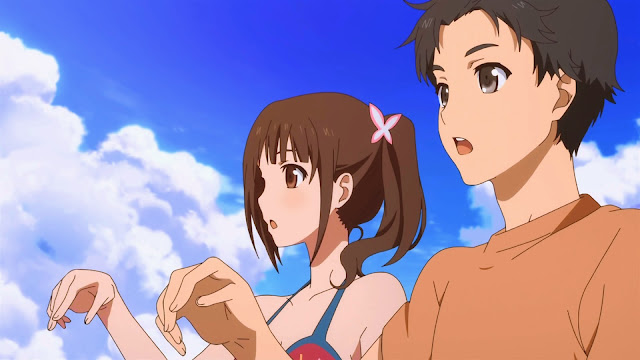 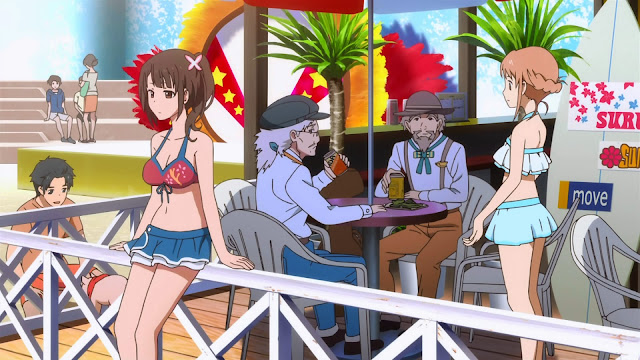 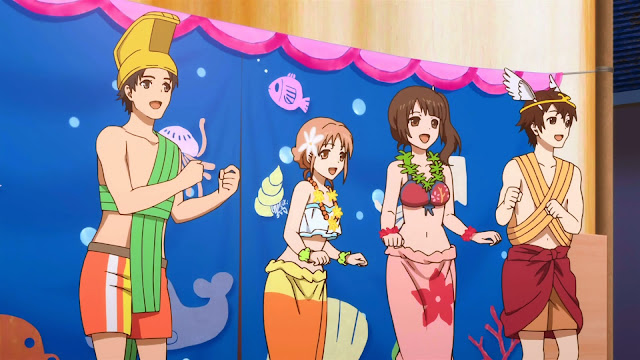 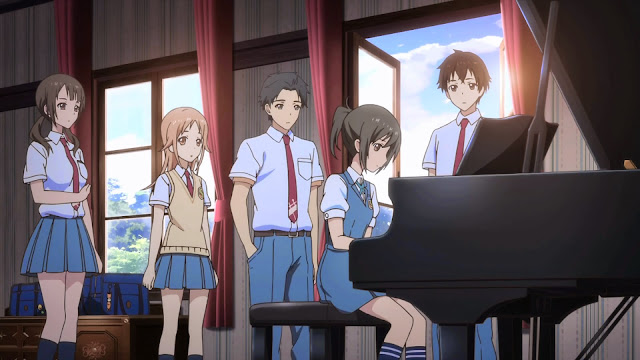 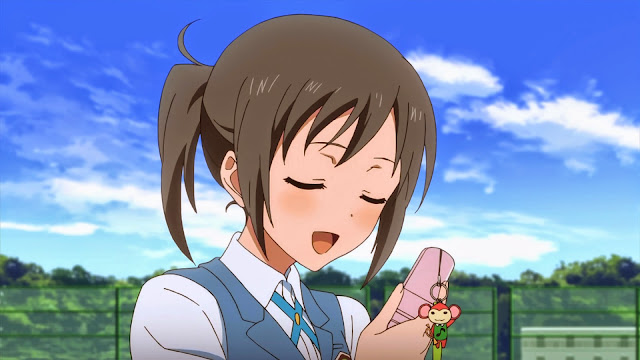 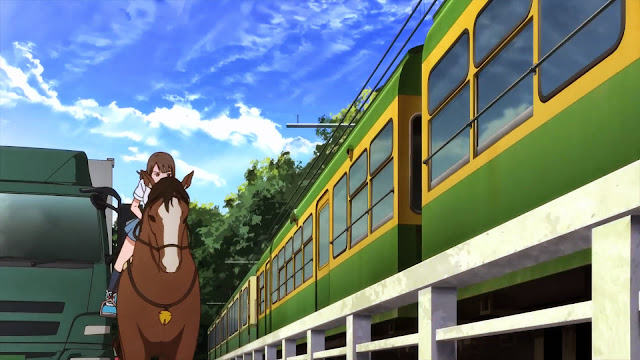 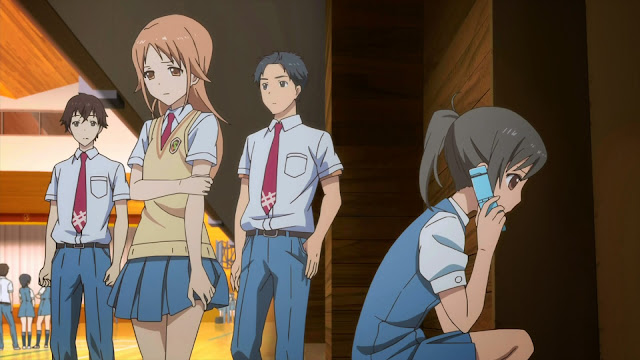 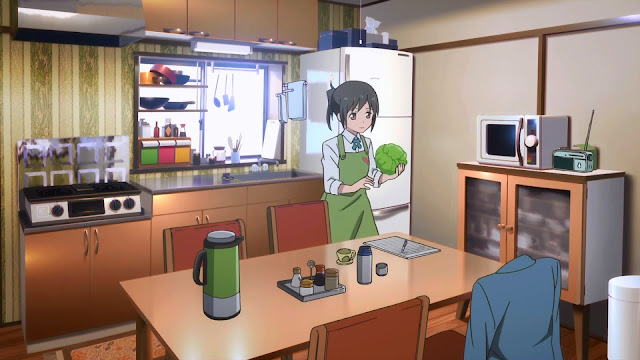 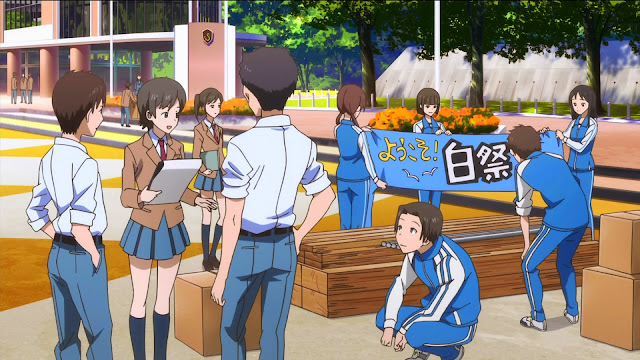 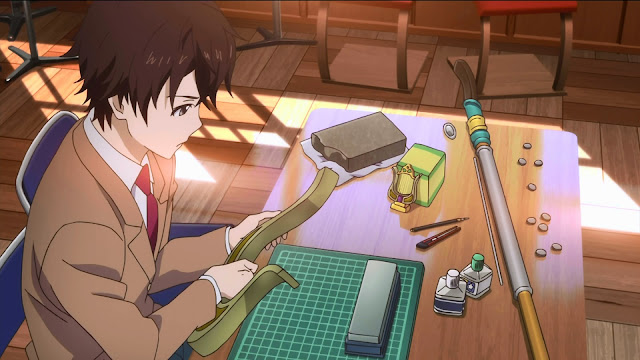 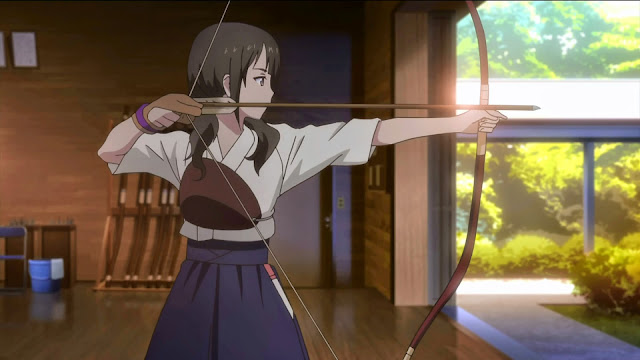 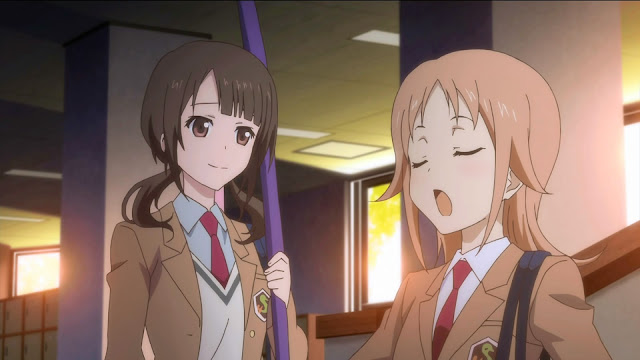 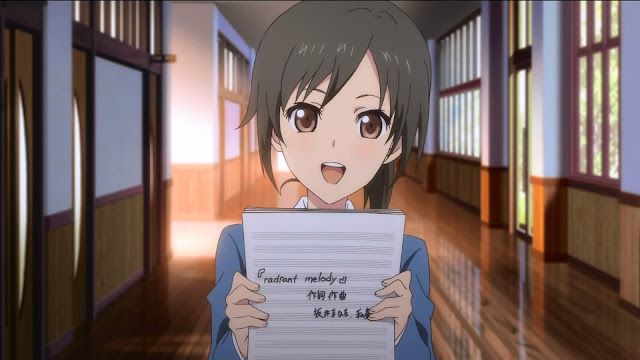 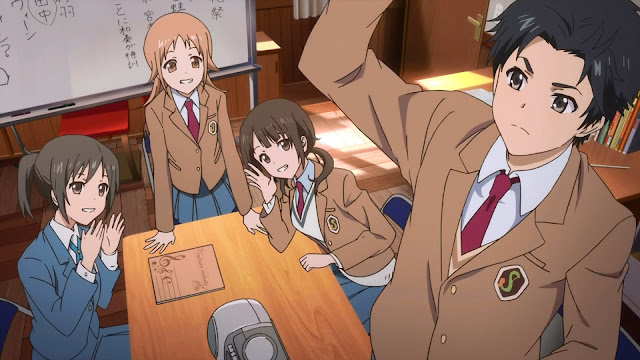 Despite the name Tari Tari translating roughly to “This and That” in English, and episodes being about a variety of topics, there are two central themes in Tari Tari. The first theme is the notion that high school students desire to leave their secondary education with a more solid sense of self; understanding that being an adult means to take up more responsibility for themselves, students may view high school as a period of freedom to explore and have fun. Thus, when graduation from high school approaches, individuals would like to both have an idea of what their futures entail. Tari Tari explores this element in great detail, taking the care to illustrate how each character has their own difficulties, and how friendship is ultimately the key to helping everyone find their paths again. For instance, Wakana is very aloof and does not open up to Sawa, Konatsu and the others until nearly half the season has passed. Through some prodding from Konatsu, Wakana becomes more open about how she feels, and learns to both accept her mother’s passing, rediscovering her passion for music in the process. Similarly, Sawa’s dreams of becoming a jockey are persistent, and despite discouragement from her parents, her determination leads her to put her own body at risk (as a result of dieting without professional guidance, she faints while on horseback during training). The lengths Sawa is willing to go to for the sake of her dreams finally reach her parents and her friends, who decide to give her their full support. However, in Tari Tari, there are five disparate characters, with five different goals. These individuals would not likely have met were it not for music, which forms the second theme. Through drawing characters together, music is presented as a unifying force, being a non-verbal form of communication that transcends linguistic and cultural barriers. Konatsu loves the Condor Queens, the band who piqued her interests in music; their music is in Spanish, but she nonetheless loves their music’s composition and energy. Similarly, despite feeling out of place with Wien’s strong interest in Super Sentais, everyone fits into their roles just fine, singing to promote the community market. Music is something that conveys emotions and tenor far more effectively than words alone, and ultimately, Wakana, Konatsu, Sawa, Taichi and Wien rally the entire school to help perform a finale, a swan song, just before their school closes. The term “swan song” is especially fitting for Tari Tari: originating from an ancient belief that swans give their best performance just before passing on (in life, they are typically quiet). Although the zoological aspects of this belief have no firm grounding, in Tari Tari, despite having never performed in such manner previously, efforts from Wakana, Konatsu, Sawa, Taichi and Wien ultimately rallies the entire school together and perform a concert for the community before their school is closed, conveying their hope for the future. The lyrics in the song, “Radiant Melody”, promises that difficulties now will clear up for a better tomorrow, and when Tari Tari ends, a bright new future is exactly what every character is stepping into, having spent the anime working their hardest to earn such an opportunity 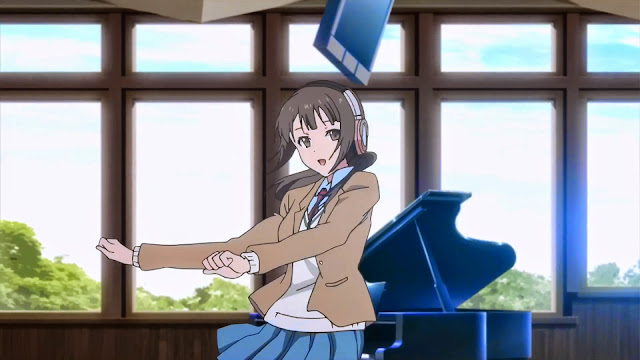 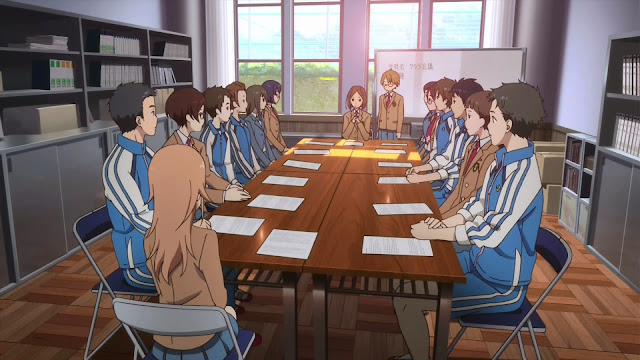 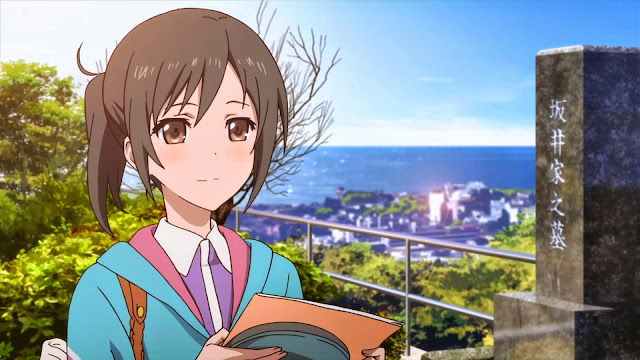 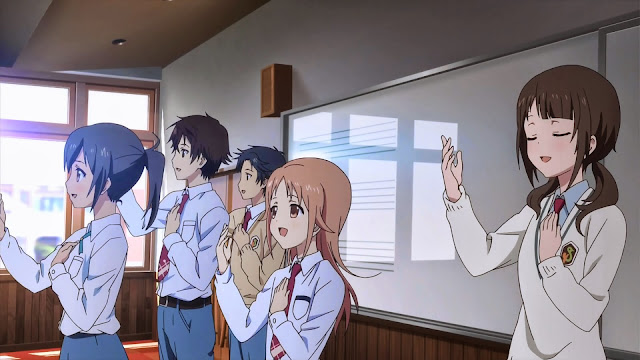 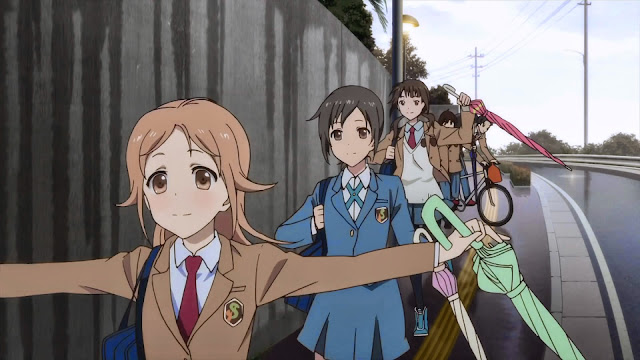 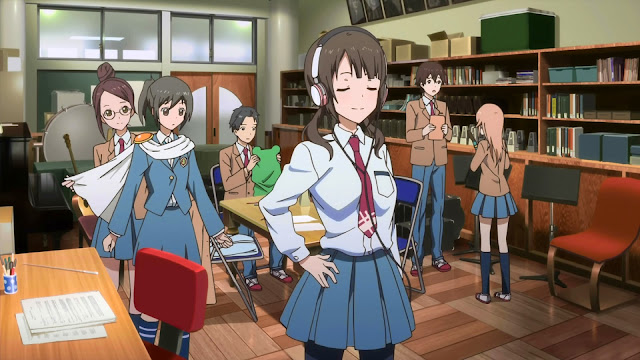 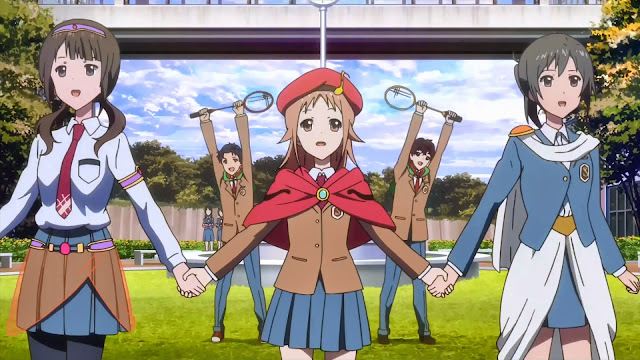 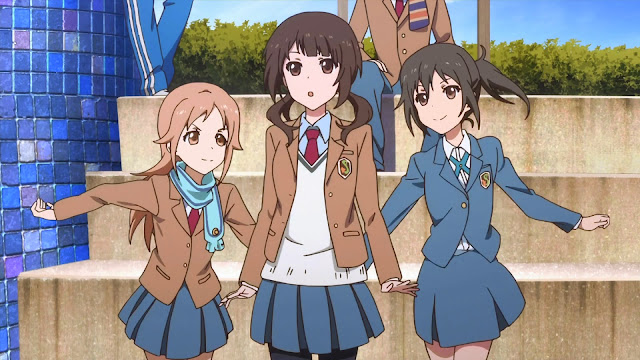 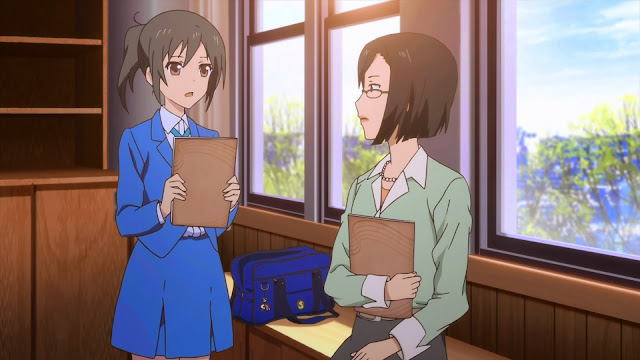 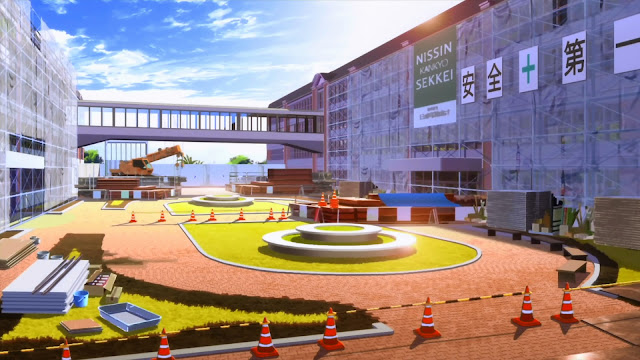 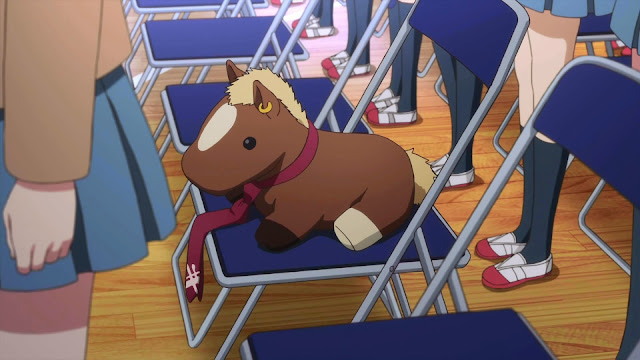 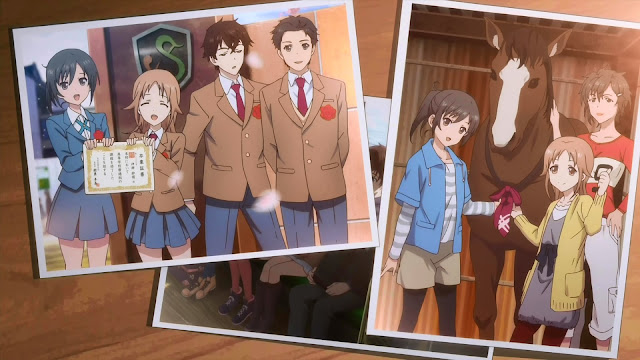 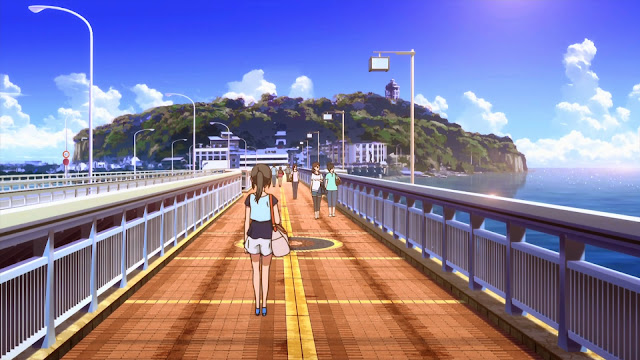 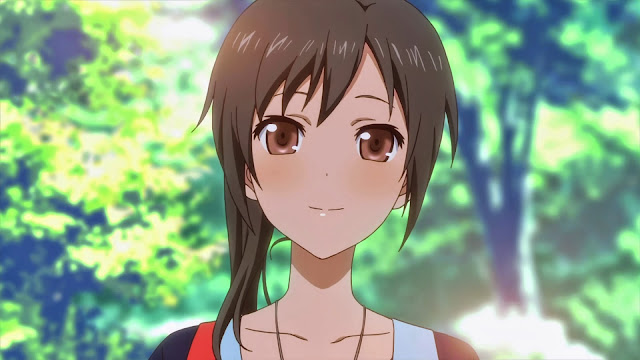 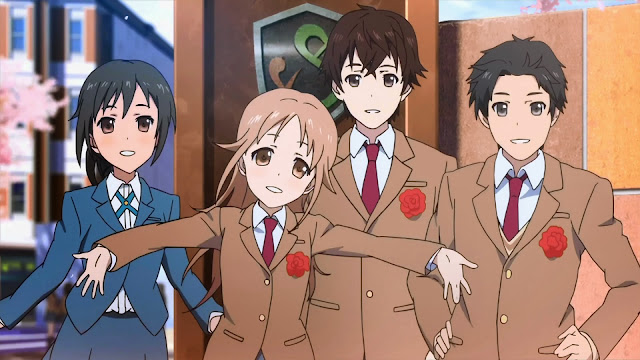 Tari Tari, ultimately titled for being about everything and nothing, presents to viewers a story that will evoke memories of their high school days. From a technical perspective, Tari Tari had superb animation and artwork, with details paid to every scene to ensure it fit with the moods. The background music does a likewise job of evoking a specific emotion for a scene. Between a solid execution from this end, Tari Tari‘s composition allows it to proceed at a purposeful pace, with every character gaining exposition to give their role additional relevance to the viewer. After seeing everyone’s individual story, every character feels alive, consistent with what one might expect a high school student to be like. Viewers will find themselves relating to the characters, recalling their own experiences in high school. For me, in my final year of high school, I was just admitted to the university’s Bachelor of Health Sciences honour program, and my swan songs included preparing a slideshow for the graduation party, as well as the yearbook. It’s been many years since then, but the concepts of friendship and doing grand things have remained with me: these are the sort of life lessons that endure regardless of where one is in life, and Tari Tari is able to capture all of these genuine, heartfelt emotions about life as a student, showcasing the desire to do something spectacular, and how powerful music can be. These messages are timeless, and although Tari Tari might be two years old now, it remains one of P.A. Works’ more solid slice-of-life anime. Now, my original talk at the old website discussed themes of friendship in a similar vein, but I never did get around to speculating about the future, as I am wont to do now. Given that two years have passed, and P.A. Works have not made a single announcement about Tari Tari beyond a seven-minute short, I imagine that a continuation, either in the form of a second season or movie, probably will not be a reality. While I would have liked to see the characters get back together a year after their graduation during the summer to explore more about themselves and their friendship (especially the growing romance between Sawa and Taichi), Tari Tari ended on a superb note, and a continuation might not be viable or necessary.

3 responses to “A Tari Tari Review: Reflections and a Full Recommendation”