“Humour is the weapon of unarmed people: it helps people who are oppressed to smile at the situation that pains them.” —Simon Wiesenthal

This season’s most unusual and amusing comedy comes to a close. Sabagebu! is an anime that I had entered with no expectations: beyond the basic understanding that Sabagebu! was about survival games, I was not sure which direction the anime would take. Previously, I had been anticipating something not dissimilar to that of Stella Women’s Academy: High School Division Class C³, where a new student joins the school’s survival game club and subsequently learns the value of friendship and teamwork over victory. However, even after just one epiosde, Sabagebu! makes it clear that things are not so cut-and-dried. The anime is simply not meant to be taken seriously, and Sabagebu! goes to great lengths to remind audiences that it is not intending to take itself seriously. The end result is an anime that goes against convention; anime veterans will be surprised to be continuously told that the combat sequences are elaborate figments of the girls’ imagination, and the narrator will often mention that any incredulous moments in the anime can exist because this is fiction. In other anime, such moments lead to ceaseless discussions about whether or not certain things made logical sense, but Sabagebu! immediately encourages viewers to simply enjoy the scenes as they happen, rather than attempt to analyse or interpret it. 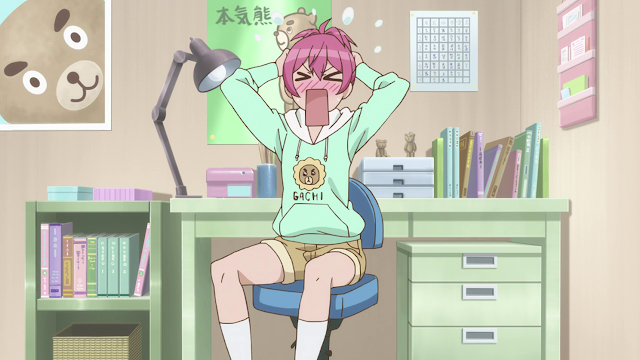 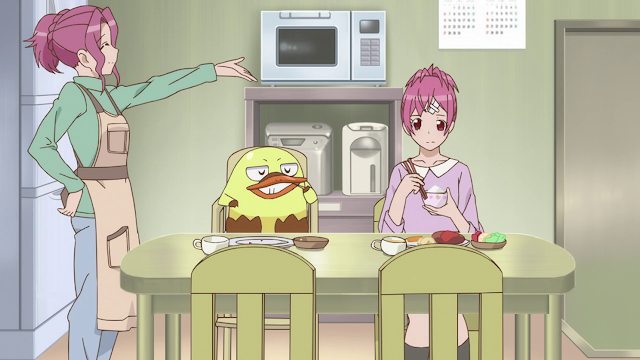 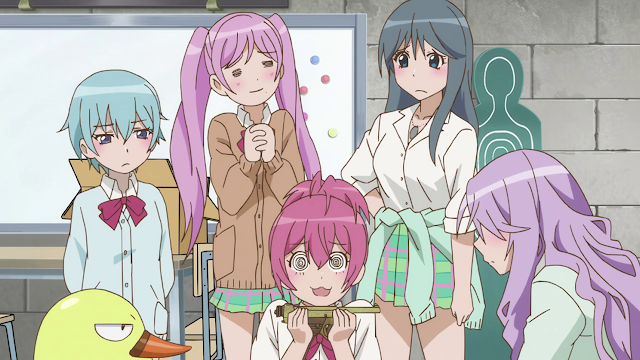 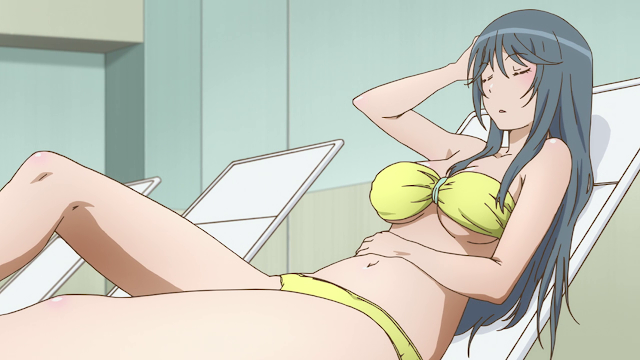 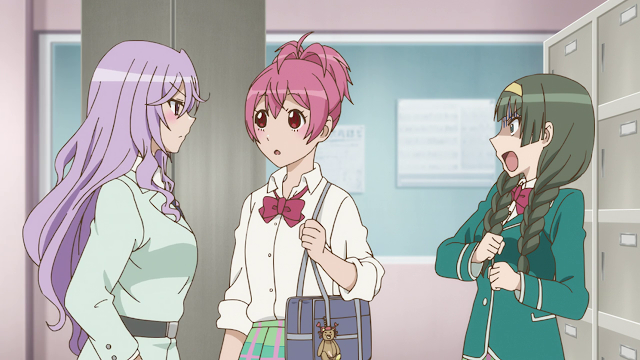 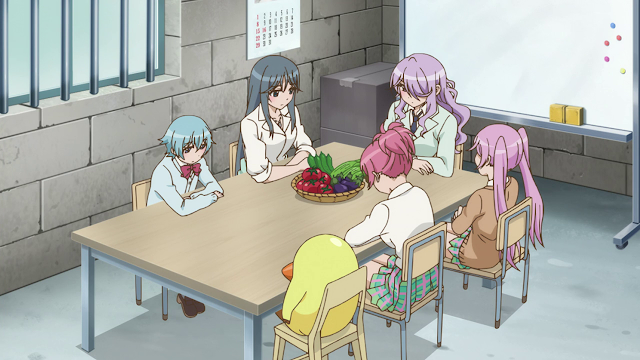 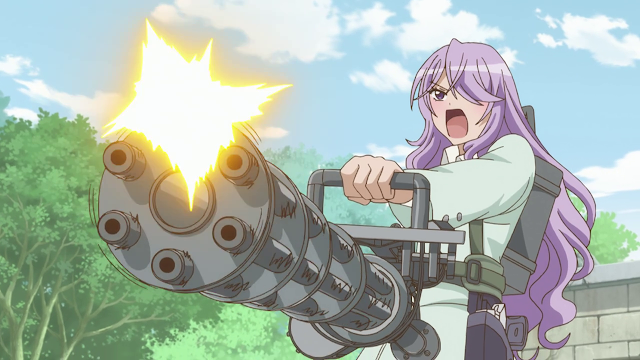 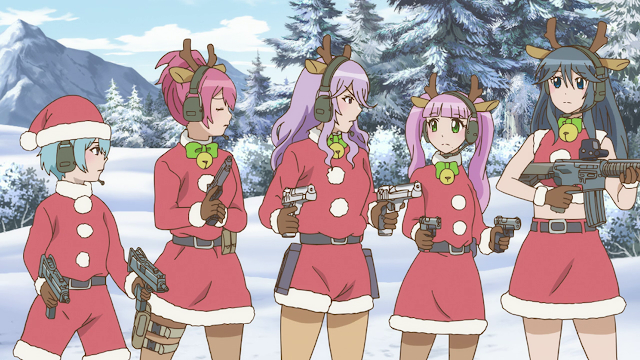 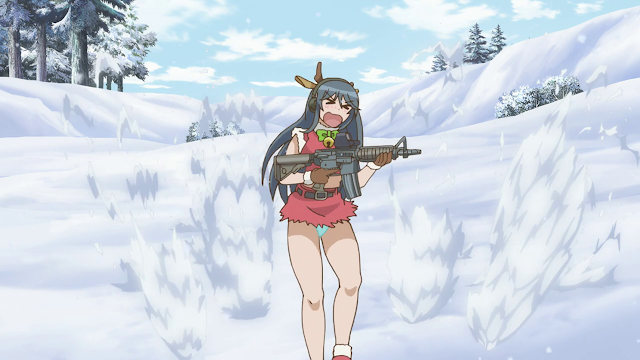 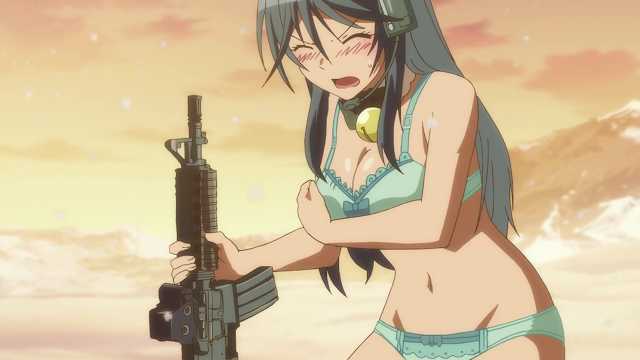 While Sabagebu! might defy all convention and is purely driven by black comedy, after twelve episodes, it becomes clear that even in such an outlandish anime, participation in high school clubs (in Japan) is meant to be a beneficial activity for students, enabling personal growth. Momoka’s experiences with Miou, Maya, Kayo and Urara leave her with a stronger impression of what friendship is. Assuming the narration holds truth, Momoka was not particularly sociable previously, but by the finale, in a firefight against the National Survival Games organisation, the others reveal that her presence in the club adds a unique spice to things and the club wouldn’t be as lively in her absence, even for all her faults. Thus, the typically self-centred, vindictive Momoka is presented as being capable of sincere emotion as well, in contrast to her usual personality. This depiction probably stems from the motivation behind most clubs in Japanese high schools, which are to foster mutual cooperation and trust by means of sharing a common activity. Numerous anime depict after-school clubs (including K-On!, Haruhi, Girls und Panzer, Tari Tari, Tamayura, OreGairu and Haganai) as activities that bring club members closer together and/or aid them in rediscovering themselves. The fact that even something like Sabagebu! ultimately is able to do the same, is a reminder of how clubs are viewed as a positive aspect within the Japanese education system. 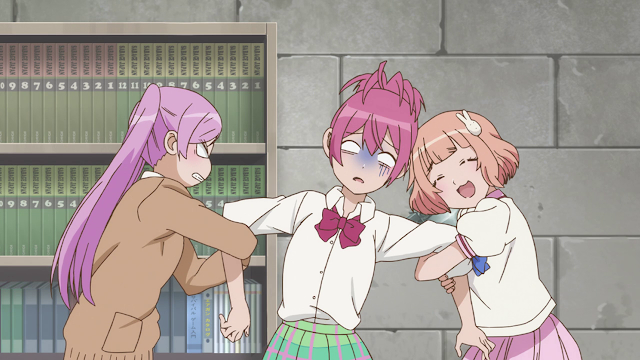 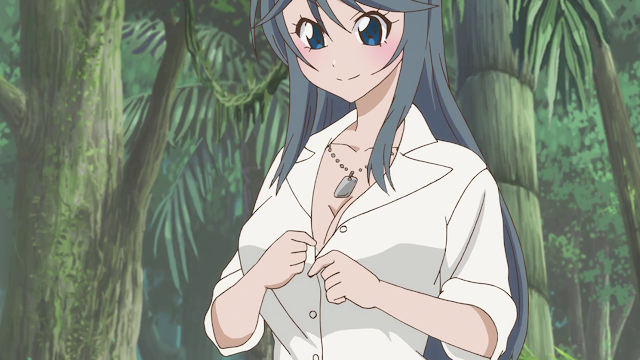 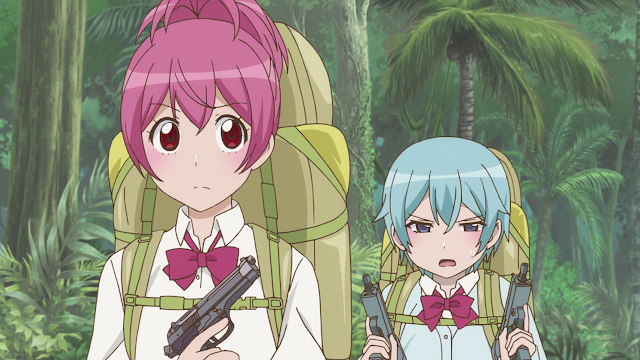 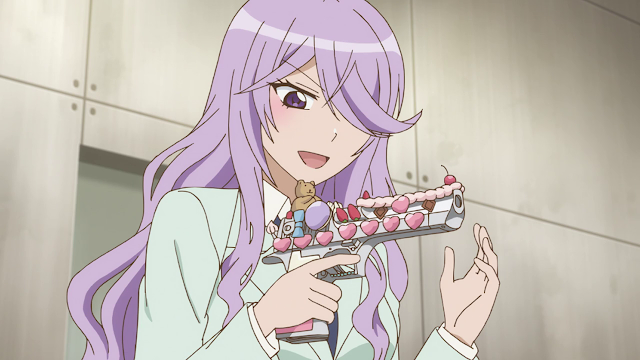 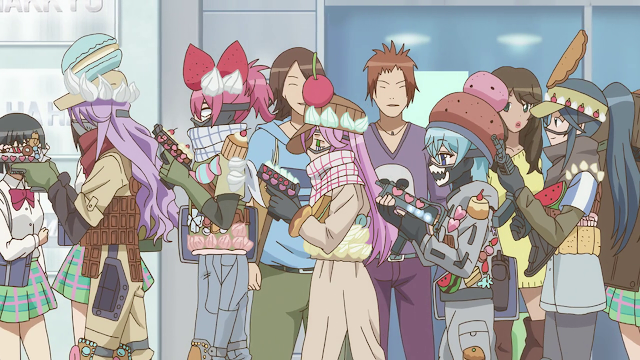 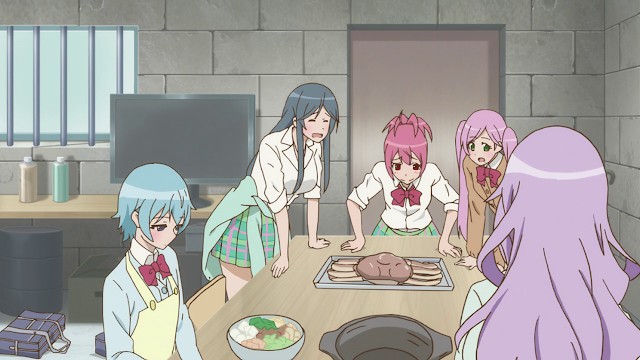 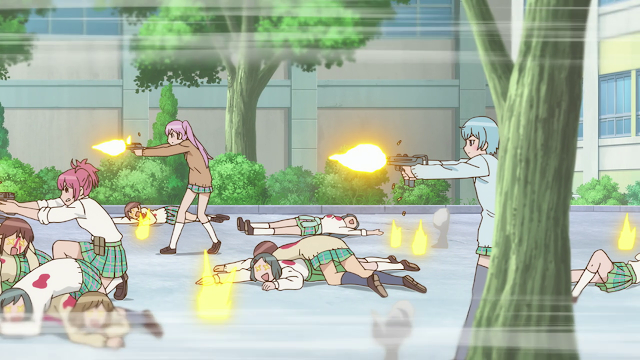 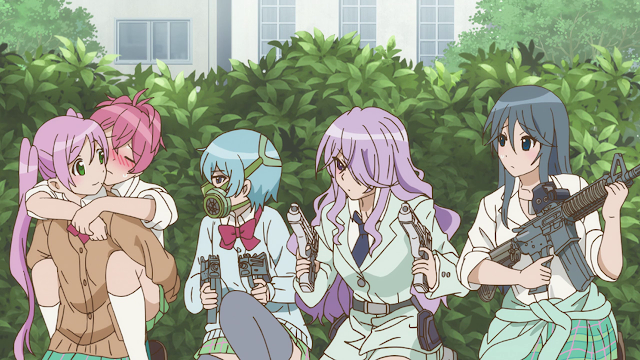 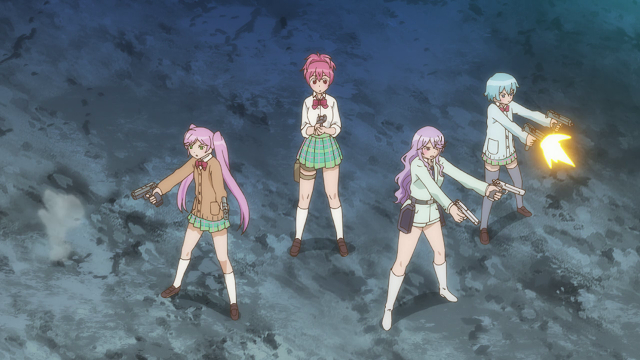 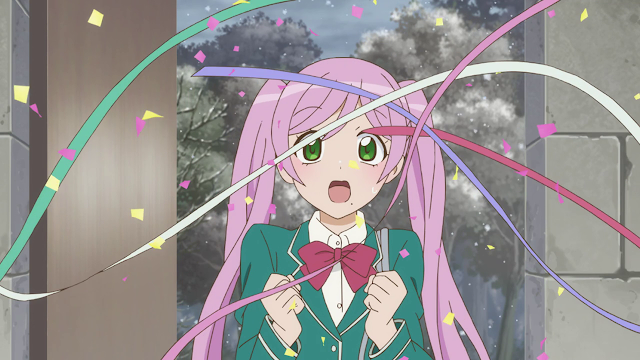 Any talk about Sabagebu! cannot ignore the overwhelming presence of over-the-top, often macabre comedy that is present in the anime. Consisting of a number of shorts, each segment has limited continuity with the others, and although some things do carry over (most memorably, Lemon and Momoka’s weight-gain, for the most part, the things that happen (whether it be alien survival game participants, the downed helicopters from a botched attempt to save Urara from the edge of the school, or the Survival Game Club’s effort to gain hunting licenses to save a village) tend to stay within the episode. Sabagebu! follows Fry’s paradigm about good television: “at the end of the episode, everything is always right back to normal”. In doing so, the sheer ridiculousness of each moment drives home the fact that, yes, Sabagebu! is meant to entertain and that having a logical flow is by no means necessary or sufficient for an anime to bring a smile to the viewers.