“Fear keeps us focused on the past or worried about the future. If we can acknowledge our fear, we can realize that right now we are okay. Right now, today, we are still alive, and our bodies are working marvellously. Our eyes can still see the beautiful sky. Our ears can still hear the voices of our loved ones.” —Thich Nhat Hanh

With the Gun Gale Online (GGO) arc now over in Sword Art Online II, it seems appropriate to take a step back and look back on how the first half has fared thus far. The impressions for the GGO arc are positive; this arc manages to keep things exciting throughout its run through a fine balance between combat and exposition. After the setup we’ve seen in Sword Art Online II‘s first half, the second half concerns the Battle of Bullets tournament. Sinon and Kirito form a tentative alliance to stop Death Gun, and as the tournament progresses, Kirito deduces how Death Gun is committing the murders, as well as recalling which Laughing Coffin members might have been the perpetrators. Kirito and Sinon open up to one another, and after formulating a meticulous plan, move to engage Death Gun. The confrontation between Death Gun and Kirito is a thrilling one; despite initially having an edge, Kirito manages to overcome him, although Death Gun, or “Sterben” (derived from Old High German “sterban”, “to lose force; lose sensibility, become numb; be dead, be motionless”), claims that their fight is far from over. Even so, with Death Gun temprorarily defeated, Kirito helps Sinon come to terms with her past, learning that she saved the postal worker, who happened to be pregnant with her daughter at the time. 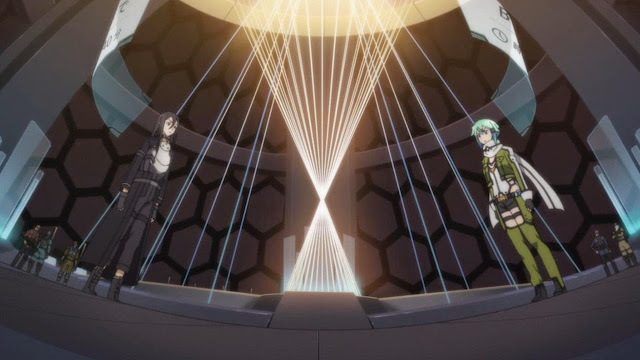 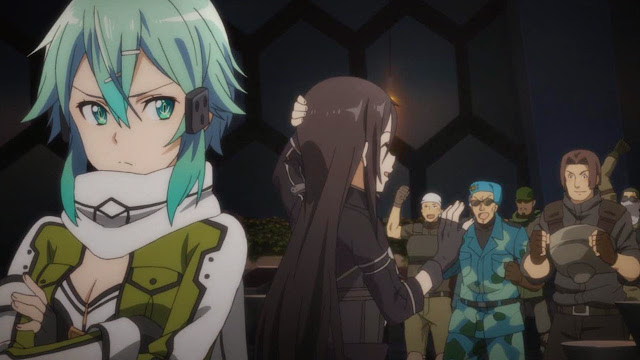 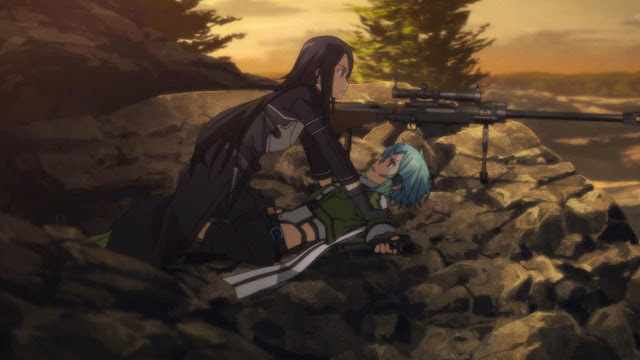 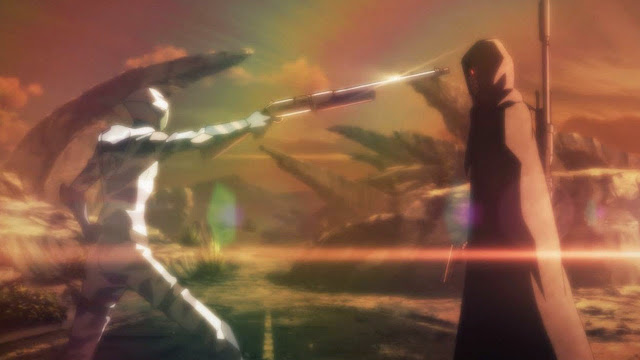 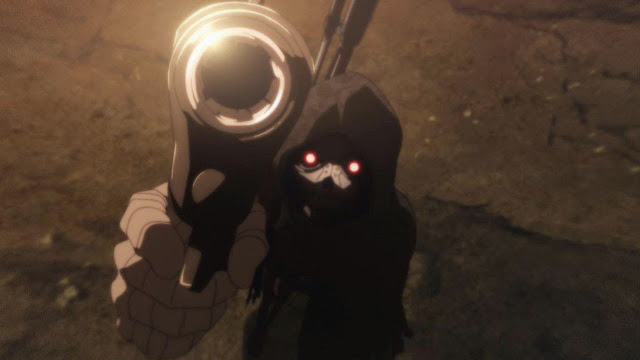 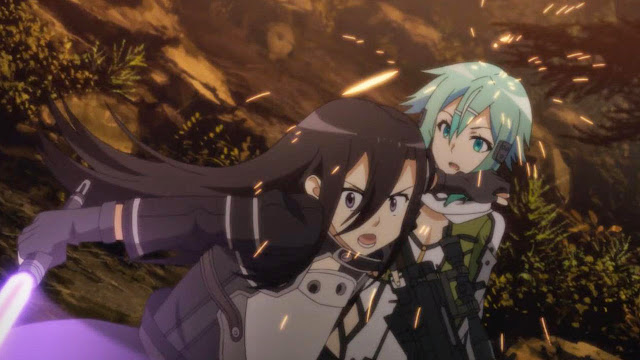 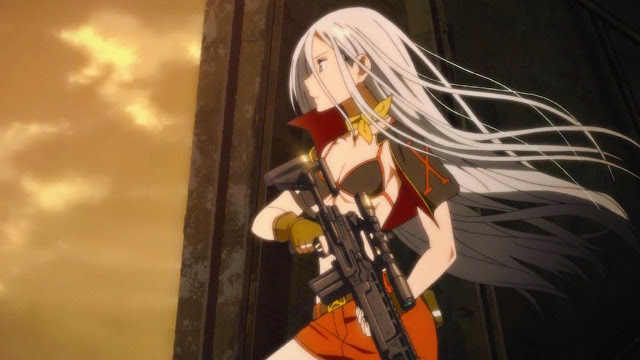 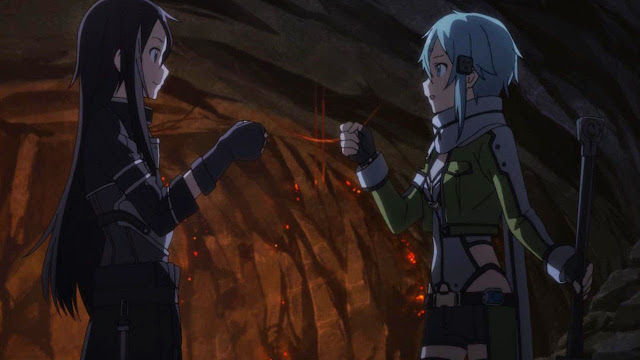 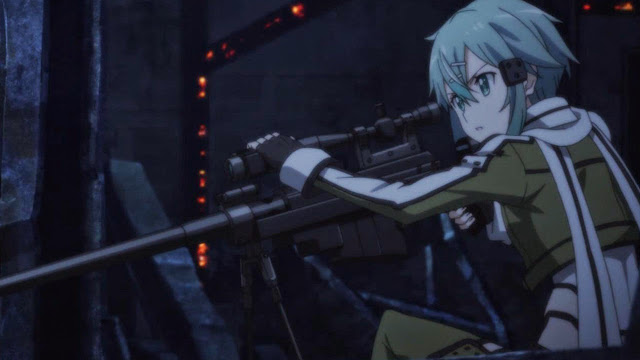 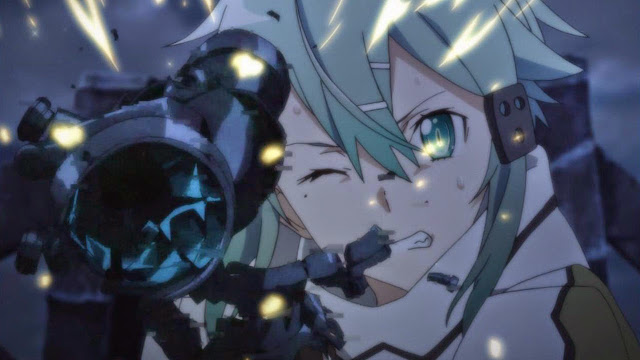 If Sword Art Online excelled with its first arc and was overall stymied by its weak second half, Sword Art Online II has, like its predecessor, impressed with the GGO Arc. The pacing of the episodes stand out, building anticipation and leaving the audience with a strong inclination to watch the next episode. In particular, what stood out was how Kirito was able to deduce Death Gun’s modus operandi just from watching his actions in-game. The cloak Death Gun carries is used to obtain players’ real world information (recall an earlier episode when Sinon informs Kirito that players must use their information if they wish to earn money in-game), and Death Gun’s signals can be captured by cameras, which would signal to an accomplice in the real world to inject the victim with a drug. Careful timing subsequently gives the illusion that Death Gun can kill players from in-game. While the anime does not explicitly mention the name of the compound used, the light novels identify the drug as succinylcholine. Typically used as a muscle relaxant to induce paralysis, a sufficient dose succinylcholine stops the heart. Succinylcholine is better known for its usage as an untraceable agent The Campus used to assassinate high value targets in Tom Clancy’s Teeth of the Tiger, the Sword Art Online variant probably was also intended to be broken down by esterases into acetylcholine, making it difficult to prove the drug was used as a murder weapon. In reality, succinylcholine decomposition would produce distinct, detectable products (and the fact that the drug is difficult to obtain); this is of little object for The Campus, and in Sword Art Online, it appears to be of little consequence and is the likely agent the murderers used. This sort of detail, though subtle, does add to the sense of urgency in Kirito’s mission. 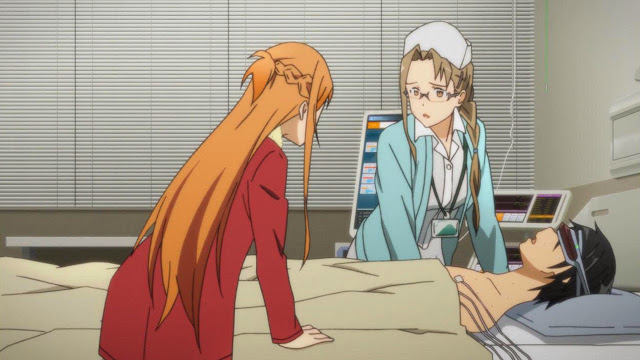 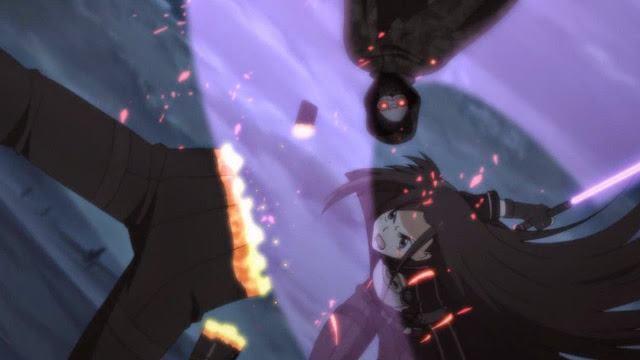 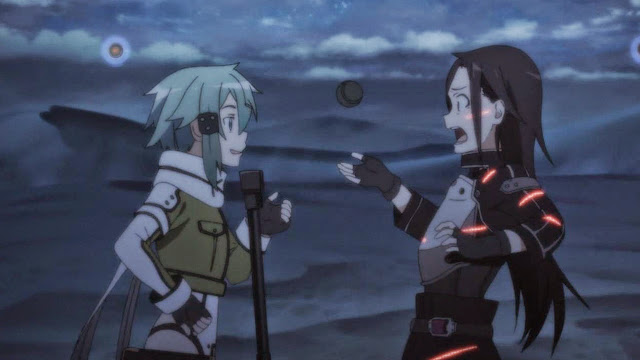 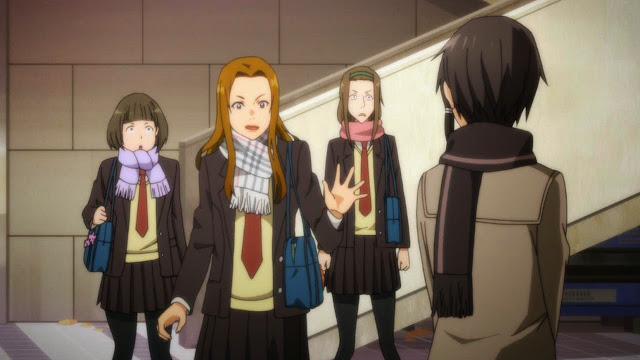 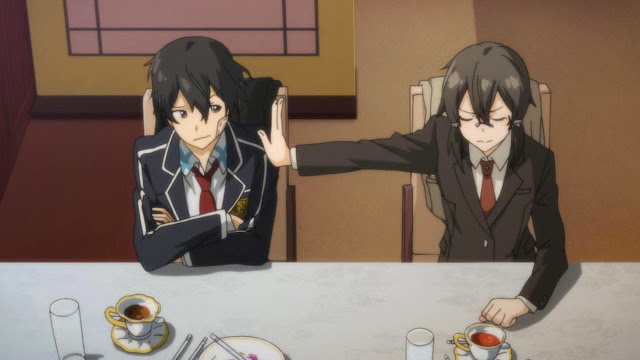 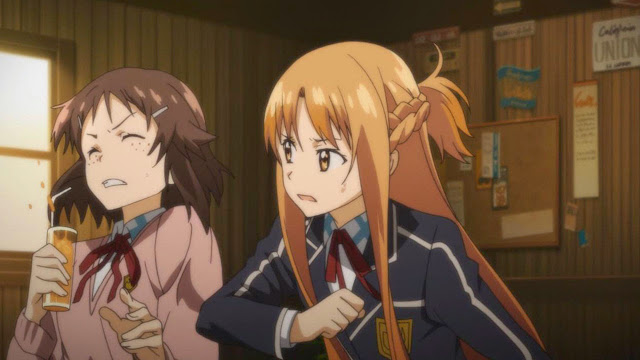 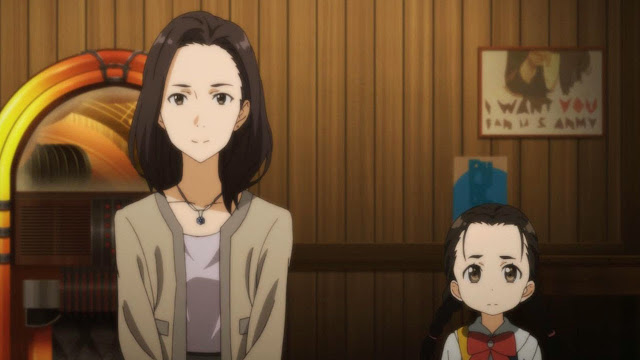 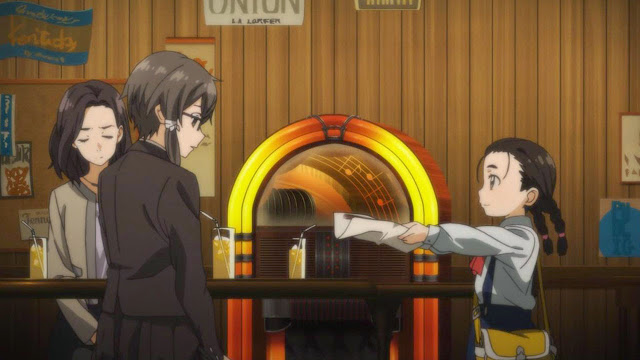 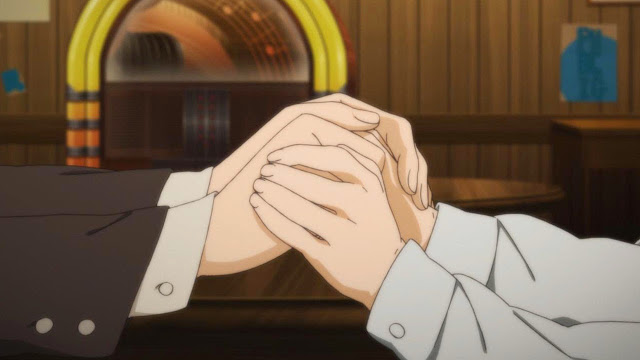 Shōichi and Kyōji, the two known participants in Death Gun, are institutionalised, after Kirito defeats them in GGO. The story behind their motives is tragic, reflecting on the sort of outcome that may arise from a family with high expectations. Shōichi was physically weak and was a member of Laughing Coffin, while Kyōji, already burdened with entering medical school, saw Shōichi as a hero and no longer wished to be a part of the real world. These sorts of backstories add a bit of realism to the antagonists; while their actions are despicable, it’s not difficult to imagine individuals succumbing to academic and career expectations, especially in a culture as driven as Japan’s. Thus, when all of the parts come together, Sword Art Online II‘s GGO arc winds up being an excellent watch that brings back memories of everything that was well-executed in Sword Art Online. The second half is set to begin in less than a week (this week was a recap episode), and it is with anticipation that I look forwards to seeing what will happen next in what is expected to be the UnderWorld Arc, the latest instalment in Sword Art Online.