Shirobako- Review and Impressions After Three

“The achievements of an organization are the results of the combined effort of each individual.” —Vince Lombardi

Shirobako is P.A. Works’ title for this season. Stepping away from love stories and Newtype phenomenon, Shriobako follows Aoi Miyamori’s role as a production assistant at Musashino Animation, a fictional anime studio. Having followed through with her promise to her high school friends about entering the anime industry, Aoi finds that an occupation in anime is both hectic and rewarding, as the company goes about completing all of the necessary components that goes into making a show. As animation and artwork falls behind, or when the director desires a change in execution at the last minute, things look particularly tough, but this is balanced out by the moments where things do fit together and the final product is ready to air. After three episodes, viewers have seen an approximation of daily life at an anime studio is like; while it is a little unorthodox experience to be watching an anime about producing anime, Shirobako is quite refreshing to take in, giving viewers an idea of the kind of effort that does go in to producing anime behind-the-scenes. 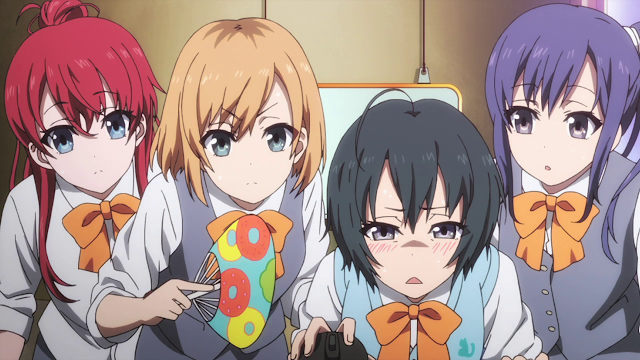 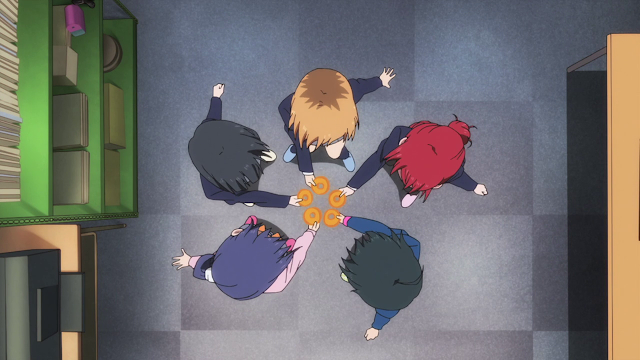 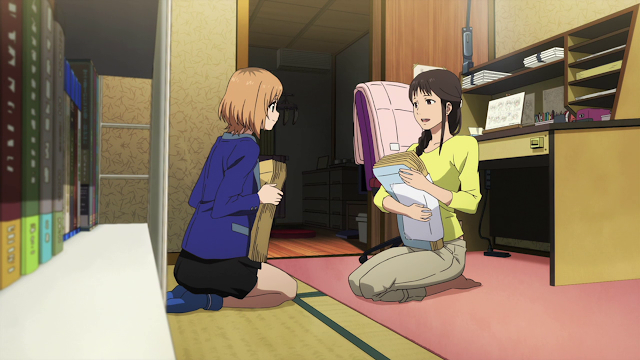 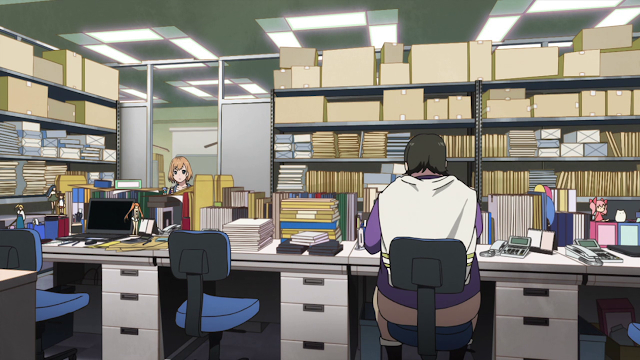 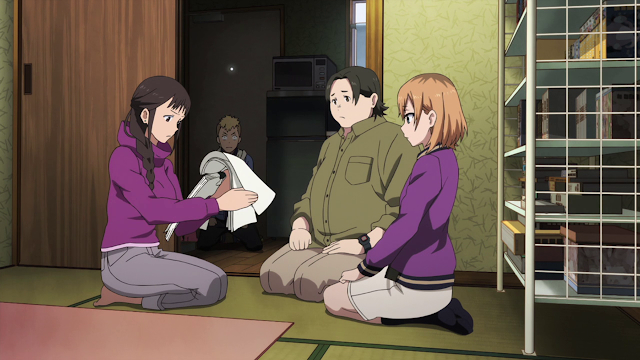 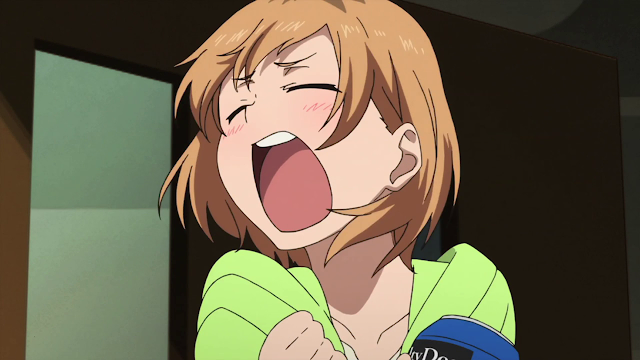 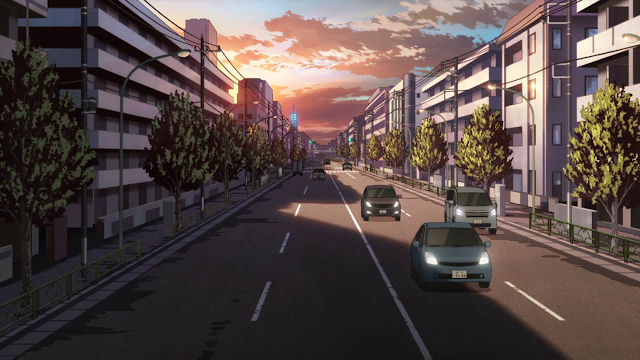 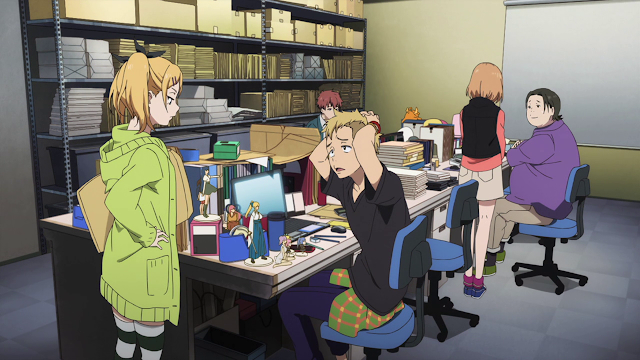 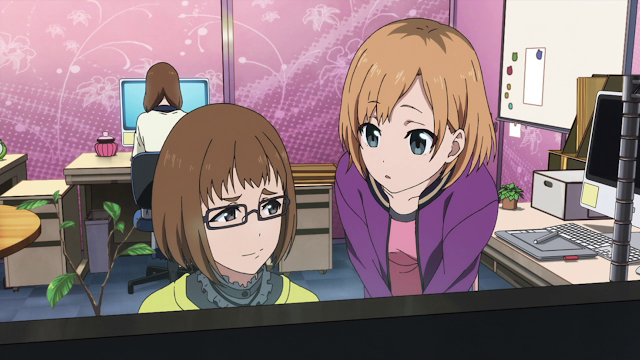 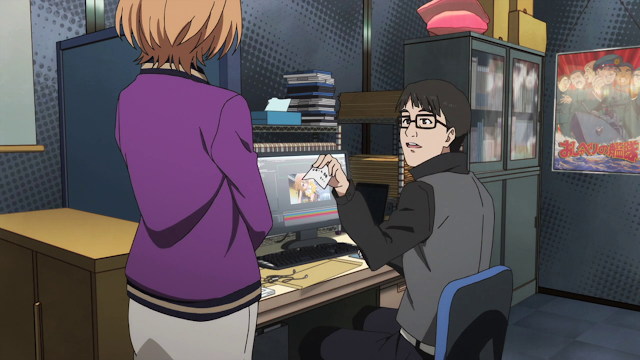 It’s clear that Shirobako is meant to be a dramatisation of the animation industry in Japan, but even then, the atmosphere that is present at Musashino Animation is remarkably convincing. Audiences typically are used to seeing anime coming out on a weekly basis, without ever appreciating the sort of work that happens in the back that makes the show possible. Thus, when delays occur, people would take to the internet and vehemently gripe about things without understanding what motivated the delay. Shirobako is able to present what happens from a fictionalised perspective, showing that making anime is a difficult and challenging process, from the character developement and story-telling, to artwork, animation and voice-acting. This is precisely what had happened during Girls und Panzer‘s original run, which was fraught with delays and saw the final two episodes delayed by nearly three months owing to production issues. However, when the episodes were released, audiences were left with a product that exceeded expectations and was worth the wait. Given that Shirobako is directed by Tsutomu Mizushima (who had previously directed Girls und Panzer), one wonders if his experiences with Girls und Panzer is shaping some of the events in Shirobako. 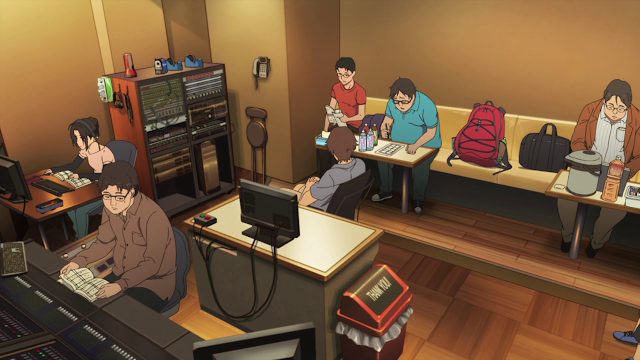 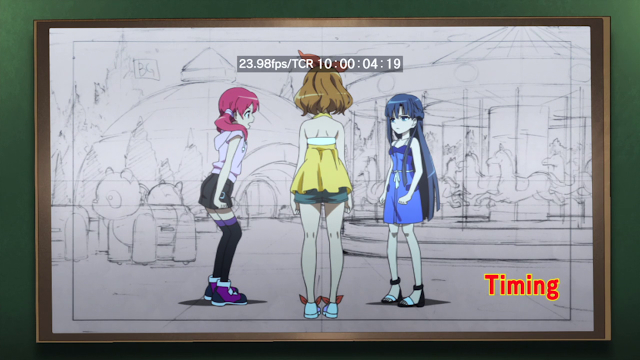 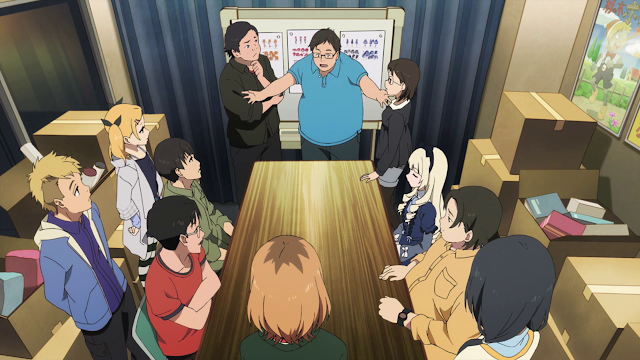 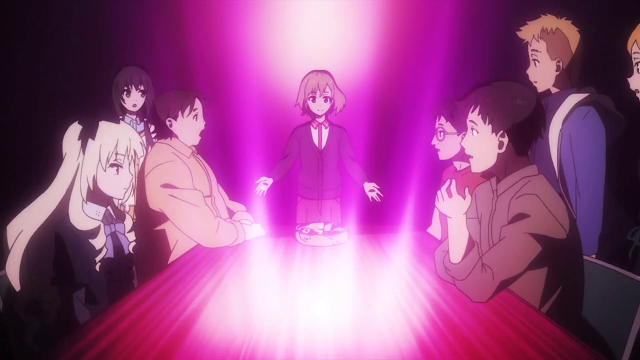 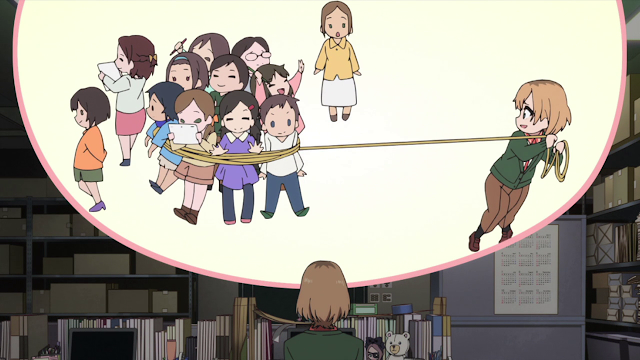 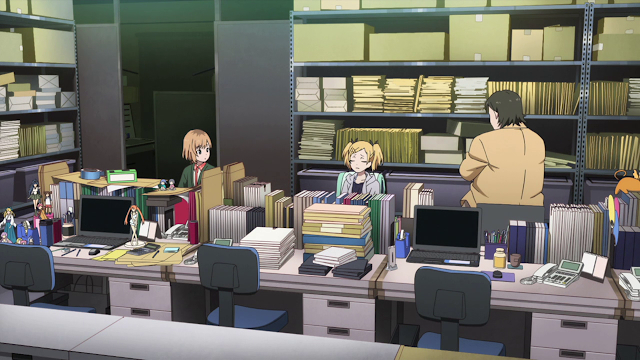 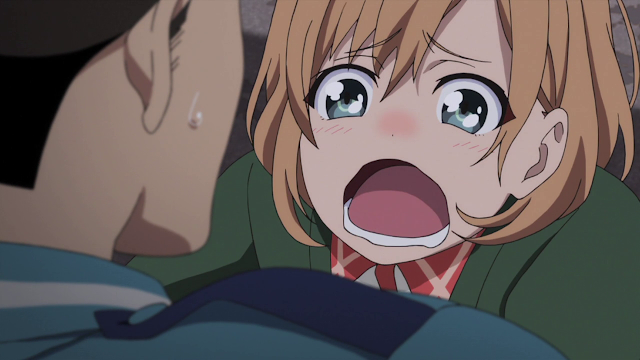 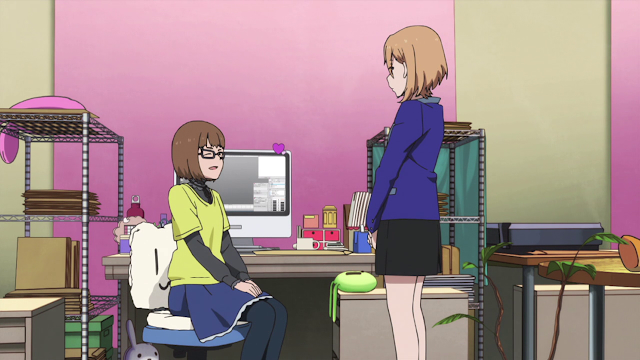 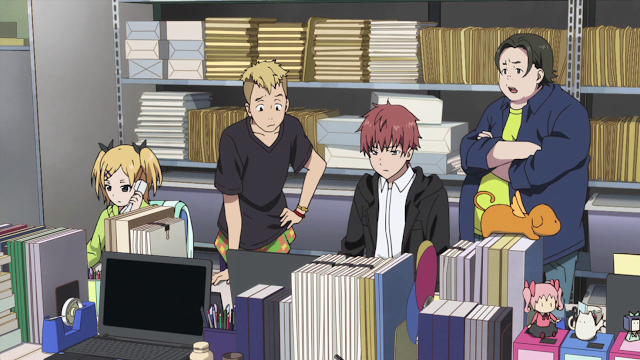 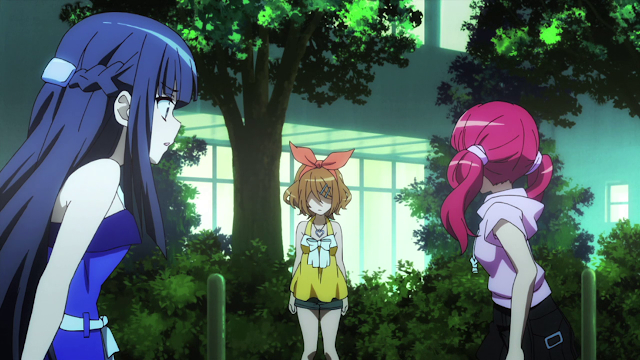 What’s seen in Shirobako is very welcoming, providing anime fans with (albeit a fictionalised) perspective on the anime production process. The interactions are largely consistent with those for a workplace, and while there are some moments that serve as a critique of the anime subculture and the industry in general, overall, this is a series that looks to be an adventure into anime production. From the looks of things, there will be twenty-four episodes, so there’s plenty of time to explore things. This additional time will probably be well-spent, since there are many characters. Consider that the number of characters is such that their names and roles are mentioned by means of subtitles when they appear on-screen. From what I’ve heard, many of the staff at Musashino Animation are inspired by real-world personel. After three episodes, I will continue to follow Shirobako, as it represents a much-needed break from love stories: there’s nothing wrong with these shows, but a change of scenery is good every so often.