A preview of Non Non Biyori season 2 through the manga

“The seasons dye the water, it shines in the colors of the rainbow. When I stopped to catch my breath, it disappeared; nndlessly pouring laughter, echoes like a song from far away.” —Nanairo Biyori (Rainbow-coloured weather), nano.RIPE

Announced back in April, it is not old news that Non Non Biyori is going to get a second season at some point in the future. Its first season was spent depicting the daily lives of Renge, Houtaru, Komaru and Natsumi in the peaceful, idyllic village of Asahigaoka in rural Japan. Over the course of twelve episodes and an OAD, viewers saw the kind of laid-back, easy-go-lucky life away from the hustle and bustle of urban areas: it is no surprise that Non Non Biyori (literally, “Non Non Weather”) is considered as an iyashikei anime, a subgenre of slice-of-life characterised by an exceptionally slow pace and an emphasis on the ordinary. There is a great deal of focus on landscapes, and calming musical pieces are liberally used to reinforce that things are going to happen slowly. As one of my favourite anime of the 2013 autumn season, it was quite welcoming to hear that Non Non Biyori was getting a second season. In my original reflection for the first season, I concluded the anime ended on a decisively positive note and did not speculate on whether or not a second season was a possibility. However, because the anime is an adaptation of an ongoing manga, a second season does not seem unreasonable: one imagines that the second season will follow the manga quite closely, so there is limited need to speculate on what will happen. 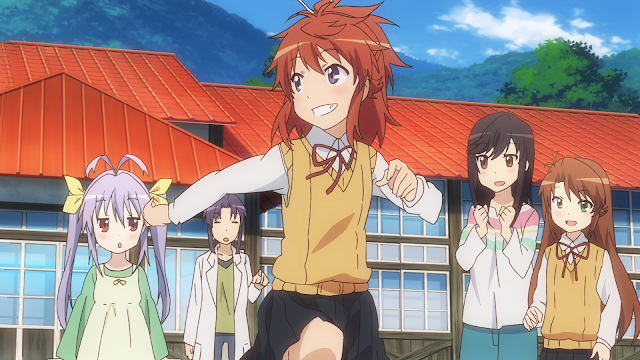 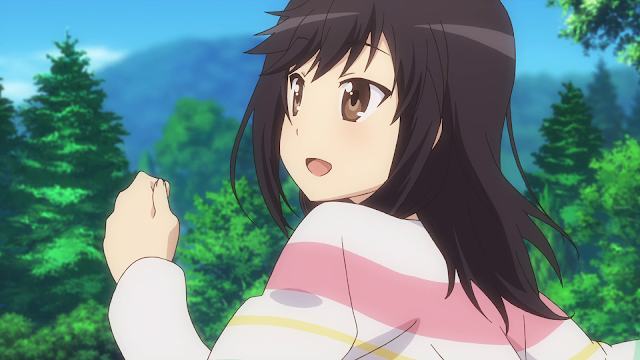 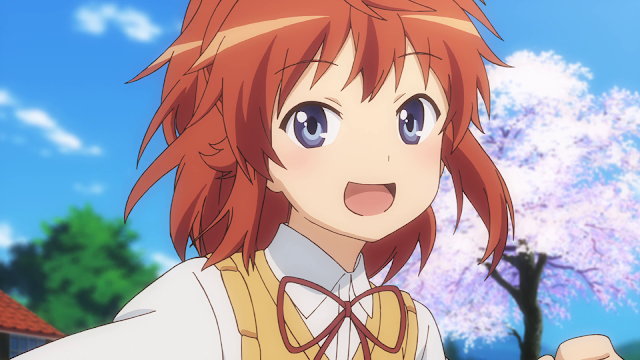 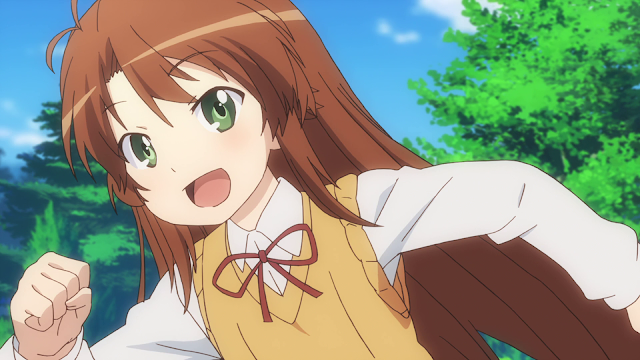 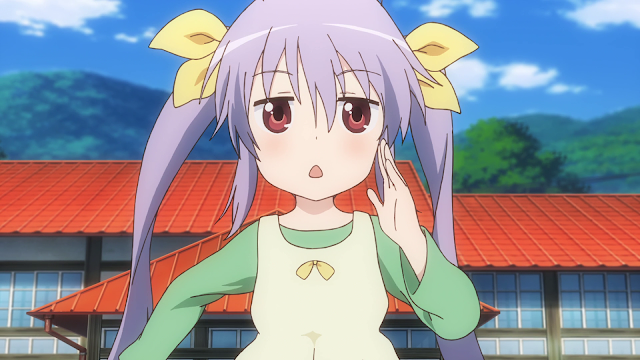 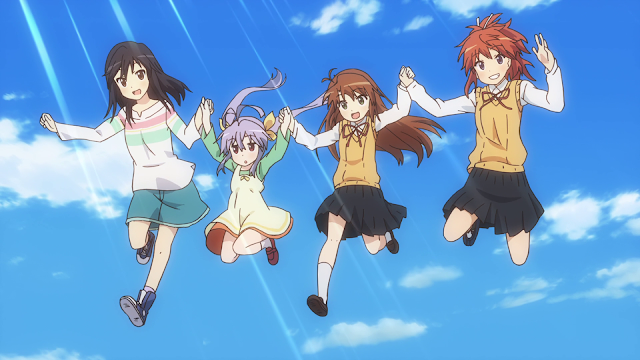 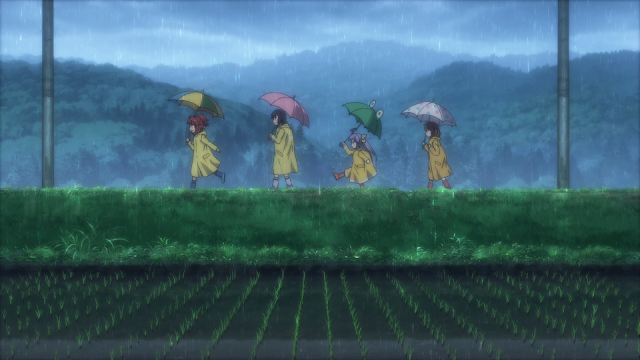 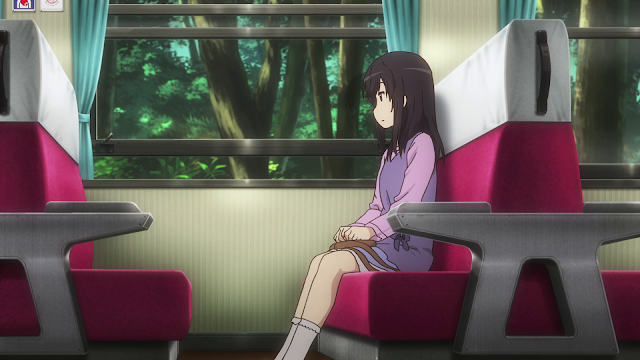 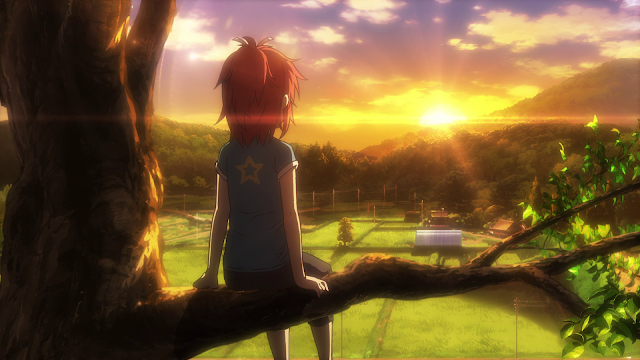 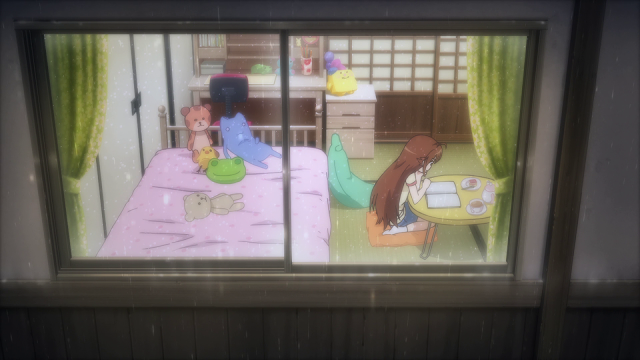 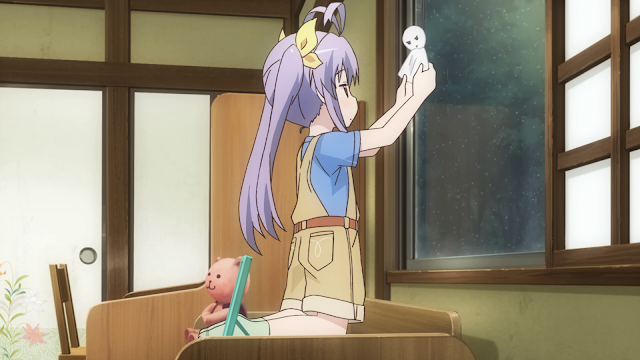 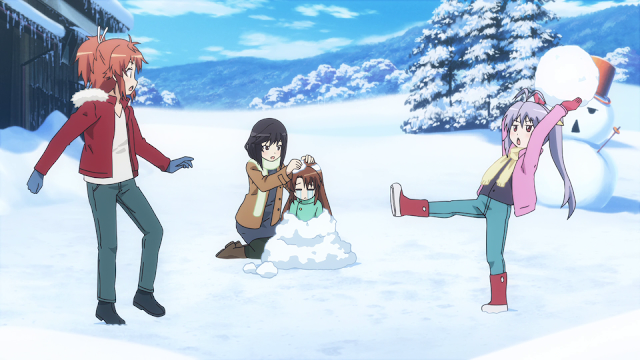 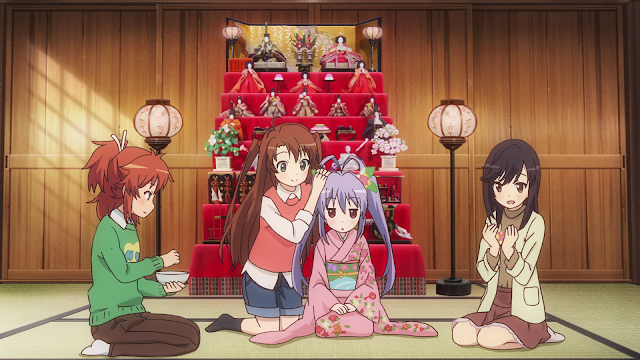 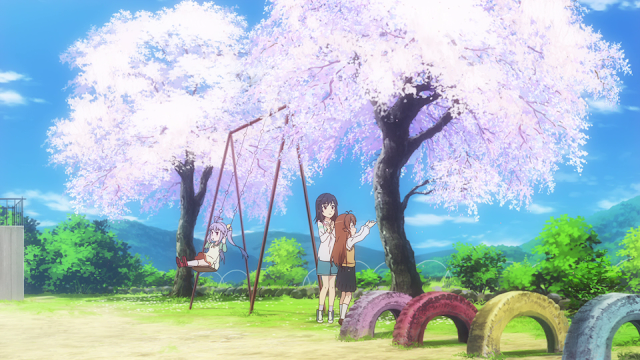 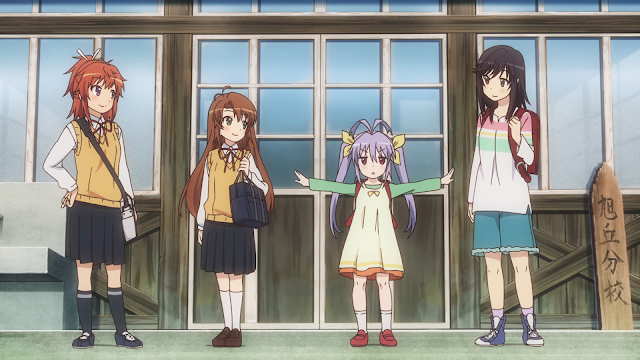 Recalling that the OAD was about the preparations for the Okinawa trip, the manga continues on with Okinawa. The anime will start with the plane trip there, viewers will be treated to a spectacular depiction of the Okinawa islands under the summer sun and the classic antics we’ve grown to enjoy from the cast. The first three or four episodes will probably deal with the Okinawan beaches, cuisine and scuba-diving, bringing to mind the Okinawa trip in Azumanga Daioh. This arc will probably be three to four episodes long and close off on a touching moment with Renge (in the manga, she picks up a shell off the beach to commemorate her visit). Upon returning to Asahigaoka, the girls settle back into the languid summer weather, experimenting with their appearances and watching fireflies by night. The later chapters appear to have the girls playing with a smart phone and Komari reminiscing about her childhood when she stumbles across a stuffed bear she had. Despairing at its condition, she asks Hotaru to fix it and stumbles upon the latter’s vast collection of Komari plushies. The remaining summer episodes would likely cover around two to three episodes. By the second season’s halfway point, classes resume again and on the first day of classes, Kazuho is late. As a result, the girls play a variation of air hockey with triangular rulers to entertain themselves. Suguru steps in and demonstrates a high degree of skill, upping the intensity. Later, Renge decides to make herself into a teru teru bōzu to ward off the rain, but winds up frightening Komari instead. This material will probably constitute another episode. There is an extra manga chapter with the girls dressed in costumes and Hotaru having what appears to be a sleepover. The remainder of the second season, as per its predecessor, will likely deal with winter and a return to spring. This is about the upper limit for what I can access as far as the manga goes, and with these things to potentially happen in the second season, I look greatly forwards to seeing its release. At the time of writing, there’s been no news of when this second season will be released, but they say that patience is well-rewarded, and armed with a rough idea of what will constitute the second season, I am quite excited to see another season of Non Non Biyori.