Shirobako: Review and reflection at the halfway point

“Big jobs usually go to the men who prove their ability to outgrow small ones.” –Ralph Waldo Emerson

As an anime about the anime industry, Shirobako has proven to be surprisingly entertaining, delving well beyond just the process behind the production. For this reason, Shirobako (perhaps unsurprisingly) is highly relatable for audiences, who are either in education and wondering what their futures entail, as it deals with topics as diverse as the balance between personal interests and financial stability, whether or not one is in a particular occupation by choice, the consequences of technology altering how work is finished, the kinds of stresses associated with trying for new positions and roles, and the challenges that people face in their occupations. Thus, at the halfway point, Shirobako is an anime that leads me to do a little bit of self-reflection, but before we get on to the boring stuff, I should note that the anime has been fantastic insofar. Thanks to her persistent and encouraging presence, one cannot help but cheer on Aoi as she acts as the force that keeps Musashino Animation going, even during tight deadlines. This kind of dedication to the job, and her talent for managing to pull everyone through difficult times, has earned her the respect of her coworkers: Erika Yano and Tatsuya Ochiai remark that Aoi is well-suited for production industry, even if Aoi herself has not fully decided what she’d like to be. At the halfway point, Exodus is now finished, and as the second half begins, Musashino Animation undertakes the animation of The Third Girls Aerial Squad, an anime about a group of fighter pilots.

Watching Ema struggle with her work was the first moment in Shirobako that led me to wonder about things in my own world; after having difficulty in animating a cat’s movements, Ema begins to rush her work in the hopes of being able to advance and earn a sufficient income to survive. When her work declines as a result, Ema feels that she won’t advance as an animator. She becomes withdrawn and compensates by working harder, but without a full picture of what she wants for the future, she declines into despair. It takes some advice from a fellow animator, Yumi, and a walk, for Ema to find her inspiration and rediscover why she chose to be an animator in the first place. At another point in Shirobako, Misa grows weary of working on vehicle rims for a CG company, and after wondering if this is what she had signed up for, decides to quit to pursue a position that emphasises story-telling. I hear this constantly from those who care, asking about whether or not my own career choices are sustainable with respect to finances. I openly admit that my undergraduate degree in Health Sciences was motivated by a half-hearted aspiration of becoming a medical doctor. However, medical ethics is not something I’m comfortable with, and in the end, as my degree gave me a satisfactory background in software development, I turned my game around and applied to the university’s Faculty of Graduate studies for a Master’s in Computer Science. I reasoned that, given my own interests and enjoyment in working with technology, this field would better be suited for me. Moreover, the increasing demand for technology and software means that developers are still in demand. However, there is a caveat: most development is now outsourced where it can be done for a much lower rate, so to stay competitive, I’m looking to take a certificate on project management, as well. How well I stick with this will be left to the future, but I’m hoping that with an objective that’s somewhat clearer than Ema’s or Misa’s, I’ll at least have a starting point after this graduate program ends. While there’s nothing wrong with persuing one’s dreams, contrasting Ema, whose role as a junior animator has her working for peanuts, I’ve gone with a more practical route and hope that what I’m getting myself into is what I signed up for, being an occupation that balances my own interests with a reasonable degree of financial stability. At this point in time, I’m a little more than a quarter finished my program, so this is the perfect time to begin looking for work. 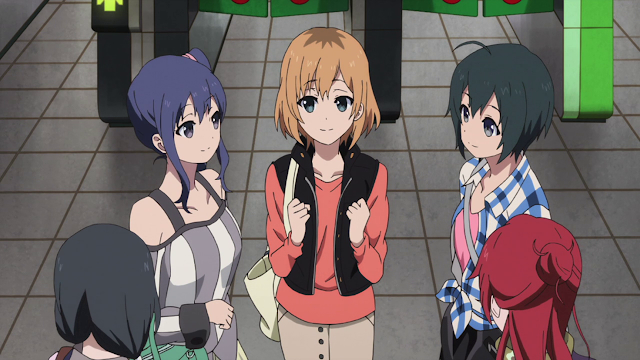 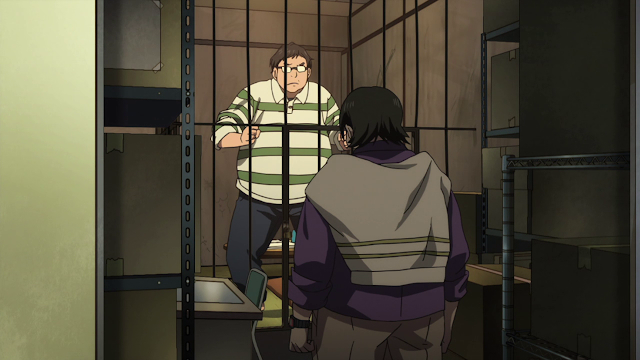 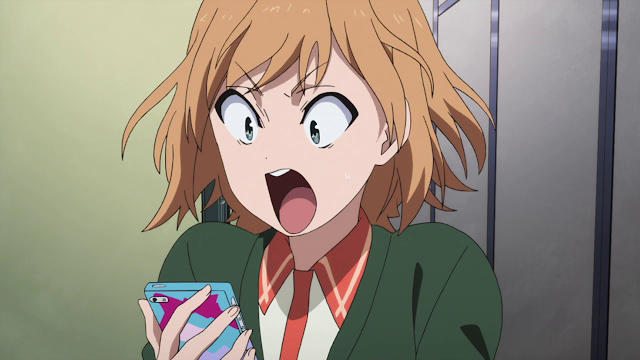 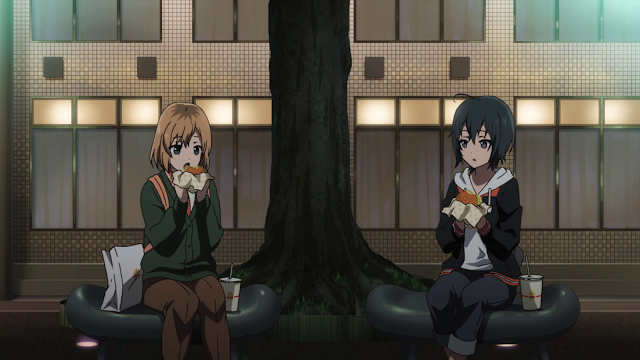 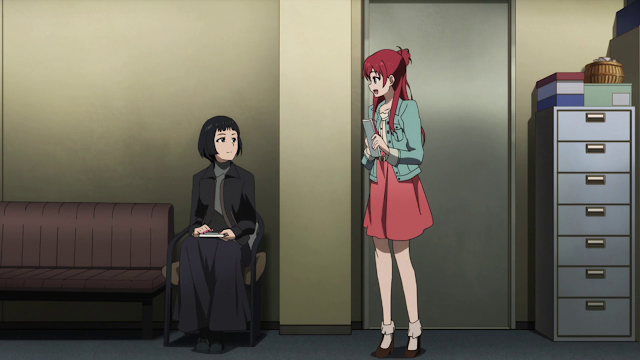 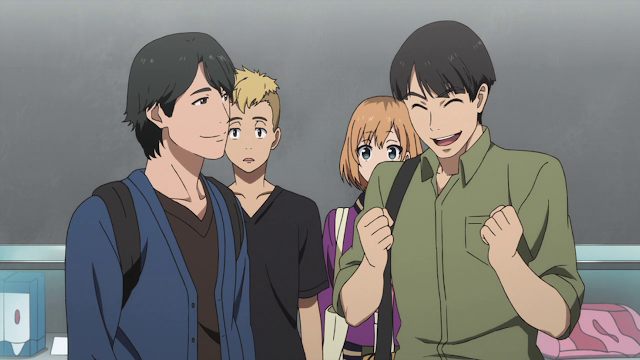 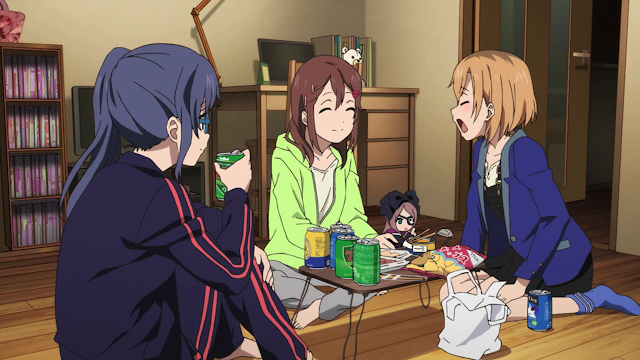 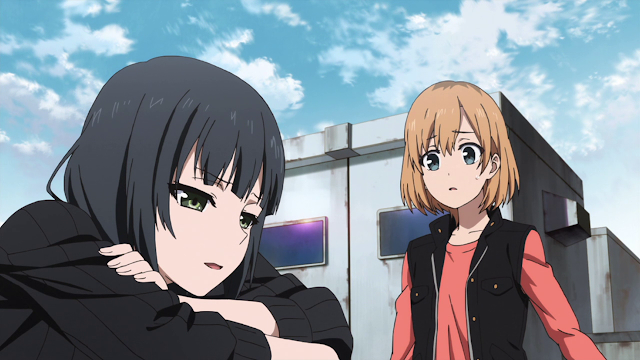 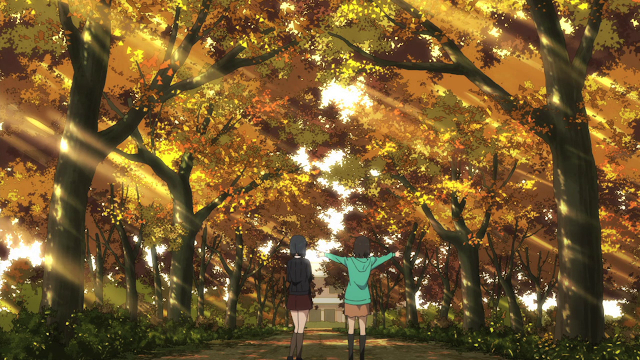 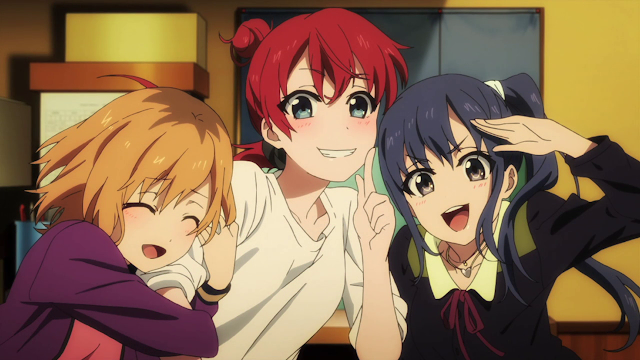 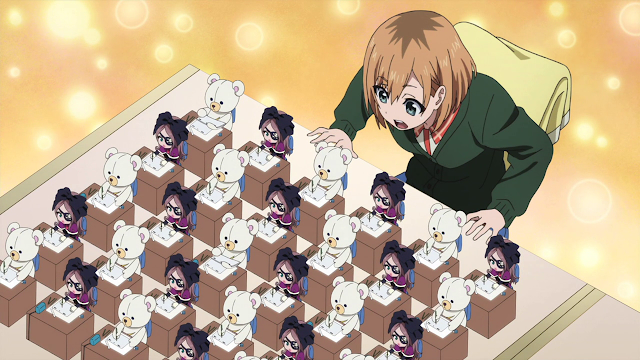 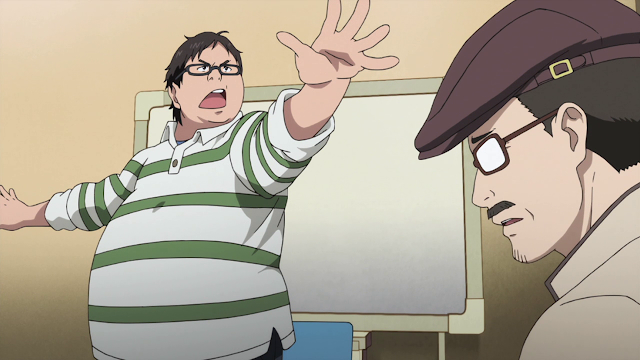 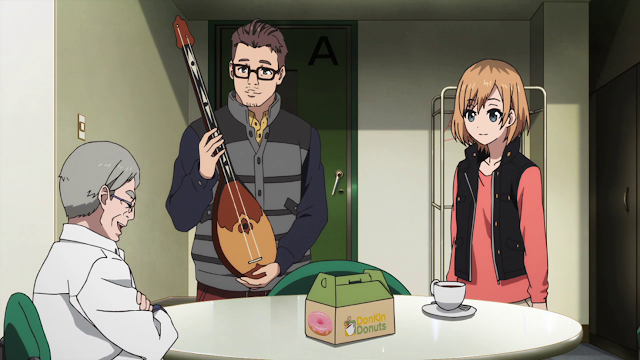 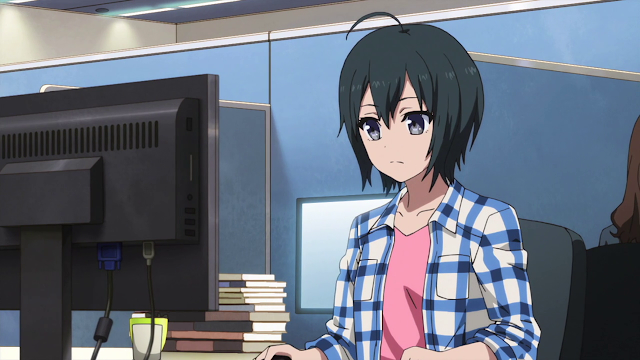 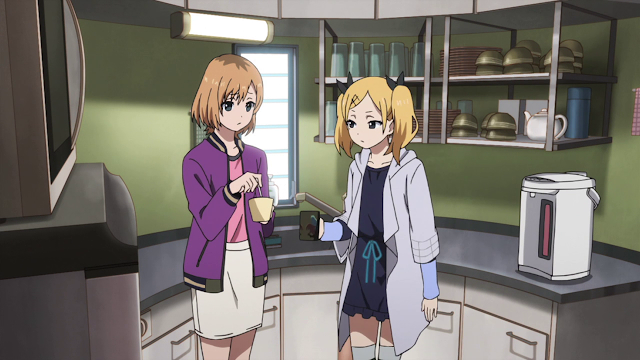 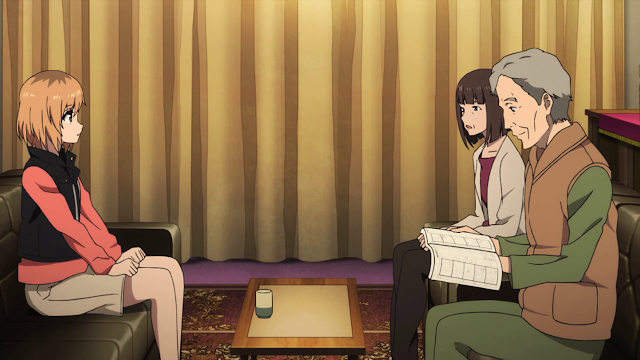 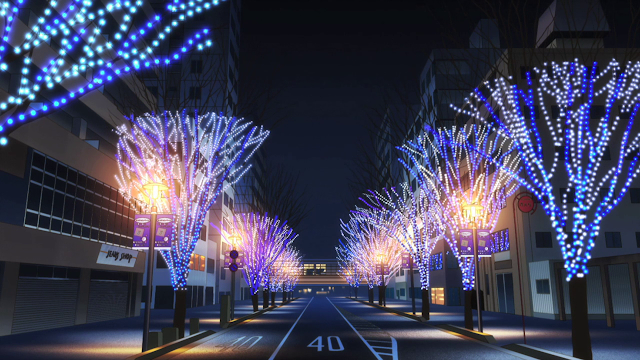 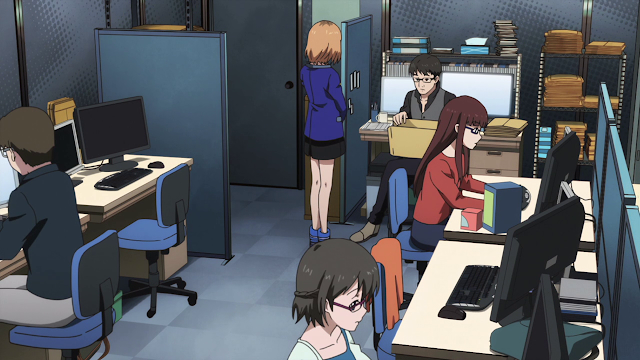 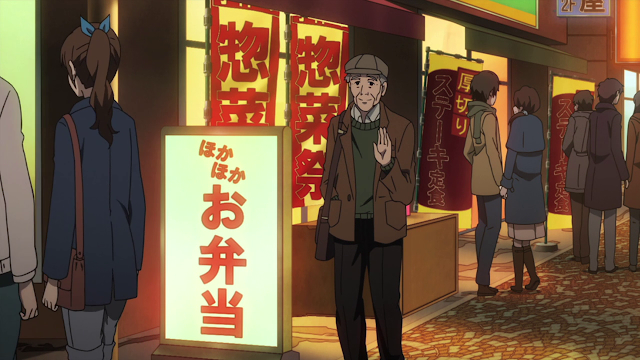 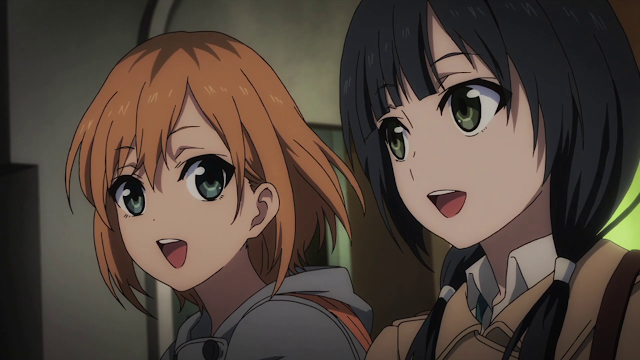 At the halfway mark, Shirobako shows no sign of losing its pacing, and although the number of characters is quite large, Shirobako takes care to make sure that all of them serve a role. This large cast is unified by Aoi Miyamori’s perseverance: her determination and spirits have served her quite well thus far, allowing her to solve a conflict between Yūichirō (a 3D effects artist) and Ryōsuke (a key animator), as well as push for the completion of Exodus‘ finale. Her role in keeping Musashino Studios together is what allows Exodus‘ finale to air on time, even in spite of the director’s last minute changes. While Shirobako may have a massive cast, it should be clear that Aoi is at the centre of everything, and even with some staff changes come the second half, familiar faces will make a return. P.A. Works appears to have gotten their game back together with Shirobako (following the little mess we know as Glasslip), and as the second half begins, I look forwards to seeing what lies on the table with the The Third Girls Aerial Squad. With that being said, it’s almost certain that I’ll begin falling behind again, as I lack the tenacity to watch and discuss regularly as the folks elsewhere, but I definitely will return at the series’ end to do a final reflection on what has been an immensely entertaining, and thought-provoking anime thus far.