Kantai Collection: Review and reflection at the halfway point

5 Comments Posted by infinitezenith on February 17, 2015

“A ship is always referred to as ‘she’ because it costs so much to keep one in paint and powder.” —Admiral Chester W. Nimitz

We’re now sitting at the halfway point in Kantai Collection, a point where we’ve seen Mutsuki learn the truth behind Kisaragi’s death and come to terms with it in Fubuki’s arms, marking what is probably the most tearful moment in Kantai Collection thus far. The introduction of the Kongou class battleships are introduced as well, and like the Sendai-class, they are a diverse bunch with unique identifying traits. A major reorganisation also ensues, with Fubuki being transferred into the fifth mobile fleet and learning that when the chips are down, she’s quite capable of assuming a leadership position. The episode at the midway point appears to have quite forgotten Kisaragi’s fate, seeing the sixth destroyer group (Akatsuki, Hibiki, Ikazuchi, and Inazuma) work together as they participate in a curry competition.
The milestone is now reached, and it’s clear that Kantai Collection has depicted a very light-hearted, easy-going environment where the kan-musume sortie into weekly battles and otherwise spend much of their time with team-building exercises. Elements from the game, such as resource acquisition and fleet restructuring make their way into the anime, reminding those familiar with the game that this is based off the game, but otherwise, are subtle enough as not to detract from the anime itself. As it stands, Kantai Collection feels and handles like Strike Witches: aside from the odd serious moment, things have been laid back insofar, emphasising comedy and character interactions above other elements. The Abyssals have not been a very threatening enemy in their depiction, despite their access to beam weapons and force fields. There are six or seven episodes left; this is sufficient time to change that, and it is quite possible that the Abyssals may play a more substantial role in the series as the ending draws closer, to reinforce the fact that Fubuki has matured as a kan-musume and is capable of sortieing with Akagi.
Screenshots and Commentary 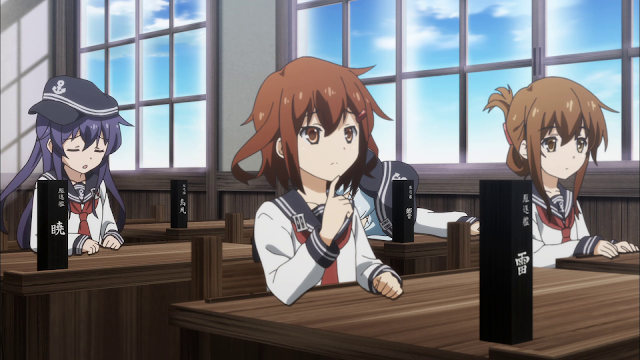 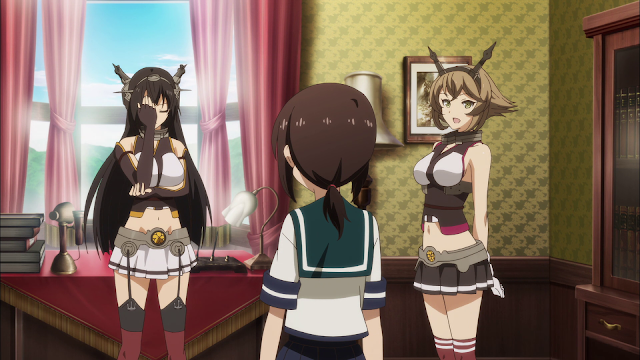 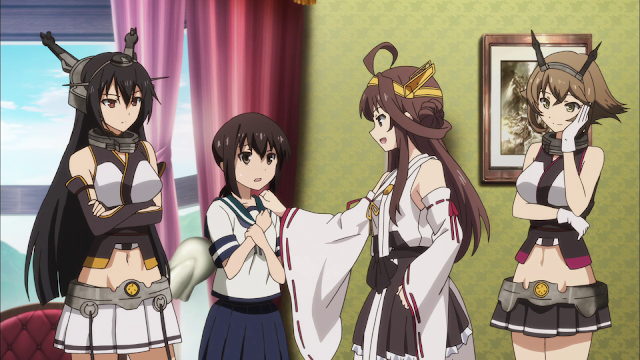 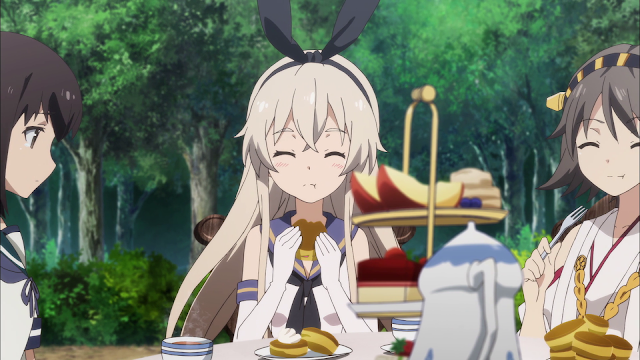 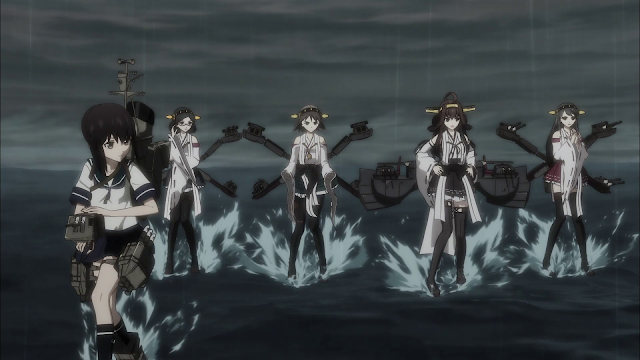 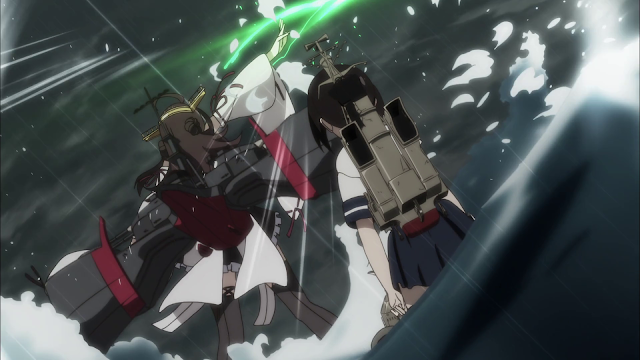 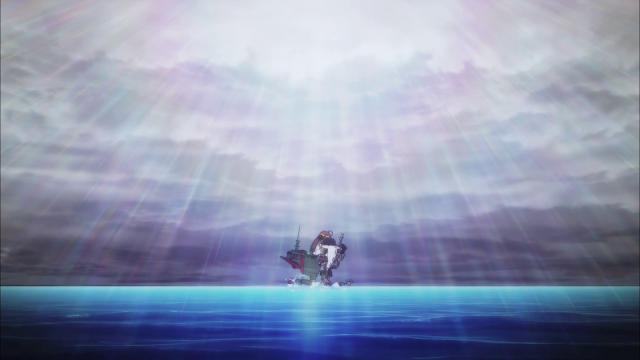 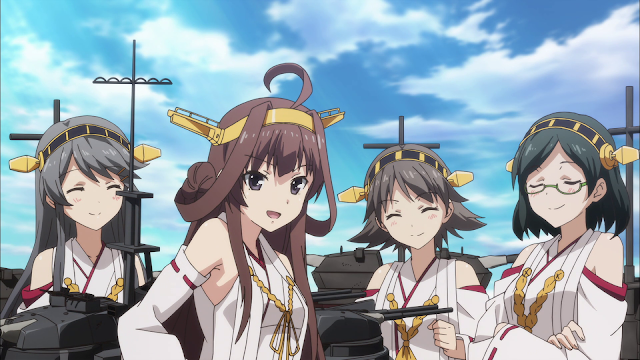 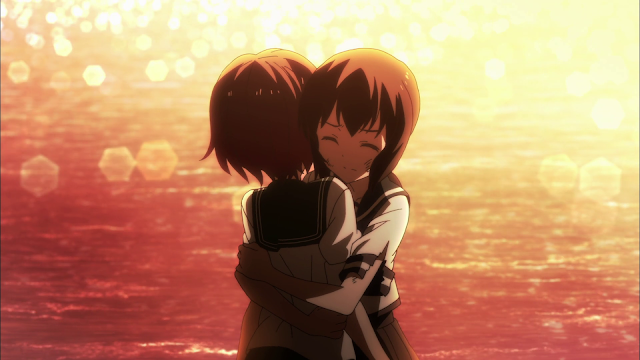 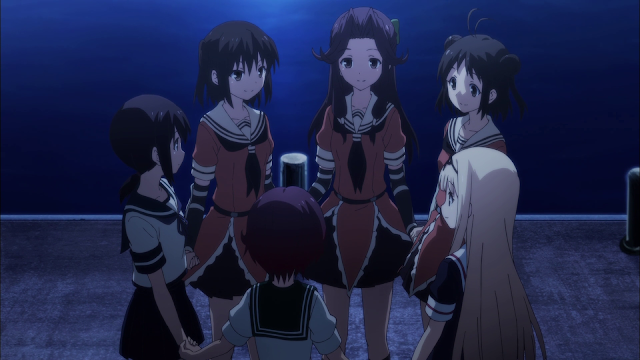 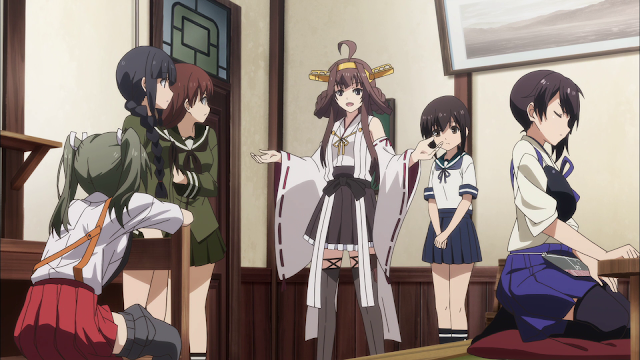 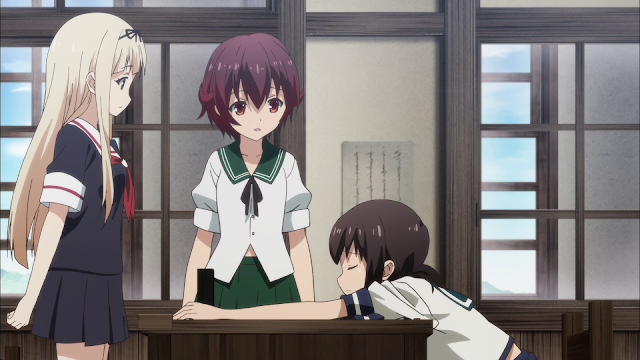 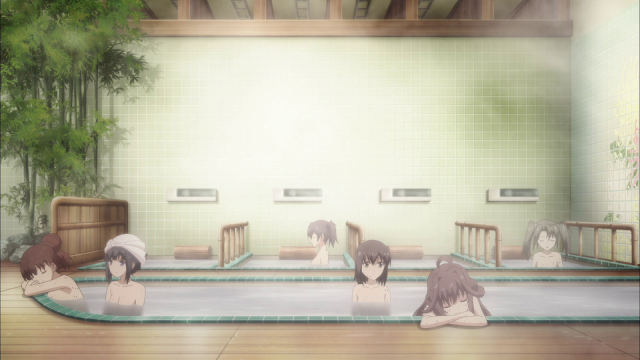 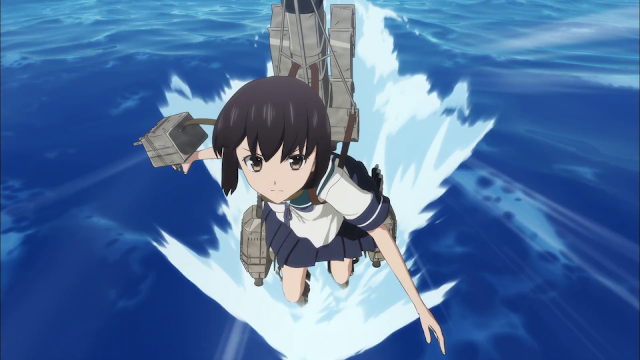 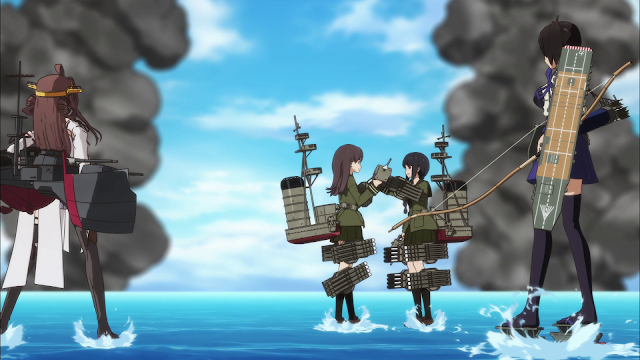 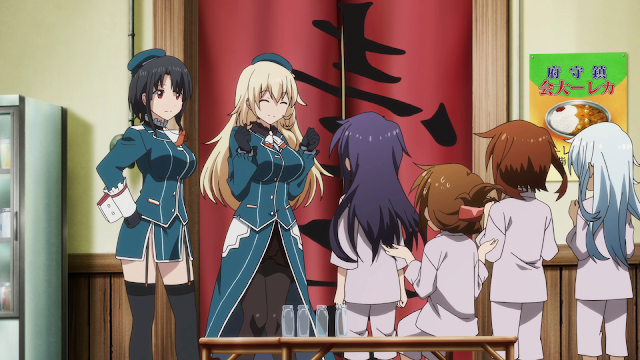 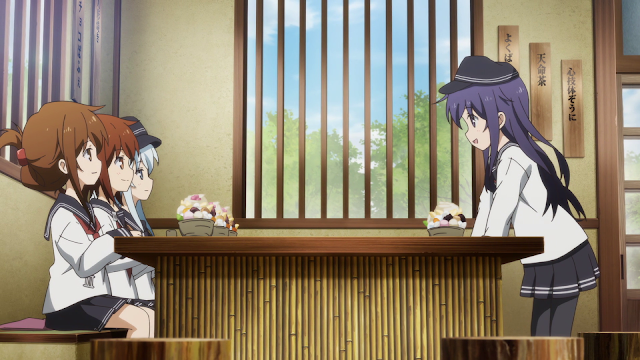 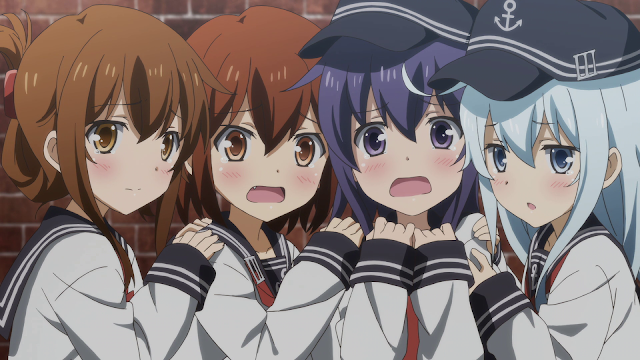 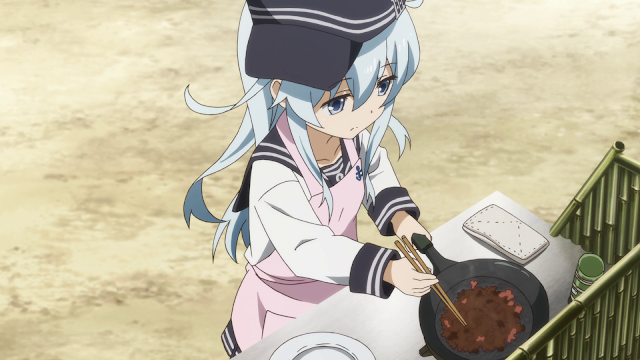 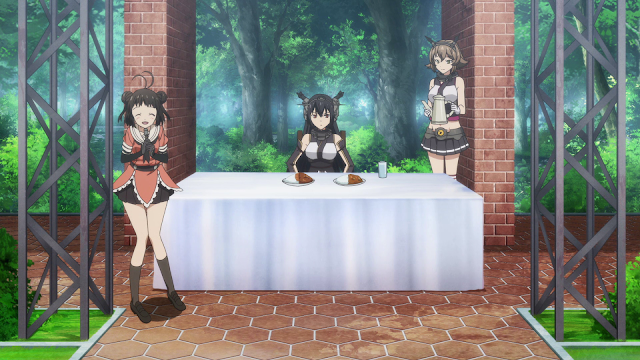 Between the near-total absence of meaningful discussion on Kantai Collection from my usual sources, and my own difficulty in coming up with something meaningful to say about Kantai Collection, it’s no small feat that this post has the amount of content that it does. With that being said, it is clear that this is an anime intended to provide viewers with 24 solid minutes of entertainment without the prerequisite of having an encyclopaedic knowledge about the game. The situations the kan-musume find themselves in deal more about their everyday lives and occasional sorties, focusing on the characters and their interactions, allowing newcomers to drop in and just enjoy the show. Rather than catering solely to those who’ve sunk thousands of hours into the game for the sole purpose of “marrying their ships”, the Kantai Collection anime aims to paint a world that is accessible for all audiences. Thus, even if the game is about as inaccessible as learning about the quantum tunnelling for people like myself, the anime manages to deliver something that those with no prior knowledge of the game can nonetheless find enjoyment in, making the anime a sufficient experience for one to say that they’re familiar with Kantai Collection.

5 responses to “Kantai Collection: Review and reflection at the halfway point”