Saenai Heroine no Sodatekata: Fan Service of Love and Youth Review and Reflection

“Game developers know that people have more fun when they’re in large groups. They feel more fired up when the challenges are more epic.” —Jane McGonigal

General Announcement: If you’re looking for a review and analysis of Saekano Fine, click here.

The first episode to Saenai Heroine no Sodatekata (alternatively known as Saekano: How to Raise a Boring Girlfriend or Saekano for brevity) cannot considered to be a proper introduction to Saekano, as it drops viewers off in the middle of the visual novel development cycle, during which Tomoya Aki, Megumi Kato, Eriri Spencer Sawamura, Utaha Kasumigaoka, and Michiru Hyodo (Tomoya’s cousin) going on a short trip of sorts to gain inspiration for the locations within their game. An in media res approach seems a little strange for an anime about a small team’s aspirations to make a visual novel, but on closer inspection, dropping viewers in into the midst of things and showcasing the characters as they are after they’ve gotten to know each other a little better through their project. Indeed, the episode emphasises free anatomy and a degree of good-natured ribbing between the characters, suggesting that while there is the possibility for the season to be filled with such, the show’s creators are deciding to get this stuff out of the way first so focus can be directed towards the actual process of assembling a team and building the visual novel itself.

While the first episode (technically the zeroth episode) does not offer very much in the way of letting the audience in on the visual novel process, the characters themselves possess the sort of dynamic that suggests their daily interactions are most amusing, and thus, Saekano appears to be striving to present a parody of most of the anime in the seraglio genre. Eriri and Utaha exhibit archetypes in their personality (tsundere and cold, aloof) of the types of characters this genre is known for, although Tomoya’s focus on creating a visual novel (and outspoken preference for two-dimensions) appears to be defying the sort of story-telling elements that anime of this sort is known for. I’ve heard in some discussions that Saekano is going to be a deconstruction of the harem genre, that the post-modernism will somehow take away from the narrative. This is a very dangerous assumption to make, given that it pre-supposes that Saekano is likely to be a disappointing anime. As noted earlier, Saekano is a parody of the genre, applying meta-humour to create dramatic irony where the characters understand the clichés in such anime, but lack the awareness to understand that they themselves demonstrate characteristics of the clichés that they criticise. In short, no, Saekano is not a deconstruction, nor is there any sign that it’s intended to be thus, and as the series moves forwards, I anticipate a series that will address some of the common elements seen in harem anime, while simultaneously driving humour by having the characters succumb to the very same traits they find irrational. 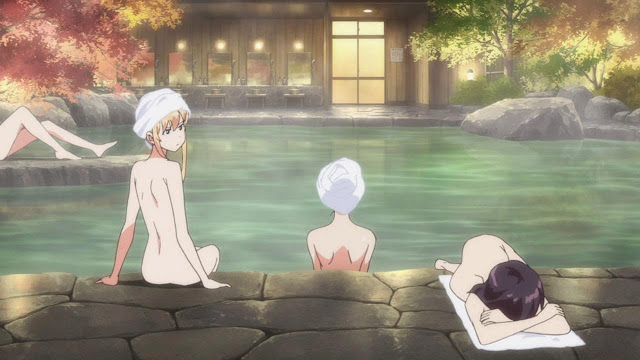 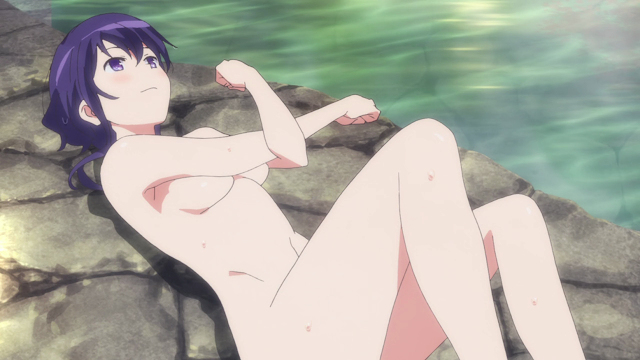 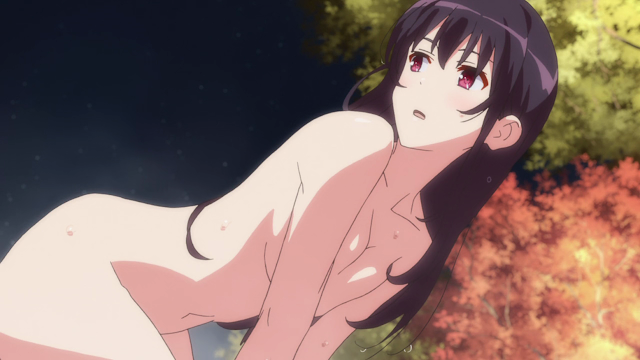 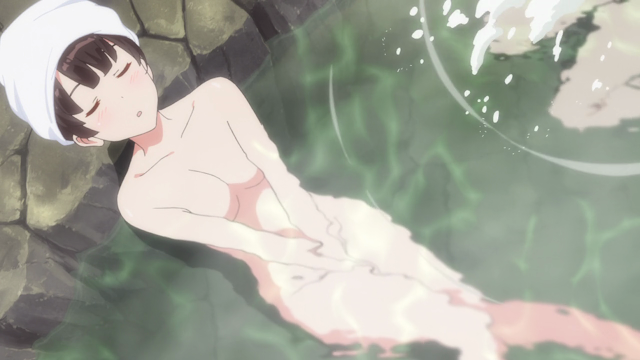 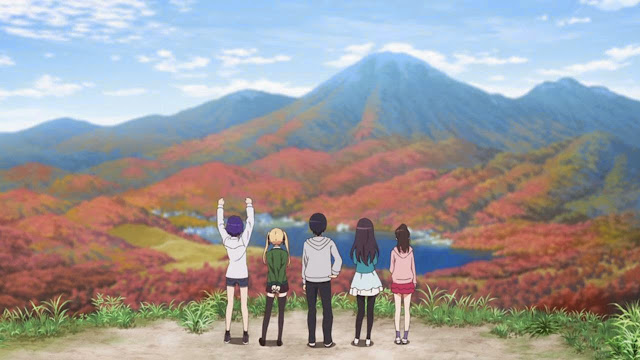 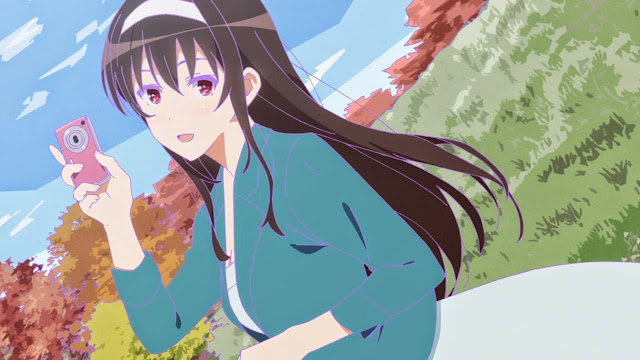 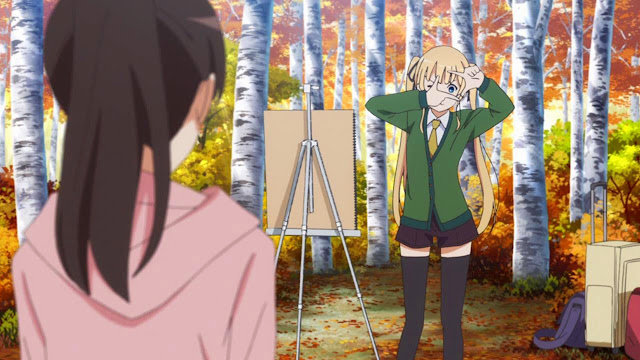 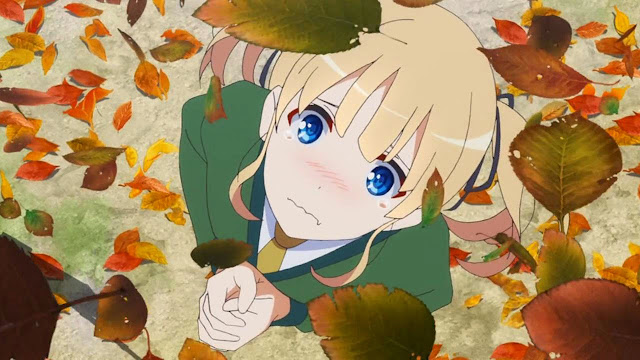 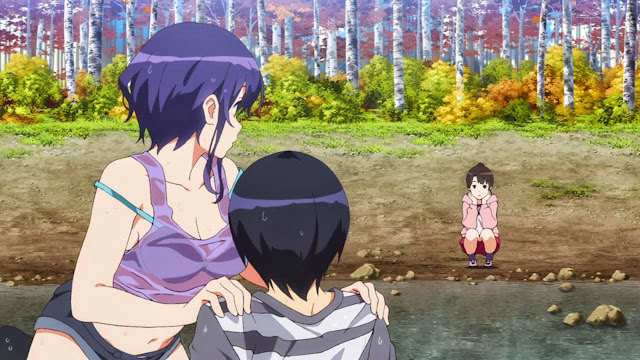 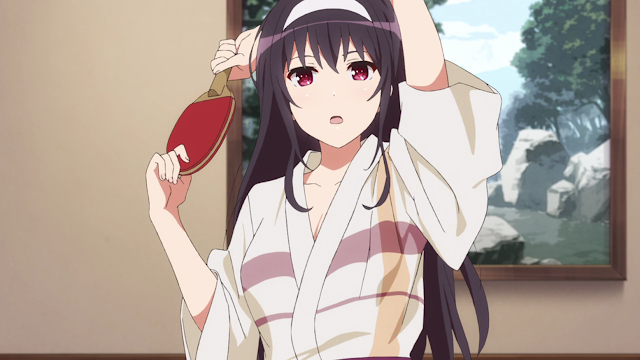 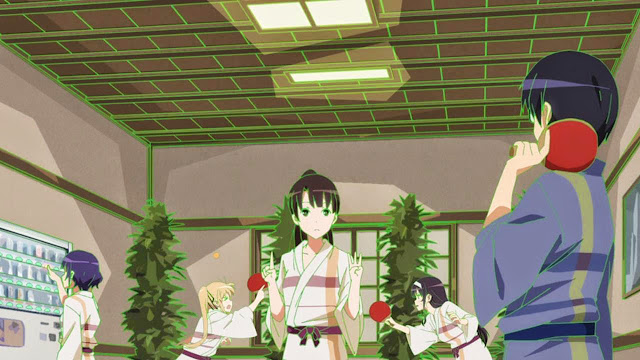 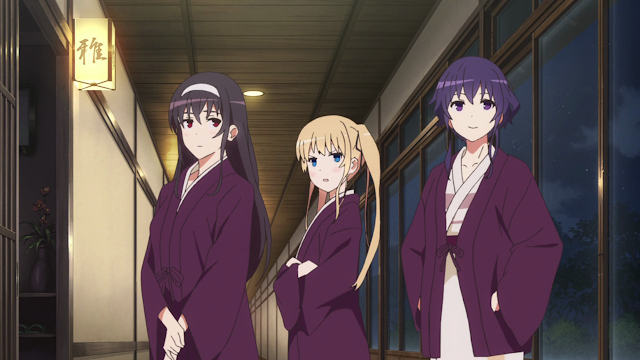 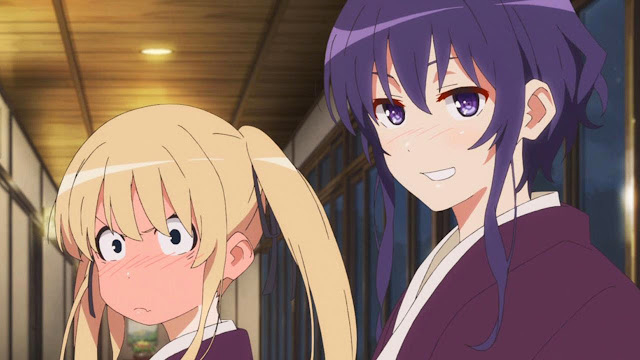 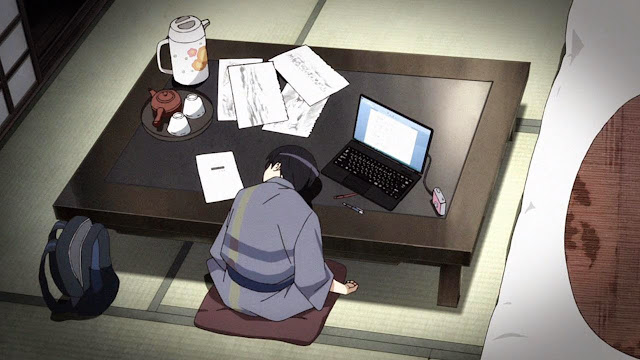 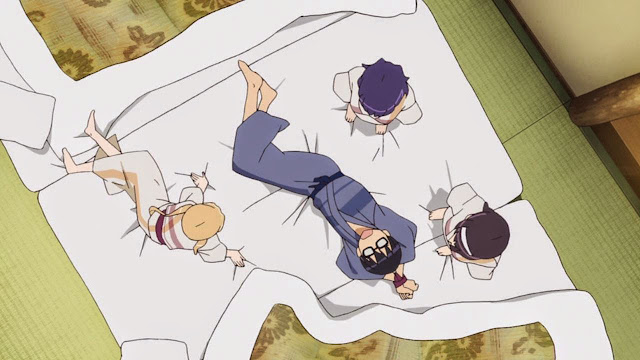 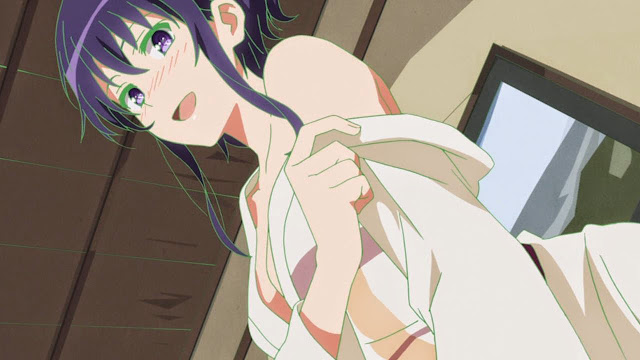 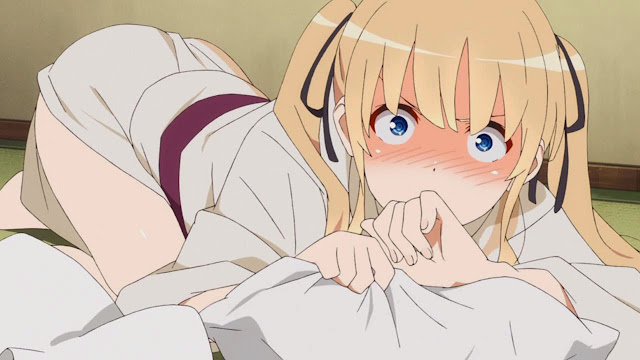 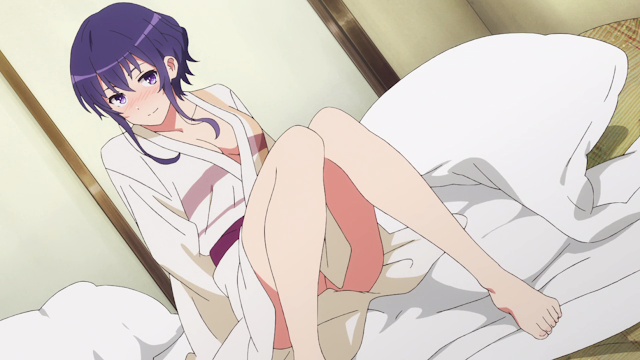 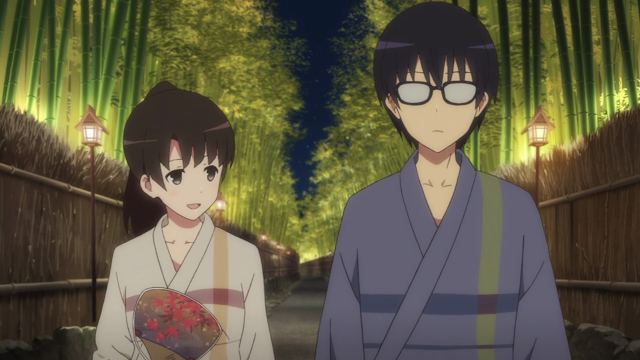 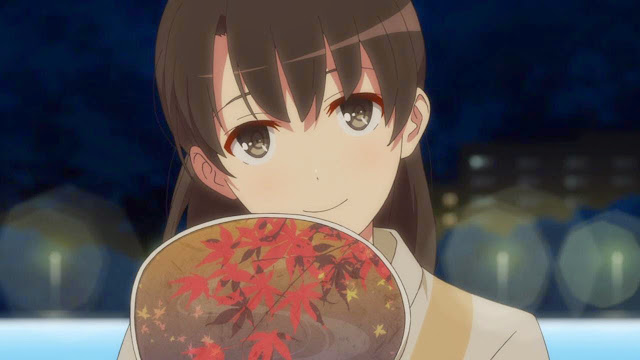 As the first episode draws to a close, and the series proper begins, it’s logical to anticipate that the Saekano‘s first episode proper (namely, episode two) will deal with how Tomoya’s project begins, and how he manages to recruit Eriri, Utaha, Megumi and Michiru into his project. Even in this first episode, the character’s interactions suggest a team that is marginally holding together, although it is noteworthy that they’d gotten as far as this episode has portrayed. How they settle their differences and find value in Tomoya’s project, then cooperate towards creating a visual novel for publication at the Comiket, is a story I am quite curious to see. With the fanservice components depicted straight off the bat, this would (presumably) allow the remainder of Saekano to focus on these problems.