“In England, we have such good manners that if someone says something impolite, the police will get involved.” —Russell Brand

I’m now ready for Hello! Kiniro Mosaic, having officially finished the first season of Kiniro Mosaic. This anime thus joins the ranks of GochiUsa, Non Non Biyori, SoniAni, Tamayura and K-On! as Iyashike in my library, and when mentioned, I will remember this one for the unique sort of jokes that arise from Alice and Shinobu’s love for Japanese and English cultures, respectively. Alice quickly becomes accustomed to life in Japan with Shinobu, Aya and Yoko. Karen Kugo, Alice’s friend from England, also transfers to Shinobu and Alice’s school in the neighbouring class. After acclimatising to her new class and making new friends, Karen joins the others in sharing coursework and summer vacation, as well as a school culture festival and Christmas, together. As the series rolls to a end, the girls’ second year begins, and although they’re in different classes now, Shinobu reassures Alice that they’re still close togther.

Kiniro Mosaic tells a story about cultural differences, the perspective that people gain when they see aspects from said cultures, and that friendship is sufficient to transcend these differences. Kiniro Mosaic specifically deals with English and Japanese culture: Alice takes a great interest to all things Japanese, while Shinobu loves every aspect of British English culture. Their mutual respect and interest in the other’s background means that the two get along swimmingly, and are closer than any of the other characters in the series. While their friendship is close, Alice and Shinobu do not steal the spotlight from the other characters; whether it be Yoko’s forward, cheerful mannerisms, Aya’s shy, tsundere-like tendencies or Karen’s boisterous presence,  the unique combinations of personality allow for everyone to share the spotlight and have a solid contribution to the atmosphere for whatever they find themselves doing. Anime of the present tend to rely on familiar character archetypes, but by mixing up the different archetypes together, Kiniro Mosaic is able to capitalise on everyone to produce an endearing comedy. 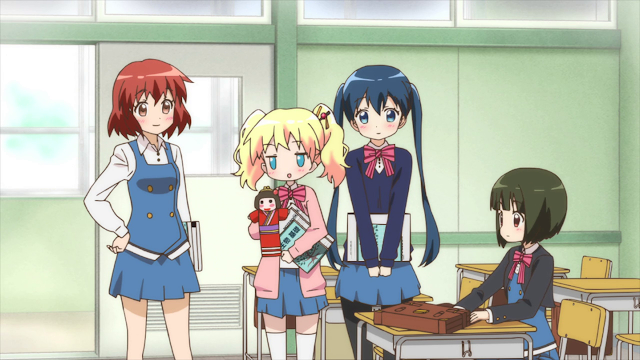 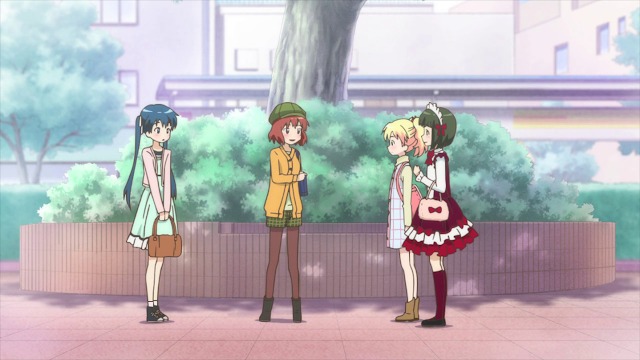 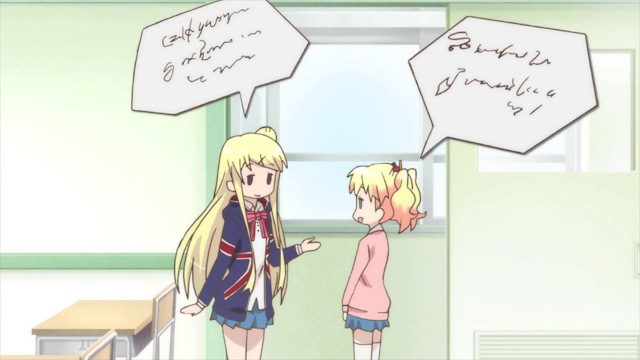 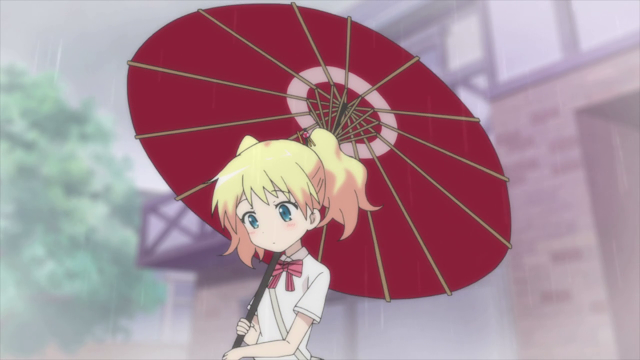 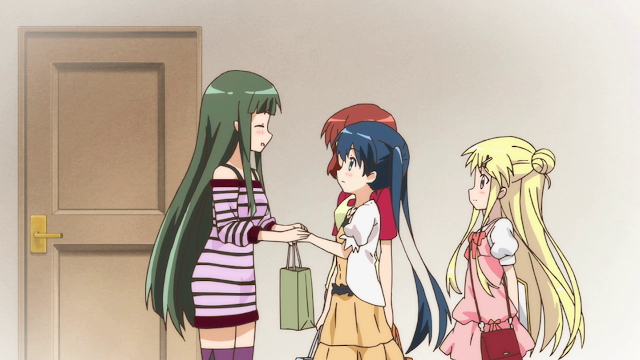 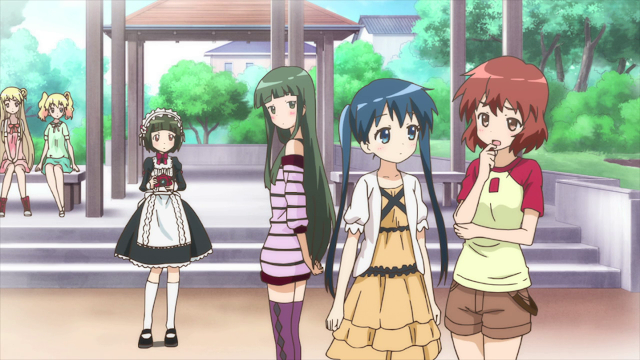 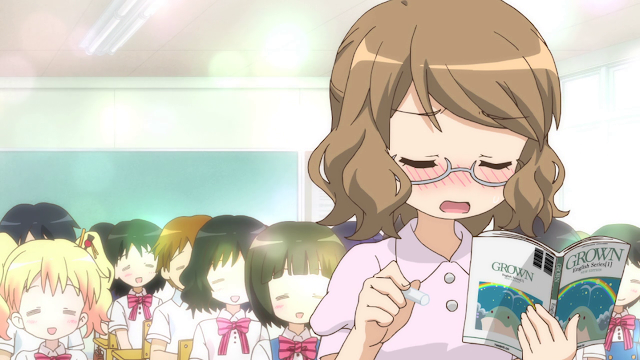 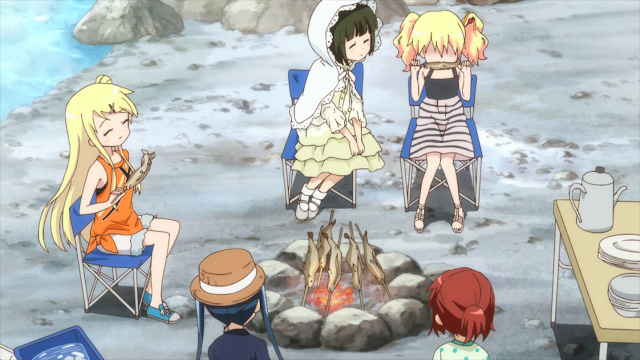 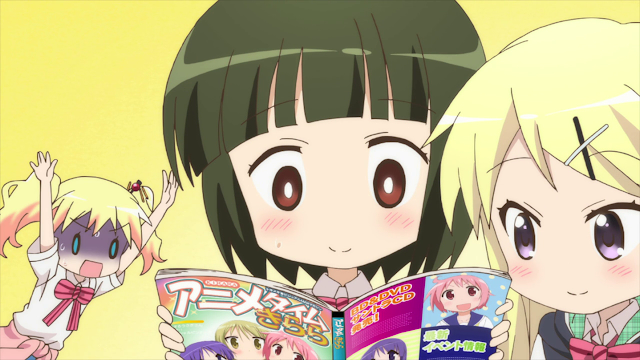 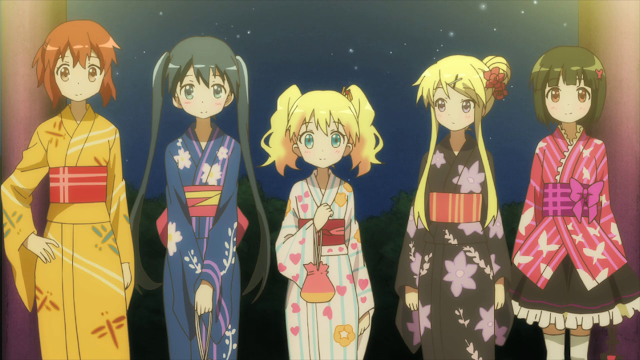 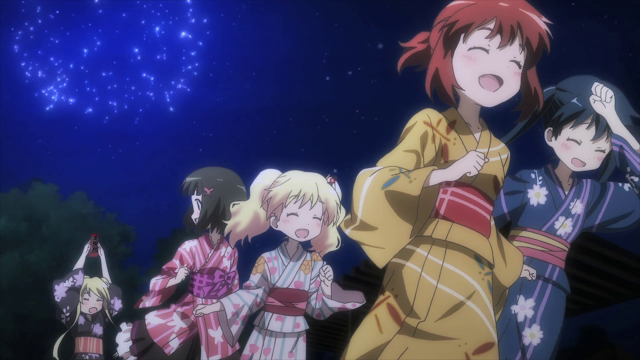 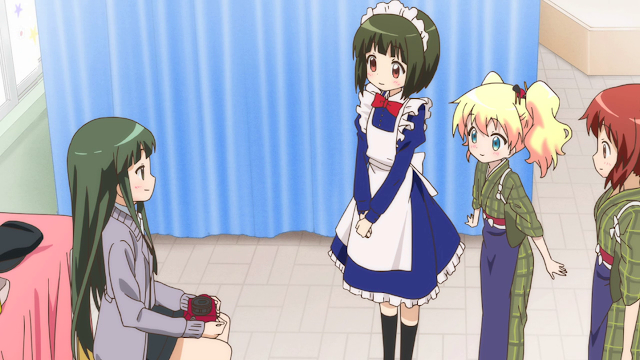 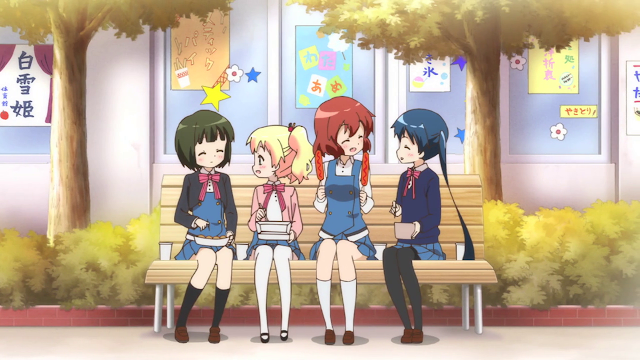 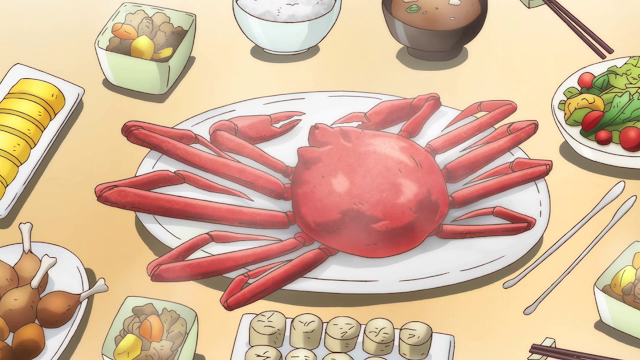 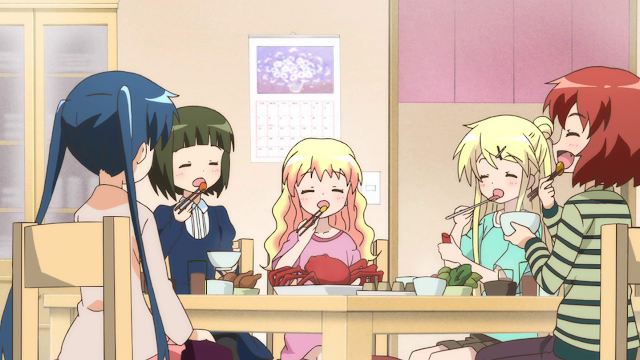 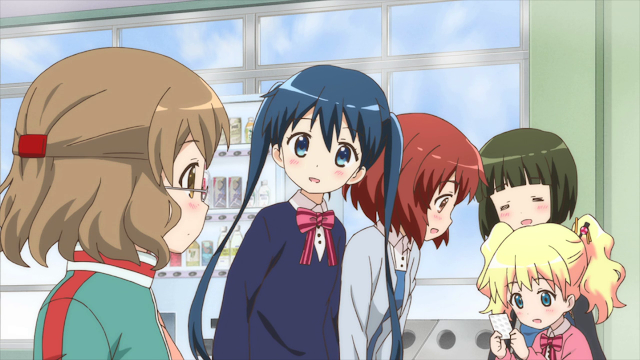 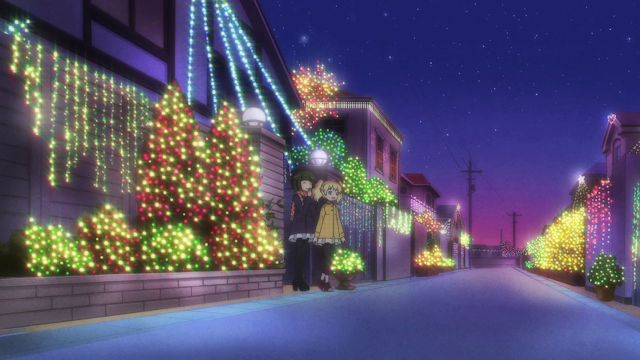 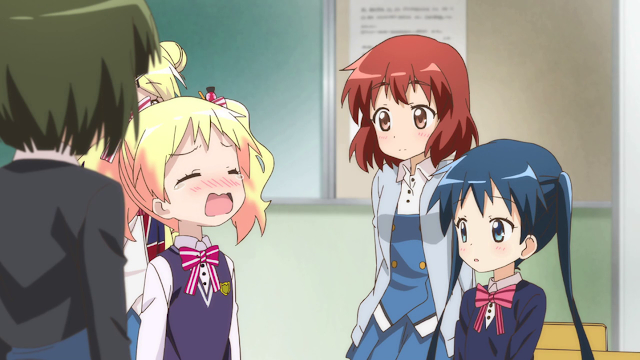 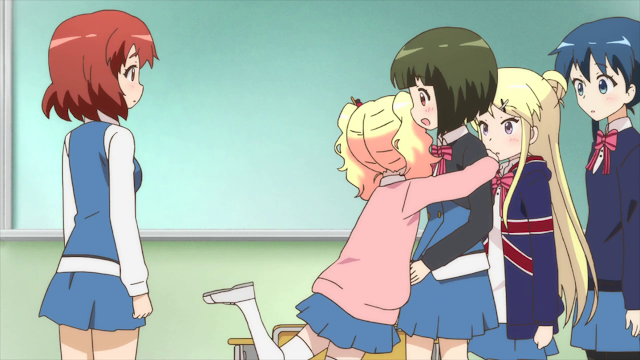 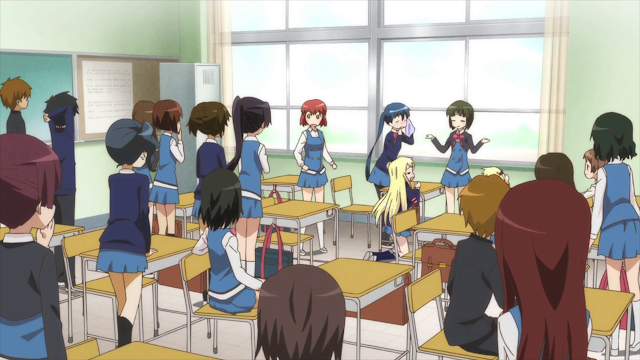 While Kiniro Mosaic offers nothing new as a slice-of-life anime to quite the same extent as GochiUsa and its warm, European setting, it is able to rearrange enough of the character archetypes and premise into an anime that remains entertaining for fans of the slice-of-life moé genre. This is an anime where the artwork is relatively simple, emphasising the dynamics of yet another group of friends. The relatively minimal artwork means that the viewers are drawn towards the characters, reinforcing a common theme for slice-of-life anime: that it’s the people one spends time with, rather than where they are, that matter. I personally would’ve liked to have seen more content set during Shinobu’s homestay in England, and the segments in Japan feel like a well-worn path, frequently tread and familiar. However, with Sinobu, Alice, Yoko, Aya and Karen keeping things interesting, I’ll be following the second season as this Spring 2015’s Iyashike even though it’s almost certainly going to feature more of the same: as I’ve enunciated in many other posts about slice-of-life, the whole point of such anime is to sooth and entertain. If I want something with a solid story, I’ll re-read H.G. Wells’ The Time Machine.