Expelled from Paradise: A Review and Reflection

“Have you ever had a dream…that you were so sure was real? What if you were unable to wake from that dream? How would you know the difference between the dream world and the real world?” —Morpheus, The Matrix

Released back in December 2014, Expelled from Paradise (Rakuen Tsuihou) is a science fiction anime with a screenplay written by Gen Urobuchi, animation provided by Graphinica and jointly developed by Toei Animation and Nitroplus. It follows Angela Balzac, an agent who works for the DEVA virtual reality system, and her task to discover the whereabouts of the hacker “Frontier Setter”, who had infilitrated DEVA to communicate about his cause. Meeting up with Dingo, an asset on Earth, she finds the truth behind Frontier Setter’s existence, and soon finds herself opposing DEVA’s directives. With Dingo, she helps the AI “Frontier Setter” with his goals of finishing a space colonisation programme. Over its 104-minute long runtime, Expelled From Paradise makes use of a minimalist cast set within a speculated future for Earth to illustrate several themes: this is a story involving Gen Urobuchi, so this should not be too surprising. However, instead of nihilistic themes outlined in his previous works, Expelled from Paradise deals predominantly with what constitutes as being human, and throughout the film, these aspects are discussed time and time again. Angela becomes the vessel for a post-human, initially being unfamiliar with human necessities and traits. As such, she finds Dingo’s mannerisms unusual, constantly wondering about the necessity of enjoying a good meal, resting well to avoid illness or even the point of music. Frontier Setter, on the other hand, is an AI that gained human attributes as a result of machine learning; as such, he is quite capable of communicating and even articulating how human emotions might be expressed by a computerised construct. Longing to fulfil his purpose, and sharing Dingo’s love for music, Angela and Fronteir Setter represent a juxtaposition in that the former is a human being who’s lost understanding of what being human means, and the latter is an AI that’s gained an appreciation of the positive sides of human nature. In the end, as DEVA’s security agents move in to destroy Frontier Setter’s central processor, Angela finally appreciates what goodwill is, when Frontier Setter saves her. She resolves to help him carry out his directive in return, and with her access to DEVA revoked, chooses to stay with Dingo to better understand Earth.

Owing to the emphasis on human nature, Expelled from Paradise is probably better considered as speculative fiction that deals with the implications of the growing advances in computer technology and virtual reality. At some point in their past, a molecular nanotechnology disaster (known more widely as the grey-goo apocalypse scenario) damaged much of earth, forcing humanity into space. Thus, DEVA was established to provide a new home for humans, who live in a VR environment. In this world, humans work towards benefits such as additional memory and network access, having long given up the need for food and shelter. However, DEVA is also shown to be ruled under a council’s iron fist. Thus, DEVA might be seen as a hell as much as it is a paradise, as Angela alludes to John Milton’s Paradise Lost, where Adam and Eve were exiled from the Garden of Eden. However, Angela realises that there is a vast world even on Earth to explore, and with Dingo as her guide, she accepts her exile from Deva to live as a physical being. Through Dingo, Urobuchi suggests that the pace at which technology advances will eventually lead humanity to forget the sort of things that make life worth living, whether it be the taste of a well-grilled meat, or the sound of music, as people focus more and more on virtual environments (consider that even in the present day, most people are glued to their smart phones). As such, Expelled from Paradise aims to, through Dingo and Frontier Setter, illustrate that there is so much in the real world that merits exploration that the audience, as people should not be so haste in disregarding or even discarding reality for their gadgets. 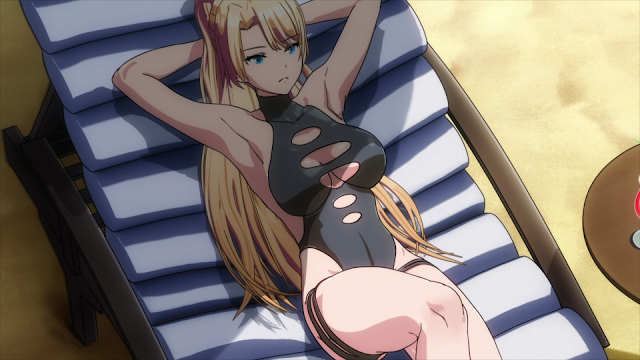 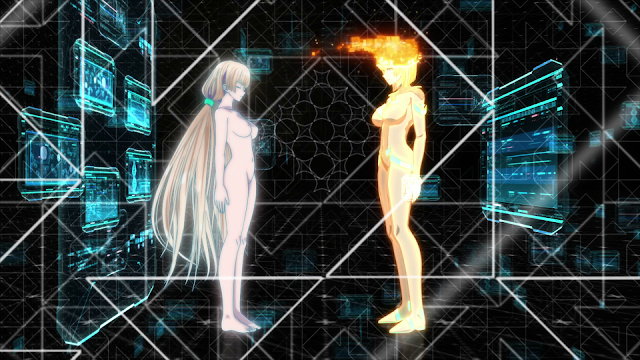 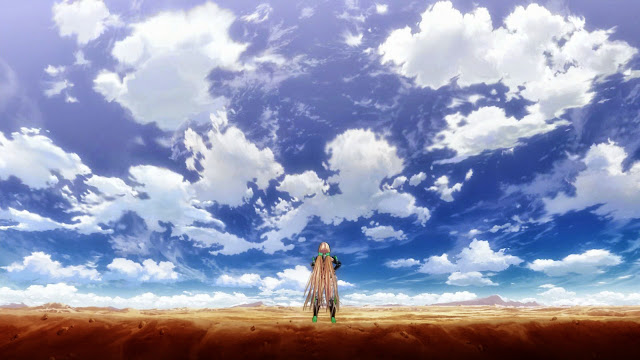 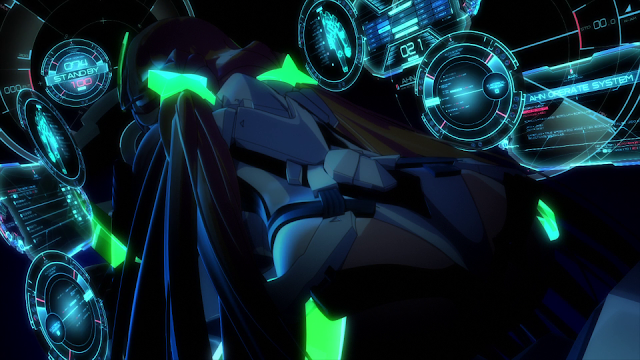 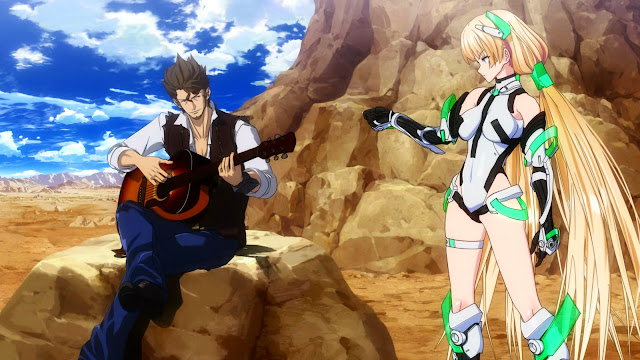 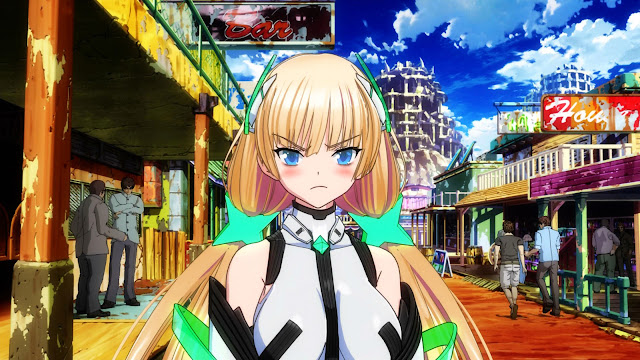 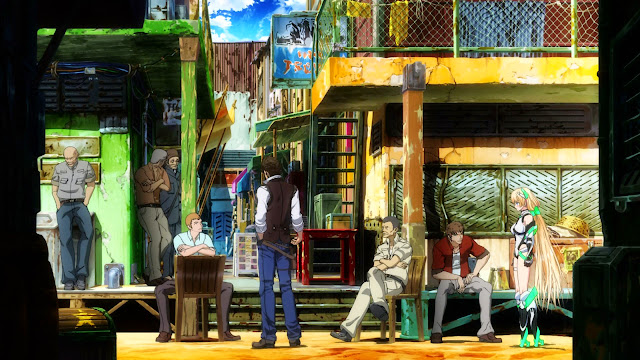 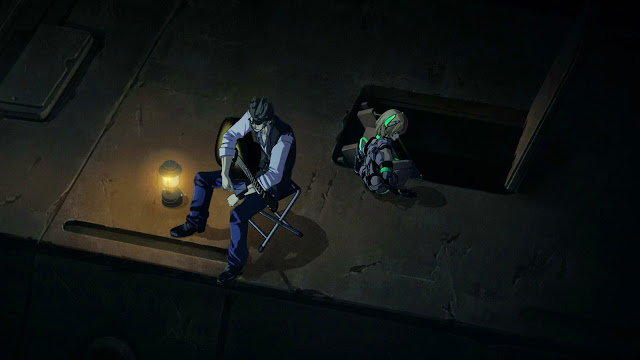 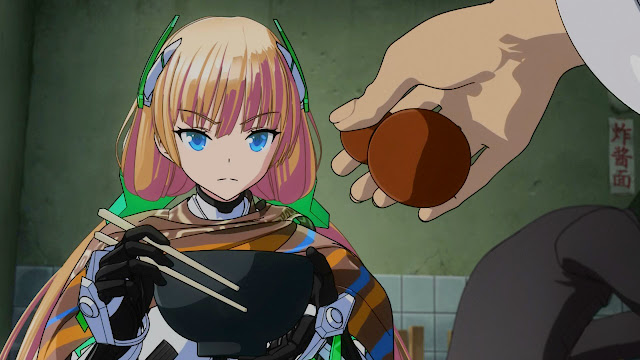 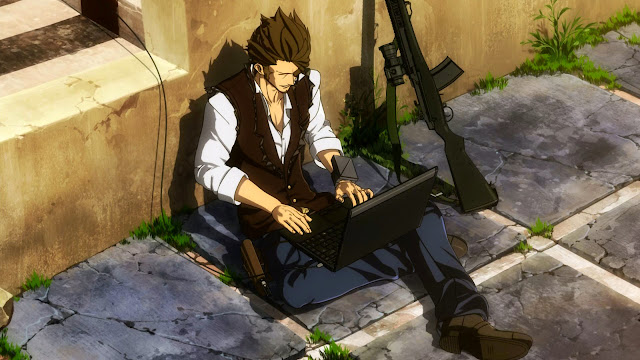 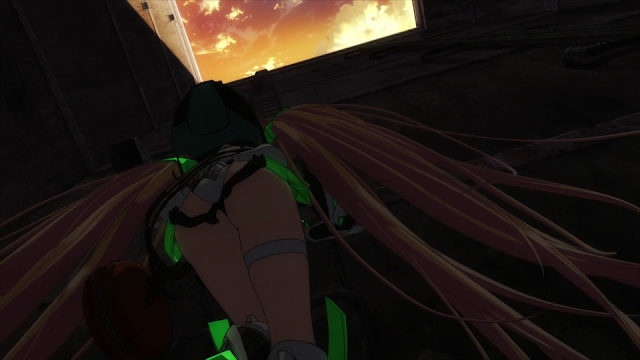 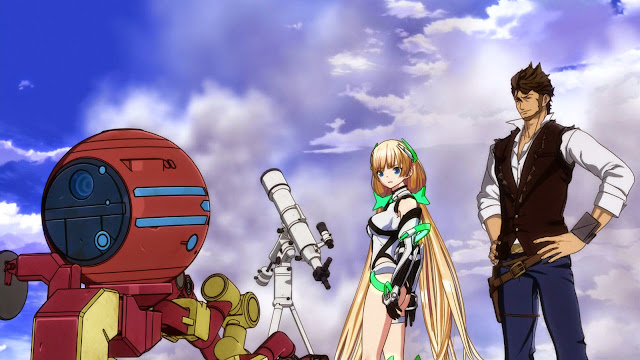 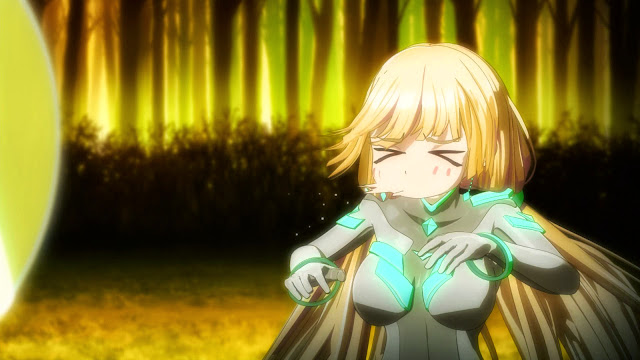 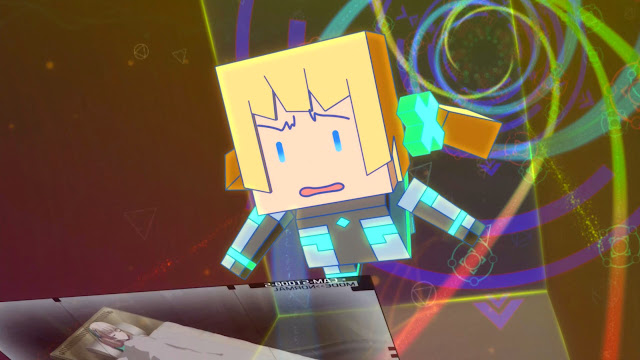 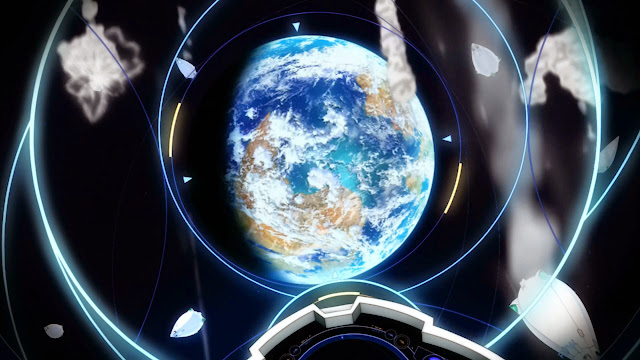 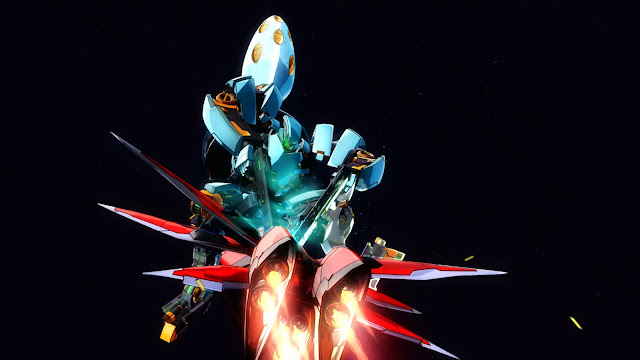 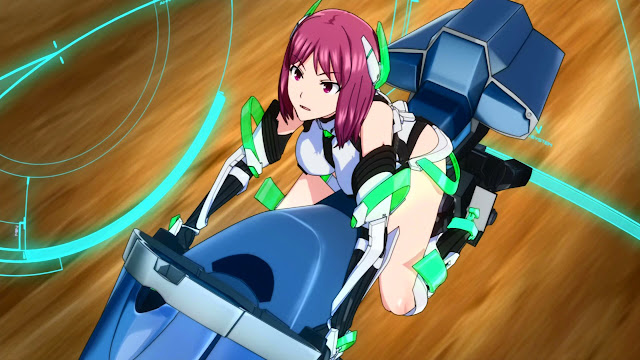 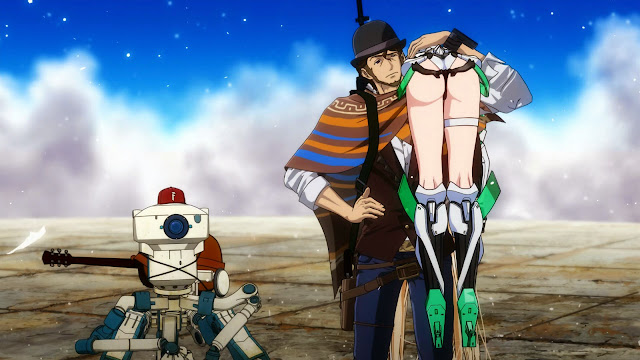 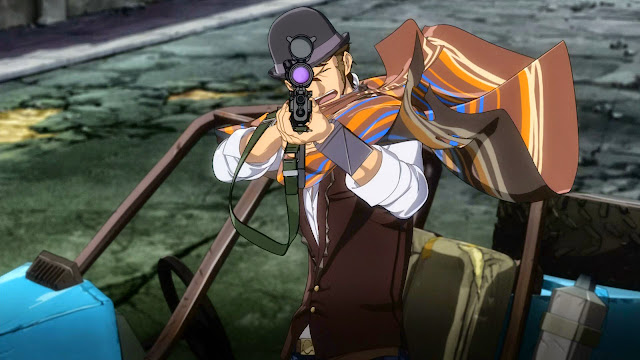 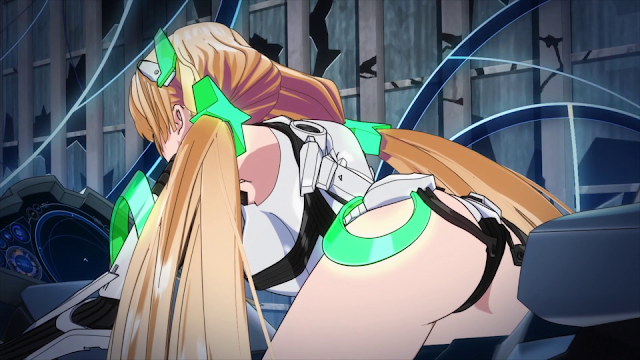 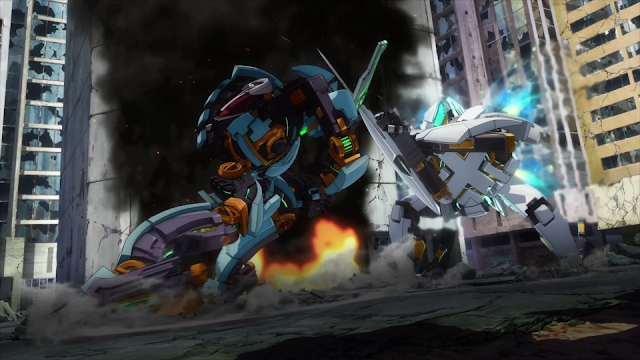 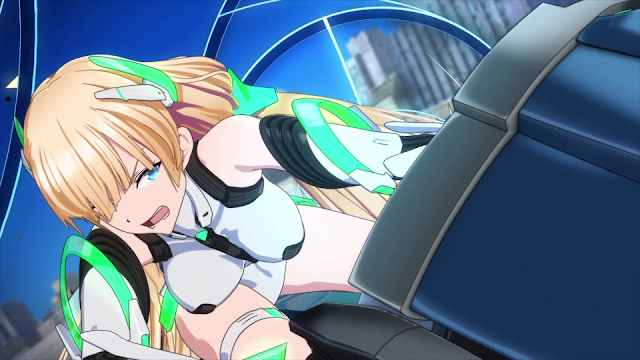 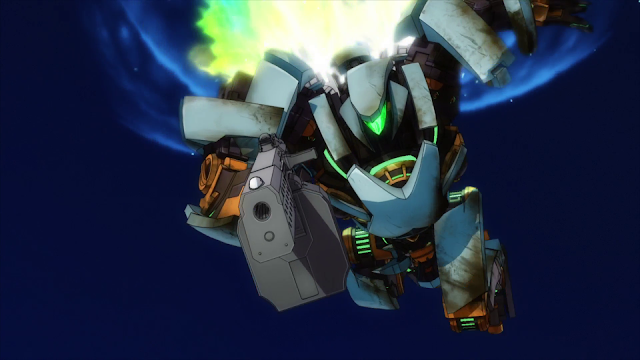 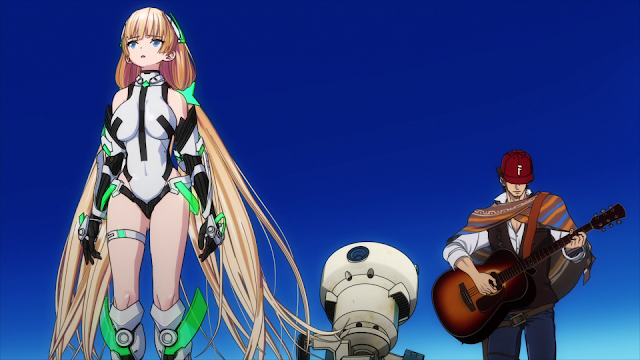 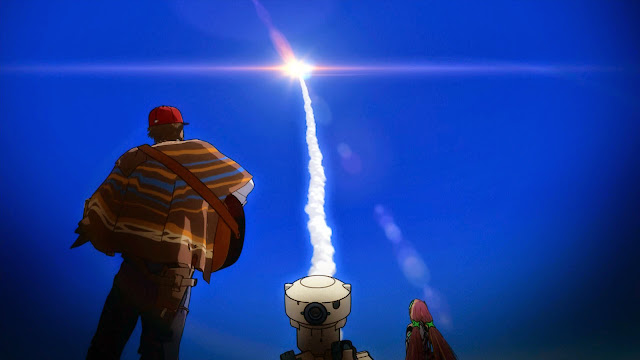 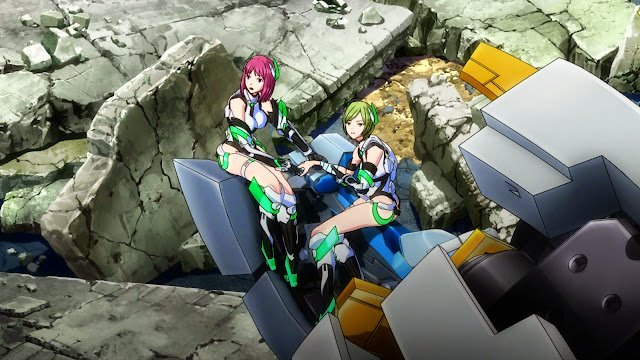 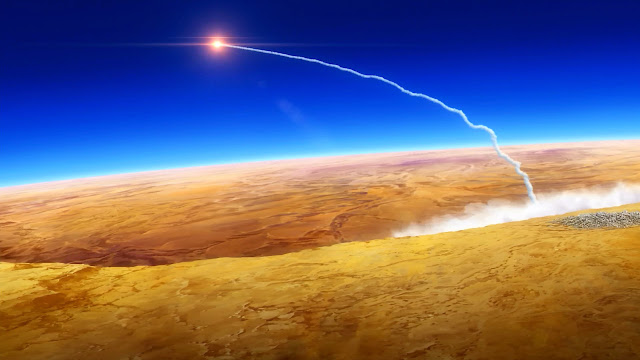 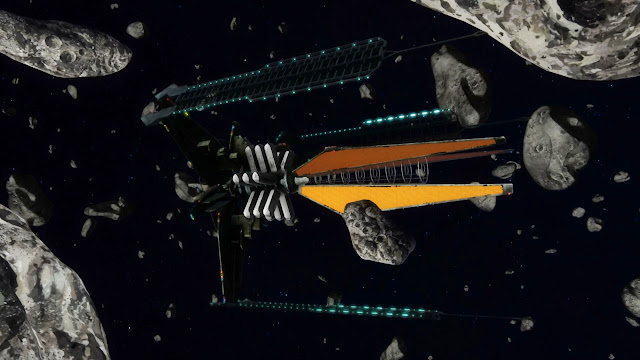 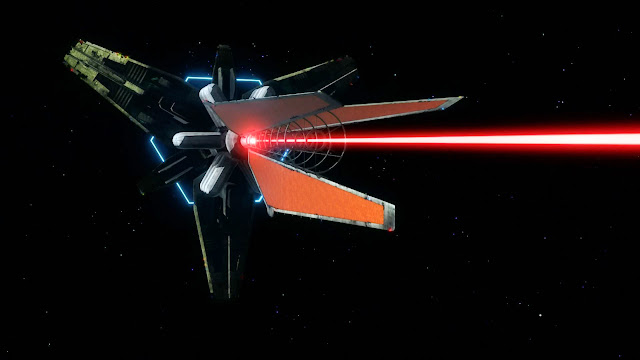 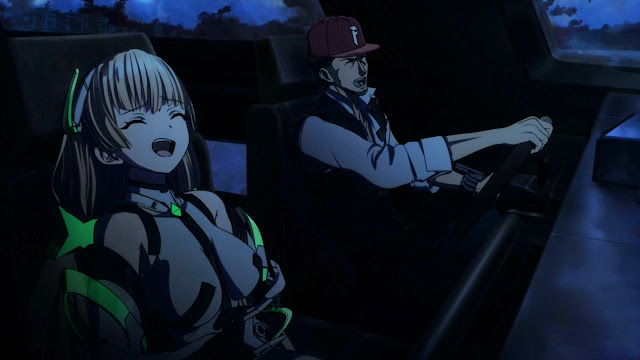 Outside of the kind of thematic discussion that could probably form the basis for an essay in a literature course on speculative fiction (as the allusion to Paradise Lost can attest), Expelled from Paradise is a rather simplistic anime. Bearing a relatively straightforward story, each of Angela, Dingo and Frontier Setter contribute to driving things forward through their dialogue. The story thus rests upon their interactions, and as such, world-building beyond what they say is quite limited. With this being said, the minimalistic plot in Expelled from Paradise nonetheless manages to lead to some interesting discussions, and moreover, as a movie, features solid artwork and animations. All in all, this is a movie that merits watching: it stands worlds apart compared to what Urobuchi is known for, Expelled from Paradise is more optimistic about human nature, which is much welcomed, especially in an age where dark, pessimistic moods are trending. If even this is not a sufficient motivator for watching this movie, then the above screenshots of Angela Balzac can serve as supplementary justification for giving Expelled from Paradise a go.