“But courage which goes against military expediency is stupidity, or, if it is insisted upon by a commander, irresponsibility.” —Erwin Rommel

The second Strike Witches: Operation Victory Arrow volume is finally out, and this time, the episode’s focus is Charlotte and Francesca, who are assigned to a squadron with Hanna and her partner Raisa Pottgen to destroy a Neuroi on Delos Island. While the command’s plan is to annihilate the island completely with the hope of taking out the Neuroi, Francesca’s strong family ties with Delos means that she object’s to the objective, and they manage to convince General Erwin Rommel to change the plan. Their initial strike fails, but the next day, Charlotte, unwilling to let Francesca down, decides to make use of an abandoned ship’s winch to pull the Neuroi out of its hiding place, allowing the naval forces to destroy the Neuroi without any damage to the island. Afterwards, Francesca takes Charlotte and the others on a tour of Delos and its artifacts.

Goddess of the Aegean Sea‘s main message lies with Francesca’s single-minded determination to destroy the Neuroi without causing any collateral damage to the island: having long valued the island as a special place for her family, Francesca is willing to do her utmost to protect her homeland. This stands in stark contrast with her more childish, laid-back mannerisms throughout most of the TV series, and together with another episode from the second season, demonstrates her love for Romagna and that, when the chips are down, even the youngest of the 501st is indeed a capable Witch. This OVA also shows a more serious side to Charlotte, as well: similar to Francesca, Charlotte is generally easy-going, but is ever-willing to help Francesca out to the fullest of her abilities. Conversely, because Hanna cannot initially understand the island’s emotional value to Francesca, she is unable to contribute to the fight on their first attempt to destroy it. A conversation with Raisa and Colonel Edytha Neumann rectifies that: and after watching Charlotte’s efforts to utilise a winch to force the Neuroi out, finally lends herself to carry out the mission and learns that Delos was worth preserving after all. 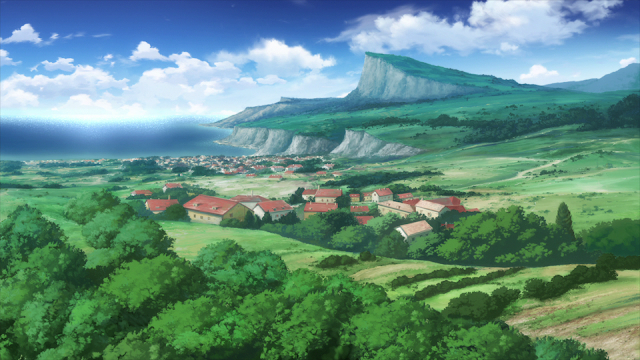 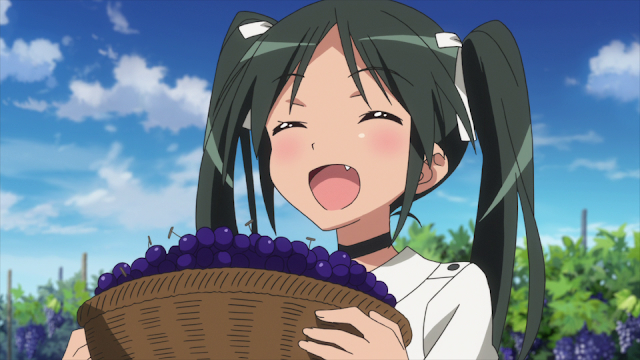 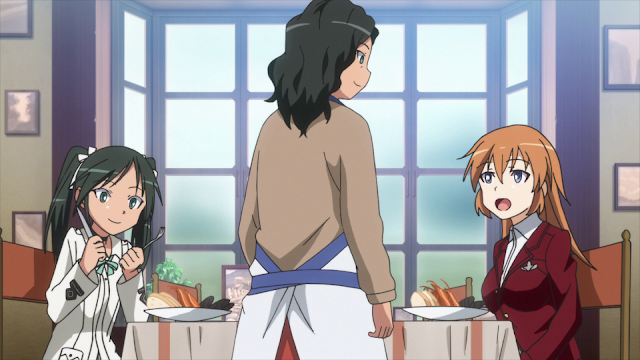 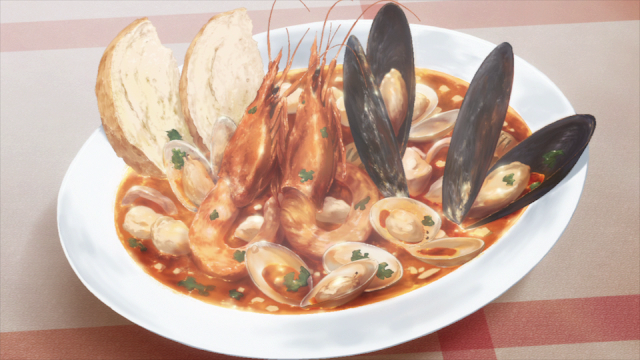 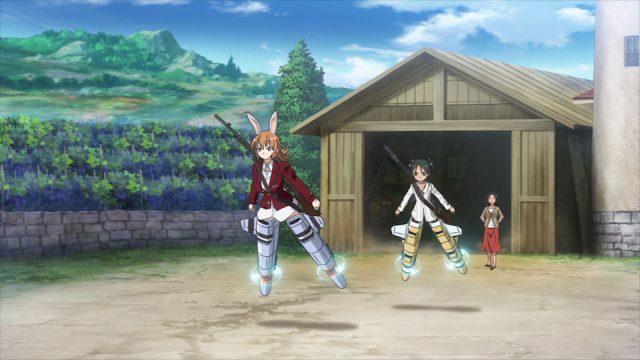 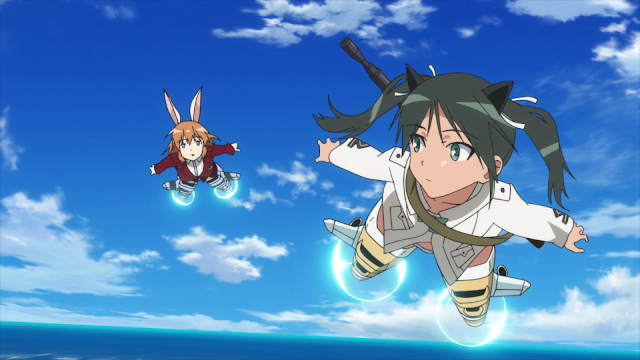 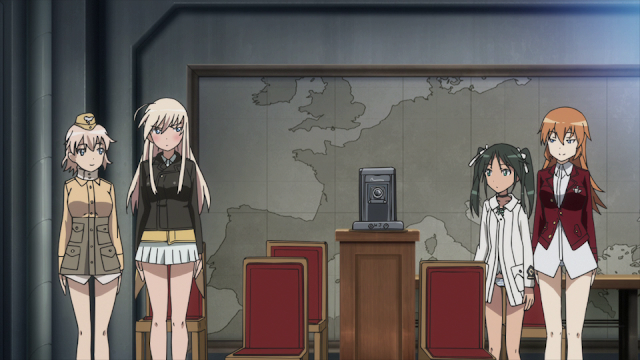 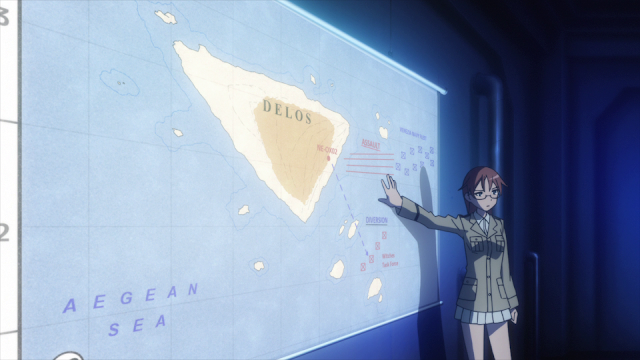 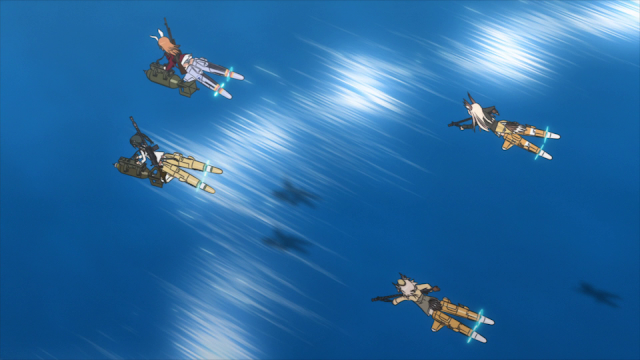 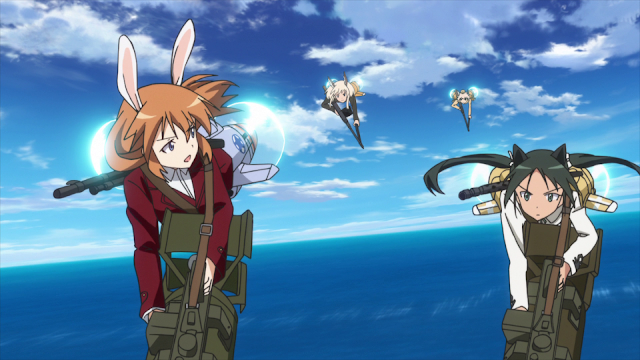 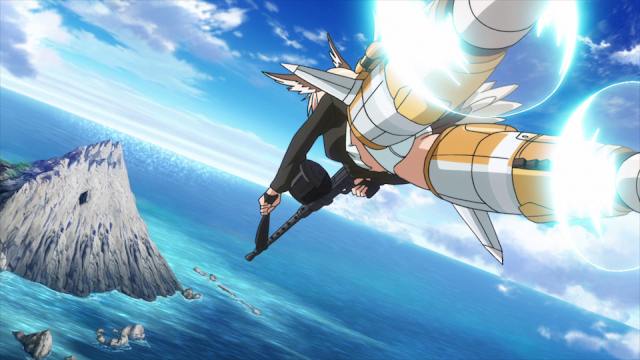 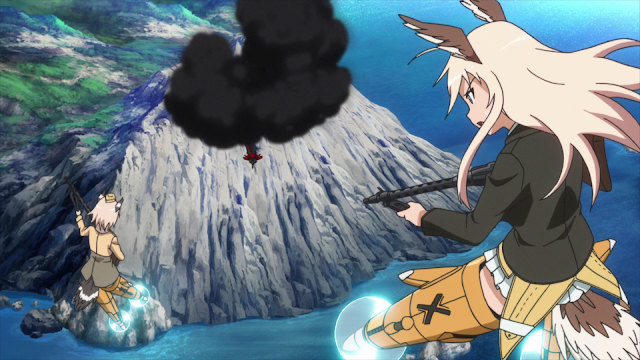 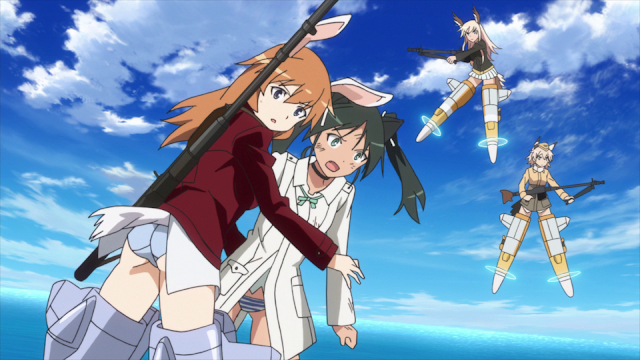 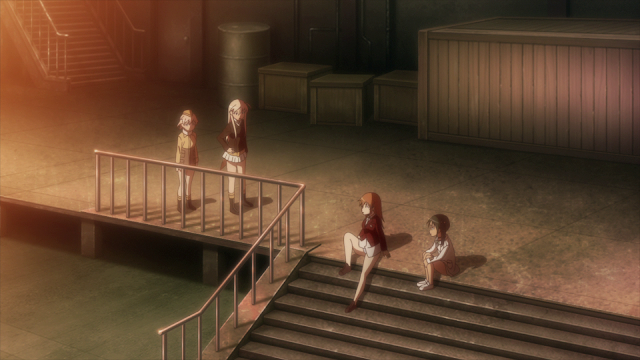 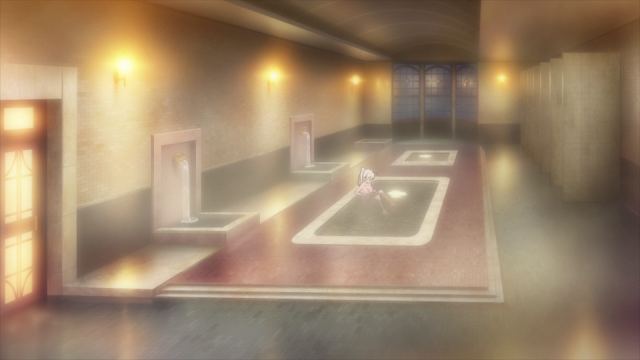 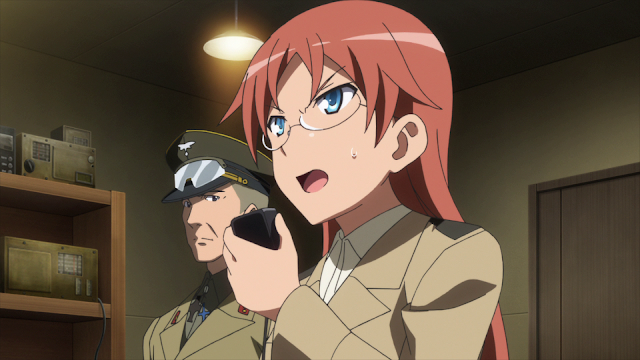 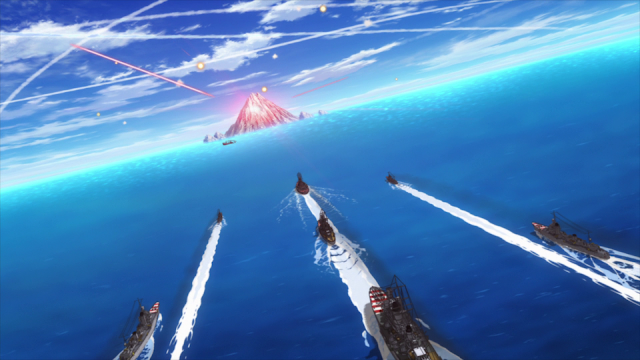 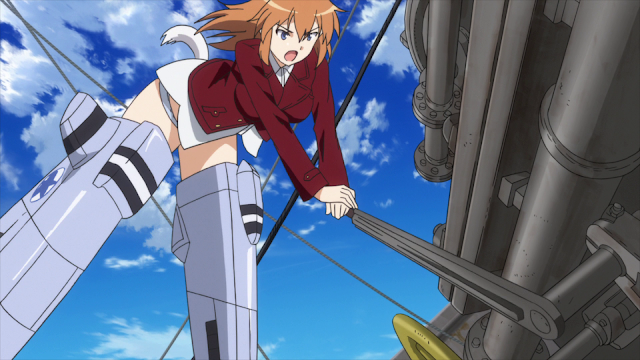 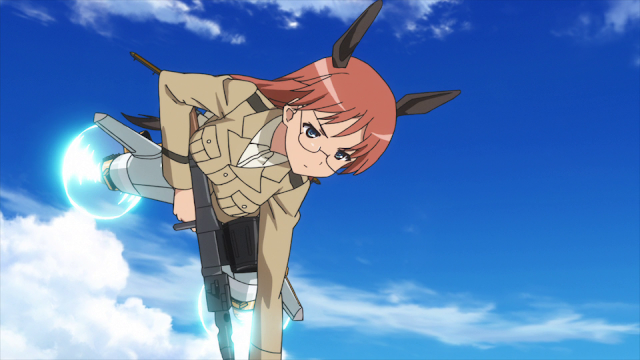 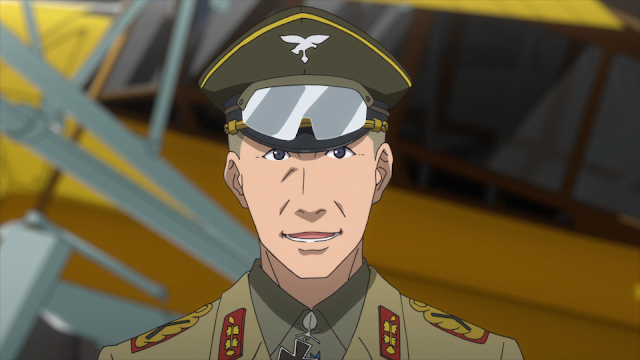 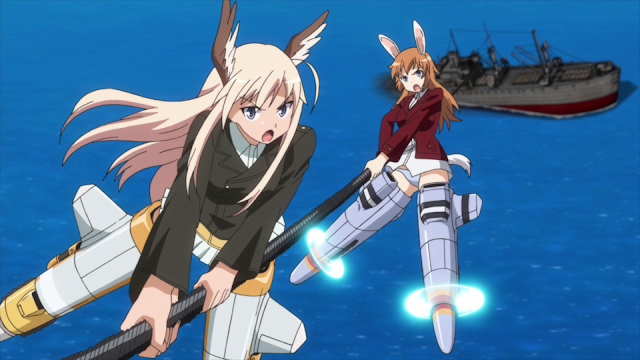 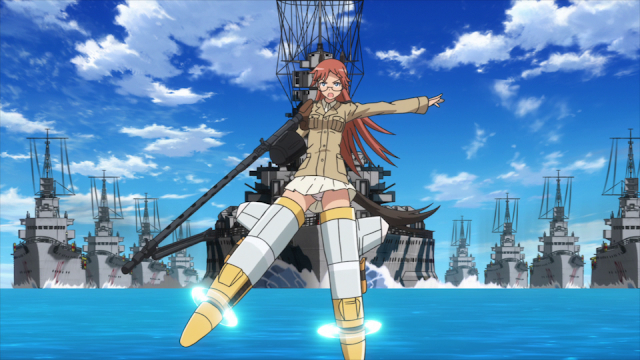 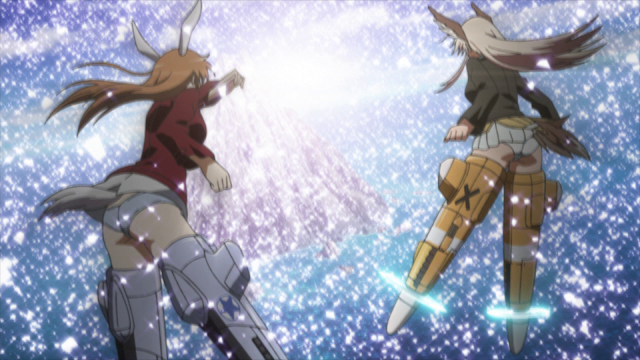 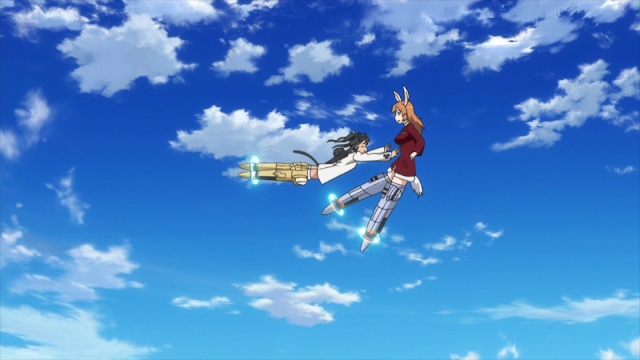 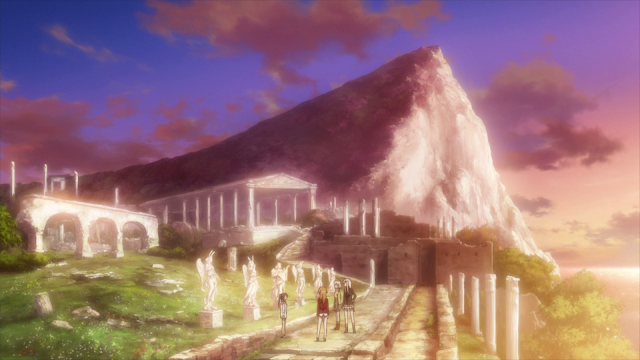 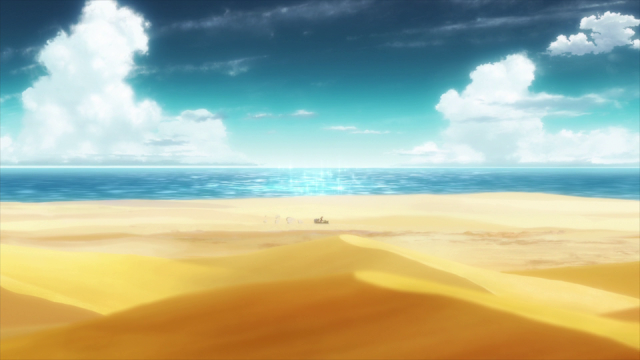 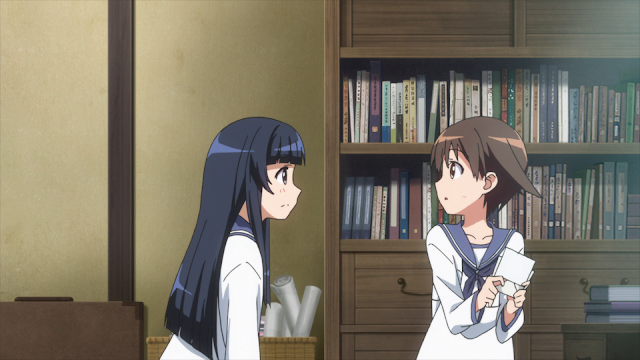 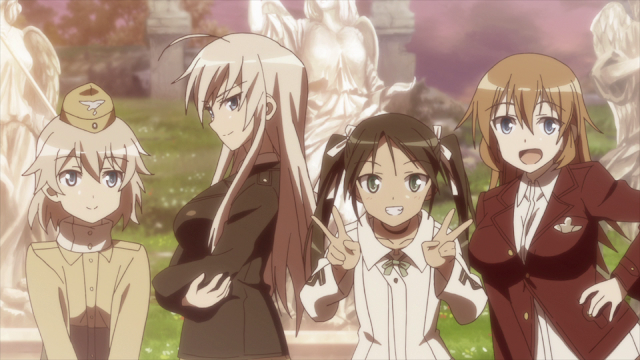 St. Trond’s Thunder was about Erica’s aversions to experimental technology, and the second Strike Witches OVA manages to keep pacing with the first episode and continue to tell a compelling story that manages to be self-contained and satisfying. While the TV series was purely dedicated towards illustrating the character dynamics amongst the whole of the 501st, the OVAs’ setup allow for characters to be fleshed out, both with respect to their typical character and their more serious sides. Thus, even though St. Trond’s Thunder had already done so, Operation Victory Arrow manages to impress again with its focus and decision to present a serviceable story while simultaneously maintaining the atmosphere that viewers have come to expect from Strike Witches. This allows the audience to empathise with the characters to a greater extent and become invested in the outcome of their adventures; it’s a welcome direction in the Strike Witches franchise and does much to convey the idea that such a world, rich in lore, can be properly explored even if there is a lack of pants. The next and final OVA, Arnhem Bridge, will feature Lynette Bishop, Perrine H. Clostermann and Amelie Planchard. It’s set for a release in Japanese Cinema on May 2, 2015, and assuming the three month trend to hold, we could see this OVA out by late July to early August.