Hibike! Euphonium, or Sound! Euphonium, is Kyoto Animation’s anime of this season, structured around Kitauji high school’s concert band who once participated in competitions at the national level. However, they’d declined dramatically and since then, have not made it past the qualifiers. This changes when Noboru Taki , a new music advisor is appointed, and under his instruction, the concert band begins its journey to restructure and perform as well as it once did. Kumiko Oumae joins Kitauji’s concert band with Hazuki Katou and Sapphire “Midori” Kawashima, and is once again persuaded to take up playing the euphonium. However, the journey to a recovery is not an easy one, and already, a divide has formed, with some of the concert band’s members not pulling their weight adequately. This does not go unnoticed by Noboru: despite his laid-back and calm demeanour, as well as his value on allowing the music students to grow independently, he is also very forward about what he thinks of their performance. This sort of attitude is precisely what shakes people out of their apathy and complacency; from a literary perspective, he is the preson who disrupts the status quo and will set in motion what’s to come. Coupled with the emphasis on the smaller details, such as breathing from the diaphragm and training up the embrasure, Hibike! Euphonium immediately lets the audience knows that this is going to be a series that is about music, and the sort of commitment that one must take to improve sufficiently such that they can realise their aspirations.

At the time of writing, it’s been nine years since I last picked up a clarinet or trumpet. In previous posts, I’ve alluded to being a reasonably proficient player with both instruments; I was once a part of my junior high’s concert band, and picked the clarinet as my first instrument. Why the clarinet? There’s nothing particularly deep here in my case: I chose the clarinet becuase it was the only instrument that I could initially get a sound from, and within a year, I became reasonably proficient. My grades in concert band were always quite good, and I spent countless hours a week practising, both the music in the practise books, music for school performances and competitions and playing music by ear for the sake of it. I intrinsically have no musical talent, and spent my time doing martial arts and reading in place of piano and violin lessons as my peers were wont to sign up for. Nonetheless, being a part of a concert band was, for the lack of another word, fun: I loved practising with the entire band, and although I was infamous for playing my parts too quickly when I’d started, eventually, I managed to synchronise with everyone else. Our band won several competitions, as well, and in my final year, I played trumpet for the jazz band, having taught myself how to play during the summer. Looking back, I find it to be somewhat surprising that I managed to participate in music and perform well on the virtue of just practise alone, and consequently, if someone with no musical background can do this, I anticipate that the characters in Hibike! Euphonium will naturally realise the scope and implications of their intentions to compete at the national level, and above all, understand the joys associated with succeeding, having cultivated such a strong commitment to something they genuinely wish to contribute to. 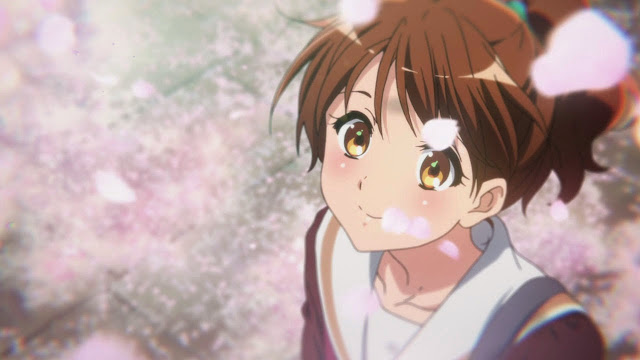 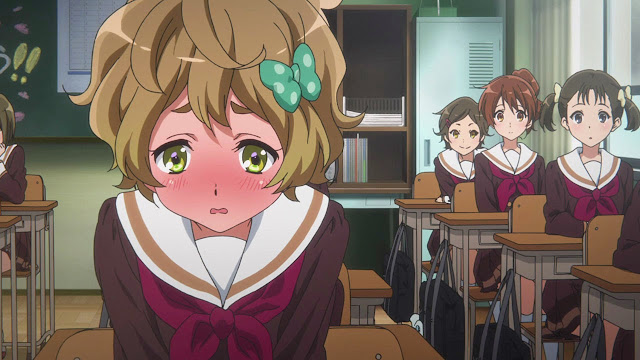 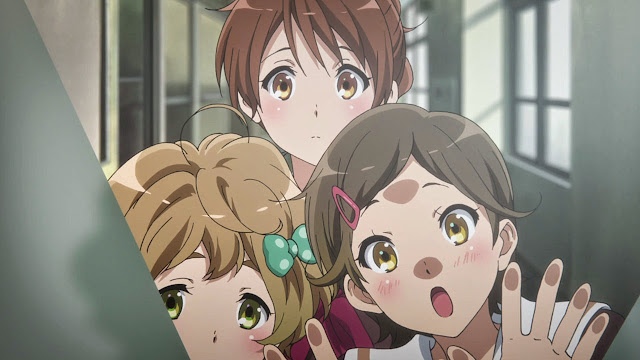 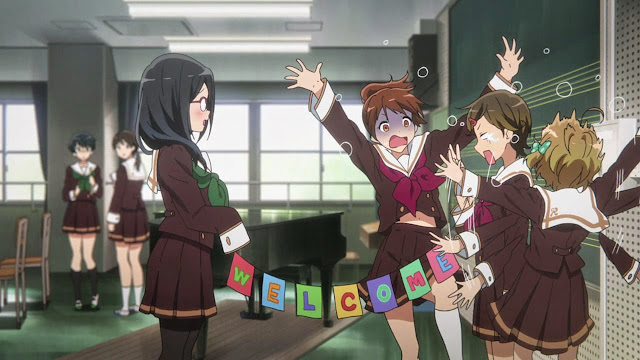 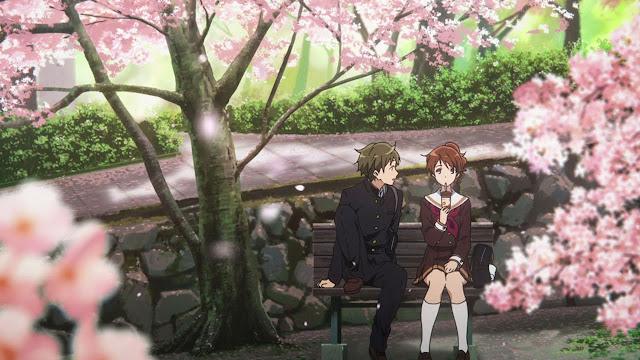 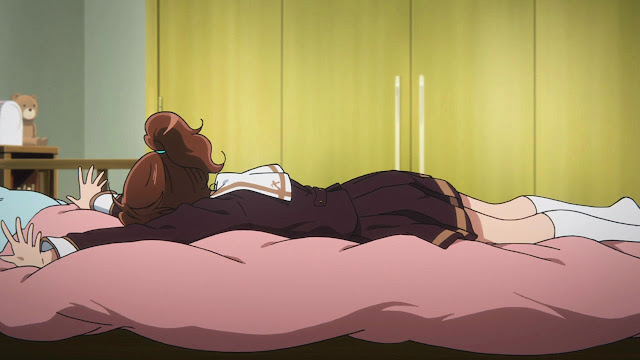 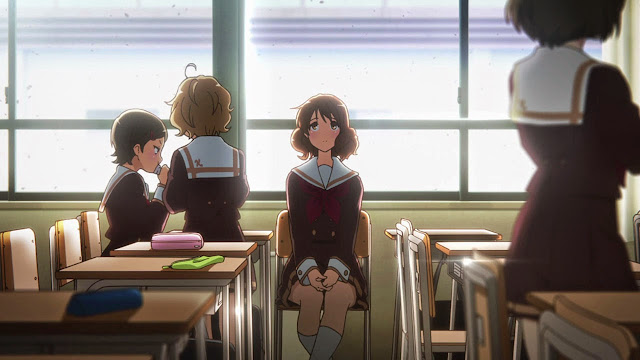 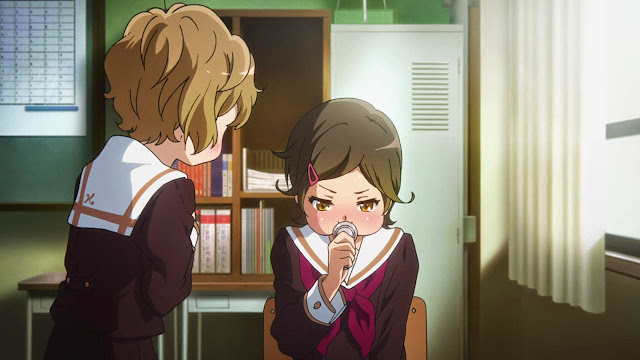 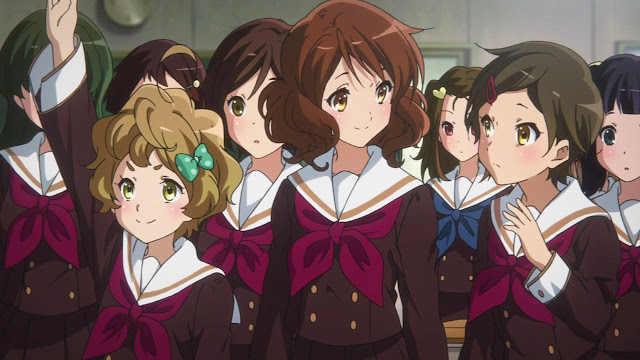 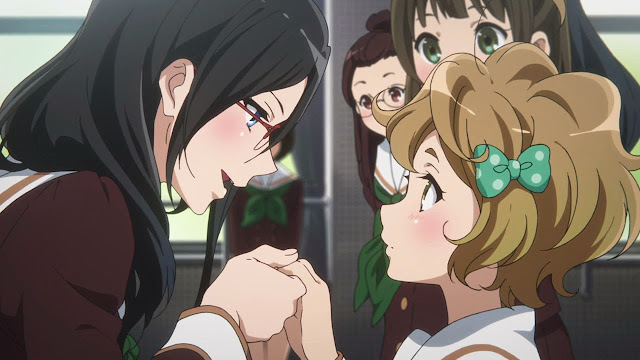 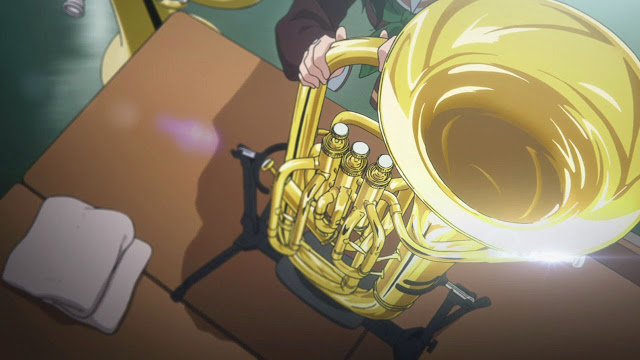 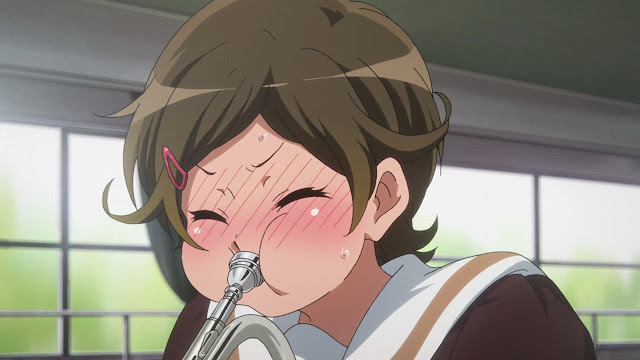 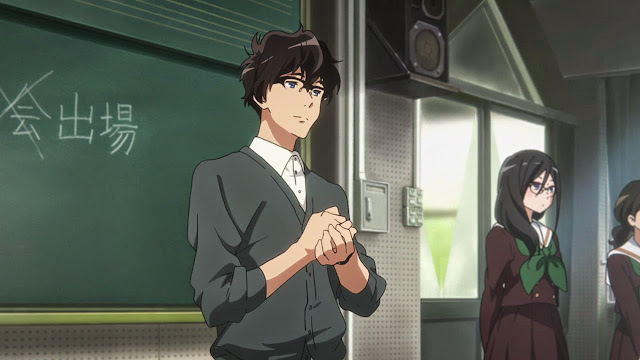 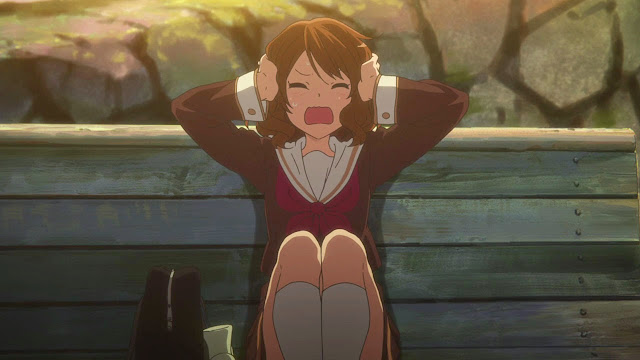 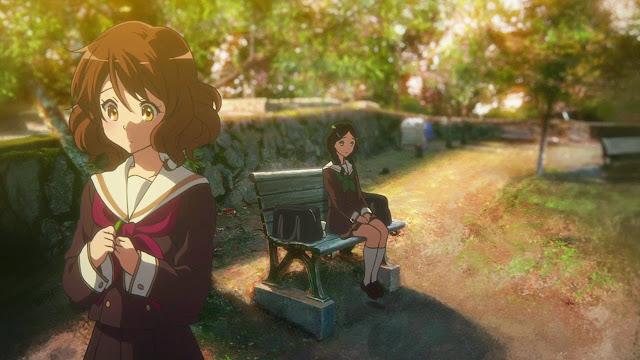 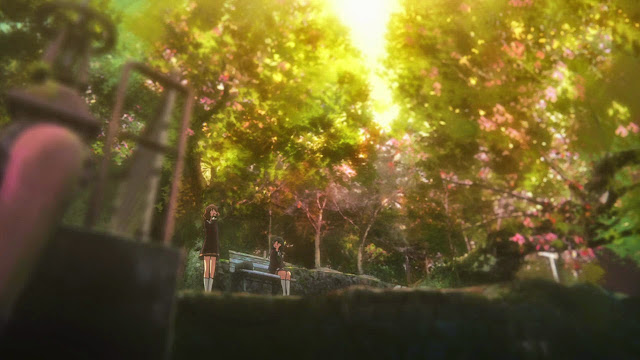 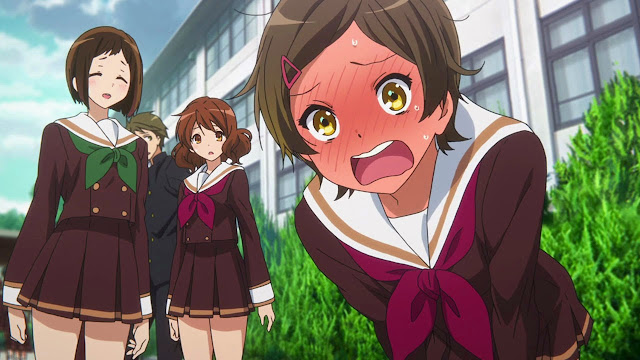 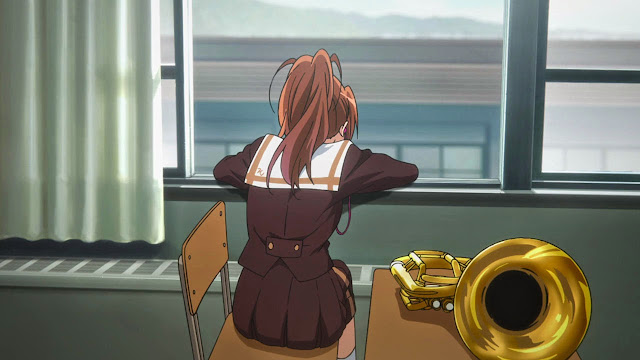 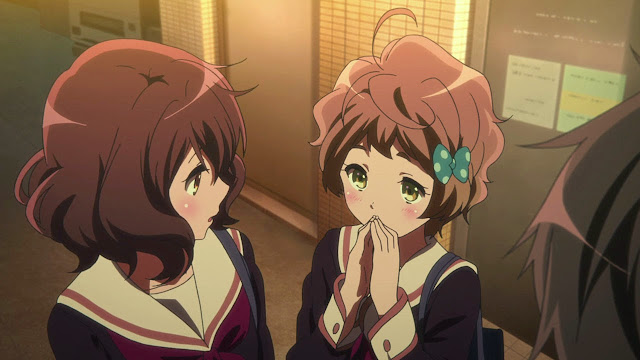 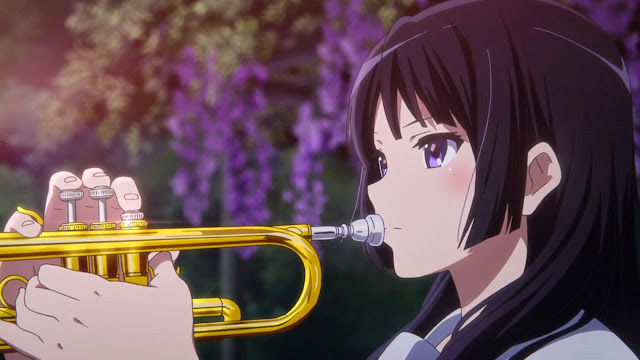 Hibike! Euphonium stands to become a solid anime for the same reason that Girls und Panzer was enjoyable: both anime feature a formerly top-tier club that had fallen by the wayside. In Girls und Panzer, twelve episodes was all it took to tell an immensely thrilling and meaningful story, and though it might’ve been troubled by some production issues, the series was by all means exceptional. However, with Kyoto Animation at the helm, and the fact that I can relate to the story immediately, I foresee that Hibike! Euphonium will probably be one of Kyoto Animation’s better anime. The story is already highly engaging and relatable, but Kyoto Animation appears to have stepped up their craft further. The sound is fantastic, and though I’ve not picked up a clarinet or played in a concert band in over nine years, Kyoto Animation is able to portray both the excellent and inexperienced bands: in Kitauji’s performances, I can hear individual clarinets squeaking. Different sections going off-tempo and off-tune can also be discerned, illustrating the sound quality that’s gone into production. The visuals have also taken off: the amount of detail that is present in the individual instruments (and in particular, lighting effedcts) is absolutely amazing, and the landscapes themselves are detailed enough to challenge even Makoto Shinkai’s. Three episodes in, I cannot find any substantial faults with Hibike! Euphonium, and would easily recommend this anime- a fantastic voyage doubtlessly awaits, and I look forwards to seeing what happens with Kitauji’s concert band as they improve and spend more time with one another.

5 responses to “Hibike! Euphonium: Reflection and review after three”