Wolfenstein: The New Order, Review and Reflection At the halfway point

At the halfway point in Wolfenstein: The New Order, I’ve seen Blazkowicz reawaken after fourteen years of inactivity, learn of the Third Reich’s victory in the Second World War. He learns that the resistance has been captured, and sets about freeing their members; since I picked the Wyatt timeline, I ended up liberating Wyatt. Joining up with the Resistance, Blazkowicz then blasts his way through the London Nautica to steal stealth helicopters, and also learns about the Da’at Yichud, an ancient secret society that constructed incomprehensibly advanced technology. This technology was later reverse-engineered by Nazi scientists and used to win the Second World War, accounting for how they beat everyone to the bomb and created a nigh-unstoppable war machine. However, Blazkowicz’s efforts revitalise the Resistance, and they also learn that a living member of Da’at Yichud, Set Roth, was responsible for sabotaging the Nazi’s super concrete and is incarcerated at a prison camp in Croatia. Infiltrating the camp, Blazkowicz liberates him and other prisoners, as well; keeping his word, Set Roth agrees to help the Resistance fighters undermine the Third Reich.

Wolfenstein: The New Order has proven itself to be anything but a dull shooter; seven chapters after the prologue mission, I’ve experienced seven different environments that demand different tactics. Stealth is a hugely viable option for most of the game, and players can avoid unnecessary confrontations through caution and well-placed headshots using the silenced pistol in conjunction a bit of skill with thrown knives. At Eisenwald Prison in Berlin, weapons aren’t even an option for much of the mission, forcing players to think creatively to get past the guards or find new paths with the laser cutter. Upon visiting the home of the Resistance, the game’s dynamic shifts again, feeling like a town hub in a RPG. These elements, combined together with the various news paper clippings in the environment and idle dialogue between the enemy soldiers, solidly provide the sense that Machine Games have taken the time to craft an incredibly detailed, and dark world. Instead of just shooting Nazi soldiers, the players have a chance to really immerse themselves in an alternate history where the Allies never won. The resulting world is an extension of the horrors the Third Reich committed, made possible by the technology reverse-engineered from the Da’at Yichud: this can be seen in both Eisenwald Prison and the labour camp, where prisoners undergo horrors that mirrors those committed in the Second World War, and even ordinary citizens live in a bleak, totalitarian world. This sort of environment adds an additional dimensional to Wolfenstein: The New Order, giving weight and reason for Blazkowicz to continue his fight against the Nazis. However, players with a penchant for stealth may also listen in on conversations between some of the Nazi soldiers, and contrasting the game’s villains like General Deathshead and Frau Engel, everyone else seems to be ordinary people doing their jobs. Yes, it’s the game’s objectives to kill them and advance, and yes, they’re merely a collection of mesh data and components governing their behaviour, but the fact that Wolfenstein: The New Order is able to get players to pause for a moment and think about things before plunging a knife into a Nazi’s skull attests to the game’s uniqueness compared to other titles. 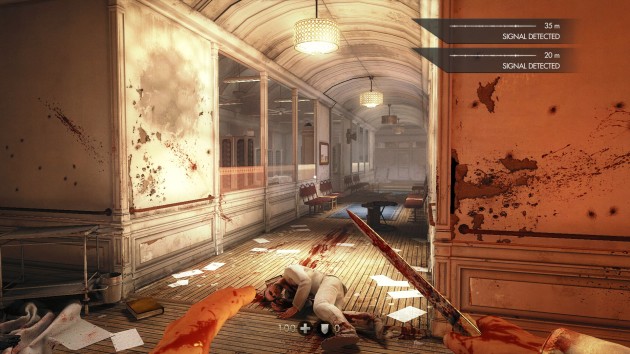 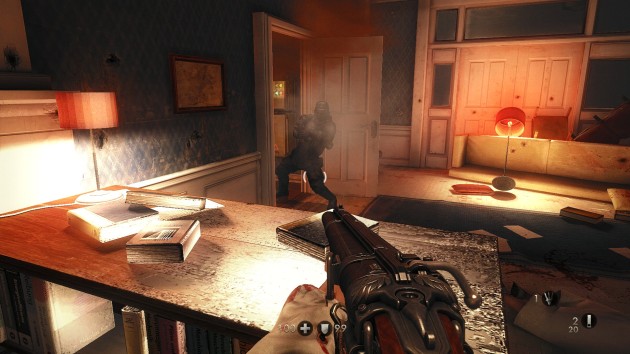 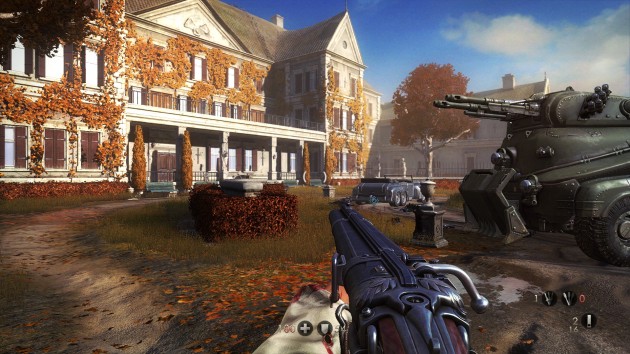 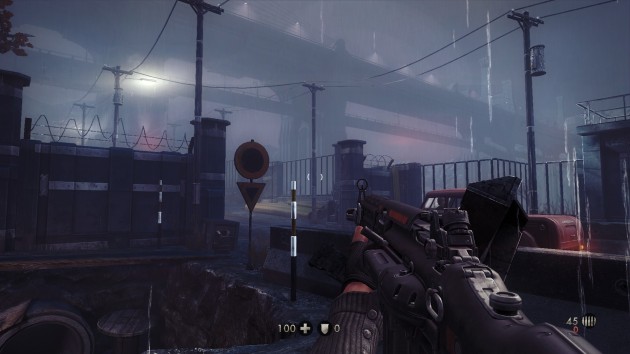 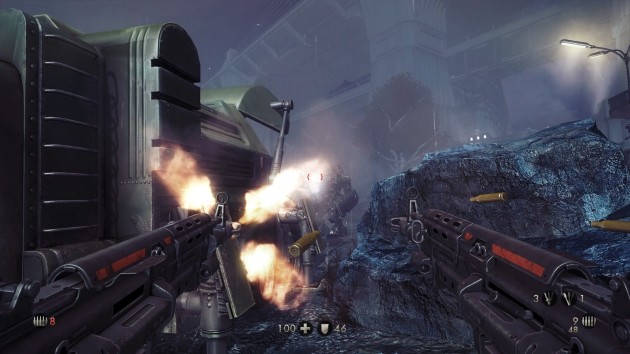 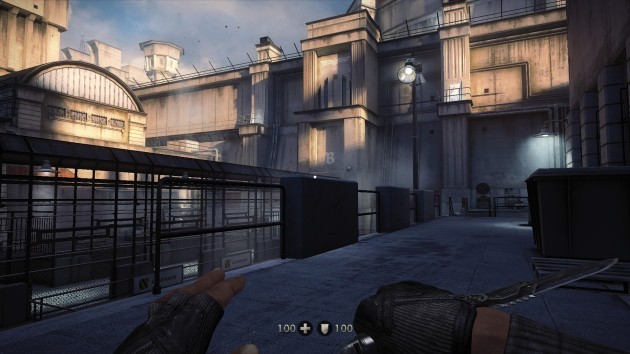 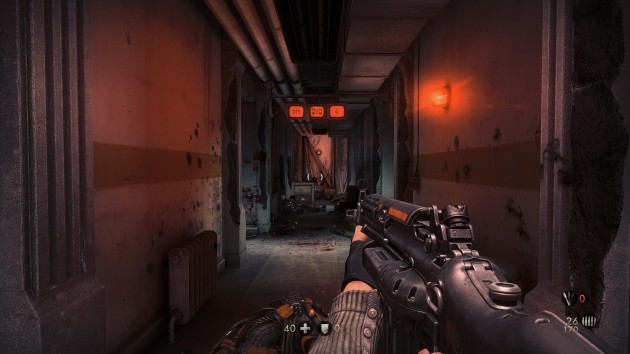 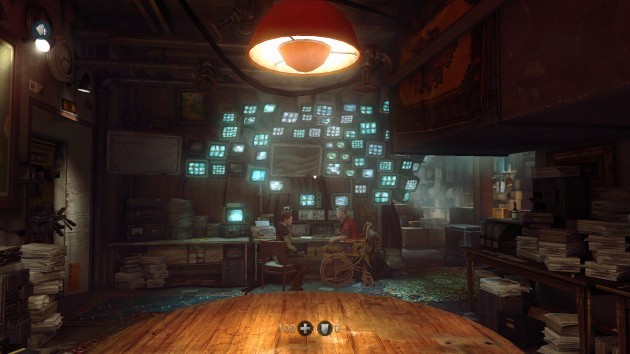 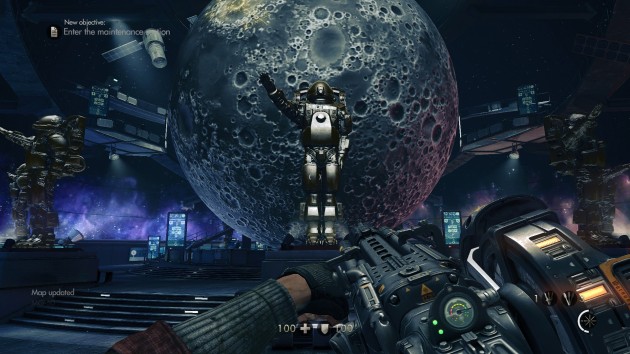 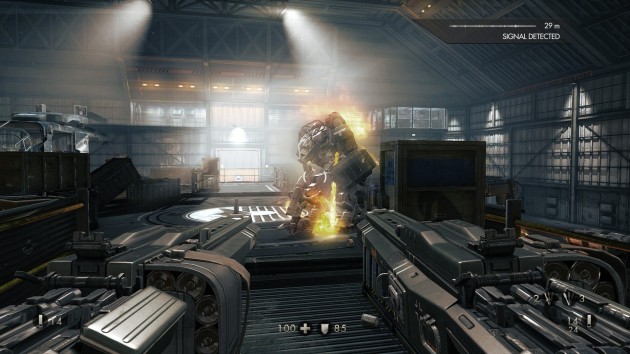 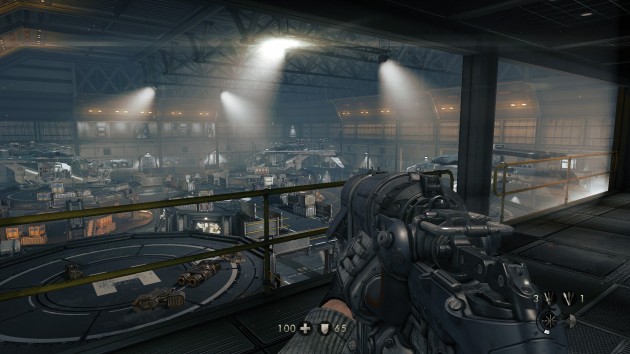 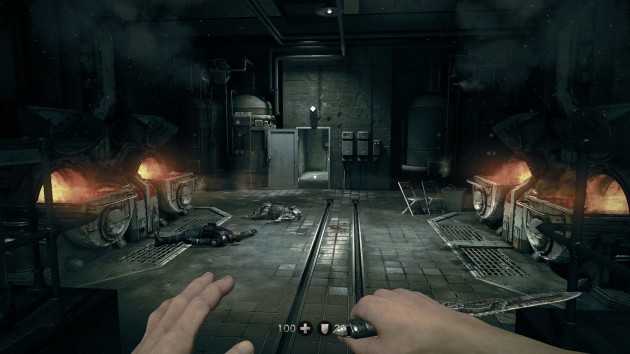 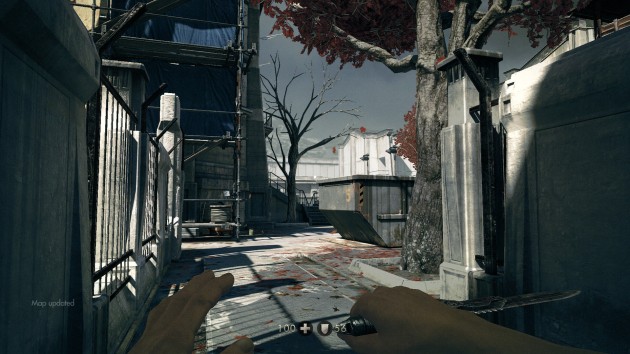 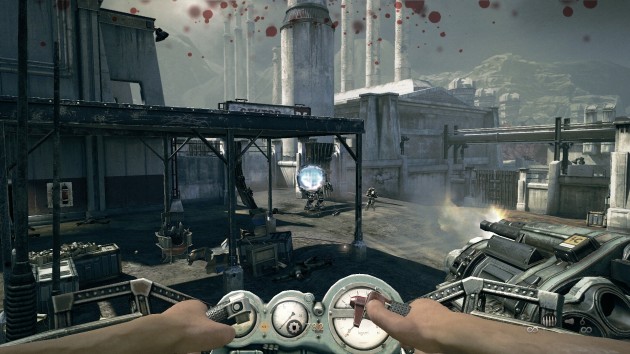 I’m likely to finish Wolfenstein: The New Order quite quickly a this point; the world Machine Games has built is incredibly compelling, and the gunplay is absolutely solid: there doesn’t need to be any hit markers when I fire, because every successful hit is denoted by visual cues, whether it be the enemy soldier recoiling, bleeding, losing limbs, or in the case of the more powerful weapons, outright exploding into blood and chunks of meat. of course, I needn’t actually do this, since stealth is an equally viable option, and Wolfenstein: The New Order has a system that rewards players for following a certain style, providing perks to facilitate different approaches to the game. It’s mildly ironic, but in a game whose most famous incarnation was characterised by straight-up firefights, I’ve found that stealth is hands down, the best option in Wolfenstein: The New Order. The game’s first half was a slower-paced, modestly linear tour of the world the Nazis have created, and with Blazkowicz set to steal a Nazi U-Boat armed with a nuclear cannon, the second part is going to be a hugely cinematic experience that I cannot wait to experience.