Our last Summer of high school, is spent waiting for that Summer: Ano Natsu de Matteru OVA Review and Reflection

“It’s great to reminisce about good memories of my past. It was enjoyable when it was today. So learning to enjoy today has two benefits: it gives me happiness right now, and it becomes a good memory later.” —George Foreman

Ano Natsu de Matteru (Waiting in the Summer, literally Waiting for that Summer) finished airing back in March 2012, a time when I was gearing up for a biochemistry exam, as well as finishing a cell and molecular biology project and a bioinformatics assignment. I did not begin the anime until May 2012; this blog was nearing its 100th post at the time, and I began a physics course. As well, Gundam Unicorn‘s Black Unicorn aired around this time, as well. Over the course of June, amidst studying for physics and the MCAT, I made my way slowly through Ano Natsu de Matteru, and by the time I finished in July, I found an interesting anime that acted as a call-back to Onegai Teacher, while simultaneously providing a different setting to portray how romance and love may play out, whether it be the courage to accept unrequited love, or the courage to start something new. Thus, Ano Natsu de Matteru moved to the back of my mind, and it was only quite recently that I heard about the OVA. Announced back in March 2014, this OVA was released with the Blu-ray volume in August 2014. Viewers were looking for a second season, or an extended episode that would provide closure for the different relationships amongst Kaito’s group of friends. As the OVA progresses, the story materialises into one of reminiscence and nostalgia. Set two years after the final episode, Tetsuro finds one of Kaito’s old film reels, and the latter decides to watch it later that evening. Said reel recounts Ichika’s antics after Remon provides an alcoholic drink to her with the aim of gaining inspiration for their film. After Kanna and Mio accept drinks from Remon, they also succumb to the effects from EtOH, and Remon films the ensuing chaos for their film.

At present, I’m feeling nostalgic about my summer from three years ago, and this OVA seems to capture that spirit exceptionally well. Sitting in their final summer break before graduating from high school, Kaito and company are wondering how to make the most of their summer, all the while gearing up for the journey ahead. This cusp between high school and graduation is a non-trivial transition, and consequently, everyone is seeking out their futures. However, the message here is that those memories from our past are precious; Kaito remarks that Ichika’s presence, and the adventures that they shared, was what drove their group of friends closer together. Watching that film reel would have been like reading an old diary entry, albeit one that also captures the visuals and sounds of a moment- these elements do much to capture the emotions and spirit of one’s memories, more effectively than do words and photographs alone. While the OVA does not introduce anything new to the table, or bring any closure to Kaito’s feelings for Ichika, it does much to invoke memories of what I myself was doing back when I first watched Ano Natsu de Matteru: a well-executed anime that is capable of leading its viewers to empathise with the characters. 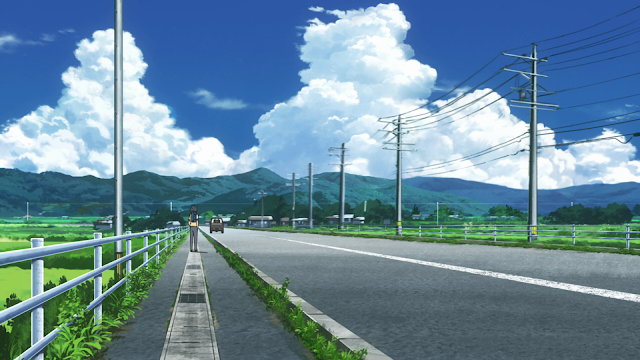 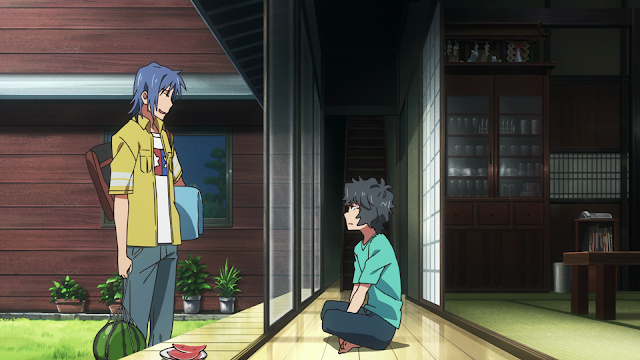 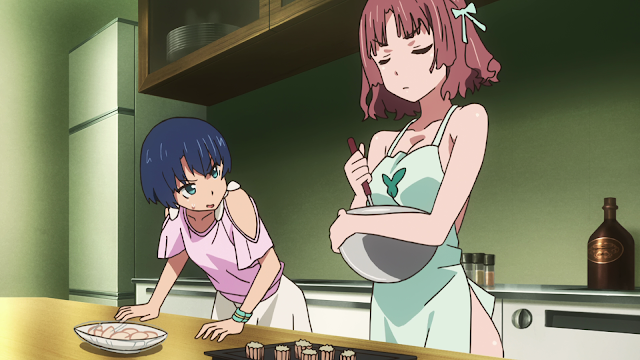 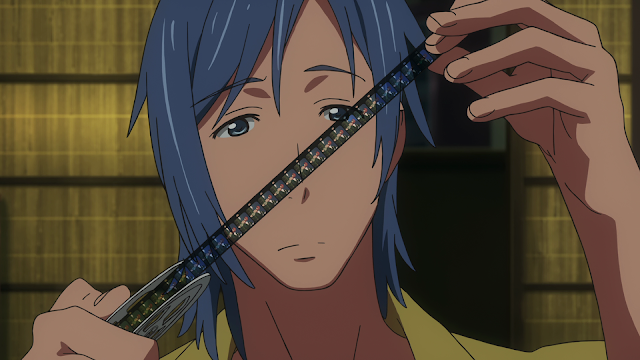 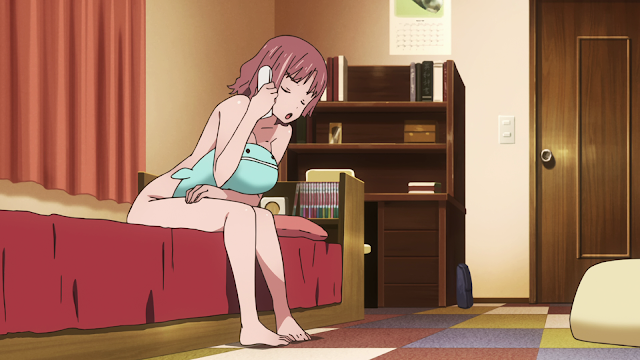 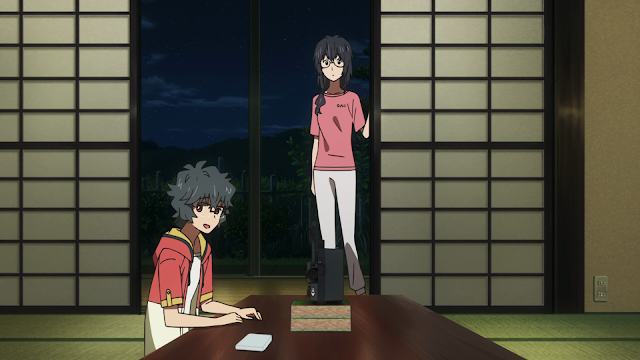 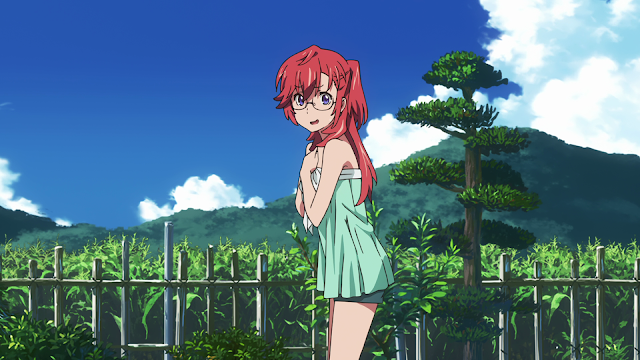 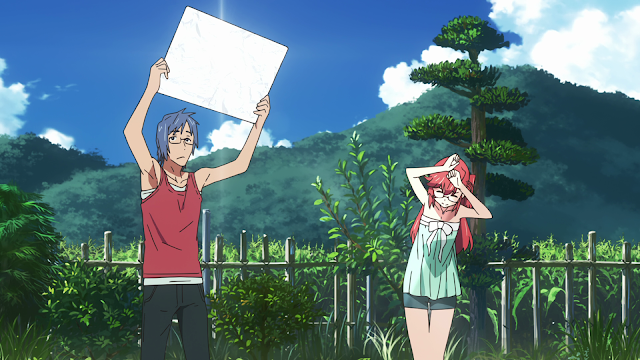 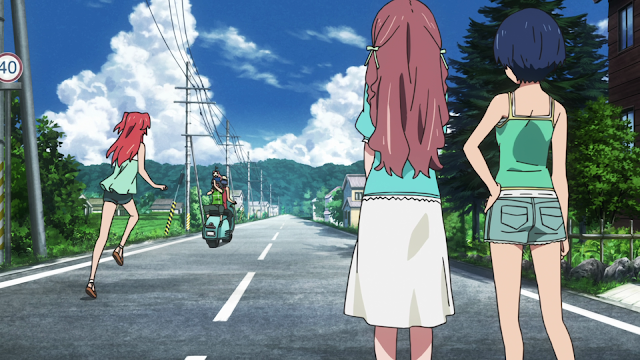 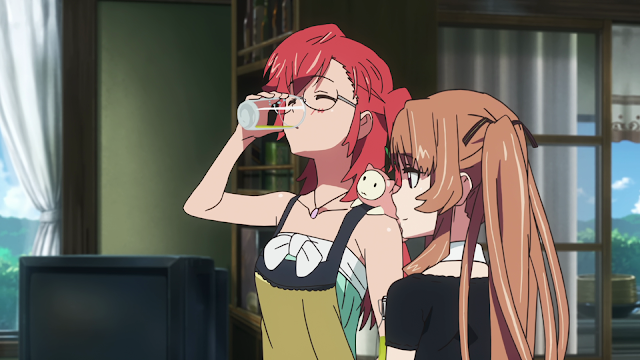 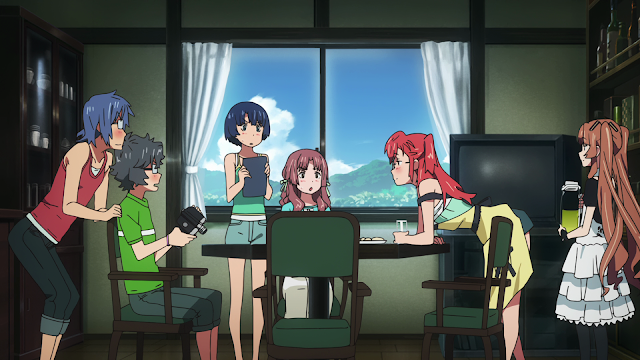 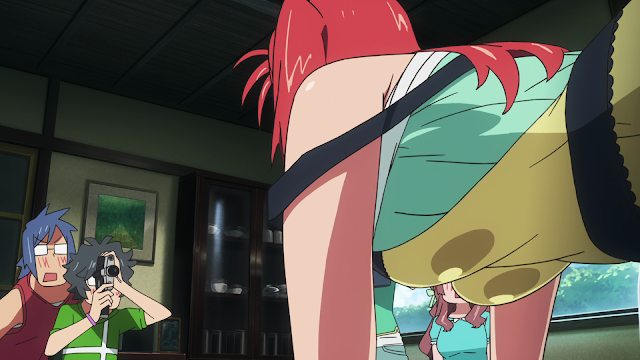 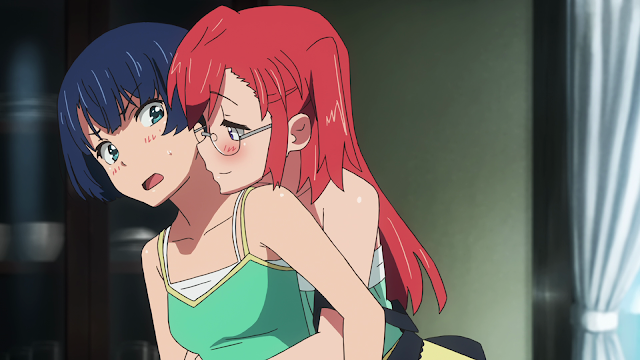 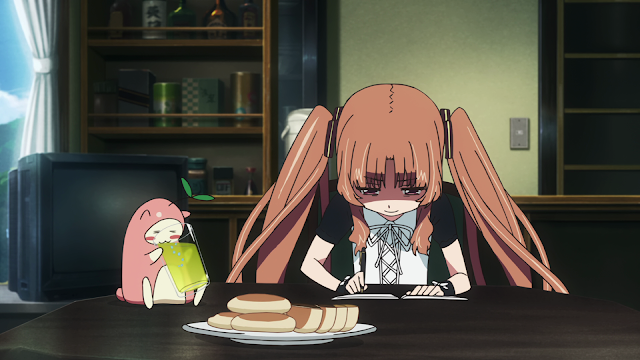 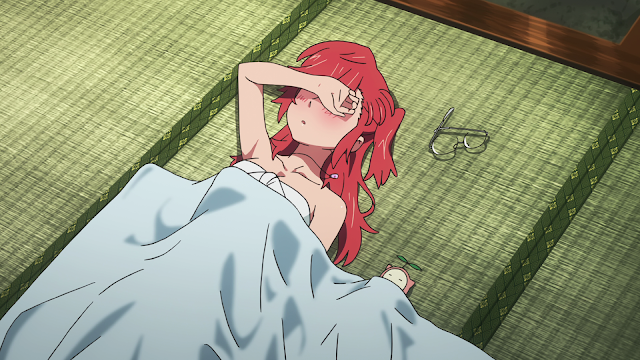 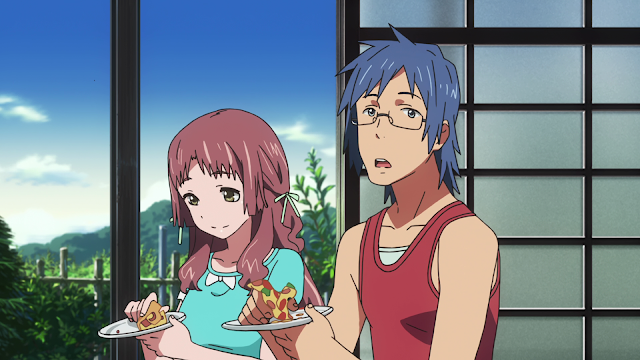 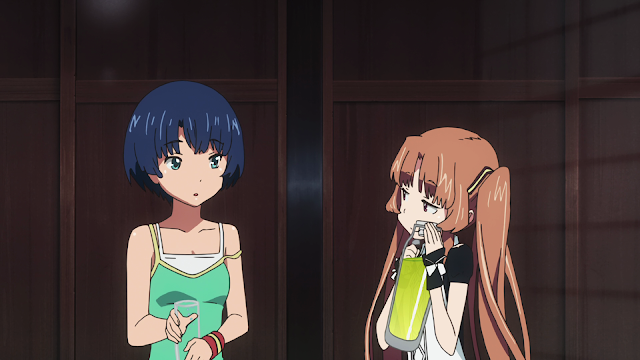 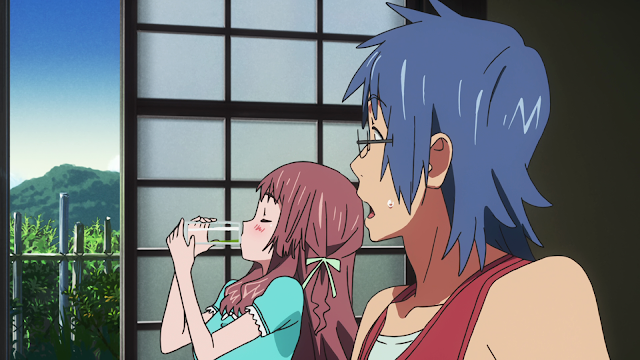 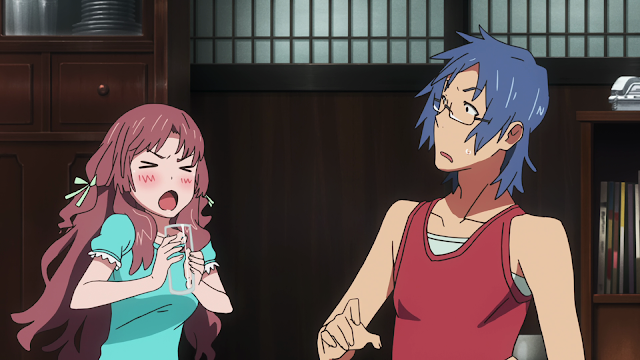 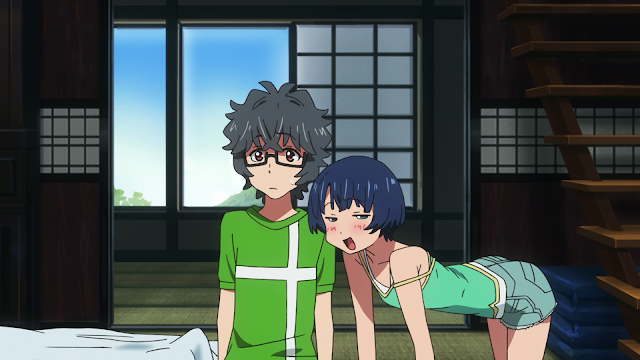 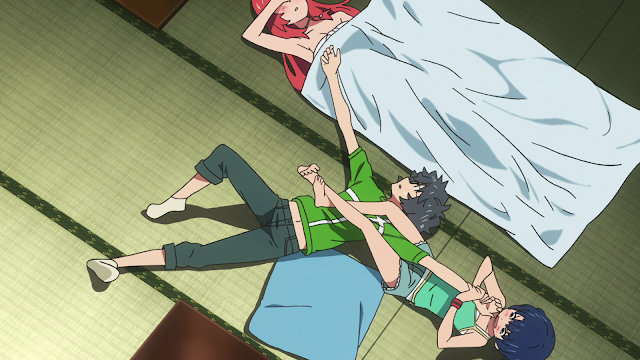 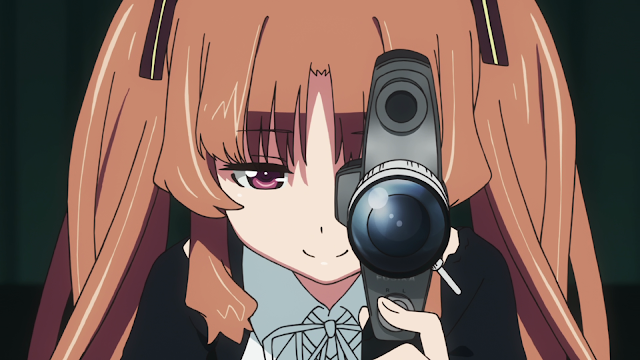 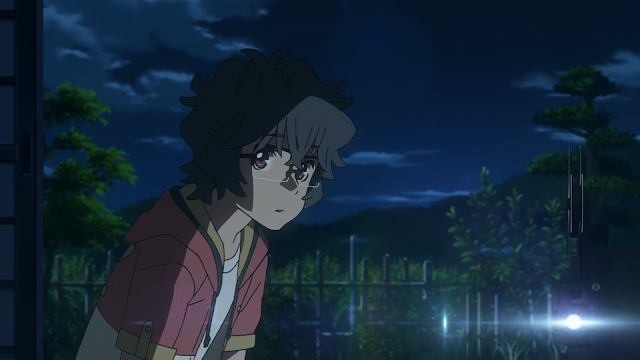 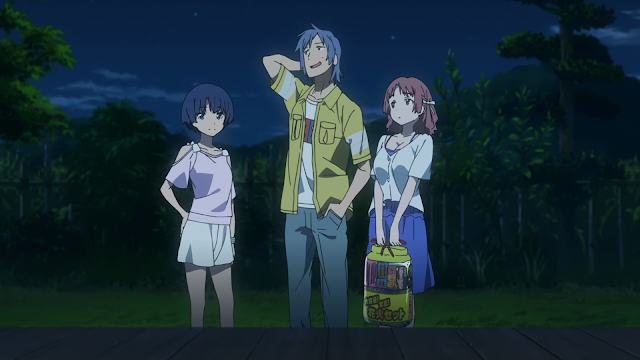 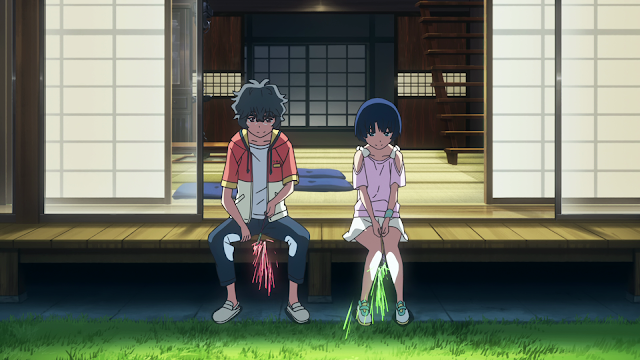 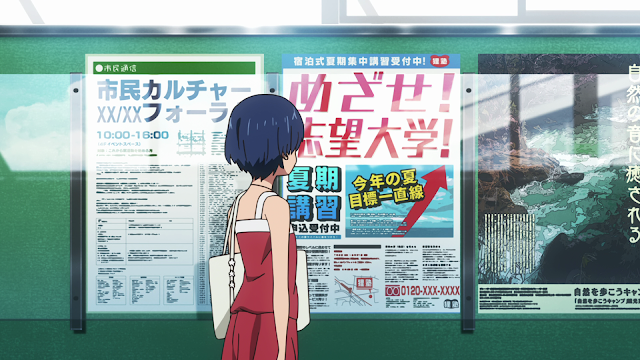 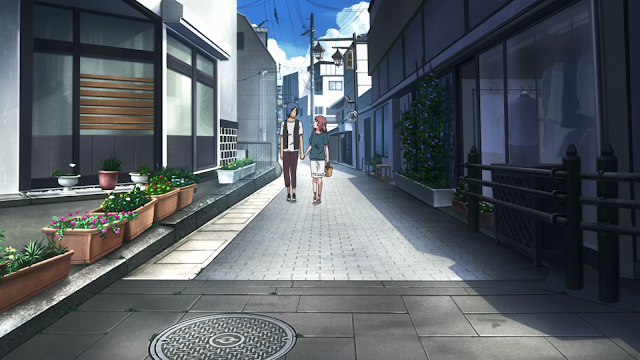 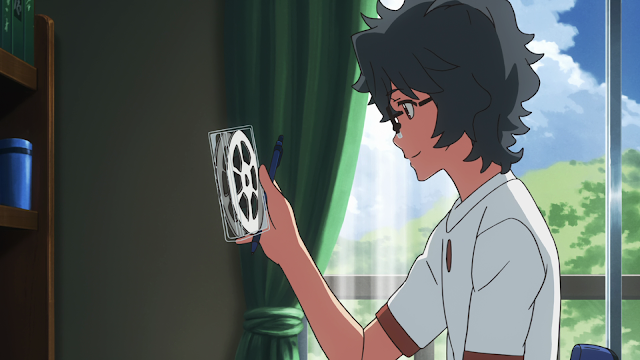 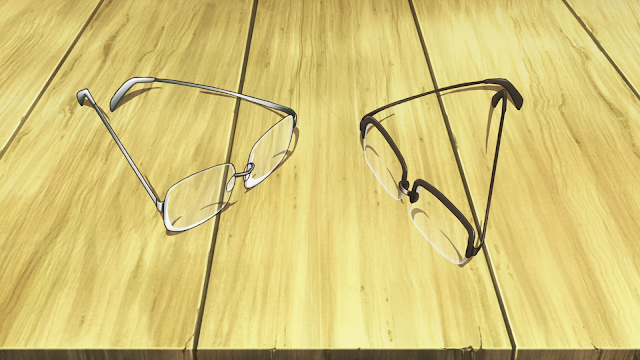 After the OVA finishes, audiences are left with a warm glow: it was remarkably nice to see all of the characters interacting again. Watching Kaito, Tetsuro, Mio and Kanna recall fond memories of Ichika and Remon speaks volumes to the significance of both characters’ contributions to Ano Natsu de Matteru. From the OVA alone, it would appear that Kanna and Kaito have moved on sufficiently to go on and pursue their own paths, while Tetsuro and Mio begin walking the road together towards the future. This is not an unsatisfactory ending by any means; in the three years that’ve elapsed since I wrote my old review for Ano Natsu de Matteru, I’ve bore witness to many things. Consequently, what’s happened throughout Ano Natsu de Matteru is definitely credible, occurring with the same fluidity and naturalness as one would expect with real people. News of any continuations to Ano Natsu de Matteru has largely been non-existent, and while it would be quite meaningful to see whether or not Kanna and Kaito can respectively find new happiness and reunite with Ichika, it would appear that at present, this outcome is left as an exercise to the audience.